ULTIMATE showman Nick Kyrgios was up to brand-new tricks – as he produced a never-seen-before underarm serve between his legs.

Tennis fans have been wowed by Kyrgios' crazy antics on the court since he burst on to the scene in 2014. 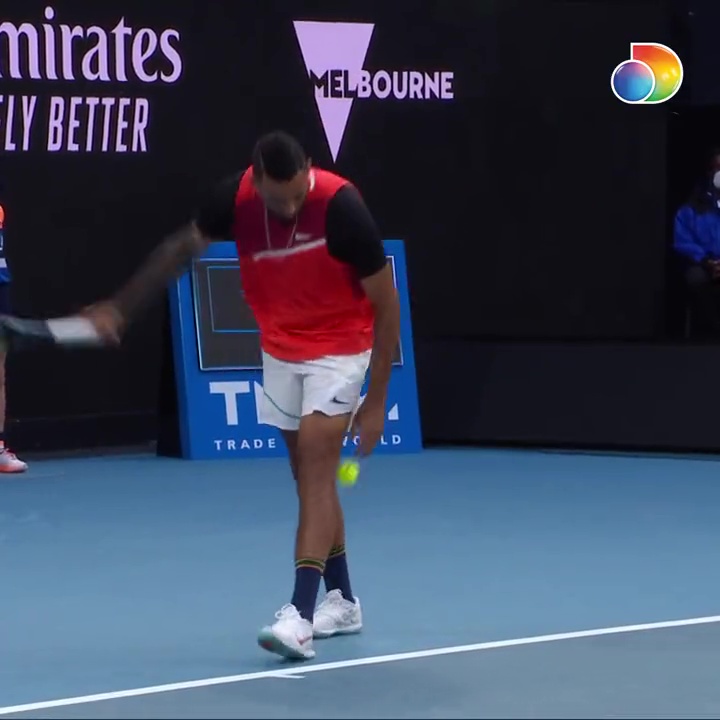 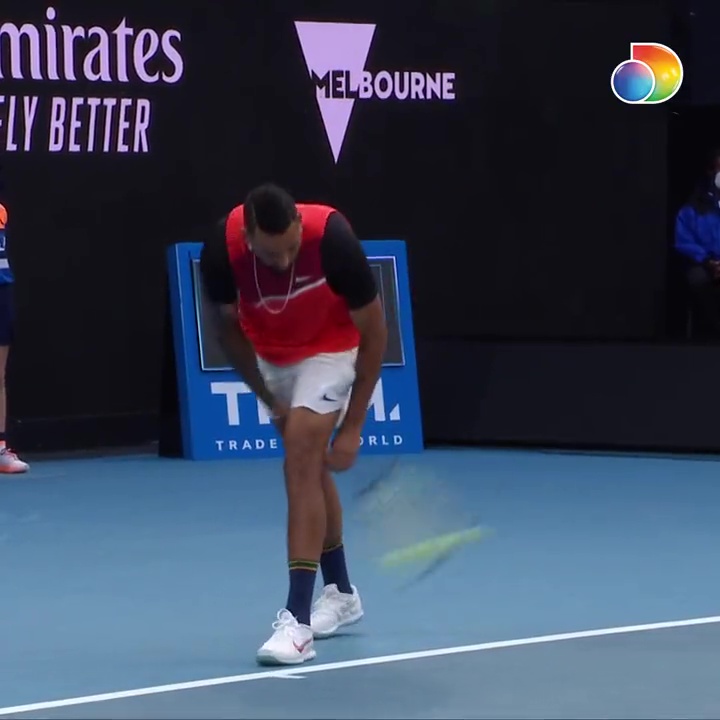 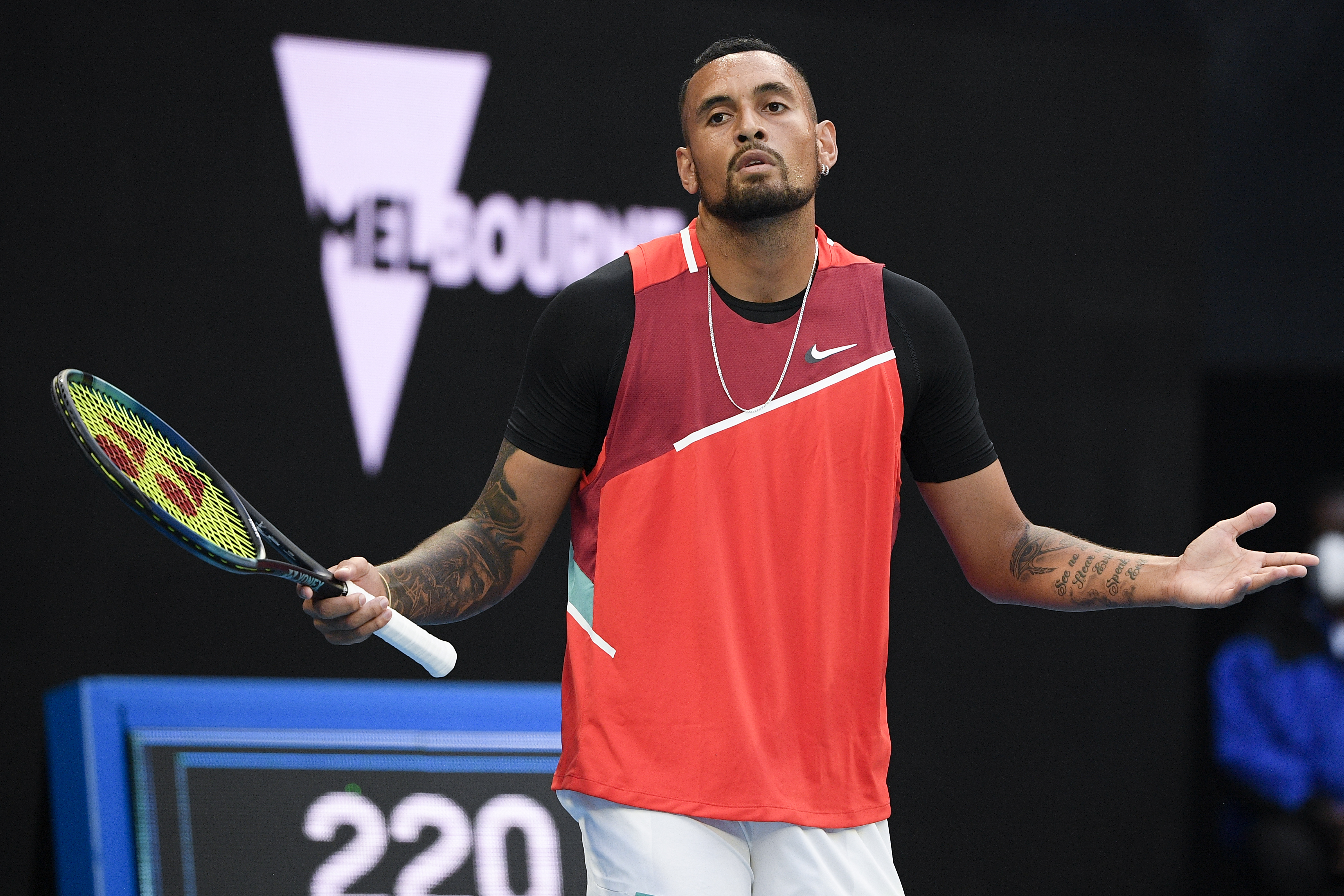 And he has made the underarm serve part of his regular repertoire.

But five minutes into his Australian Open first-round match against British qualifier Liam Broady, the maverick star delivered one combined with a tweener.

Kyrgios – playing his first match in four months – had just sent down a booming 136mph ace to move 40-0 up in his opening service game.

And then he stepped up to the baseline with Broady preparing for another rocket from the far end.

Instead, the Aussie, 26, dropped the ball from knee height and with a flick of the racket through his legs, dinked the ball over the net.

But he managed to fizz it with so much side spin that it jumped wickedly left after bouncing in the box.

Broady, 28, was on his toes and ready to race in for the short ball.

But as the ball came in towards his body, his skewed one-handed backhand attempt drifted long as the crowd erupted.

Fans on social media were amazed by the ingenuity.

Another wrote: "A tweener – there is hope for my tennis yet. Might be able to manage this serve. Kyrgios – wonderfully entertaining whilst simultaneously a hint disrespectful."

But a third grumpy spectator added: "He's so embarrassing these days. Playing and celebrating that is child's play."

The underarm tweener serve helped Kyrgios on his way to a 6-4 6-4 6-3 win over the Stockport star.

But, as usual, there was plenty more fun and games.

Kyrgios volleyed a stray ball into the crowd with his racket handle, booted another with his foot and attempted another similar underarm tweener serve.

But he got that one horribly wrong before playing a mid-rally tweener then flashing a forehand winner up the line.

Both players were clearly enjoying themselves, breaking into laughter when a fan shouted at Broady to give it a go.

Kyrgios did get frustrated with the constant boo-like 'siu' noises from the raucous John Cain Arena crowd that also confused Andy Murray after his marathon win.

The former quarter-finalist from Canberra did admit to 'creating this s***show' with his showman personality and then jokingly did a Cristiano Ronaldo celebration after wrapping up the win.

Kyrgios, who contracted Covid last week, hit 81 per cent of his first serves – then revealed that was all he could practise during his isolation until Sunday.

The world No115, who faces No2 seed and favourite Daniil Medvedev next, said: "I served f***ing well today.

"When I tested positive it wasn't great news. I had some doubts, I couldn't ask for a better team honestly. My girlfriend was there for isolation.

"The first couple of days I was bedridden. I was concerned I wouldn't be physically ready to play. I'm so excited to be here and this is my favourite court in the world.

"Medvedev is an amazing player. I'm not thinking about that. I have some doubles tomorrow."

And as he signed autographs and posed for selfies, Kyrgios' final act was to take a sip of a fan's beer.

After initially hesitating, he then delighted his home faithful one last time with the cheeky swig. 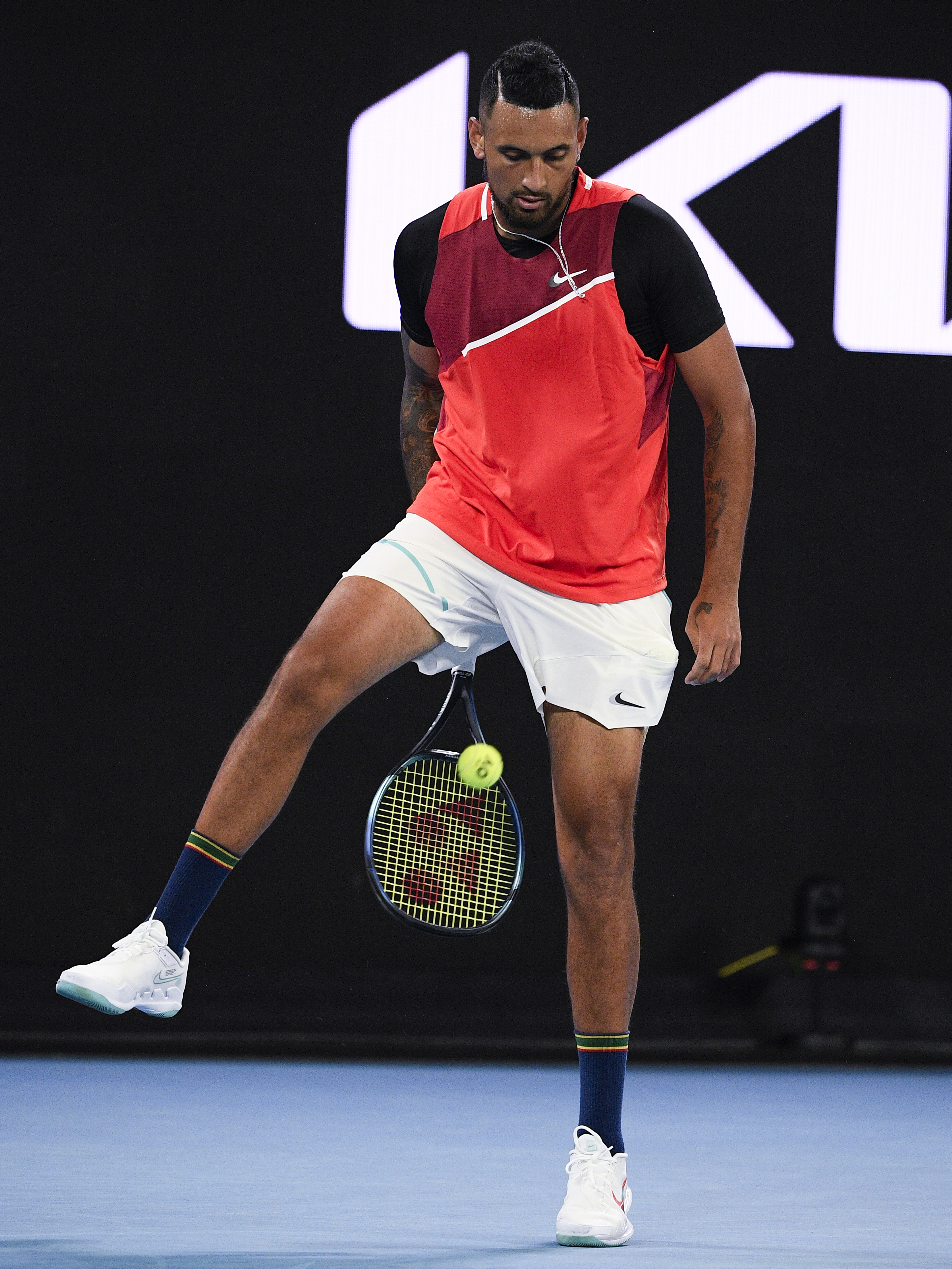 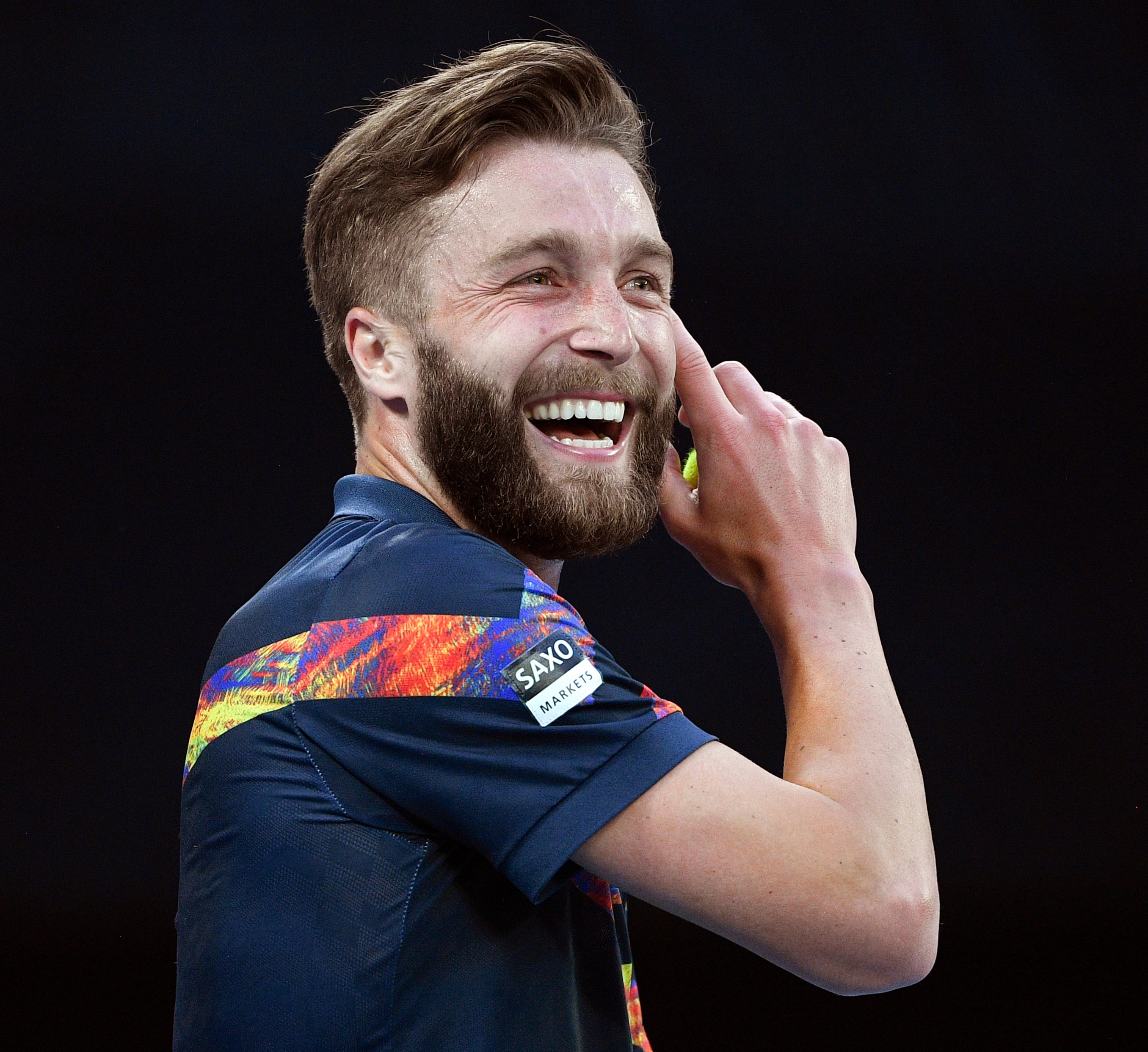 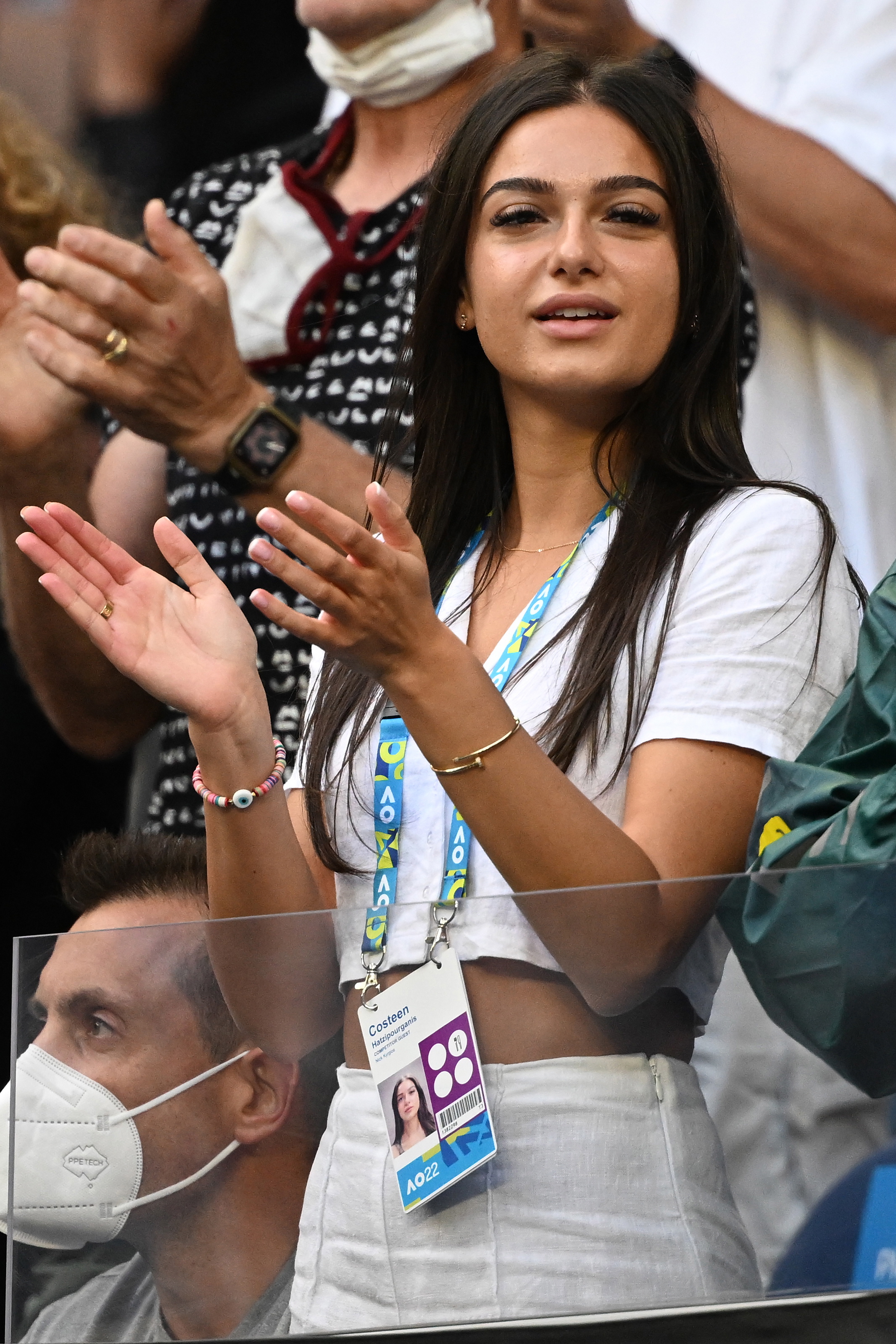 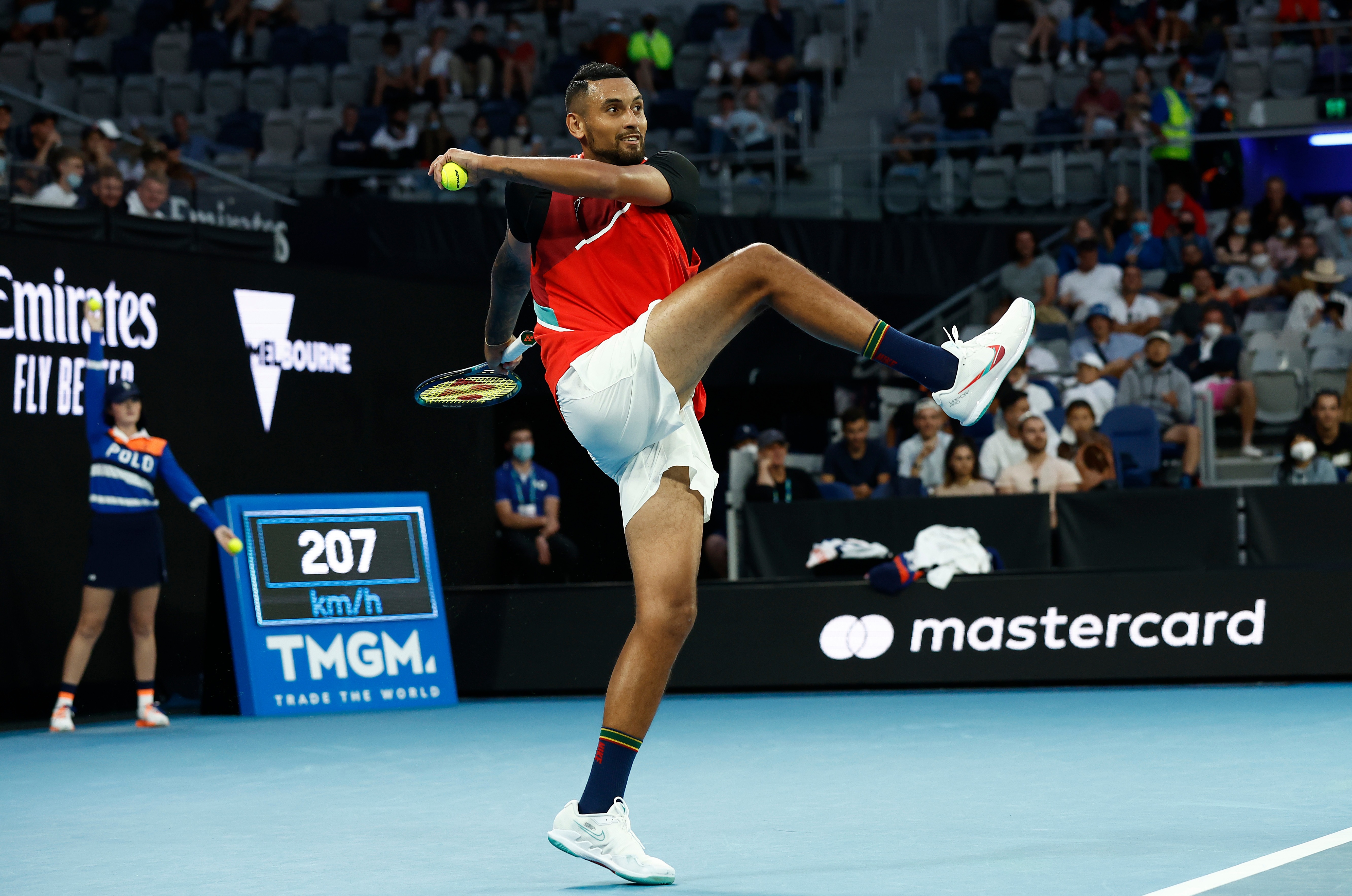 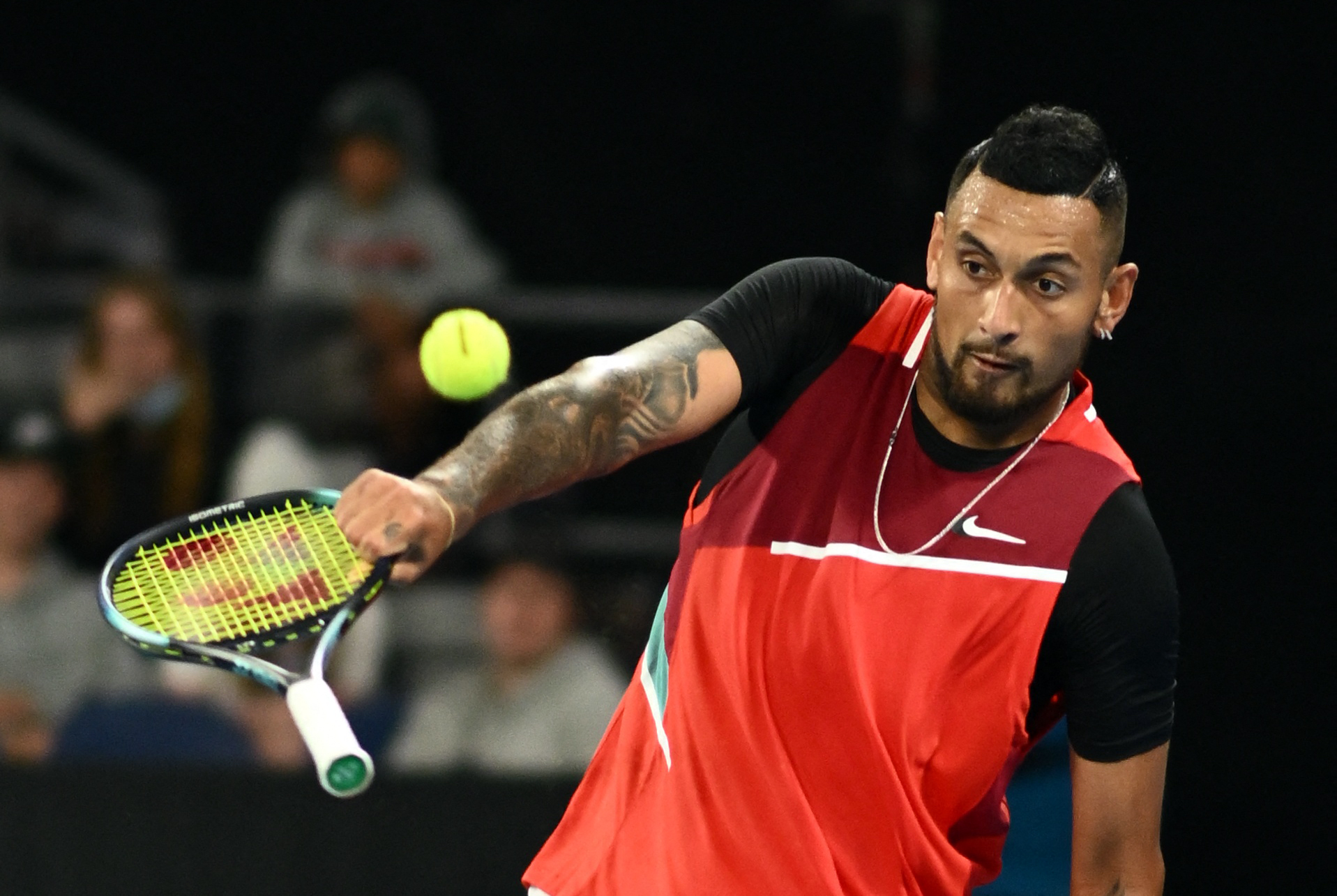 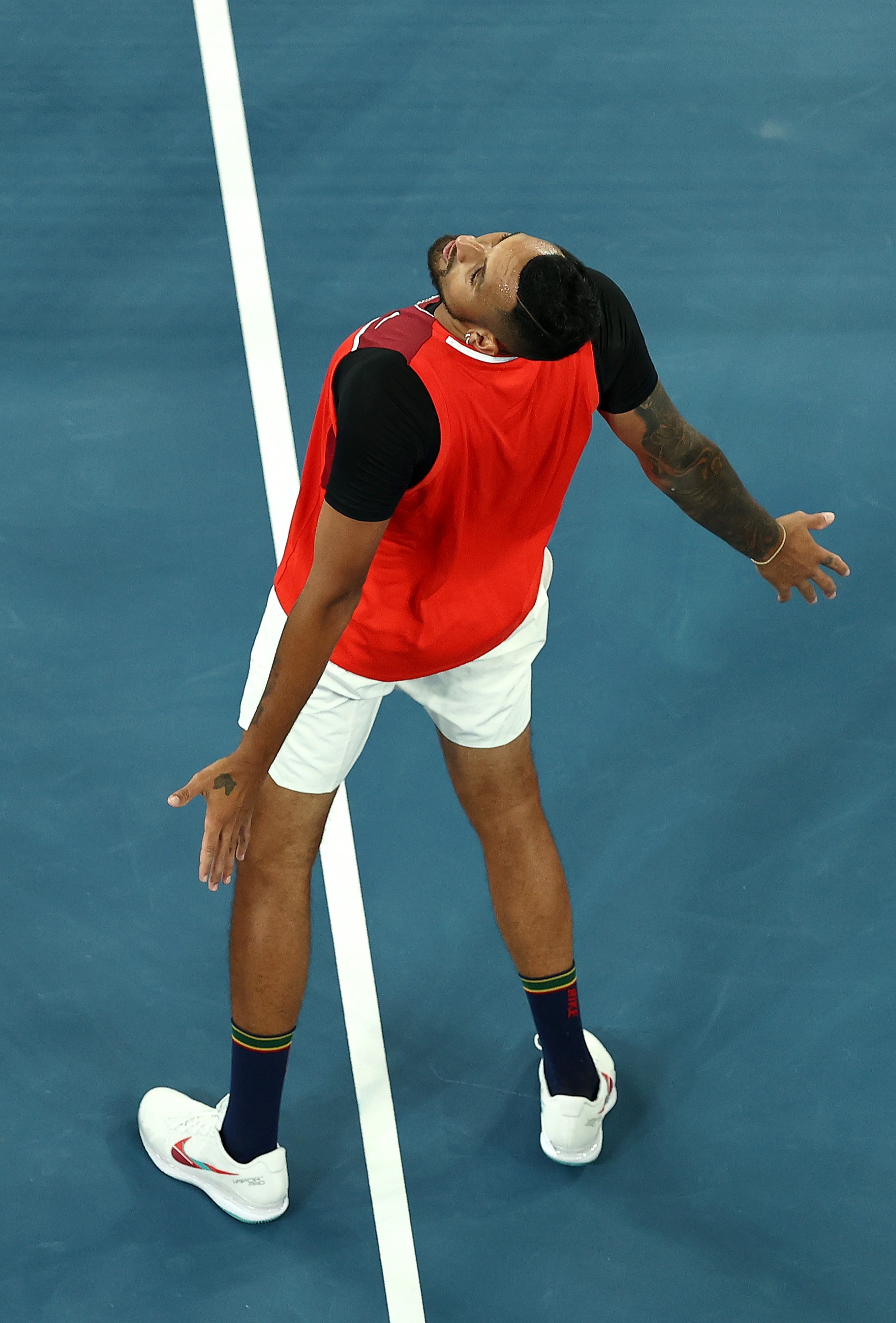