SERGIO AGUERO was given a guard of honour ahead of his last-ever game for Manchester City.

The Argentine legend, 32, will leave the Etihad on a free transfer at the end of the season after a decade of incredible service.

Aguero has helped City win FIVE titles in that time, with his iconic goal against QPR sealing the club's first-ever Premier League crown in 2011-12.

In all, the ex-Atletico Madrid ace has scored 258 times in 388 games, including 182 Premier League goals in 274 matches.

And on Saturday, Pep Guardiola named Aguero on the bench for what would be his final Prem game, with just the Champions League final against Chelsea to come next weekend.

Ahead of the game against Everton at the Etihad, Man City players lined up on the pitch to give Aguero a well-deserved guard of honour – all in front of fans finally back inside the stadium.

The striker is now set to join Barcelona on a two-year deal, with City expected to turn to wantaway Tottenham star Harry Kane to fill the void left by 'Kun'.

Ahead of the game, Aguero emotionally thanks fans for their support during his decade-long stay at the Etihad.

The Argentine said: “My message to the fans is: ‘Thank you. Thank you to the City fans for always supporting me.

"I owe a lot to the people at this club because I have the City fans to thank for everything. 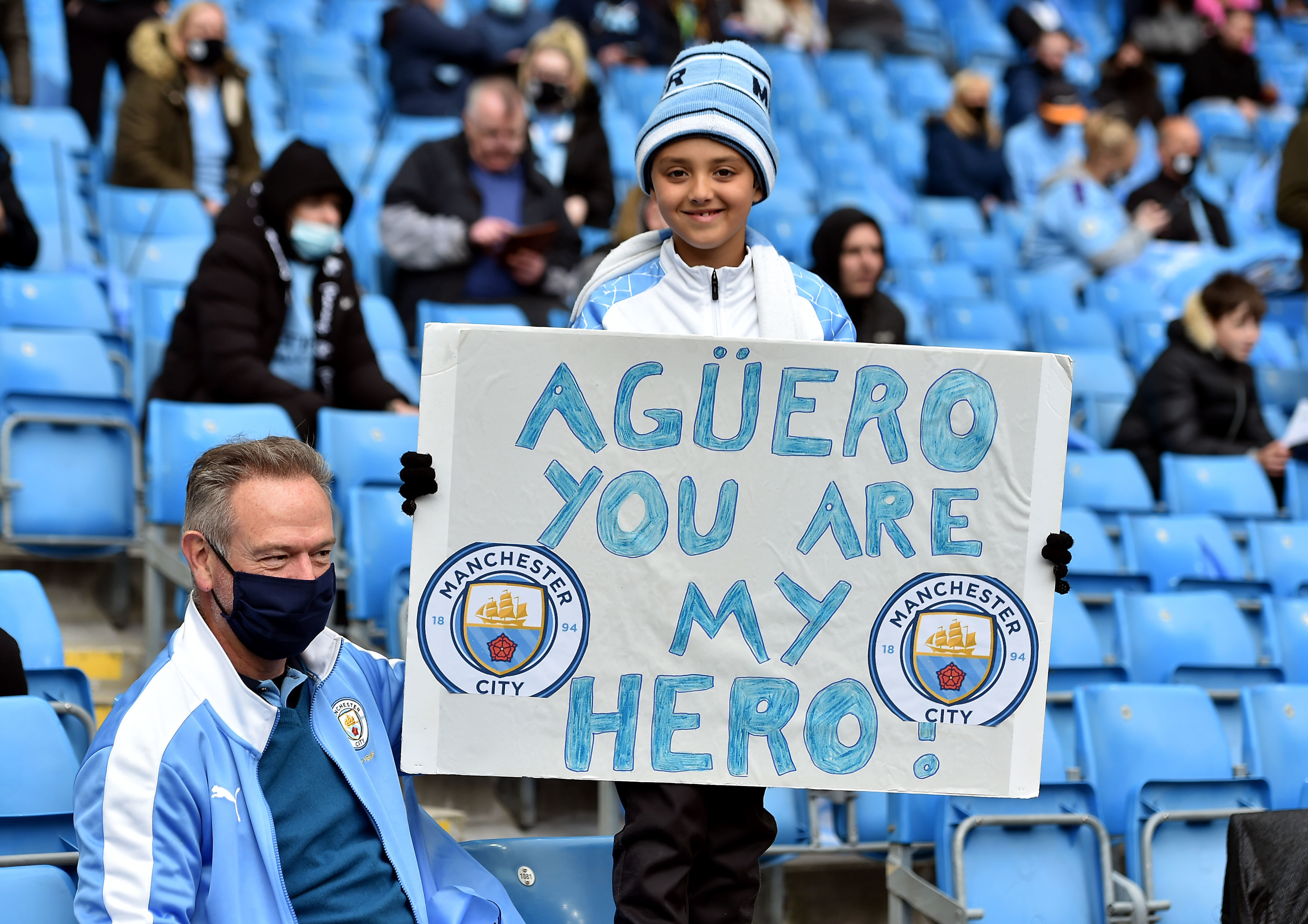 "I just want to say thank you and hope that they enjoy this moment.

“When I arrived here, I didn’t expect things to go as well as they did because I was the back-up striker at Atletico Madrid.

"Things went really well. I didn’t expect it but luckily, I started feeling really comfortable at the club and my team-mates helped me a lot.

"We have won a lot of games. I leave here feeling very satisfied with what I have achieved here.

"Manchester will always be one of my homes."