CONNOR ROBERTS took a shot STRAIGHT in the crotch against Turkey – and fans felt it.

The right-back made an important block in Wales' group stage game against Turkey as he got in front of Umut Meras' effort. 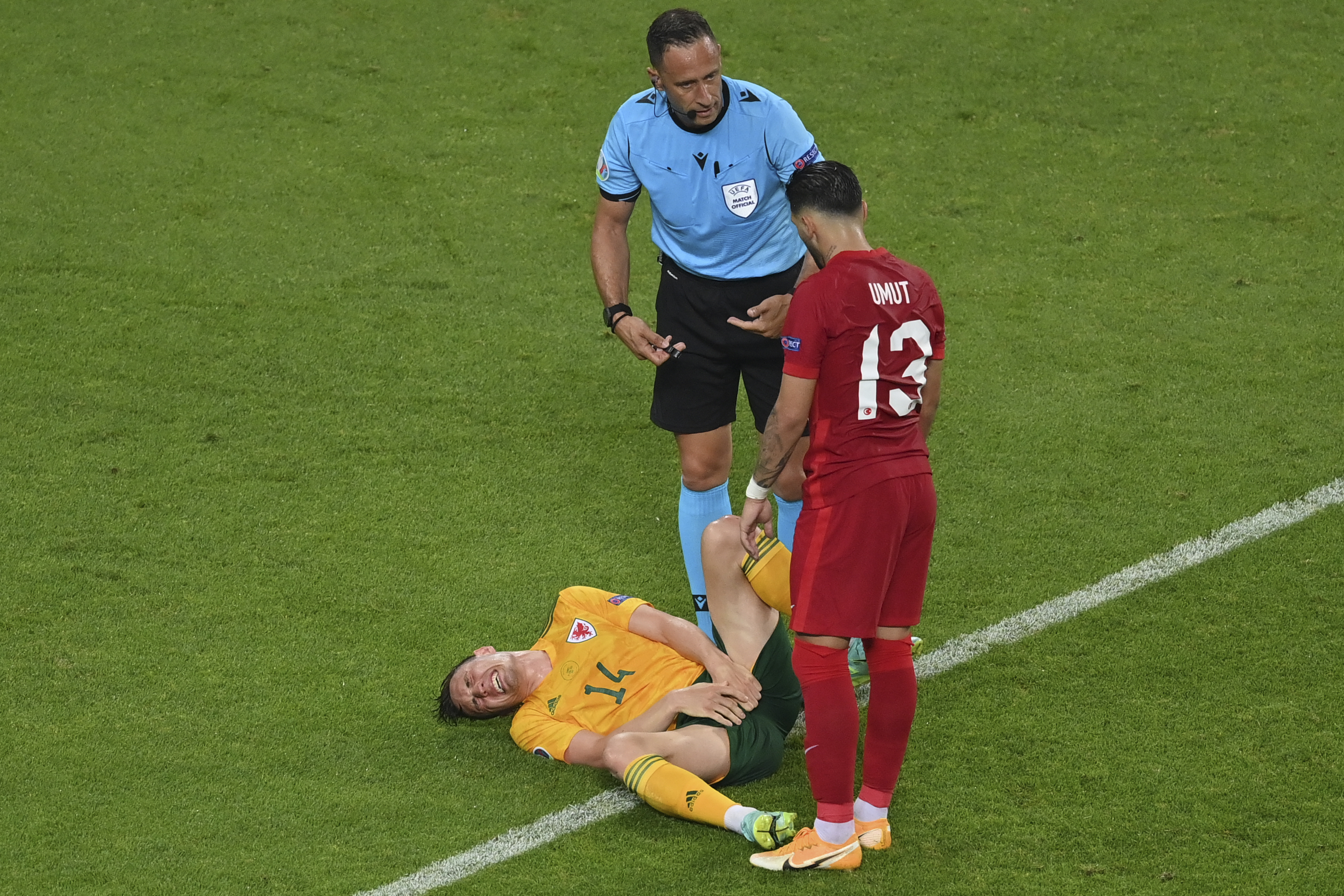 But viewers were left wincing as replays revealed it struck the Swansea defender directly in the crown jewels.

Turkey players protested for a penalty – only to be told by the referee exactly where it hit Roberts.

One Twitter user posted: "Can you feel a gif?"

Another commented: "If it’s on the internet, it’s forever."

One tweeted: "Right in the cardiff and swanseas."

The block from man of the moment Roberts proved decisive as Wales held out for a 2-0 lead.

He and Juventus' Aaron Ramsey were on the scoresheet, as they remained unbeaten in the tournament, following their opening game draw with Switzerland.

Wales travel to Rome on Sunday to play Italy knowing they are almost home and hosed for the last 16.

Gareth Bale, who spent the season on loan at Tottenham from Real Madrid, played a cross field pass Ramsey, who opened the scoring on 42 minutes.

Bale later missed a penalty in the second half, which would have put the result beyond doubt.

But he helped set up Roberts after a short corner saw him dribble into the box and set it on a plate.

Wales' resilient defending also helped them go top of their group with a first win of the delayed European Championships.