Wrestling chief Nick Khan whet the appetite of fans by confirming both superstars will be back with the brand. 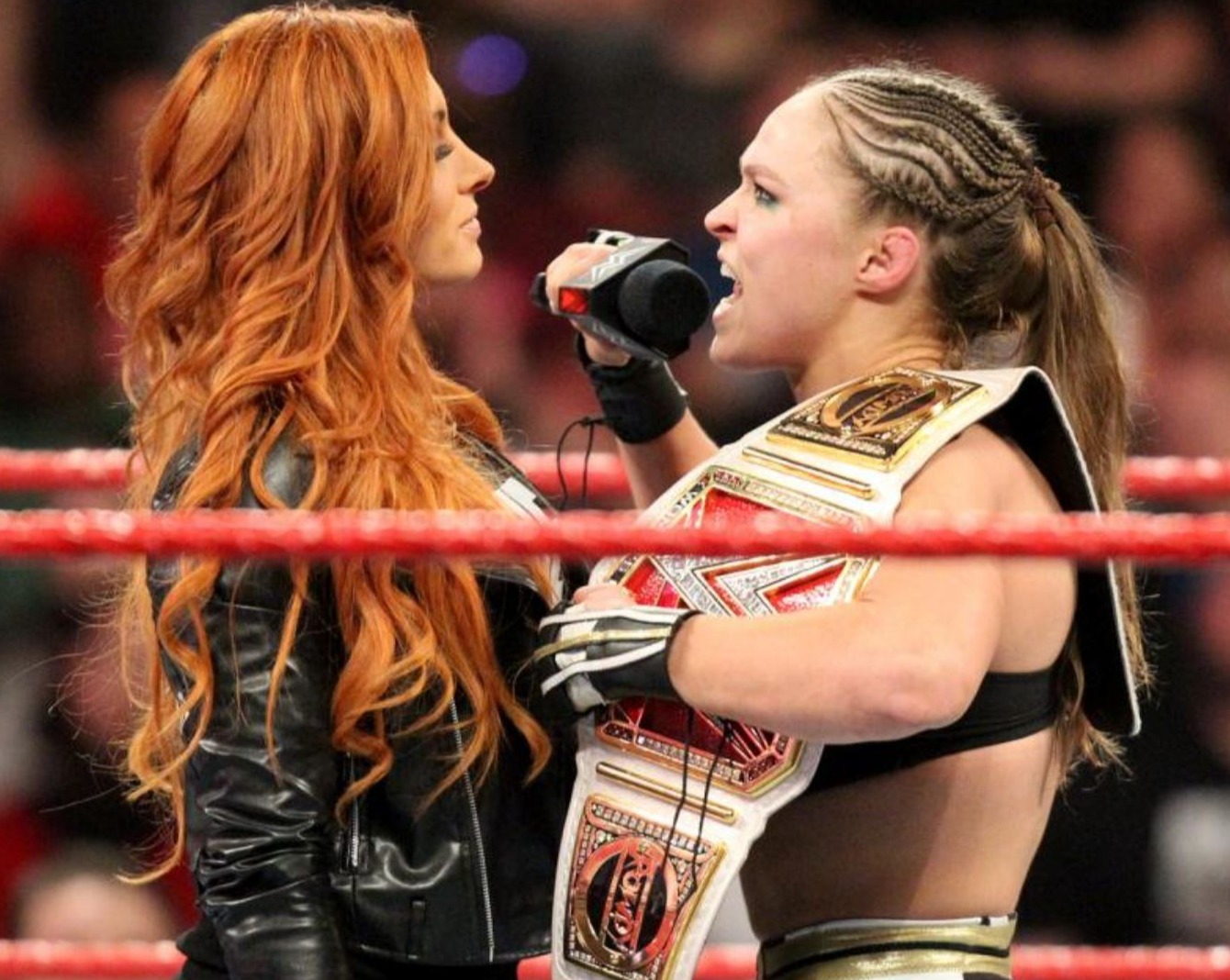 And Lynch relinquished her Raw Women's Title in May when she announced she was pregnant.

WWE president Khan said: "Ronda is going to be coming back at a certain point in time.

"Becky Lynch, she just had her first baby, she will be coming back at a certain point in time in the not too distant future."

His words came just days before the biggest event of the year with Wrestlemania 37 taking place this weekend in Tampa, Florida.

GRAND NATIONAL: GET £140 IN FREE BETS FOR FESTIVAL AT AINTREE

And the couple’s dog and cat were both rested nearby as well to add a real family feel – and it received over a quarter of a million likes.

Rollins captioned the photo with: “Don't think I can cram more love into a single frame.”

UFC great Rousey, meanwhile, famously arrived on the wrestling scene at the 2018 Royal Rumble and debuted at that year’s WrestleMania.

She worked a full-time schedule with the company and soon captured the Raw Women’s Title until Lynch controversially took it from her at WrestleMania 35 in April 2019.

Rousey has not been seen on WWE TV since after taking time away to try and start a family with husband Travis Browne, despite dropping several hints of a comeback.