TRAVEL chaos has been sparked on the M25 and A2 after a lorry hangs off an 80ft bridge after smashing through the barriers.

Commuters face hours of tailbacks as emergency services arrived at the scene of the crash on the Dartford interchange on the M25. 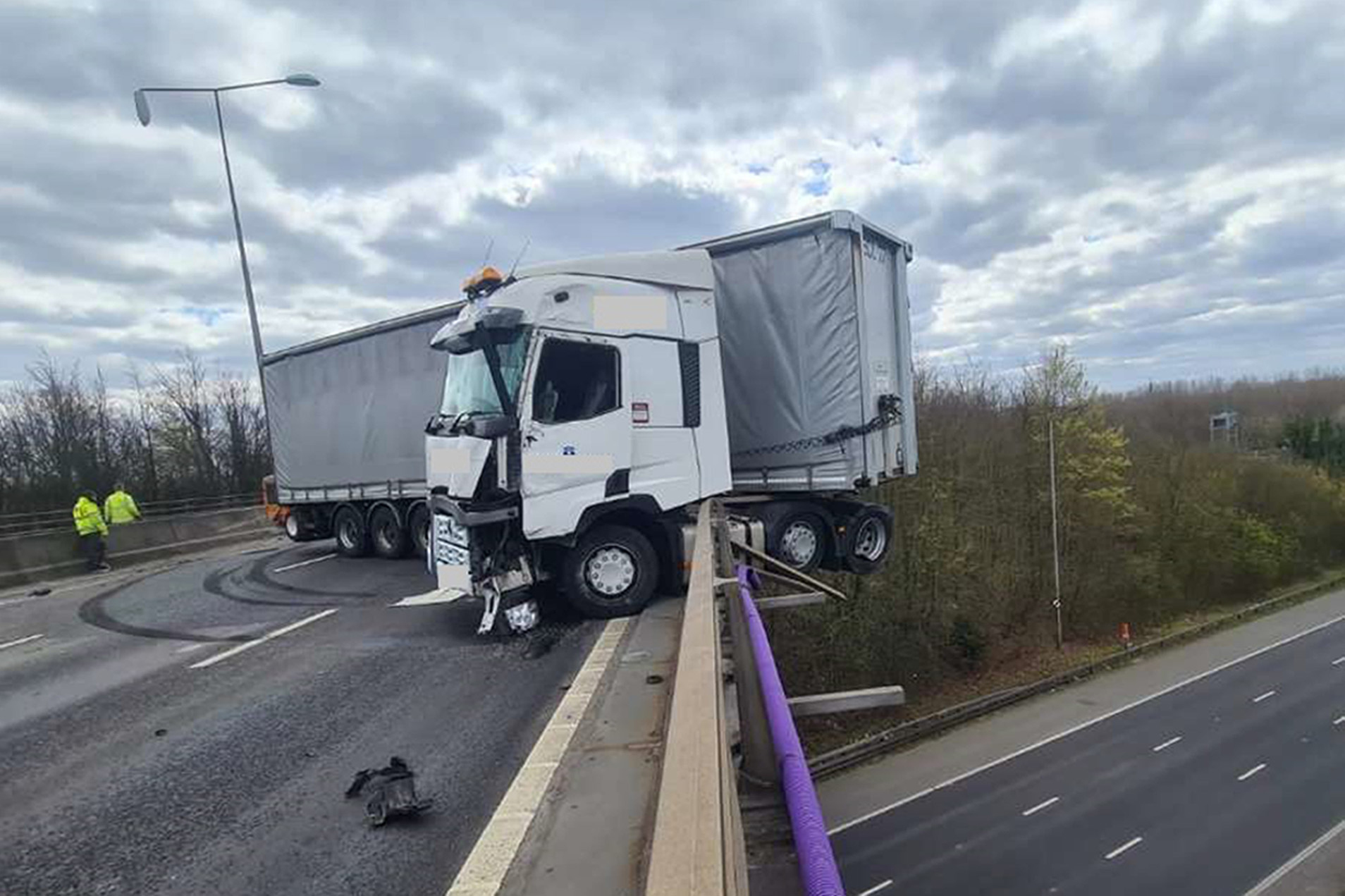 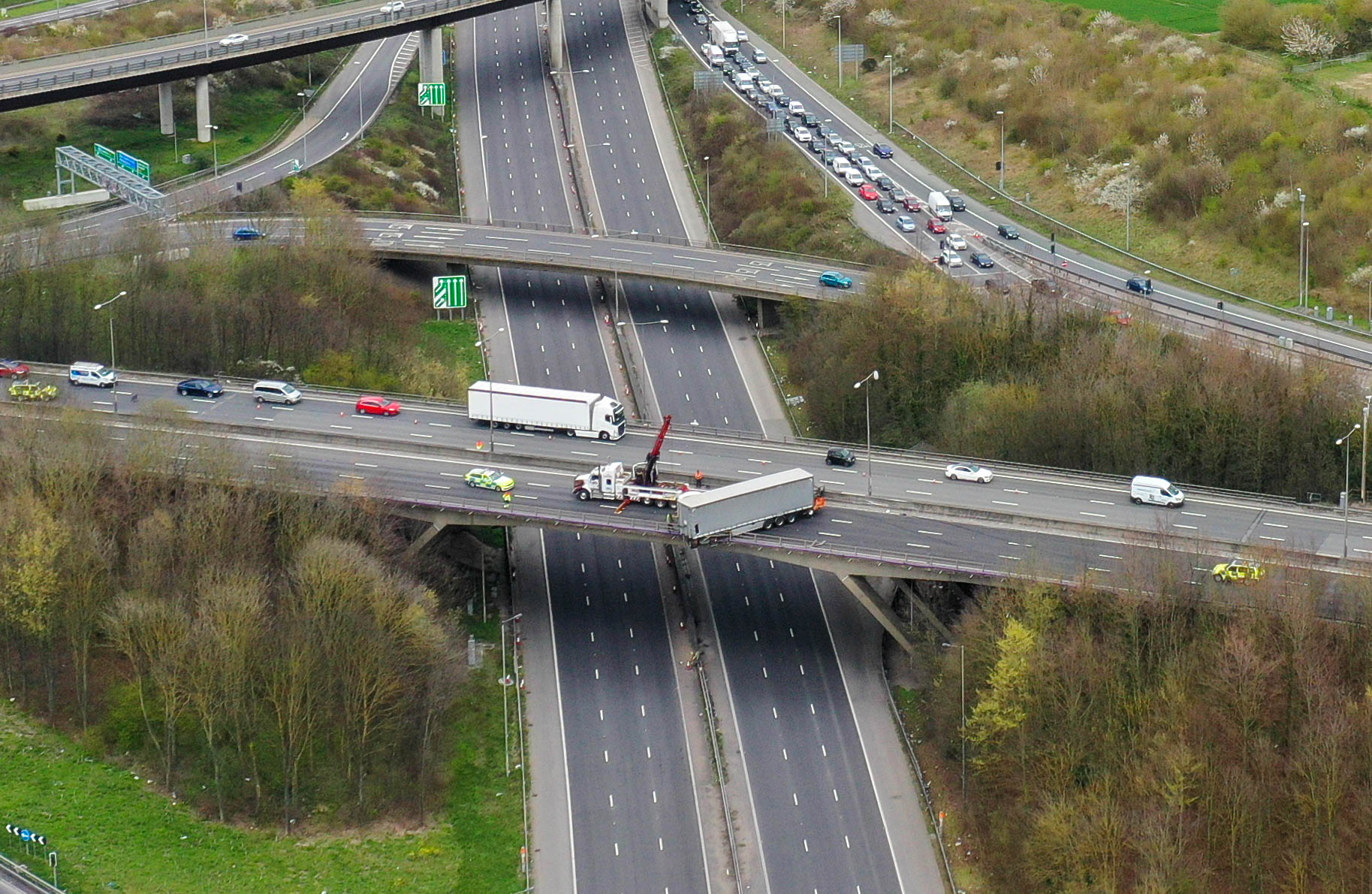 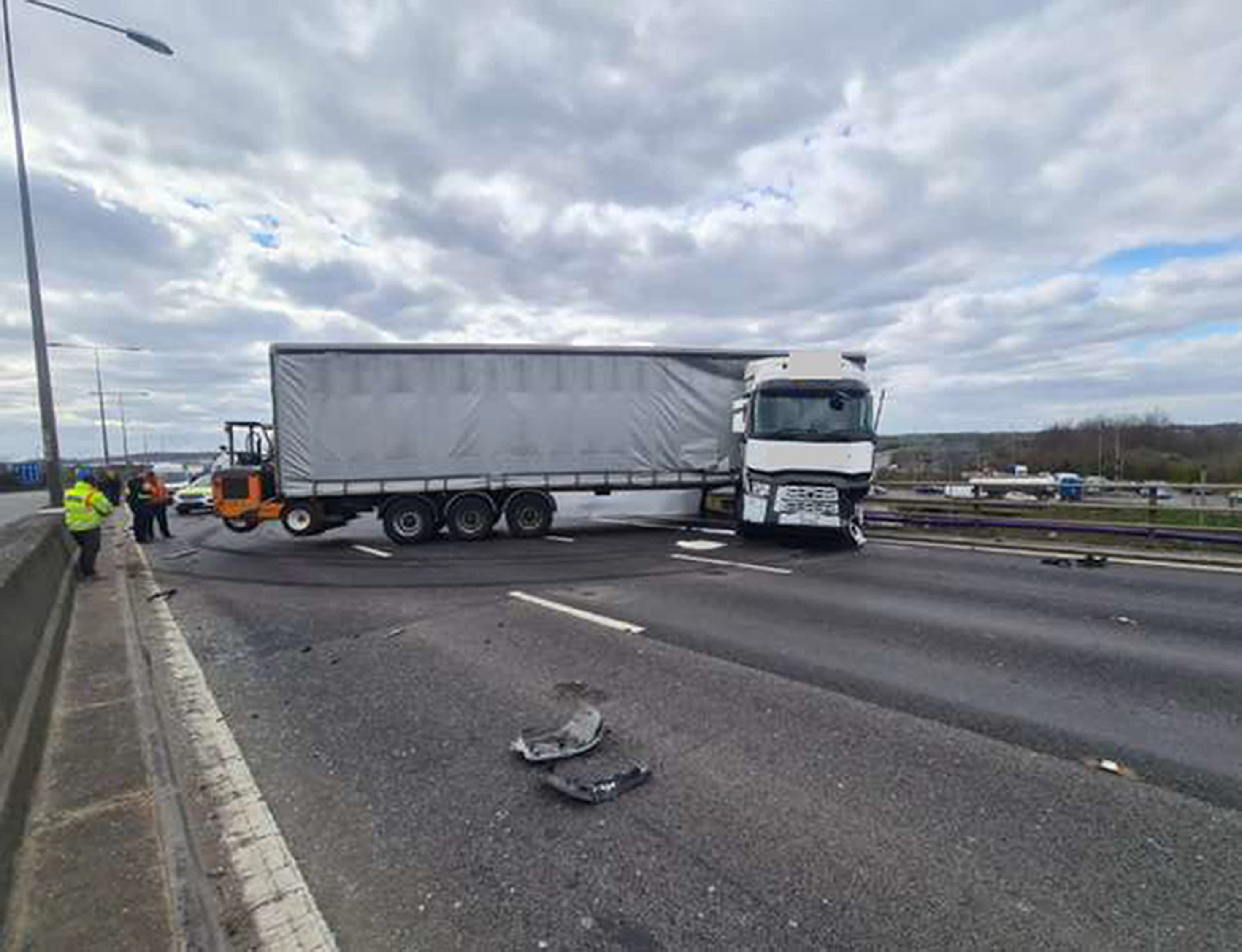 Dramatic images on social media showed the rear wheels of the tractor section of the truck could be seen over the edge of the 80ft drop of the flyover over the A2 dual carriageway with the cab turned back into the road.

It is not clear at this stage if there have been any injuries.

Highways England said the motorway was closed anticlockwise at junction 2, and that the A2 was shut in both directions at the Darenth interchange after "significant damage" was caused to the barrier.

Six miles of traffic has built up near the Dartford crossing in Kent after only one clockwise lane on the M25 is open.

Six miles of traffic has built up near the Dartford crossing in Kent.

There are also delays on the A2, Highways England says. 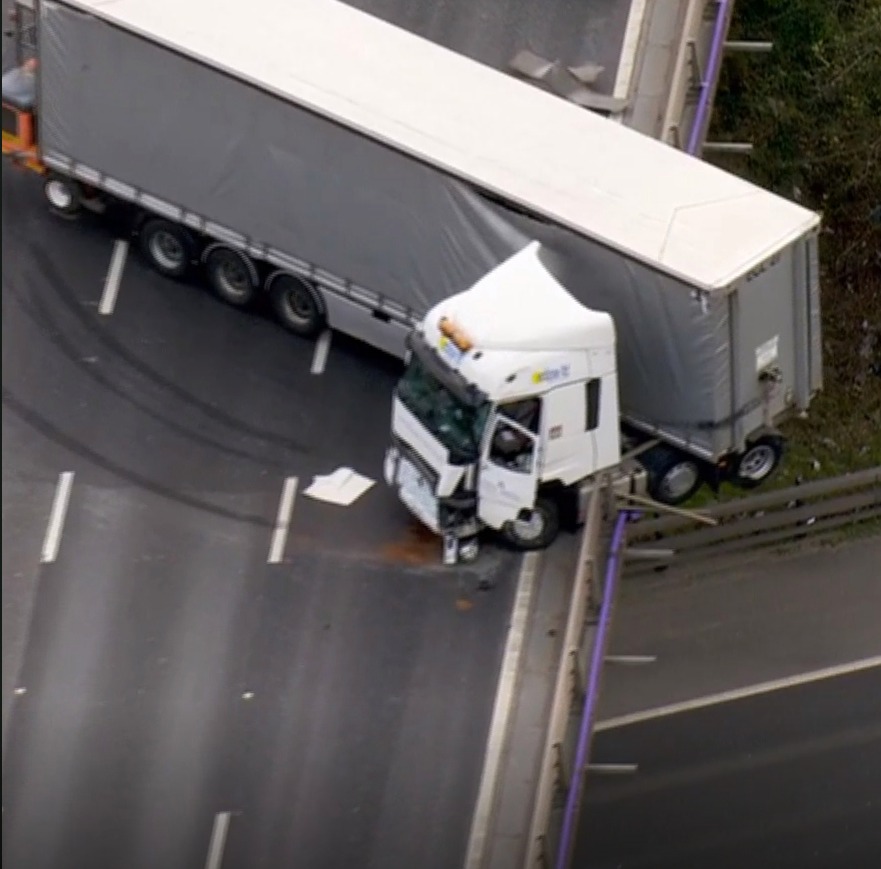