3 jail guards in Georgia charged in beating of detainee 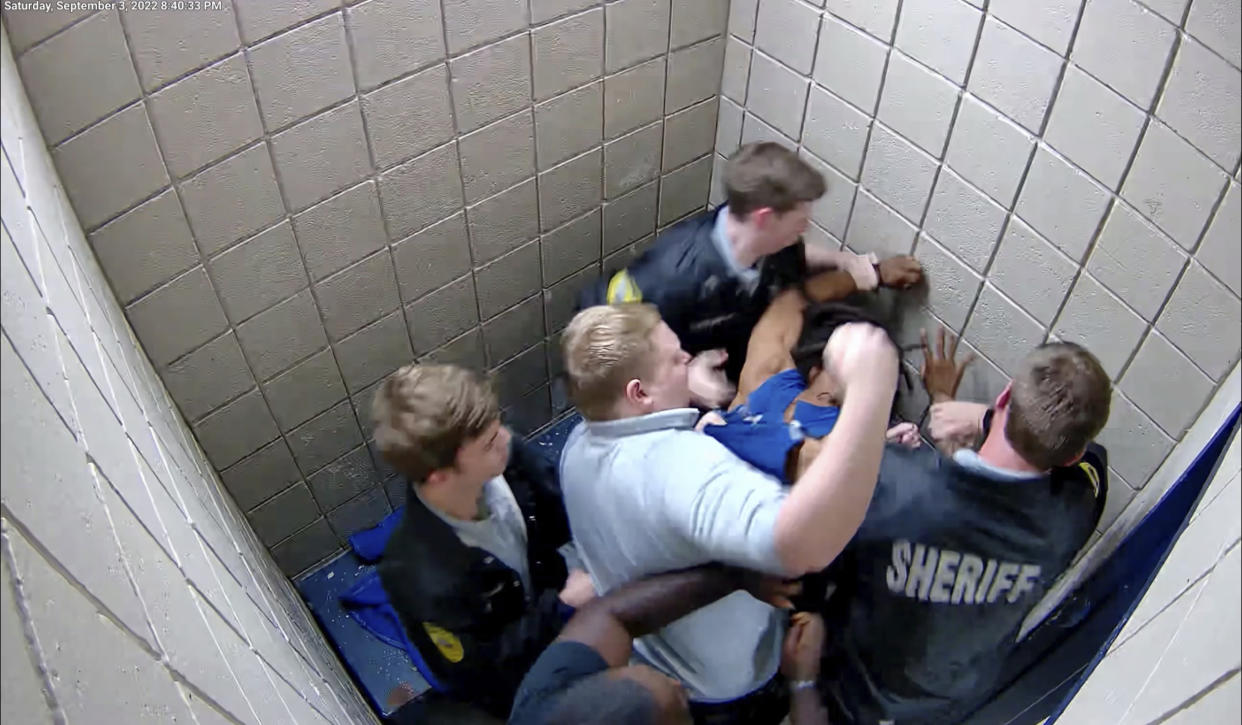 ATLANTA (AP) — Three jail guards in Georgia were arrested Tuesday on battery charges in the September beating of a Black detainee at a county jail that was recorded by security cameras, authorities said.

The arrests came after an attorney for the detainee released the video last week.

Camden County Sheriff's employees Mason Garrick, Braxton Massey and Ryan Biegel were also charged with violating their oath of office, the Georgia Bureau of Investigation and Camden sheriff's officials said. The three deputies who were charged are white, according to Capt. Larry Bruce, a spokesman for the Camden County sheriff.

It was not immediately clear whether they had attorneys.

“I believe that a majority of men and women who wear a badge in this country truly seek to protect and serve,” he said. “Unfortunately, some discredit the profession, the badge and the oath they swore to uphold. This is why we’re standing here today.”

Two other sheriff's employees are facing disciplinary action in the incident, according to the sheriff’s office.

I believe that a majority of men and women who wear a badge in this country truly seek to protect and serve. Unfortunately, some discredit the profession, the badge and the oath they swore to uphold. This is why we’re standing here today.GBI Director Michael Register

Hobbs, who is from North Carolina, had been booked into the Camden County jail in coastal Georgia on Sept. 3 on traffic violation and drug possession charges. Security video from that night shows him standing alone in his cell before five guards rush in and surround him. At least three deputies can be seen punching him in the head and neck before Hobbs gets dragged from the cell and hurled against a wall.

Register said guards wanted to remove Hobbs from an isolation cell because of his behavior. He did not elaborate. That contact led to a struggle and Hobbs was struck multiple times, he said.

Daniels has asked the U.S. Department of Justice to investigate the incident as a potential hate crime.

“This is just the first step toward justice,” he said in a statement.

The local district attorney asked the GBI to investigate after the video was released, Register said. As part of the probe, the GBI met with Hobbs. Register said Hobbs had been released into the custody of federal authorities investigating criminal activity, though he did not specify what that was.