Home » World News » Afghan tragedy: The comrades of those who survived are ‘dead or in fear for their lives’

Afghan tragedy: The comrades of those who survived are ‘dead or in fear for their lives’ 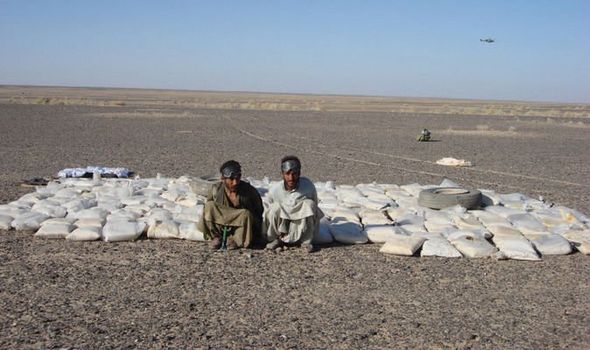 Hour by hour, as he watched the race to evacuate Westerners and their Afghan helpers from his native Kabul become ever more desperate, Eddie Idrees was filled with impotent rage. For eight years, Eddie, 36, was a senior interpreter, first for US Special Forces and later for the SAS, conducting more than 500 dangerous missions against the Taliban.

Now, from his new home in Britain, he sees the country of his birth, and the country he fought for, descending back into the extremist hell that has twice made him an exile.

And he fears for those Afghans who, like him, worked for Britain, the US and their Coalition allies over the past 20 years but who, unlike him, did not make it out.

“It is heartbreaking and I can imagine how they feel,” he says. “I still get nightmares about being stuck in Afghanistan. I am safe now, but these people are still living the nightmare. I believe they have been abandoned and betrayed.”

Eddie, who became the first Afghan interpreter to parachute into action on a mission during his time with the SAS, had to seek asylum in Britain in 2012 after he refused to collude with Afghan police corruption.

Threats to him and his family made it too dangerous to stay. Understandably, for security reasons, Eddie Idrees is not his real name.

Of his 17 friends who served with British and US troops during Eddie’s eight years as an interpreter, only one, also now in the UK, survived. The others were either killed in action alongside him, or were subsequently killed by the Taliban, he says.

“They had their heads cut from their bodies or were shot,” he says. “Recently many more interpreters have been beheaded, some in Kandahar that I knew and another guy in Khost that I knew as well.

“I know of Afghan special forces commandos who were executed and this was just two weeks ago. It is incredibly difficult to watch as a civilian now, knowing I can’t do anything about it.”

After writing a book about his time serving shoulder to shoulder with US and British soldiers, called Special Forces Interpreter, Eddie is bitterly frustrated at the American decision to withdraw troops which opened the door for the swift Taliban takeover.

“They have left Afghanistan in a situation that we never expected,” he says. “Over the last 20 years, 66,000 Afghan forces have been killed and (President) Biden was saying they won’t fight!

“More than 3,000 interpreters got killed too, and all for the cause of giving freedom to Afghan women, and for Afghan children to have a future to live as they want to, not under Sharia law.”

It is like we are seeing our souls leaving our bodies; like seeing our own death, and this after 20 years of dreams, of hard work, of sacrifice

Eddie was just a child when he first had to flee his homeland, with his father, a Colonel in the Afghan Army, and his mother, a university lecturer, during the Afghan civil war which ended with the Taliban in power from 1996 until the US-led coalition invaded the country in 2001.

Living as refugees in Pakistan, his family were at least able to send him to school, so he learned English.

He returned to Afghanistan once for a month-long visit, as a 13-year-old, with his cousins, and was given a stark insight into the brutal Taliban regime. “I went to the football stadium to watch a football game and they stopped the game at half-time and brought someone onto the pitch and executed him in front of everyone. They shot him in the back of the head and he just fell down and I can never forget that,” Eddie says.

“To this day I don’t understand how people moved on quickly on that day. They had to get rid of the body and just carry on the match but that was how normal it was back in the days when the Taliban were in power.

“I was beaten, too, and forced to pray, even as a kid. That is why I want no one to have to live under the Taliban,” he says.

When he was 16 he was determined to serve his country and so ran away from his family in Pakistan.

He says: “I was sick and tired of (my country) living under the Taliban. I wanted to join the military but there was no Afghan army back then so I decided to go and work for the US as an interpreter.”

He got a job as a labourer, digging ditches, in order to access Bagram Air Base, and once there he told US officials he could speak English and the special forces took him on and trained him.

He says: “They only asked one question, ‘If you see a Taliban, would you be prepared to kill him?’ I said, ‘Yeah!'”

From 2004 he worked for US special forces before being assigned to the US Army Counter-Insurgency Academy in Kabul, then in 2009 he was redeployed to the SAS. Missions included breaking into a Taliban jail to free prisoners about to be executed, intercepting Taliban radio communications and interrogating captured Taliban fighters.

He grew to despise the extremist group even more during operations, including one raid on a compound when one of the Taliban tried to use his young daughter as a human shield to protect himself from coalition bullets.

During a raid on another Taliban compound, he recalled: “I was interrogating the members of a family and told one white-bearded old man — 70 years old at least and barely able to walk — that his answers did not tally with those given by his granddaughter.

“He denied having a granddaughter and when I pointed out the girl in question, he got really offended and angry as he said, ‘That is my wife.’ She was 11 years old.”

As the Foreign Office works its way through an email backlog trying to identify the Afghan helpers who couldn’t get to the airport or didn’t even dare to come out of hiding, Eddie is keen for people to know that the work of interpreters was so much more than translating documents or office conversations. “We carried guns. We carried out searches, we had to hunt the Taliban, we had to protect prisoners, we had to carry out interrogations, we had to liaise between US and British and Afghan government officials.

“We played the role of Afghan intelligence service, of liaison officers, of cultural advisors and even political advisors sometimes,” he says. “Every mission, every op that we went on, there was a risk.”

While he decries the American decision to pull out, he has nothing but admiration for the military personnel he served alongside.

He said: “I still consider myself lucky, not just to have survived but to have done what I could, though I would have liked to have done more.

“It was not all for nothing. The politicians have wasted everything but I personally feel, like my colleagues, that we did our best and we at least made a difference to millions of people, for a short period of time, and gave them a taste of freedom.

“All those soldiers, those American, British, Canadian and others, they fought hard and they defeated the enemy while they were there. But now the Taliban are back in power, only stronger, and it is only going to get worse.”

Eddie insists Taliban assurances that women can still work, that girls can go to school, and that there is an amnesty for those who worked for the Allies, are all nonsense.

“They are trying to romanticise Taliban ideology but this is not a new Taliban. It is the same Taliban who will be more brutal because they lost so many people over time and they want to take revenge. A terrorist ideology is always going to be a terrorist ideology.”

Eddie, who since coming to the UK has earned a psychology degree and a Masters degree in international security and terrorism, believes, from local intelligence, that a deal was done with the Taliban.

He says the Afghan Army was repeatedly told by the Afghan government to retreat from provincial positions and told that it was part of a six-month strategy to deal with the Taliban threat.

When the Taliban surrounded Kabul, it was too late. He insists: “It is a complete mess. Biden ruined everything and he is to blame. Absolutely. Nobody else.

“They abandoned the Afghan Army. They made them rely on the US Air Force and contractors and then, all of a sudden, you pull out everything.

“A nation that believed in democracy and in the West and the values you hold dear was abandoned and the consequences of this tragedy, the withdrawal, will haunt the West, and especially the US, for a long time. They have given the terrorists a psychological victory.”

As for the fate of his homeland, he says: “It is just an absolute misery; a tragedy.

“It is like we are seeing our souls leaving our bodies; like seeing our own death, and this after 20 years of dreams, of hard work, of sacrifice. It has all disappeared.”

Special Forces Interpreter: An Afghan on Operations with the Coalition by Eddie Idrees (Pen & Sword, £19.99) is out now. For free delivery, call Express Bookshop on 020 3176 3832