Boris Johnson today warned time is running out to rescue people from Afghanistan ahead of the withdrawal of US forces by August 31.

The Prime Minister said the UK will continue with airlifts ‘for as long as we can’ and insisted ‘we have got the overwhelming majority’ of eligible people out.

Mr Johnson said that time is now ‘quite short’ and in the remaining hours UK forces will ‘do everything we can to get everybody else’.

However, Armed Forces Minister James Heappey this morning delivered the stark admission that the UK will not be able to rescue everyone who is eligible.

Mr Heappey said the ‘window of opportunity to evacuate people is closing’ and ‘there will be people on your TV screens over the weekend that have been left behind’.

The UK is running 11 evacuation flights today but Mr Heappey would not be drawn on whether there will be more tomorrow. 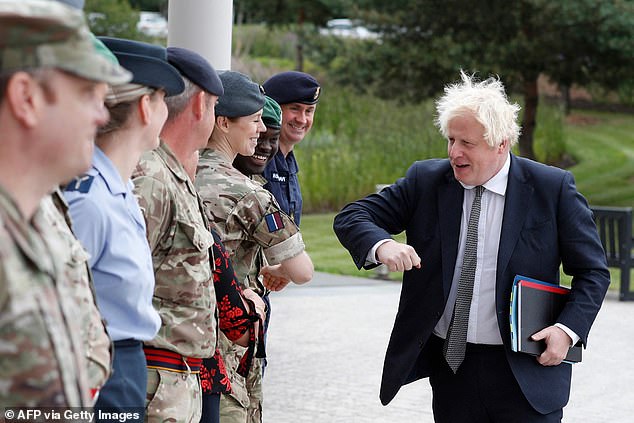 Boris Johnson said the UK will ‘keep going obviously for as long as we can’ and insisted ‘we have got the overwhelming majority’ of eligible people out. 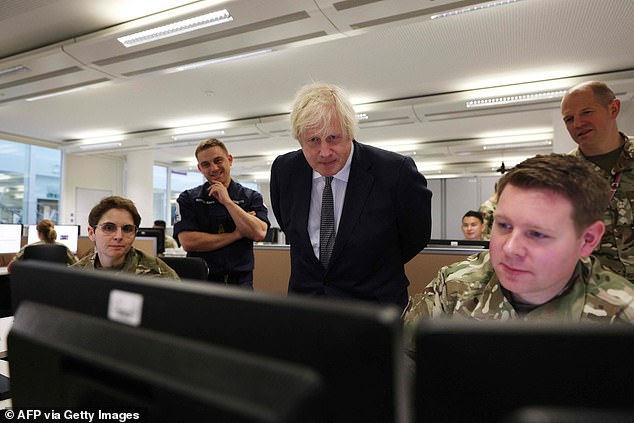 US President Joe Biden rejected calls from Mr Johnson and other NATO allies to push back his withdrawal deadline to provide more time for the humanitarian airlifts.

The UK is scrambling to get as many eligible people out of the country as possible amid fears those who worked for Britain could face reprisals under the new Taliban regime.

The chaotic final stages of the evacuation effort have also been placed under further strain after a warning that a ‘highly lethal’ terror attack could be launched within hours.

Speaking during a visit to Permanent Joint Headquarters in north London, where he met military personnel involved in the evacuation efforts, Mr Johnson said: ‘We will keep going obviously for as long as we can and I think what people should also understand is what an incredible achievement this has been by the UK military just in the last 10 days or so.’

He continued: ‘We have got the overwhelming majority of those to whom we owe that debt out of Afghanistan as I stand and talk to you now.

‘In the time we have left, which may be, as I am sure everybody can appreciate, quite short we will do everything we can to get everybody else.

‘But I want to stress that this is just the first phase so even beyond the US deadline of the 31st of this month we hope to continue to be able to say to people well, you can come out and one of the key things that we are saying to the Taliban… is to engage with the West, to unlock those funds, safe passage for those who want to come out is obviously the number one condition.’

Mr Heappey had earlier warned there is ‘very credible reporting’ of an ‘imminent’ and ‘severe’ threat to Kabul airport.

He called on those queuing outside Hamid Karzai International Airport to move to safety amid concerns over an affiliate of the so-called Islamic State in Afghanistan, known as Isis-K.

Mr Heappey conceded this morning that some people will be left behind as time runs out.

Praising the bravery of UK armed forces personnel, he told LBC Radio: ‘They are heroes and we should all be really proud of them. They have brought out 12,279 people up to 6am this morning and they have done that in 11 days from a standing start.

‘We won’t get everybody out. There will be people on your TV screens over the weekend that have been left behind.

‘But absolutely none of the paras, the pilots, anybody who has been involved in this mission should look at those TV pictures and see it as a personal reflection of their endeavours over the last few days.

‘The reality is is that we have brought out 5,000 people, already more than we thought we needed to bring out when we started this mission. It is the most remarkable effort.’

Ministers have not set out the deadline for the departure of British troops but they are expected to have to pack up and leave ahead of the Americans.

Mr Heappey would not be drawn on how much time is left for evacuations as he said: ‘Eleven more flights today. I am afraid that what I am not going to be able to do today or any of my colleagues do in subsequent days until this operation is over and all British troops are out of the country is to discuss with you in any detail the timeline before the key events happen.’ 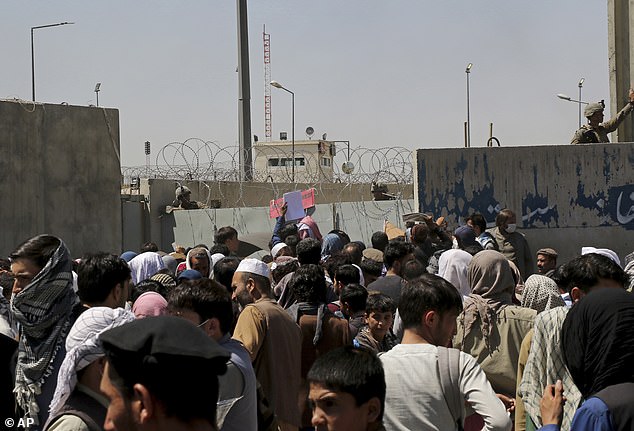 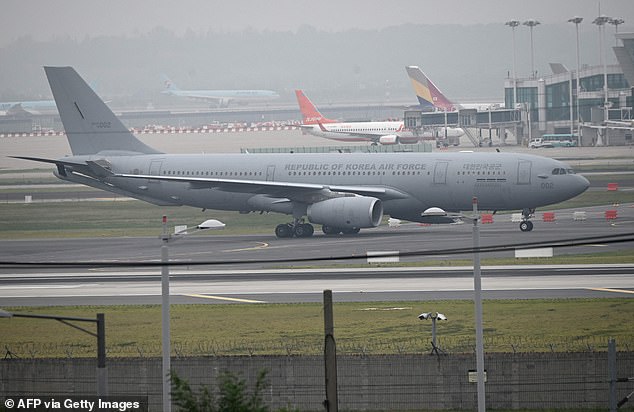 Of the 12,279 people who the UK has helped flee the Taliban since August 13 when the group was on its march back to power, some 1,988 were extracted yesterday.

On Wednesday, it was estimated that nearly 2,000 people eligible under the Afghan relocations and assistance policy (Arap) remained on the ground.

But Mr Heappey said the number outstanding has now dropped to ‘potentially half’ that.

Arap is designed to help those Afghans, such as interpreters, who helped the UK forces and who are therefore at a heightened risk of persecution by the Taliban.

Embassy staff and British nationals are also being evacuated, as are some from allied countries.

An unidentified number of ‘special cases’ may be eligible for evacuation, such as LGBTQ advocates, judges and human rights activists.

The Taliban has said it is ‘not in favour of allowing Afghans to leave’ after the August 31 deadline amid reports the group has already launched a crackdown.