Boris Johnson arrived back at the COP26 summit today begging countries to ‘pull out all the stops’ for a deal to combat climate change.

The PM will try to put rocket boosters on the final few days of negotiations after campaigners slated the initial draft declaration.

Having taken the train to Glasgow after being slated for flying in to kick off the gathering previously, Mr Johnson will insist there can be no more delay in efforts to curb temperature rises.

The premier is due to hold a press conference this evening to underline his push, although there are fears it will be overshadowed by the raging row over Tory sleaze.

The first draft of a pact that could be agreed at Cop26 emerged today, urging countries to strengthen their emissions-cutting plans for the 2020s in the next year.

A draft ‘cover decision’ also calls on them to set out long-term strategies by the end of next year to reach net-zero emissions by around mid-century, to curb warming to 1.5C.

The document, which was published by the UK Cop26 presidency around six hours later than expected, still needs to be finalised by countries attending the talks.

The summit is scheduled to end on Friday, but almost always spills over into the weekend amid last-ditch haggling. 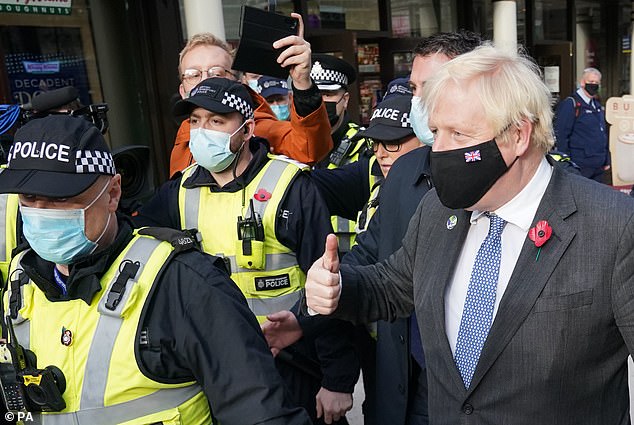 Having taken the train to Glasgow after being slated for flying in to kick off the COP26 summit before, Boris Johnson will insist there can be no more delay in efforts to curb temperature rises 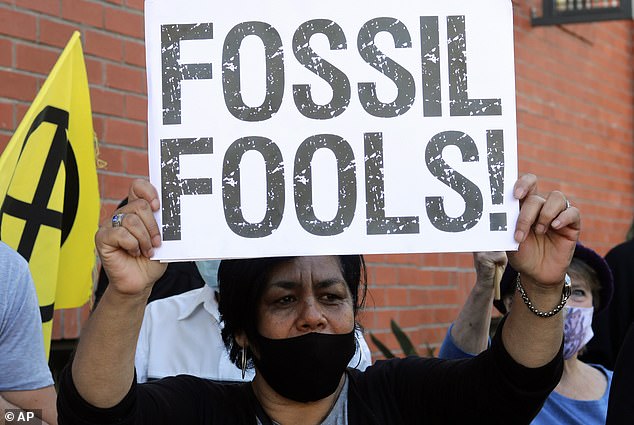 Protesters bearing placards outside the COP26 venue in Glasgow today 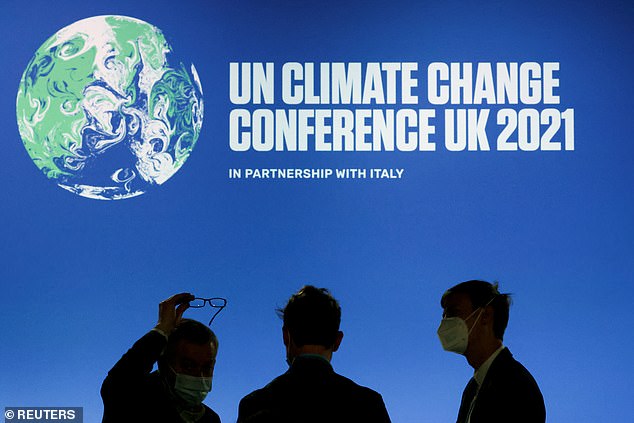 The summit is scheduled to end on Friday, but almost always spills over into the weekend amid last-ditch haggling

The draft says that meeting the goal to limit global warming to 1.5C – which countries pledged to try to pursue under the Paris climate accord – needs meaningful and effective action in ‘this critical decade’.

Scientists have warned that keeping temperature rises to 1.5C, beyond which the worst impacts of climate change will be felt, requires global emissions to be cut by 45 per cent by 2030 and to zero overall by mid-century – but country plans for this decade leave the world well off track for the goal.

The document calls for countries to accelerate the phasing-out of coal and subsidies for fossil fuels, and for developed countries to at least double their collective provision of climate finance to help developing countries adapt to climate change, as part of scaling money for poorer nations to tackle the crisis.

Delegations are expected to be in contact with their leaders and capitals to discuss what their position on it will be – particularly in those countries whose leaders did not attend the world leaders’ summit, such as China and Russia.

Negotiators are also trying to hammer out agreement on technical parts of the global climate treaty, the Paris Agreement, including common timeframes for national commitments on emissions reductions and agreed ways for countries to report on their progress, to help turn pledges into action.

There are further talks on providing finance for developing countries to cope with climate change and address the issue of loss and damage to people, livelihoods, land and infrastructure caused by global warming in poorer nations.

Before leaving London, Mr Johnson said: ‘Negotiating teams are doing the hard yards in these final days of Cop26 to turn promises into action on climate change.

‘There’s still much to do. Today I’ll be meeting with ministers and negotiators to hear about where progress has been made and where the gaps must be bridged.

‘This is bigger than any one country and it is time for nations to put aside differences and come together for our planet and our people.

‘We need to pull out all the stops if we’re going to keep 1.5C within our grasp.’

Campaigners were quick to criticise the draft deal as not strong enough.

Greenpeace International executive director Jennifer Morgan said the draft deal was ‘not a plan to solve the climate crisis’.

‘It’s a polite request that countries maybe, possibly, do more next year,’ she said.

It comes as analysis shows the world is on track for 2.4C of warming based on current pledges of action up to 2030. 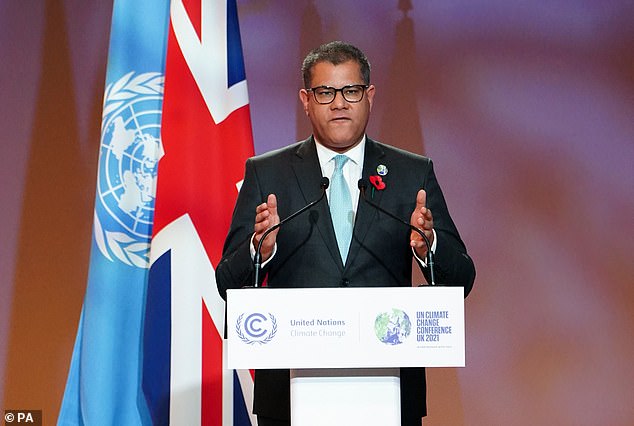 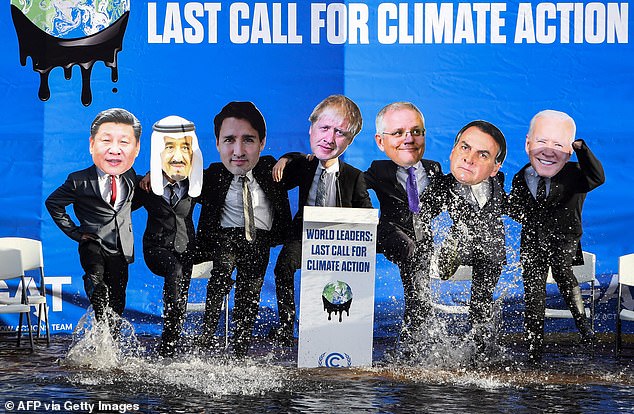 Protesters dressed as world leaders outside the summit in Glasgow yesterday

Ms Morgan said: ‘The job of this conference was always to get that number down to 1.5C, but with this text world leaders are punting it to next year.

‘If this is the best they can come up with then it’s no wonder kids today are furious at them,’ she said, adding it needed to be much stronger on finance and adaptation for developing countries.

Alongside the negotiations, the Cop26 conference is marking ‘transport day’, with a number of aims drawn up, including that new heavy goods vehicles sold in the UK will need to be zero emissions by 2040.

Thirty countries have also agreed to work together to make zero emissions vehicles the new normal, and plans for ‘green shipping corridors’ will be unveiled – facilitating a shift to zero emissions vessels.

And 14 states, collectively making up for more than 40% of global aviation emissions, have put their names to a commitment to a new decarbonisation target.

The Prime Minister will be joined by UN Secretary General Antonio Guterres in Glasgow, where he will meet heads of delegations and other groups.