Boxer, 16, tipped by Tyson Fury to be future world champion drowned in river during heatwave after his friends begged him not to jump in because he couldn’t swim, inquest hears

A teenage boxer tipped by Tyson Fury to be a ‘future world champ’ drowned after his friends begged him not to jump in a river as he couldn’t swim, an inquest heard.

Talented Frank Varey, 16, died after he tried to swim across the River Dee in Chester after heading to the water with his friends during a heatwave last summer.

His body was recovered after a frantic search after he was reported missing in the water on July 22 last year.

Heartbreaking footage posted to social media hours before tragedy struck shows the shirtless teenager enjoying the weather with his friends by the river. 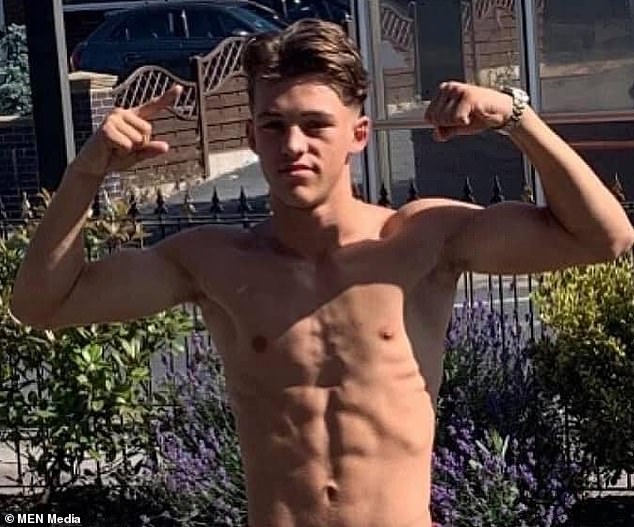 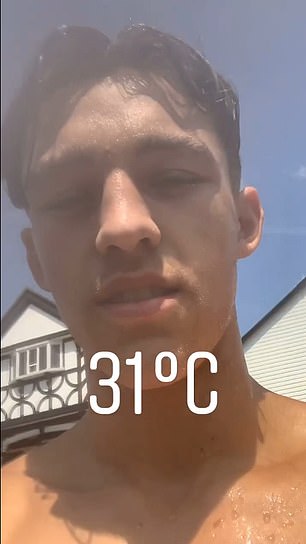 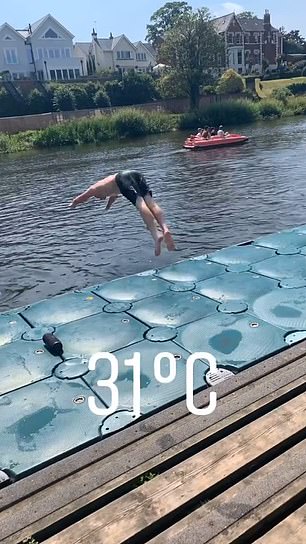 Heartbreaking footage shows Frank Varey enjoying himself with friends in Cheshire just hours before his death. The 16-year-old, originally from Blackpool, died while swimming in the River Dee in Handbridge, just south of Cheshire in July 2021 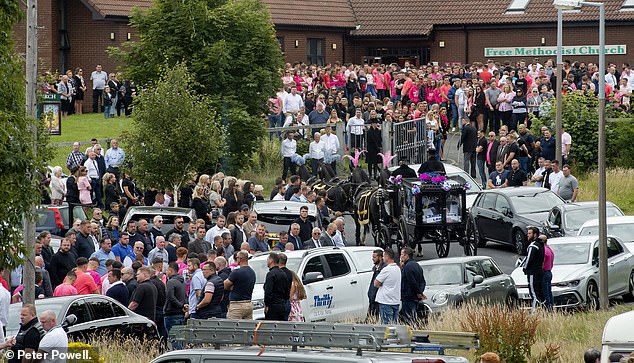 More than 1,000 tearful mourners paid their respects to teenage boxing star Frank Varey, 16, during his funeral in Heysham, Lancashire

Behind the camera, Frank can be heard saying ‘go on boys!’ as his friends take turns jumping into the water.

Tragically, he got into trouble the water at around 2pm and despite a frantic search by police divers, his body was pulled from the water six hours later.

The tragic teen had been pegged as a ‘future champion’ by world heavyweight champ Fury in a tribute.

An inquest into his death, held at Warrington Coroner’s Court on Wednesday, heard Frank and his pals were seen jumping in and out of the river to cool off.

A group of them then decided to swim across the river and Frank – who could not swim – decided to join them.

The inquest heard he managed to get most of the way across the river before visibly getting into difficulty.

Witnesses reported seeing him struggling, shouting for help and putting his arms in the air, as friends and bystanders tried to save him.

One of them had tried to grab Frank Varey, but the current ‘was too strong’, the inquest heard.

Emergency services were called at 2.27pm and specialist underwater rescue units tried to save him while a cordon was set up around the area.

Tragically, the his body was found by underwater search teams at 7.58pm, with his body snagged on items on the water bed.

He was taken by ambulance to the Countess of Chester Hospital, where he was pronounced dead.

A post-mortem examination had concluded he died by drowning. There were no signs of any alcohol or drugs in his system, or any pre-existing injuries, the inquest heard. 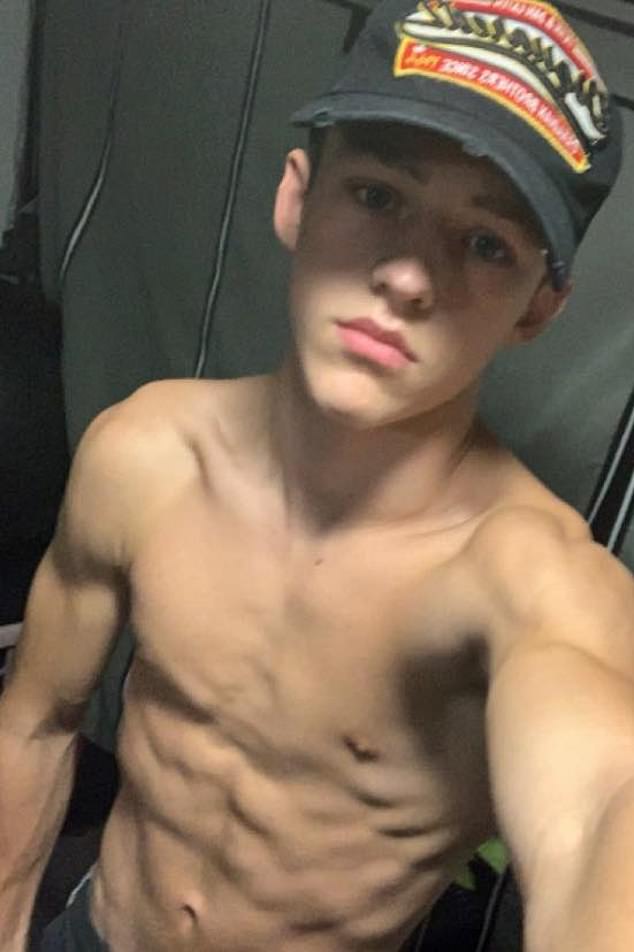 Emergency services were called at 2.27pm and specialist underwater rescue units tried to save him while a cordon was set up around the area 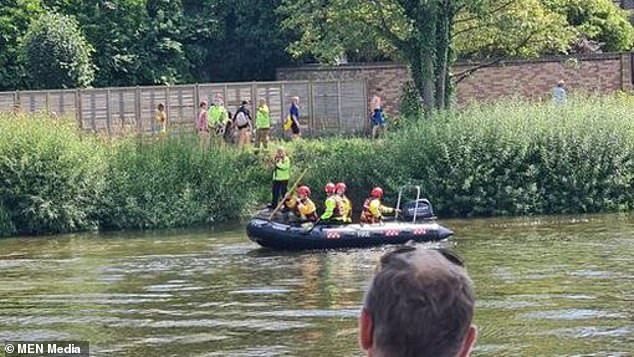 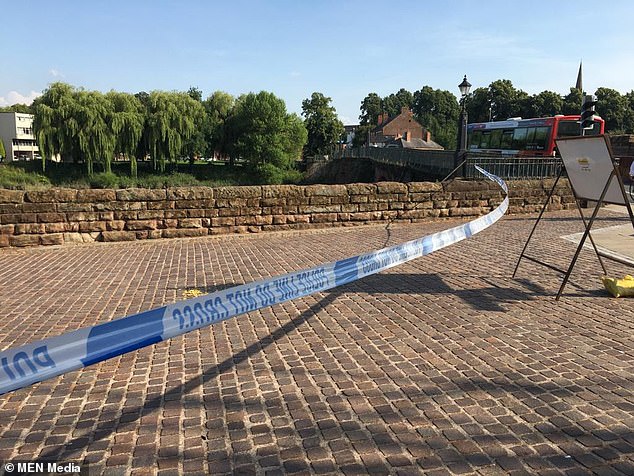 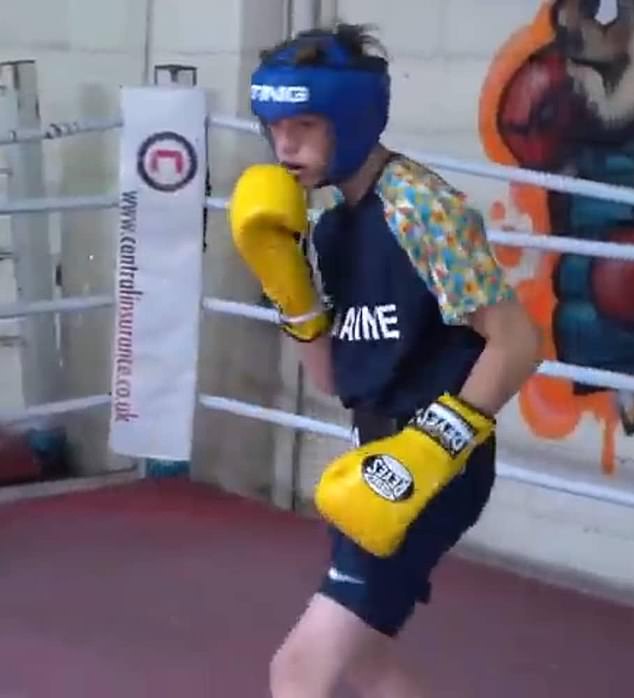 The inquest heard there were no traces of any drugs or alcohol in Frank’s body, nor was their evidence of pre-existing injuries

Frank’s heartbroken mother Sarah said in a statement read to the court that Frank had been boxing since the age of five and showed ‘great promise’.

He had gone on to compete for England Boxing, winning many medals, and was always conscious of what he would put into his body, so didn’t smoke, drink or take drugs.

Mrs Varey said her son had not had any formal swimming lessons and, to the best of her knowledge, he had not been open-water swimming before.

She said that Frank ‘lived and breathed boxing’, training daily, and was ‘happy and fun-loving’.

She added: ‘As a family, we are still trying to come to terms with Frank being taken away from us so young.’

The coroner recorded a conclusion of accidental death. 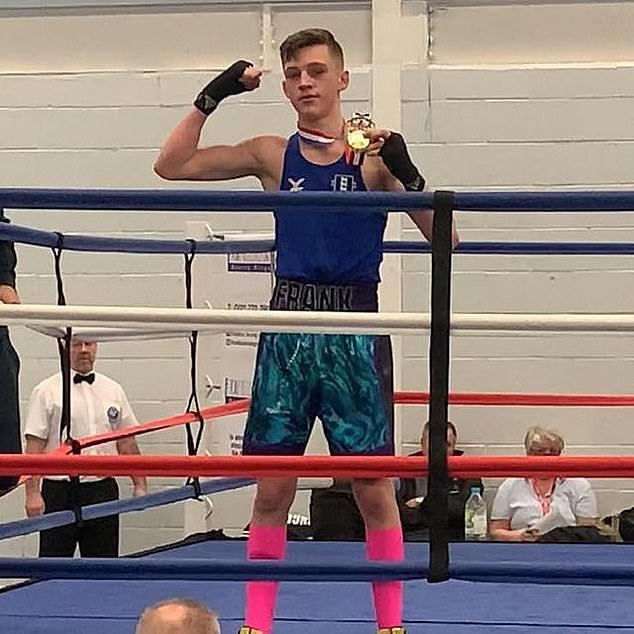 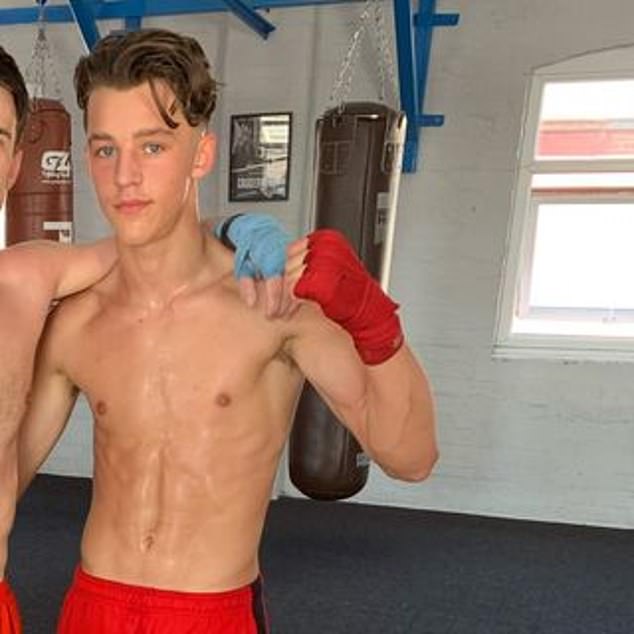 Paying tribute to the teenager, Ms Harkin said: ‘He had a great skill for boxing and he never caused his parents any concern’ 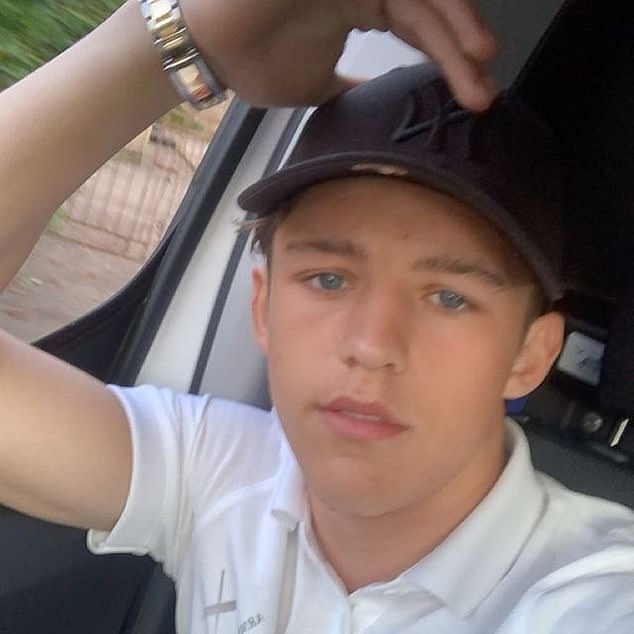 ‘He had a great skill for boxing and he never caused his parents any concern.’

Hundreds of mourners turned out to pay their respects at his funeral in his hometown of Lancaster last August.

A horse-drawn carriage carried Frank on his final journey, while family and friends dressed in his favourite colour pink.

Loved ones wore hoodies with Frank’s name and a photograph on and pink ribbons.

A banner proclaiming ‘Lancaster’s Legend’ hung from the rear of the funeral carriage.