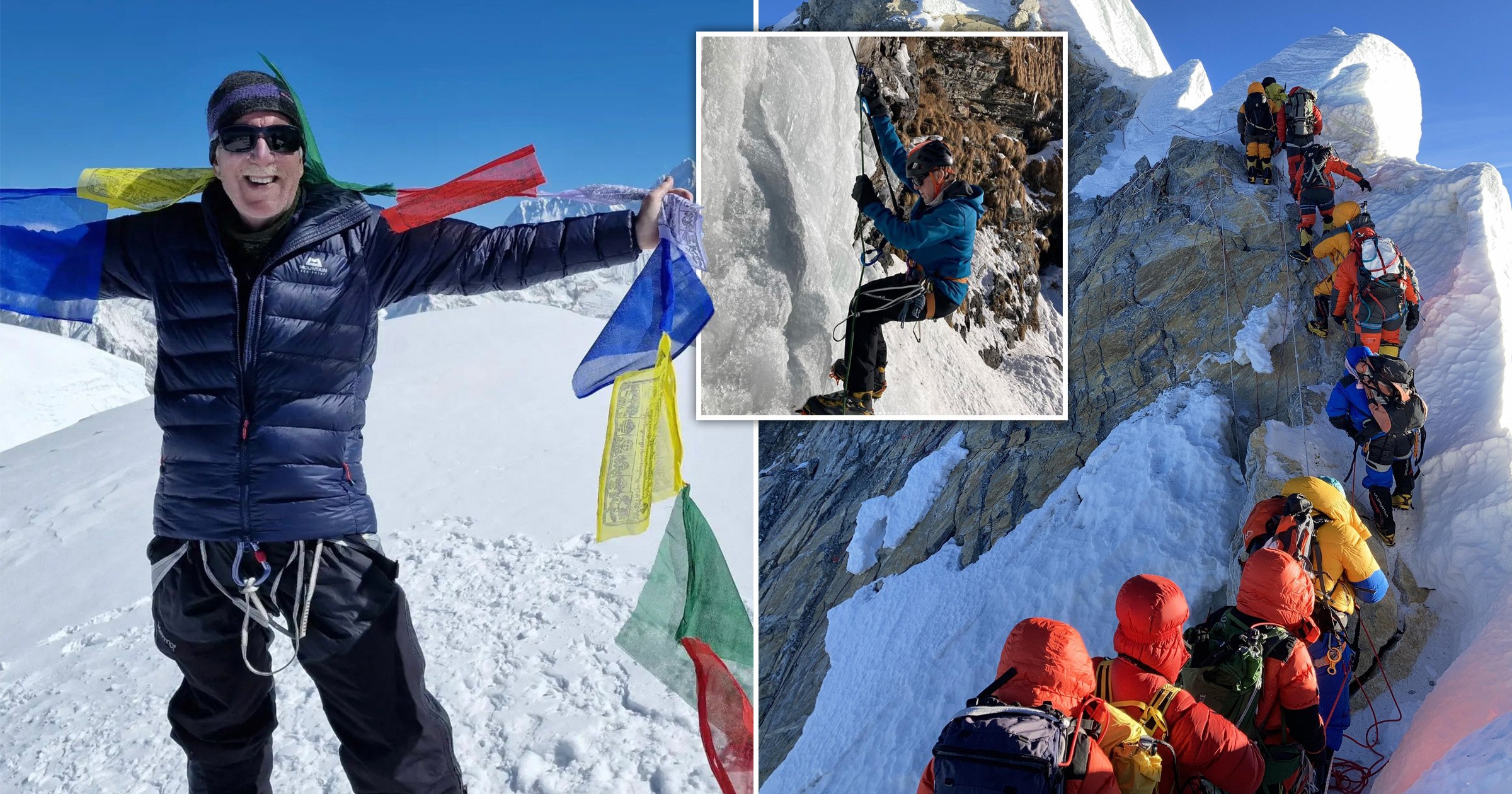 Graham Keene, from Exeter, is now a world record holder.

The 68-year-old grandad has become the oldest person in Britain to reach the summit of Mount Everest – completing the 29,000 ft mountain expedition in just 16 days.

Graham, a grandfather-of-five, has now overtaken the previous record holder Sir Ranulph Fiennes – who was 65 when he reached the peak in 2009.

‘It was a magnificent feeling,’ the 68-year-old said.

‘There was lots of anticipation about what was to come. The weather, the team, my body – but I was just happy to be back in the mountains with great people.

‘We spent a night each in four camps. On summit night, we left the last camp at 8:30pm, arriving on the summit the following morning.

‘We spent thirty minutes at the top of the peak.

‘[Breaking the record] wasn’t something I was focused on before the expedition, but I hope it can inspire more golden adventurers.’

Graham’s efforts have led him to secure a spot on the Top 20 Successful Oldest Climbers.

The grandad developed a passion for expeditions after climbing Mount Kilimanjaro in 1998 with his two sons, Ben and Daniel.

In 2004, he climbed the highest point in South America, in Aconcagua, and since retiring he’s also tackled Mount Vinson in Antarctica and Cotapaxi in Ecuador.

But this didn’t stop Graham’s determination. Instead, he knew he needed a different approach and, after training throughout the pandemic, he felt ready to take it on.

As preparation, the 68-year-old acclimatised at home, by sleeping in a hypoxic tent.

He used a machine to remove oxygen from his tent that was dialled-up to higher altitudes each night, to help acclimatise him to the thinner air of the Himalayas.

But it’s clear his efforts paid off and Graham reached the summit at 6:30am on May 13.

Upon reaching it, he unveiled an Exeter Chiefs rugby flag and pictures of his grandchildren to celebrate.