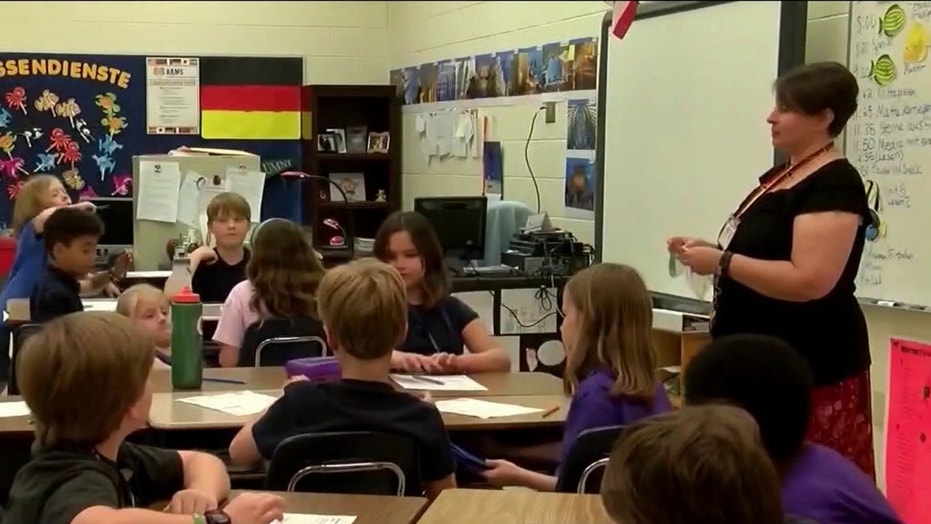 A California school district is offering a new ethnic studies elective, and opponents of the coursework are criticizing the program as promoting “hate for America” in a letter to community members.

The Los Alamitos Unified School District recently developed an elective ethnic studies course for high school students intended to engage students with “diverse perspectives on the history of our country.”

The Los Alamitos Board of Education on Tuesday discussed textbook and supplemental resources for the course in a meeting with community members for the first time, with many community members, including students voicing support for the elective course, according to a FAQ page on the school district’s website.

Opponents of the elective and other district-wide ethnic studies plans, however, said in the letter that while the district’s new initiatives “sound like very reasonable and even positive,” ethnic studies “courses are filled with hate for America and all America stands for.”

“Critical Race Theory (CTR) teaches children that America is based on white supremacy and that white people are racists, even if they don’t know it,” the letter reads, despite the fact that critical race theory is not mentioned in the district’s ethnic studies plans.

The letter adds that CTR “teaches children of color that they are victims of this white supremacy and encourages all children to be social justice warriors in an effort to right the wrongs of white people who are the oppressors.”

The Orange County school district describes ethnic studies as “the interdisciplinary study of race, ethnicity, and Indigeneity, with an emphasis on the experiences of people of color in the United States.”

The district adds that its elective high school course “deals with the often-overlooked contributions made by people of color to many areas of government, politics, the arts, medicine, and economics” and provides examples of how “collective social action can lead to a more equitable and just society in positive ways.”

The district last year rebranded its 35-person Human Relations Task Force as an Advisory Council. It also plans to practice “age-appropriate, culturally responsive instruction in classrooms” and provide “social justice standards to teachers and administrators,” according to the FAQ page.

The district’s superintendent and school board president did not immediately respond to inquiries from Fox News.

Los Alamitos’ ethnic studies plans come after the California State Board of Education in March approved a 900-page, statewide Ethnic Studies Model Curriculum (ESMC) for high schools to help students understand the stories of “historically marginalized peoples which are often untold in U.S. history courses.” It was unanimously approved in an 11-0 vote.

It also calls for ethnic studies to be intertwined within “a range of disciplines beyond traditional history and social sciences, including but not limited to: visual and performing arts, English language arts, economics, biology, gender and sexuality studies, etc,” The Associated Press reported.

While California’s 1,037 school districts are not being required to implement the curriculum model, a new bill could change that.

Democratic Assemblyman Jose Medina in December introduced California A.B. 101, which would require high school students to complete a full-year ethnic studies course to receive their diplomas starting in the 2025-2026 school year and leave the content of such courses up to the discretion of each district.

During Tuesday’s four-and-a-half-hour-long meeting with community members regarding the ethnic studies course textbook and other resources, the majority of speakers, including students, voiced support for the district’s initiative.

“If I’m being completely honest, originally, I didn’t want to speak about this,” one seventh-grader said while speaking before board and community members, “but I feel that there should be more students advocating and being vocal about this topic.”

He added that his top three reasons for why he supports ethnic studies for the district include the fact that the subject material would teach students about different ethnic backgrounds and achievements throughout history; it is an optional course; and students who complete the course will be able to see “the world in a new light and stop racism and sexism and other not-so-nice things.”

Another Chinese-American middle school student said she thinks the district’s social justice standards could “address problems in our schools and in our community.”

“I have been told to go back to my county several times in Los Alamitos,” she said. “This is my home. I was born in the Los Alamitos Hospital.”

She added that the “people against these social justice standards claim that they make white students feel racist,” but that “cannot be further from the truth.”

“The identity standards discuss the importance of love of one’s own culture,” she said. “…Each and every one of us has rich, cultural backgrounds. These standards encourage self-esteem and confidence for all of us.”

School districts across the country have adopted ethnic studies programs and initiatives that promote less Euro-centric learning materials for students that reflect diverse student bodies as the country grapples with what some have called a “racial reckoning.”

Some parents and educators have spoken out against curricula they feel may divide students based on race and ethnicity while others, even if they are generally in favor of more diversity reflected in coursework.