A HUNT is underway for an armed suspect who allegedly left several injured in a gun rampage.

Police said that they are still on the hunt for the armed suspect in Watertown, New York. 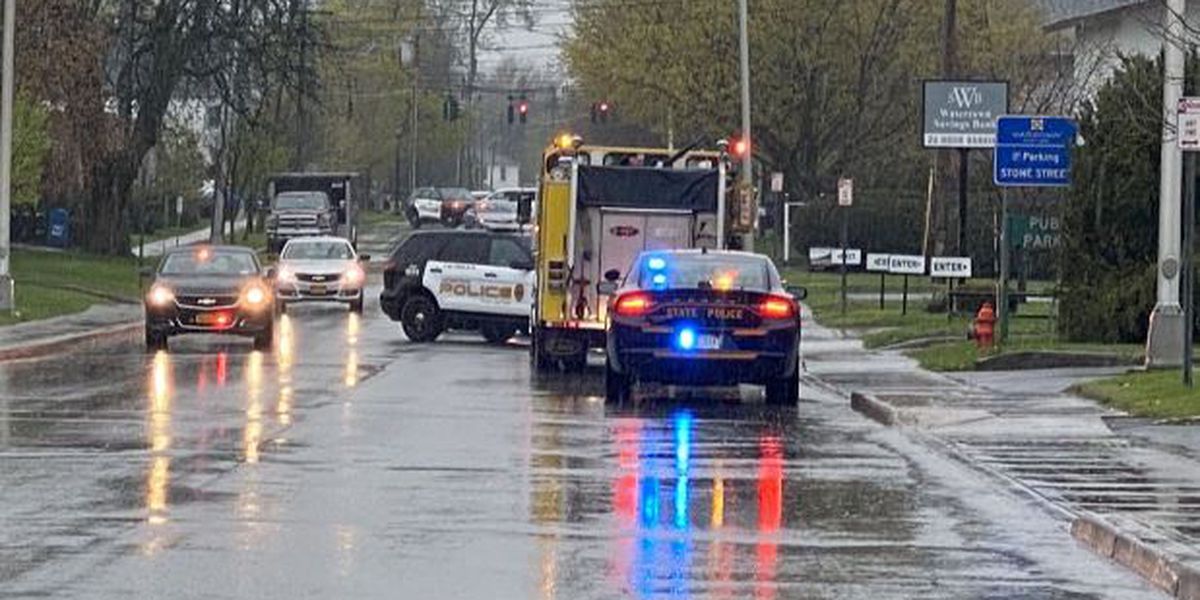 Detective Lieutenant Joe Donoghue told 7News that people were shot, but did not comment on how many victims there were or their conditions.

Emergency dispatch reports at roughly 2pm, obtained by NNY360, claimed that two people were shots, however, it is unclear if that figure rose.

According to the call, it was reported that "people were down" following the shooting.

Photographs from the scene showed cops carrying long guns as they searched for the suspect.

People who lived in a local apartment building were also told to stay inside their houses at 3pm local time.

Initial reports claim that the shooting took place inside of a business at 145 Clinton St, and a heavy police presence was still seen in the area.