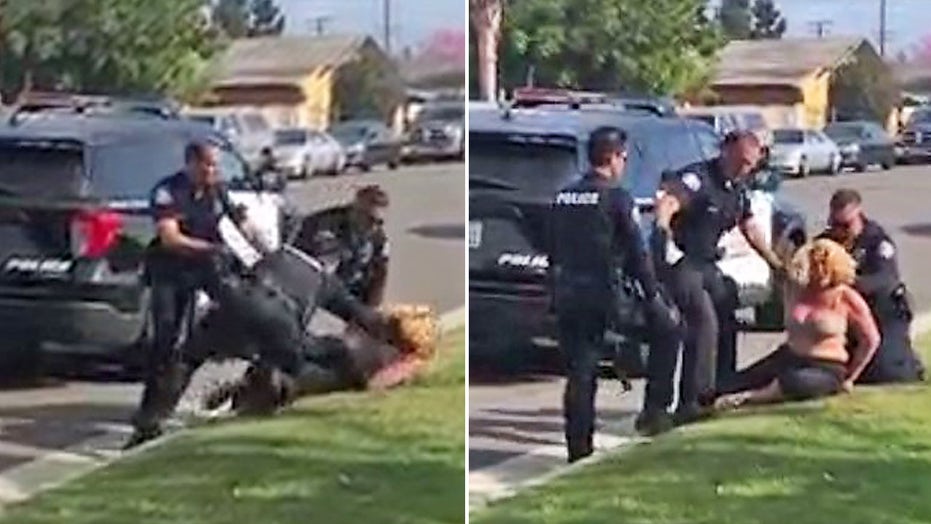 A Westminster Police officer is under review after he was caught on video punching a handcuffed woman while trying to arrest her.

California law enforcement officials are investigating after a police officer was caught on video punching handcuffed a woman twice while trying to arrest her – until two fellow officers stepped in to stop him, according to authorities.

A Westminster Police officer has been placed on paid administrative leave while the Westminster Police Department (WPD) Internal Affairs Division and the Orange County District Attorney’s Office review his actions against a 34-year-old assault suspect while he was arresting her on Wednesday evening, officials announced in a Thursday press release.

A spokesperson for the Orange County DA’s office told Fox News on Friday they had not yet received the case from WPD and would not comment. 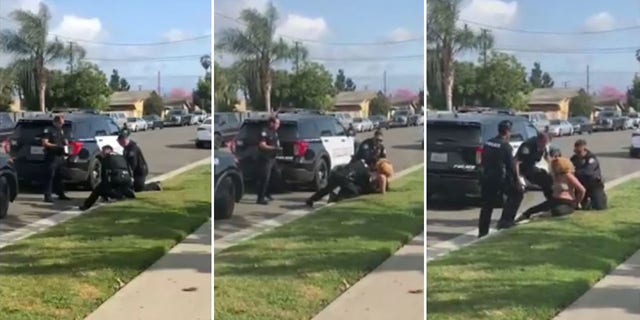 Police received a call around 4 p.m. Wednesday for a report of an assault and battery, the release states. The 911 caller told police one woman had assaulted another “who had tried to rescue a dog running in the street,” police said.

Officers arrived and identified the alleged suspect, 34-year-old Ciomara Garcia, as having an outstanding felony bench warrant for vandalism, police said. Police handcuffed Garcia and called for a paramedic after suspecting she was under the influence.

Video shows the woman, who is flanked by two officers, trying to stand up before they pull her back down. Garcia, who is still handcuffed, appears to kick one of the officers, at which point he responds by punching her twice in the face. The other two officers nearby can be heard repeatedly telling him, “No,” as they push him away from the woman, according to the video.

In their subsequent press release on Thursday, WPD said: “While trying to control Garcia, a WPD Officer used force and struck Garcia two times in the face with his fist. Two WPD Officers immediately intervened and deescalated the situation.”

Garcia was not reported to be injured and was evaluated at a local hospital before being booked into Orange County for her outstanding warrant, police said. She was also charged with assault and battery for the incident that initially prompted the police response, and faces additional charges of being under the influence of a controlled substance, resisting arrest and assault on a police officer.

Meanwhile, WPD said it “considers this a serious event and will ensure that this investigation will be guided by the law and the truth.”

The district attorney’s office will review the officer’s use of force against the woman, and will decide whether to charge him in connection with his actions.