Vladimir Putin has become known for marking his birthday in unusual ways. Throw just some of the events together — drinking vodka with Chinese ambassadors, receiving a Siberian tiger as a gift, winning a hockey match against professionals — and you may think the celebrations were simply fiction. But that is not the case. Here, Express.co.uk takes a look at some of the wilder episodes that have made up Putin’s birthdays.

In 2013, he attended a summit in Bali, Indonesia with some of the world’s most important leaders.

It was reported at the time that he and his delegates “enjoyed a shot of vodka” with their Chinese counterparts. China’s President Xi Jinping also gave Putin a cake which they “wolfed down successfully”, according to Russian news agency TASS at the time.

On the drinks, Putin added: “You think I was going to let myself go drinking? Thank God, I was able to keep myself in check. I think we’ll still get to the sake, but in Moscow.”

In 2014, Putin spent his birthday in the Siberian taiga, a densely forested region in east Russia. His spokesperson, Dmitry Peskov, explained that Putin stayed “300-400 kilometers from the nearest settlement” so that he could enjoy some privacy. 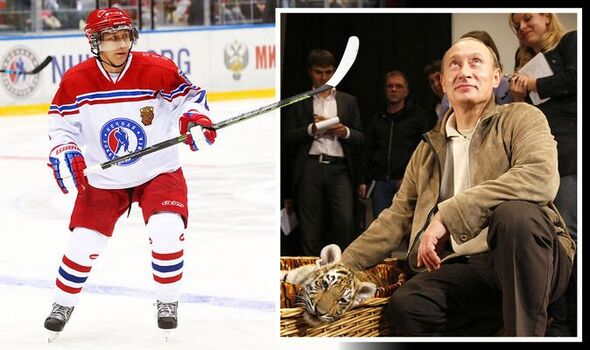 He went in search of this solitude five years later, in 2019, and in a speech after the trip, claimed he “walked for nine kilometers in the mountains” and that his body “ached all over.”

One of the most surreal moments came in 2017, when Putin met with then President of Turkmenistan Gurbanguly Berdymukhamedov. Mr Berdymukhamedov presented a young Central Asian shepherd puppy to him during a press conference in Sochi, Russia.

As he handed over the dog, called Verny (“faithful” in Russian), the Turkmenistan leader said: “We have a common friend — this is the world’s unique alabai dog. And today I brought this little alabai with me.” 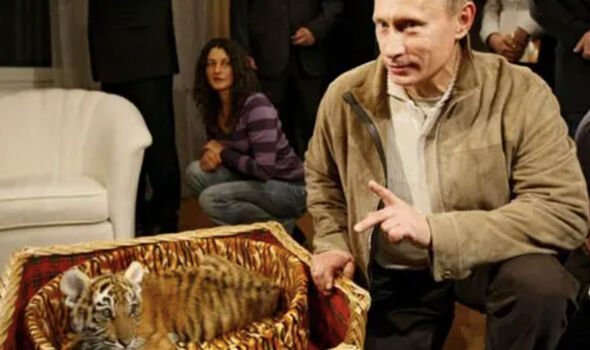 Approving of the present Putin kissed the dog on the forehead, clearly well-versed in receiving such a gift after Bulgaria’s former Prime Minister Boyko Borissov handed him a Bulgarian shepherd — although not for his birthday.

Of all the animals he has received, the most exotic has to be a Siberian tiger cub, handed over in 2008. He boasted that it was the “most original present of my life” but refused to reveal who had got it for him. 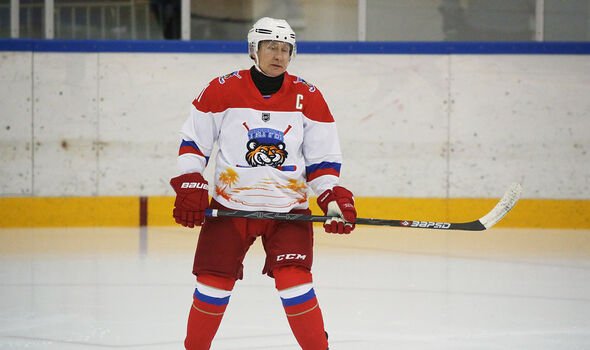 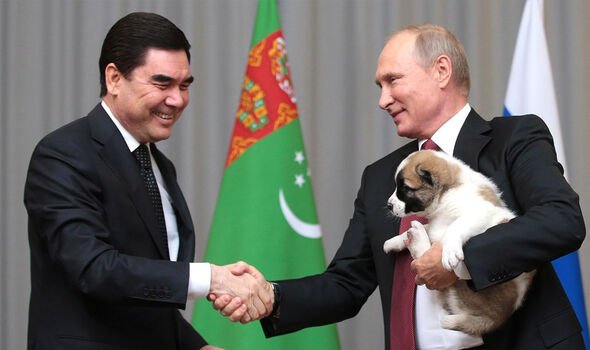 Putin said that he was going to give the cub to a Russian zoo. Vladimir Kerzer, a spokesperson for WWF Russia at the time, was quoted by the Guardian as saying: “The number of animals is stable. We are against having big cats like tigers as animals in the home. They could be dangerous.”

Away from the splendours of nature and the natural world, the Russian president is famous for his love of ice hockey. On numerous occasions he has played the sport in front of state TV cameras to enhance his strongman image to the extent that in 2015, for his 63rd birthday, Putin went head-to-head in a match against Russian oligarchs and National Hockey League players

He scored seven goals as his team won 15-10. His defence minister, Sergei Shoigu, also played and scored. The crowd chanted “happy birthday” as Putin skated around the rink.