This is the shocking moment three men threaten a staff member at a 24-hour off-licence and steal four bottles of alcohol.

The incident, which took place in Luton town centre shows the three men, two of whom are masked, entering the store in the early hours of the morning.

The CCTV shows a member of staff at the till at Hatters News at 12:11am on January 9, when the three young men enter. 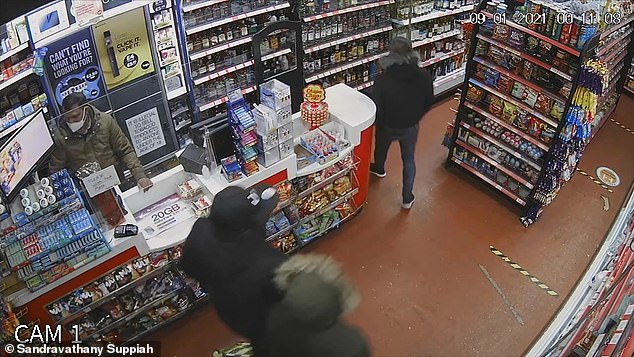 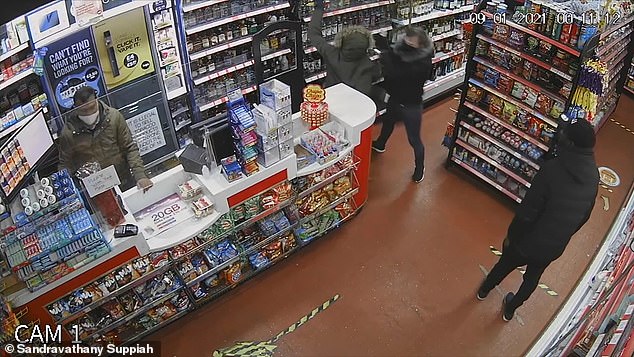 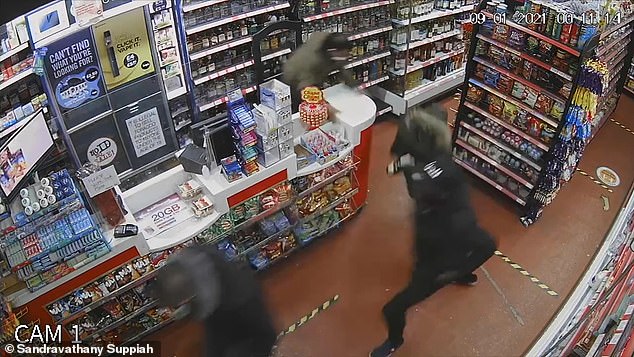 The men make their way directly to the spirits and each grabs a bottle from the shelf.

The suspects then ran from the store, chased by the member of staff. A second CCTV camera, covering the front door showed the staff member forced to retreat as he was threatened by the gang.

One of the men grabbed another bottle of alcohol from the shelf before they escaped.

Store owner Sandravathany Suppiah said his shop is being regularly targeted by criminals.

He told MailOnline: ‘This footage was taken at my store, Hatters News in Luton.

‘Four bottles were taken this time.’ 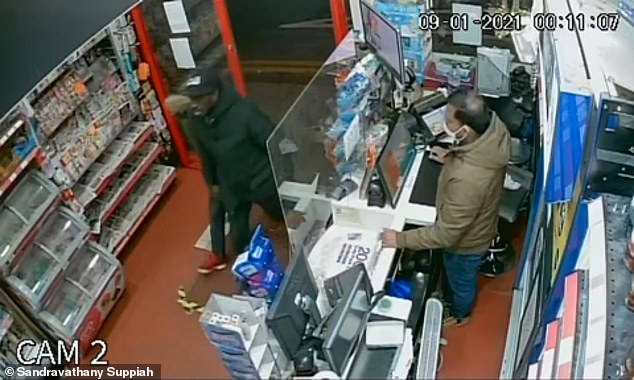 Sandravathany Suppiah said the three men , one of whom pictured here without a mask, ran off without paying for the alcohol 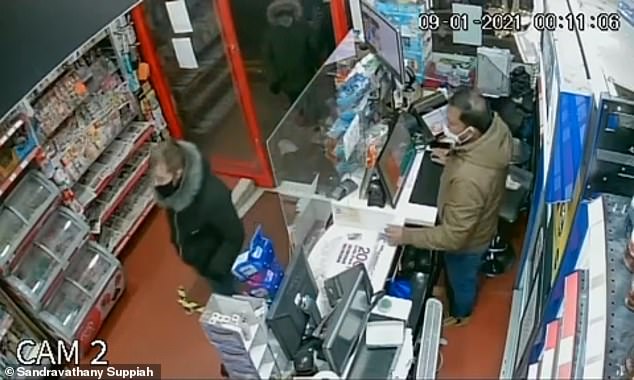 This man, pictured left, was the first of the group to enter the store on January 9 at 12:11am

Mr Suppiah said one of the raiders had previously been seen stealing in his store.

He said thieves have targeted alcohol three times in the past week.

He continued: ‘Before Covid, I wouldn’t allow anyone into my store wearing a mask or a hoodie. Now it is the law. But the law has made it like a shop lifting charter.’

He added: ‘Please do something to advertise to stop this crime is increasing day by day we are tired.’

Bedfordshire Police said they have not received a complaint, though they are aware that footage of the alleged incident is being shared on social media.