A County Lines drug gang has been jailed for 40 years after a taxi driver on their payroll accidentally recorded himself ferrying dealers around and discussing their crimes on his own dash cam.

The ‘Marlow Line’ drug ring moved around a kilo of crack cocaine and heroin into Derby from Nottingham between March 20 and July 22 last year.

Gang members also sent out a staggering 8,439 texts to potential users advertising the drugs they were supplying.

They used addicts’ houses as a base where they bullied vulnerable young people into selling the drugs.

The gang were nailed after they recruited taxi driver Shahid Iqbal, 41, who transported drugs and dealers around the city.

He unwittingly kept his taxi dash cam on while ferrying drug runners around and was recorded boasting about their crimes.

In one clip released by Derbyshire Police, Iqbal tells a boy sitting in the back of the taxi to top up his phone with credit with cash received from a deal.

He then says: ‘You’ll get used to this one bro * You’ll make some Ps * you’ll make some money on this one * what I tell you innit, you be good with this guy, yeah, he’ll look after you bro.’

Driver Shahid Iqbal, 41 would coach young people what to do when they reached the house where the drugs were to be sold 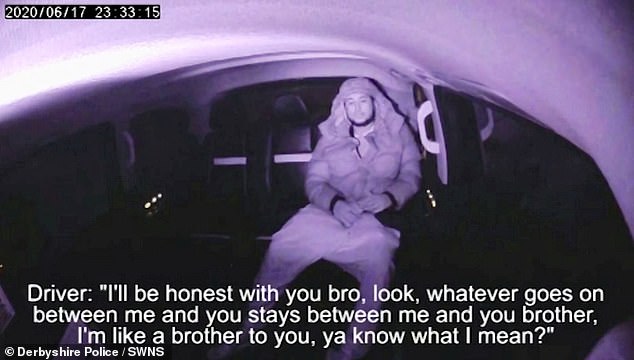 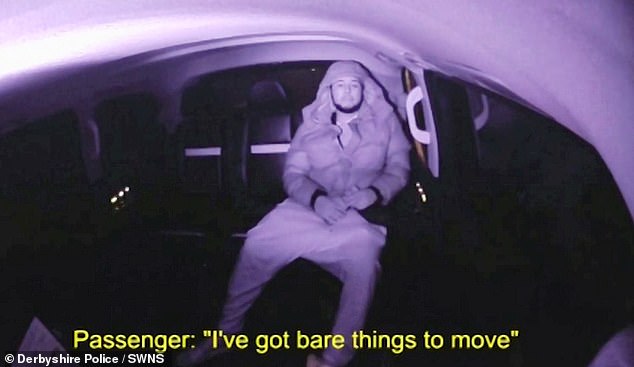 Haely then tells the driver he has ‘got bare things to move’, which is caught on dash cam

As the gang moved into the Stockbrook area of Derby, officers became aware of Iqbal using his taxi to transport dealers around the city.

During a series of coordinated warrants and car stops Iqbal was arrested and his taxi seized.

Inside was found the dash cam that recorded, in both pictures and sound, vast amounts of footage detailing the drug dealing activities of the gang.

It also showed Iqbal explaining to teenage boys what they were expected to do in order to sell the drugs. 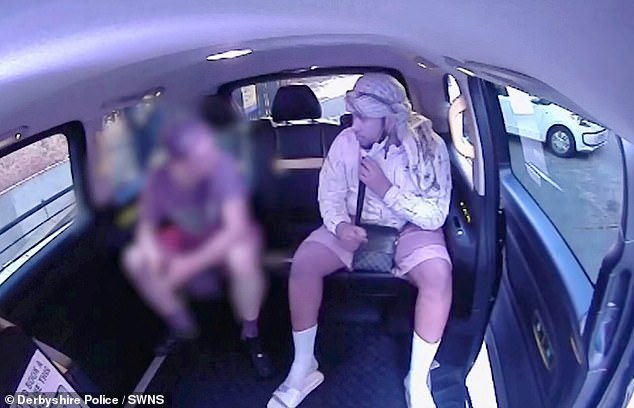 After the drugs were packaged in Nottingham, they would then be supplied to vulnerable young people 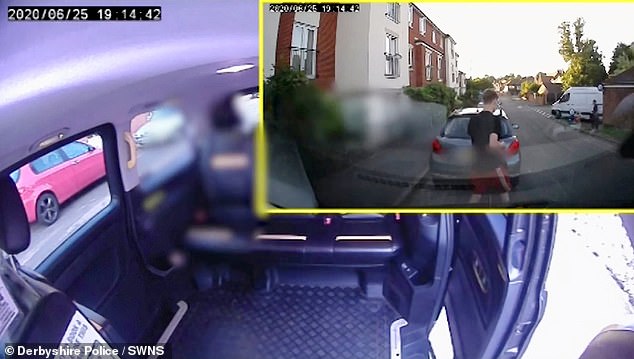 Speaking to a youngster he’s dropping off at the home of a woman being used to supply drugs, Iqbal even tells the boy to wear a mask.

‘Bless my brother, look after yourself yeah.

‘Don’t worry, bare bro. Put your mask on and go in there.’

In another clip Iqbal swears loyalty to henchman Mohammed Haely who’s sat in the back of the taxi. 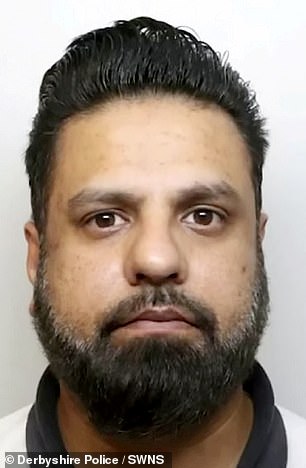 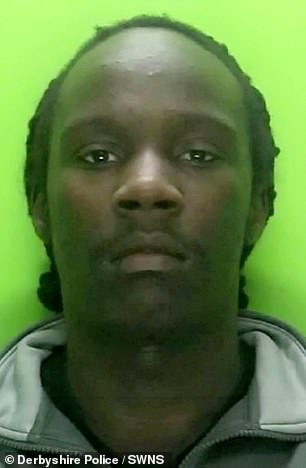 Taxi driver Shahid Iqbal, 41, (left) who transported drugs and dealers around the city in his taxi. Bright Norman, 25, (right) the gang ringleader

‘Nobody needs to know about nothing, ya get me.’

Haely replies: ‘Ya see this run here, it’s at least once a day.’

Iqbal then says: ‘Whenever you need me, anytime, day, night, anytime, ya get me.

‘I’ll be there for you brother. 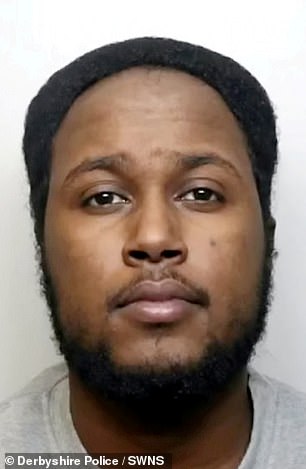 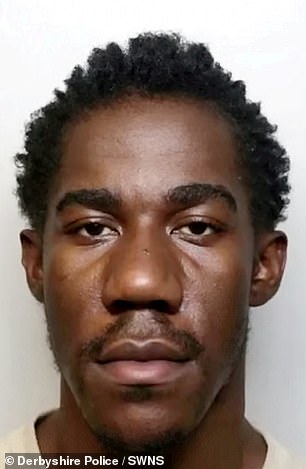 Mohammed Haely, 22 (left), of Wokingham, was jailed for six years and nine months. Grady Mabika-Blessing, 21, (right) of Broxtowe, Nottingham was sentenced to three years in prison 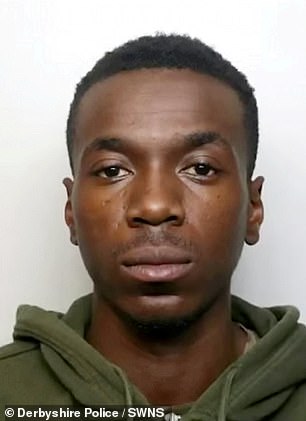 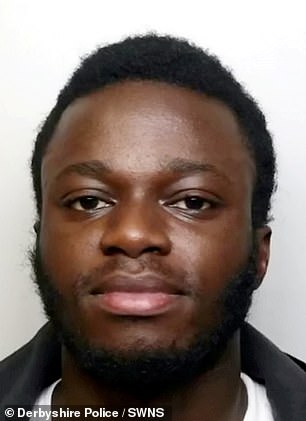 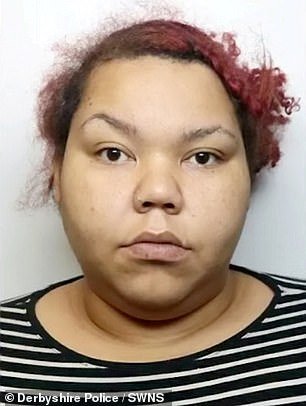 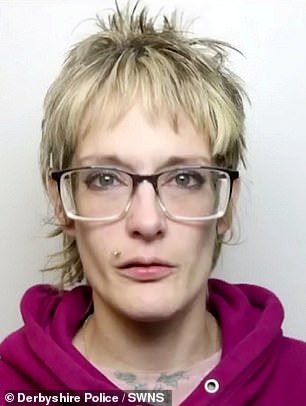 ‘You keep me running around, it’s going to put something on my table innit bro.’

He also issued chilling threats to the young runners, warning them they would beaten if they cost the gang money by not arriving promptly to collect the drugs.

Police arrested 11 members of the gang who admitted their roles in the supply of drugs at Derby Crown Court on May 6.

Ten members of the gang were jailed for more than 40 years on Friday, May 21. 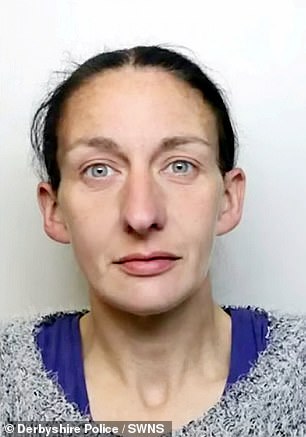 His right-hand man Andrew Evaristo, 24, of Bilborough, Nottingham, was put away for seven years and ten months.

Fellow henchman Haely, 22, of Wokingham, was jailed for six years and nine months.

The court heard the drugs were cut and packaged at the Nottingham home of addict Cherice Fuller before being driven down the A52 into Derby.

The drugs were then sold at the homes of Sharon Taylor, Gemma Cooper and Mandy Hughes.

Norman, Evaristo and Haely, would give the drugs to runners Nana Vandevelde, Ricky Hollis-Smith and Grady Mabika-Blessing, who would then re-stock the sellers in Derby.

Vandevelde, 18, of West Gorton, Manchester, was jailed for 19 months, and Mabika-Blessing, 21, of Broxtowe, Nottingham was sentenced to three years in prison.

Hollis-Smith, 19, of Nottingham, will be sentenced at a later date.

Fuller, 28, of Thorneywood, Nottingham, was jailed for five years.

The three women whose homes were used to buy and sell the drugs admitted being concerned in the supply of class-A drugs.