Culinary Melbourne: Why Italian is no longer numero uno in Carlton

The Italian culinary stronghold of Carlton likes Japanese home delivery the most, while in cosmopolitan South Yarra the number one cuisine delivery of choice is actually pizza.

They are some of the surprising findings from data showing the most popular home delivery cuisines across Melbourne. 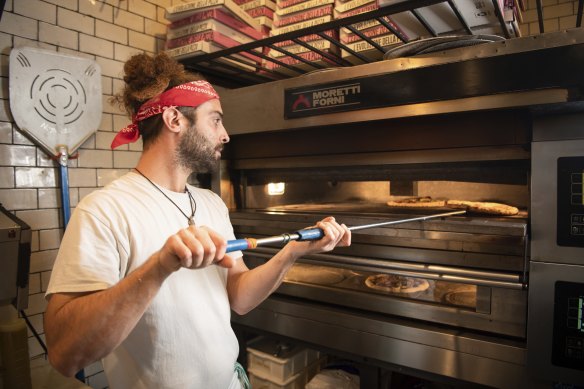 St Kilda favours Thai, while Indian is number one in Springvale, Footscray, Dandenong and Southbank.

Coburg, Prahran, Doncaster and Hawthorn go for Chinese, while Italian is also numero uno in Richmond.

The data comes from home delivery app DoorDash, compiled for The Sunday Age based on a postcode analysis of home deliveries since the start of January.

Candra Ng, managing director of Carlton’s Hakata Gensuke Yatai Ramen on Lygon Street, said ramen was a particularly popular meal choice over winter and changing demographics including students at nearby RMIT and University of Melbourne was having an impact.

“Lygon Street is still an Italian street, but where we are is multicultural, we have Indonesian, Thai, Vietnamese and Indian restaurants on our block. There’s more international people coming in, it is getting more open.”

Vietnamese was the most favoured cuisine in Port Melbourne, while in North Melbourne and Brunswick it was Mexican.

The city’s sweetest tooths live in Abbotsford, where the number one category was desserts.

“This data shows the breadth of international cuisines that are in demand from our customers,” the DoorDash Australia general manager Rebecca Burrows said.

“DoorDash is proud to support our local restaurants and shine a light on their offerings and commitment to serving local communities across the country.”

With 270 ancestries and seven million migrants since 1945, Australia likes to think of itself as the most successful multicultural country on earth.

The fast food and takeaway industry is worth $22 billion, but is expected to decline 1.9 per cent this year as household discretionary income falls.

There are 36,427 fast food and takeaway businesses employing 225,898 people nationally, IBISWorld reports. This includes the big chains such as McDonald’s and Domino’s. 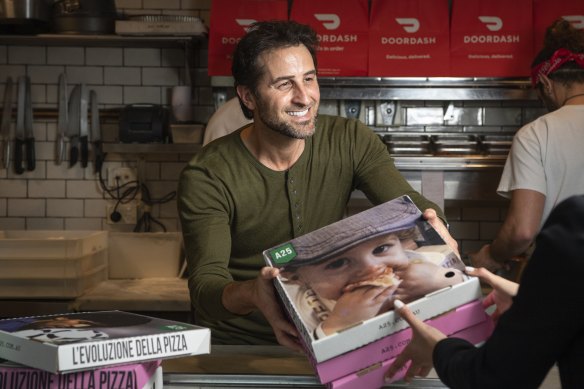 A25 Pizzeria owner Remo Nicolini. Italian food is the most popular in South Yarra, according to home delivery app DoorDash. Credit:Penny Stephens

At Remo Nicolini’s A25 Pizzeria on Chapel Street in South Yarra, they specialise in pasta and pizza.

“They travel well,” Nicolini said. “It is something I have been doing all my life and it was passed on to me by my dad.”

A strong home delivery business was enhanced by the COVID-19 lockdowns, he said.

“People will still not get off the couch and pick up your product even though it might be better than the guy down the road. They became lazier and more accustomed to being able to do everything from their iPhone.”

Nicolini noted that delivery companies could be inundated when everyone ordered at the same time. “I call it an evil necessity,” he said.

But the convenience was clearly the way the world was going, he said.

“I would love to see more people pick up. I miss those days,” he said.

Sydney showed a similar geographic diversity, with Thai the most popular in Manly and Surry Hills. In Macquarie Park, Concord and Epping, Indian was number one, while Chinese was prevalent in the CBD, Chatswood and Lane Cove. Vietnamese was the most popular cuisine in Cabramatta.