The family of murder victim Hae Min Lee have slammed a Maryland court’s conduct in the weeks before they allowed Adnan Syed to be freed after more than 20 years in jail.

In a recent court filing, Lee’s family are seeking to appeal the decision to drop all the charges against Syed, which came just one month after he was released from prison.

The family argues that neither the prosecutor nor the court provided the evidence they used to reverse Syed’s conviction, and conducted the hearing in private.

They are now asking a Maryland Appeals Court to redo Syed’s hearing in public and provide them with the necessary evidence to testify. 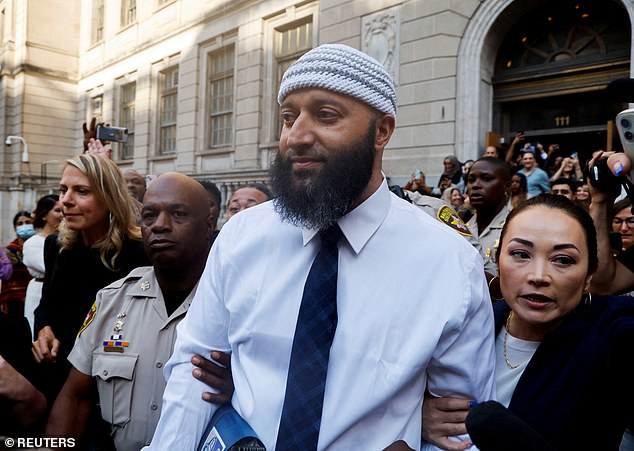 Prosecutors dropped charges against Adnan Syed  in October for the 1999 killing of Hae Min Lee, a case that was chronicled in the hit podcast ‘Serial’ 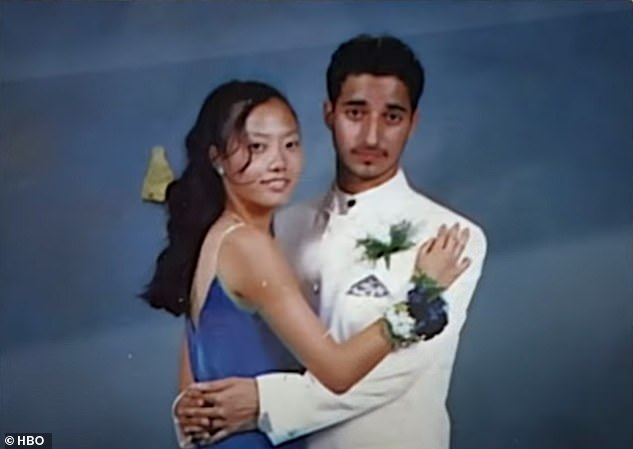 Syed spent more than two decades behind bars after he was convicted of killing Hae Min Lee, a former girlfriend seen with him above in a high school photo

In September, a judge decided to overturn Syed’s conviction, and set him free after 23 years behind bars.

Prosecutors ruled the following month that they would drop the charges against Syed in connection to the 1999 killing of Hae Min Lee, a case that was chronicled in the hit podcast ‘Serial.’

They ruled that DNA on Lee’s shoes was found not to did match Syed, and found that prosecutors failed to provide the defense with documents or evidence that would have been favorable to its case.

But Lee’s family say the hearing to overturn Syed’s conviction was conducted in private — and family members were not provided with the evidence prosecutors used to come to their decision.

They argue in the request for appeal, obtained by DailyMail.com, that the Maryland circuit court did not hold an open proceeding when deciding to overturn Syed’s conviction — against state law.

‘Fundamental to the American justice system is the presumption of open courts, including transparent proceedings where the evidence is publicly aired and basis for any dispositive ruling is sufficiently clear.

‘The Baltimore City State’s Attorney and Circuit Court ran roughshod over these principles by secretly collaborating to choreograph a vacatur of Mr. Syed’s conviction.’

Lawyers for the family of the slain 18-year-old continue to argue that whatever happened in the hearing to overturn Syed’s conviction ‘is lost to history.’

‘No witnesses or evidence appeared, and the hearing became mere spectacle to announce the vacatur and set Mr. Syed free.’ 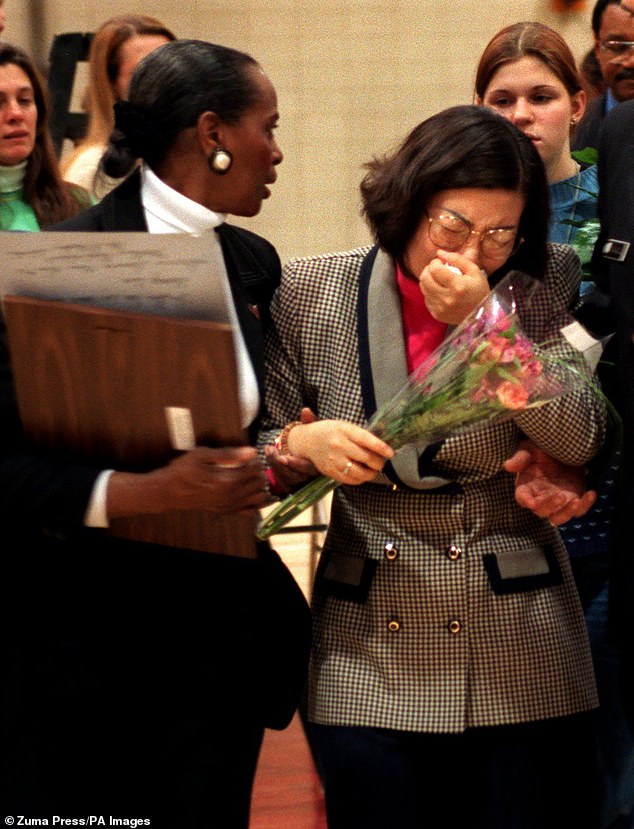 Youn Kim, the mother of Hae Min Lee, is pictured being escorted from her daughter’s memorial service. The family is now seeking to appeal a Maryland court’s decision to overturn Syed’s conviction 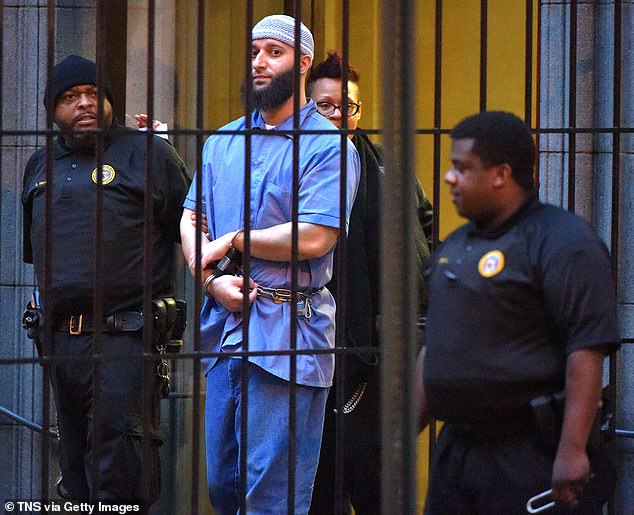 In the court documents, the lawyers argue that there is no evidence that a Brady Violation — in which prosecutors fail to overturn evidence that would benefit the defense’s case — had occurred.

‘The evidence that the court relied on to grant vacatur and its basis for doing so remain hidden and untested,’ the attorneys argue in court documents.

‘In doing so, the court and prosecutor also steamrolled Mr. Lee’s rights as victim’s representative by denying him meaningful input in the process.’

The lawyers also argue that prosecutors failed to give Mr Lee time to respond to the hearing before it was conducted, and denied his request to postpone the hearing so he could travel to Baltimore.  Instead, they allowed him to speak on Zoom — which his lawyers say he was unprepared for.

And, the lawyers argue: ‘The court also erred in summarily concluding that newly-discovered evidence would have likely changed the outcome at trial.

‘No one — not Mr. Lee, not the press, not the public, not even Mr. Syed himself — could know from this ruling what new evidence the court was crediting and how it may tent to exonerate Mr. Syed.

‘For example, the State’s Attorney claimed that there were alternative suspects under investigation who have been convicted of other crimes, but cited no evidence linking them to the murder of Hae Min Lee.

‘Without more, it is impossible to discern the basis for granting vacatur.’ 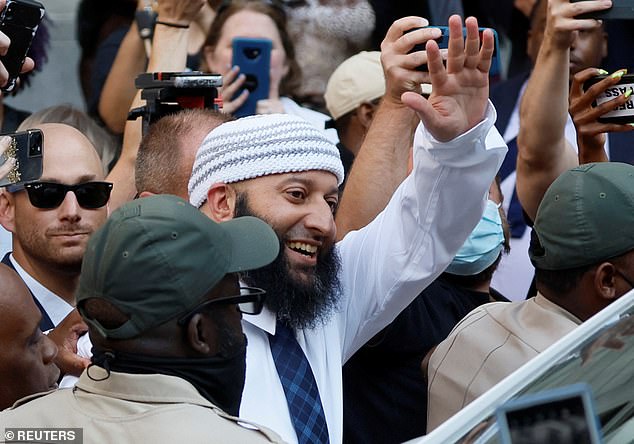 Syed is pictured here smiling and waving after a judge overturned his murder conviction in September. The Maryland prosecutor’s office decided the next month to drop all the charges against him 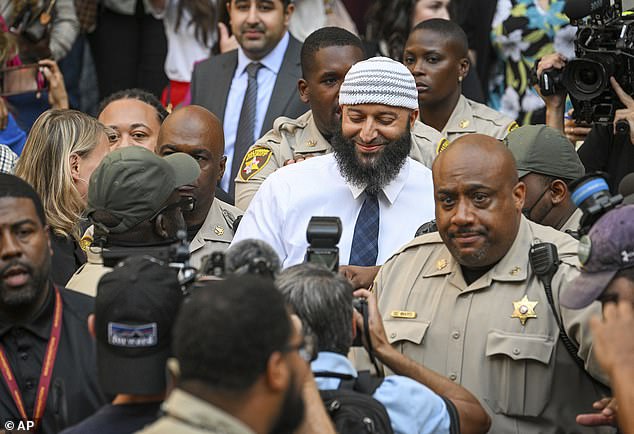 Hae Min Lee’s family argues the decision to drop the charges was done in a private hearing, violating the family’s rights as victims

Lawyers continue to say that ‘there are multiple rulings affirming Mr. Syed’s conviction’ while the State’s motion to overturn the conviction ‘was troublingly spare on details and failed to connect the dots on why its new evidence created a “significant probability” that the result would have been different.’

Additionally, they say: ‘The State conceded that the investigation — including DNA sampling — was incomplete and made no assertion of Mr. Syed’s innocence, yet it failed to explain why it was so urgent to vacate Mr. Syed’s sentence even while the inquiry continued.’

In conclusion, the lawyers write: ‘The entire process was spectacularly flawed, providing Mr. Lee insufficient notice, no knowledge of the evidence supporting vacatur, and no meaningful opportunity to be heard,’ the attorneys write.

‘Most significantly, the vacatur determination took place in a closed-chamber prehearing held behind Mr. Lee’s back.

‘Whatever evidence the State had, it presented only in secret, while at the actual “hearing” the court made no findings of fact to establish that the state fulfilled its obligations.

‘Accordingly, the hearing amounted to a mere formality — including a prearranged press conference at which Mr. Syed emerged wearing civilian clothing.’

They argued that ‘Mr. Lee has no opinion on what the ultimate result should be, and certainly no interest in seeing an innocent man imprisoned, but Mr. Lee and the public are entitled to an unbiased legally compliant proceeding.

‘Under the Vacatur Statute, Mr. Lee (and the public)  cannot be kept in the dark,’ the lawyers argue, writing: ‘If backroom proceedings continue, the rights of both crime victims and criminal defendants are likely to suffer.’ 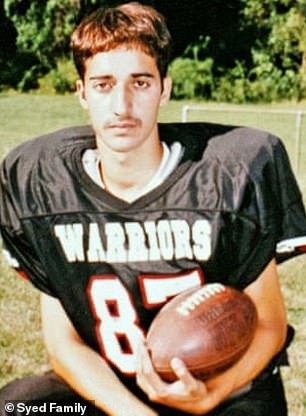 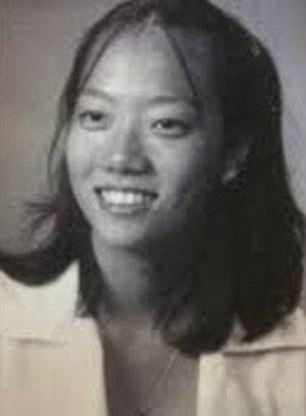 Hae Min Lee, right, was just 18 when she was strangled and buried in a shallow grave in Baltimore’s Leakin Park back in 1999. Syed, right, has repeatedly raised questions about the evidence against him

Hae Min Lee was just 18 when she was strangled and buried in a shallow grave in Baltimore’s Leakin Park back in 1999.

Syed has maintained his innocence for decades and captured the attention of millions in 2014 when the debut season of ‘Serial’ focused on the case and raised doubts about some of the evidence used against him, including cellphone tower data.

Prosecutors have previously said that a reinvestigation of the case revealed evidence regarding the possible involvement of two alternate suspects. The two suspects may have been involved individually or together, the state’s attorney’s office said.

One of the suspects had threatened Lee, saying ‘he would make her (Ms. Lee) disappear. He would kill her,’ according to a court filing.

The suspects were known persons at the time of the original investigation and were not properly ruled out nor disclosed to the defense, prosecutors said.

They further noted that unreliable cellphone data used during Syed’s court case to corroborate his whereabouts on the day of the crime.

The notice on the records specifically advised that the billing locations for incoming calls ‘would not be considered reliable information for location.’ 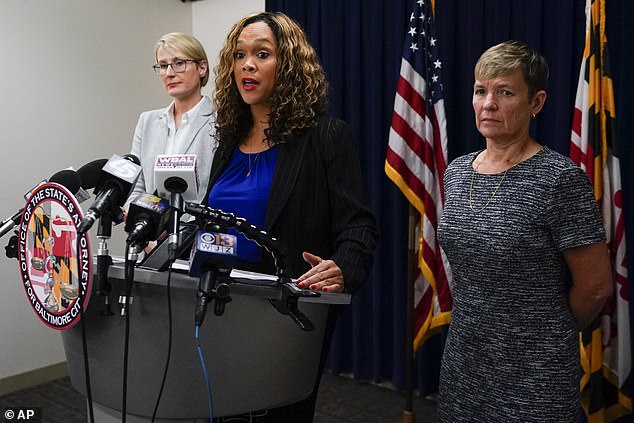 Marilyn Mosby, the state’s attorney for the city of Baltimore, said that DNA not available at the time of the murder revealed genetic material on Lee’s shoes that did not match Syed

In announcing that the charges against Syed would be dropped, Marilyn Mosby, the state’s attorney for the city of Baltimore, said that DNA not available at the time of the murder revealed genetic material on Lee’s shoes that did not match Syed — but she declined to specify whether any match was made to another viable suspect.

‘This case is over. There are no more appeals necessary,’ Mosby said during a news conference, saying Syed would not face a second trial after a judge overturned his original conviction and ordered his release from prison.

She added that she will continue to pursue justice for Lee, as she offered an  apology to both the Lee and Syed families for the decades-long, gut-wrenching saga both sides endured in the case.

‘Justice is never denied, but justice be done. Today, justice is done,’ the top prosecutor added.

Syed’s brother Yusef told WJZ that his own family was feeling ‘very happy’ and ‘very blessed’ by the decision, adding of Adnan: ‘He’s feeling happy, it’s hard for him to kind of process everything, it’s hard for all of use.

And Syed family friend Rabia Chaudry, who first brought the case to the attention of Serial’s producers, said in a statement: ‘For decades now my prayer and the prayers of people who love Adnan have been not only that he is released from prison, but that he returns home with his dignity and reputation restored, his record cleared, and the killer of Hae Min Lee brought to justice.’

‘My final prayer is that the killer is soon arrested and I believe with my entire hear this will happen,’ she added. 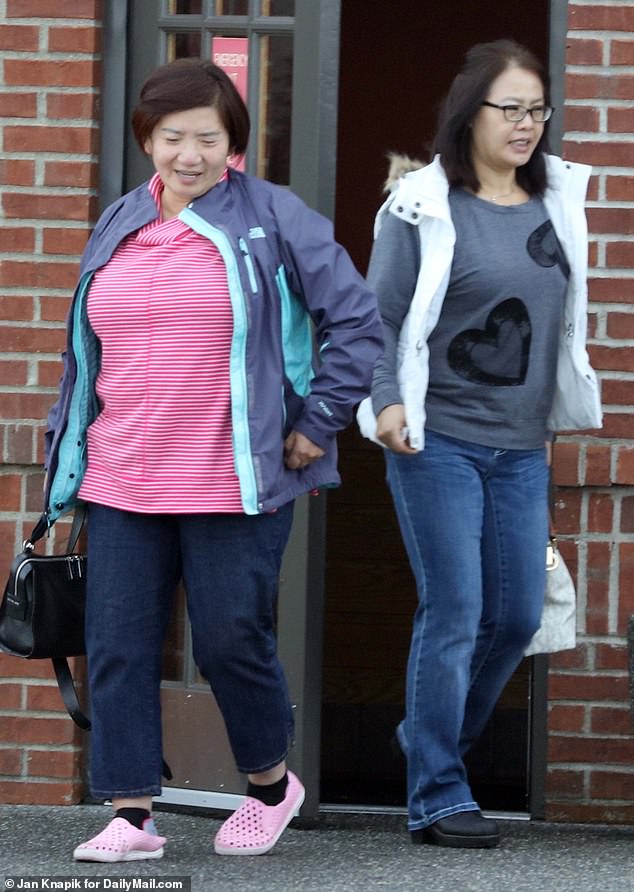 But Lee’s family slammed the decision at the time, saying through an attorney that once again they had not been warned by prosecutors prior to the bombshell announcement, and first learned of it through news reports.

‘After 23 years of having Hae’s murder dredged up again and again, the family deserves more than an email sent to their attorney four minutes after news of today’s dismissal broke in the media,’ Lee family attorney Steve Kelly told DailyMail.com.

‘Truly respecting victim’s voice in the process requires far more than that,’ said Kelly. ‘The family received no notice and their attorney was offered no opportunity to be present at the proceeding.’

‘By rushing to dismiss the criminal charges, the State’s Attorney’s Office sought to silence Hae Min Lee’s family and to prevent the family and the public from understanding why the state so abruptly changed its position of more than 20 years,’ he added.

‘All this family ever wanted was answers and a voice. Today’s actions robbed them of both,’ said Kelly.

And in a statement on Tuesday, upon filing the appeal,  David Sanford, chair of Sanford Heisler Sharp, said: ‘Whether the conviction of Adnan Syed should stand is a question that should be answered in an open, public hearing with evidence that the victim’s family and the world should see,

‘The court made a most egregious error by holding a private proceeding without informing the victim’s representative and with no court reporter present,’ he continued in a statement to DailyMail.com.

‘At this point, the integrity of our judicial system and respect for the rule of law are at stake,’ he said.

Sharp will be arguing in the Court of Special Appeals on February 2.