Eight-time NBA All-Star Dwight Howard made his debut in Taiwan’s T1 League on Saturday with an impressive statement performance.

The 36-year-old put up 38 points, 25 rebounds, nine assists and four blocks to lead the Taoyuan Leopards to a 120–115 victory over New Taipei CTBC DEA.

His 14-for-32 shooting even included two made 3-pointers.

You may be thinking, "Did 6-foot-10 center Dwight Howard really try shooting a three?" The answer is yes, 10 times.

Not only did the former Los Angeles Laker make a surprising amount of attempts from beyond the arc, he also acted as ball handler in pick-and-roll situations and dished out the ball like a point guard.

Howard was named the player of the game for the showing, which helped Taoyuan come back from a double-digit deficit early in the fourth quarter.

Playing for seven different teams during his 18-year NBA career, Howard played for the Lakers in 2021-22 and averaged 6.2 points and 5.9 rebounds across 60 games.

The three-time NBA Defensive Player of the Year and one-time NBA champion announced that he was joining the Leopards in early November.

“I have always loved the energy I felt visiting Taiwan as you can see I still have posters hanging up on my walls from my first 2 times visiting!” he wrote. “I’m ready to enjoy life by playing the sport I love in front of a bunch of people that love me & for my people in Taiwan have your posters ready to welcome yours truly,”

Howard still has hopes to play one final season in the NBA. He told Fox Sports' Shannon Sharpe in October that he'd like to join the Golden State Warriors, where he envisioned setting screens for Stephen Curry and mentoring former No. 2 overall pick James Wiseman.

"I would love to play season 19 and go out on top," Howard said. "I would definitely love to do that. That would be amazing — and get a parade like I deserve."

While the Warriors didn't bite at the time, more performances like Saturday's might make Howard's final season dreams a reality somewhere in the NBA. 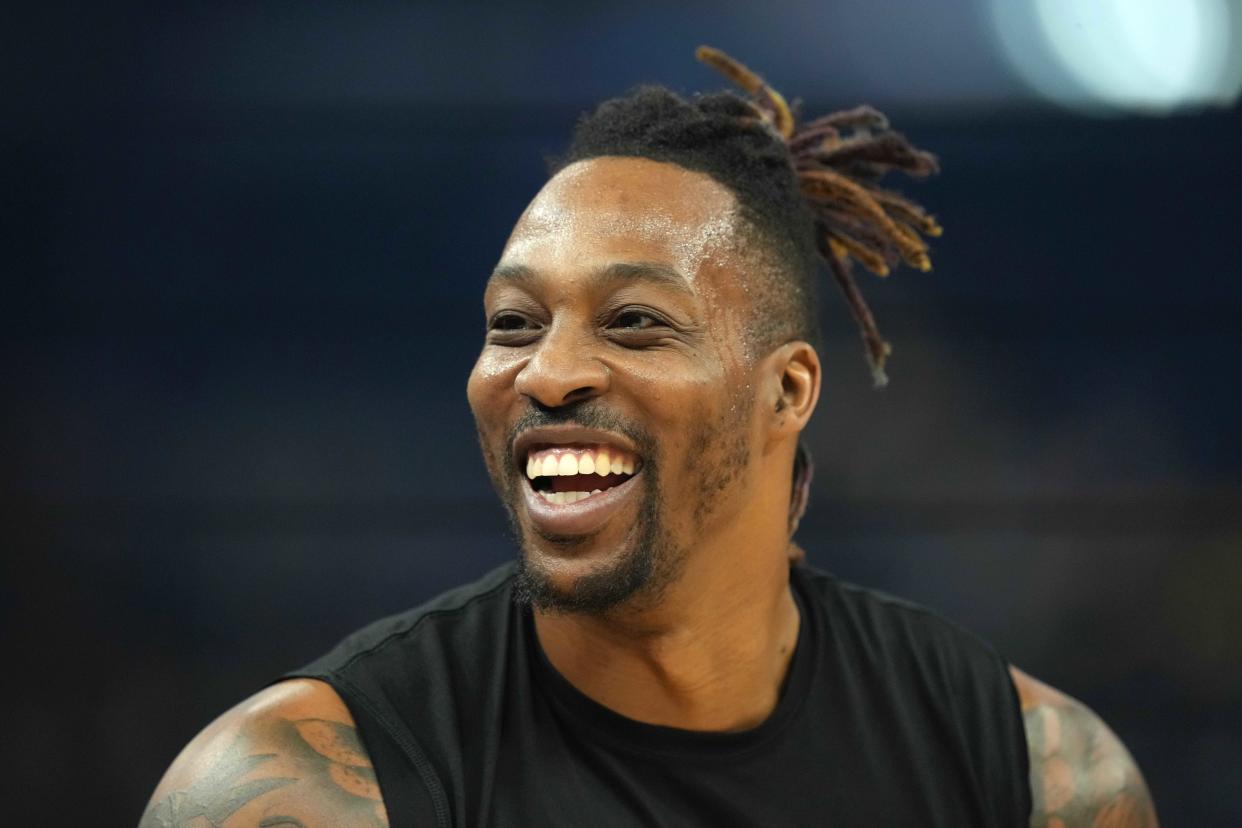