Elon Musk hints he’s shifted to the right over last 14 years as liberals morphed into ‘woke progressives’: Twitter sees exodus of ‘wokerati’ since his $44B takeover with Kamala, AOC and Bernie losing thousands of followers

Elon Musk hinted on Thursday that his political sentiment has shifted rightward over the past 14 years, by posting a meme showing a moderate liberal driven into the arms of conservatives.

The image depicts a stick figure labeled ‘me’ remaining stationary relative to another labeled ‘conservative’, as the figure at the ‘liberal’ end of the spectrum moves further and further to the left.

By the final diagram, labeled 2021, the ‘me’ figure is to the right of the center line, as the conservative chuckles and the liberal, now labeled ‘woke progressive’, accuses the centrist of bigotry.

Musk presented the meme without comment, but his political views have taken on new significance following the announcement of his $44billion deal to buy Twitter, and his declaration that the platform should be ‘politically neutral’.

Responding to his tweet, many angry liberals argued that in fact, conservatives had grown far more extreme since 2008, the year Barack Obama was first elected president. 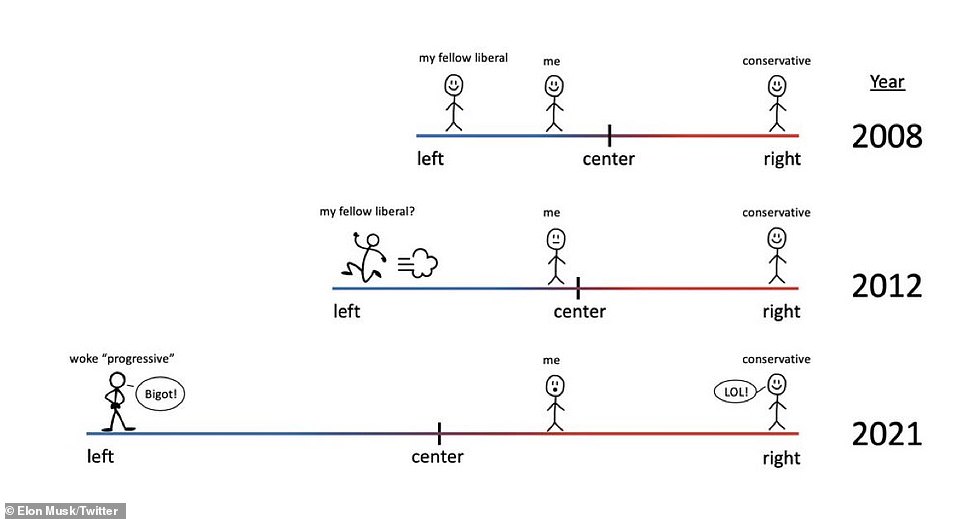 Elon Musk hinted on Thursday that his political sentiment has shifted rightward over the past 14 years, by posting this meme showing a moderate liberal driven into the arms of conservatives 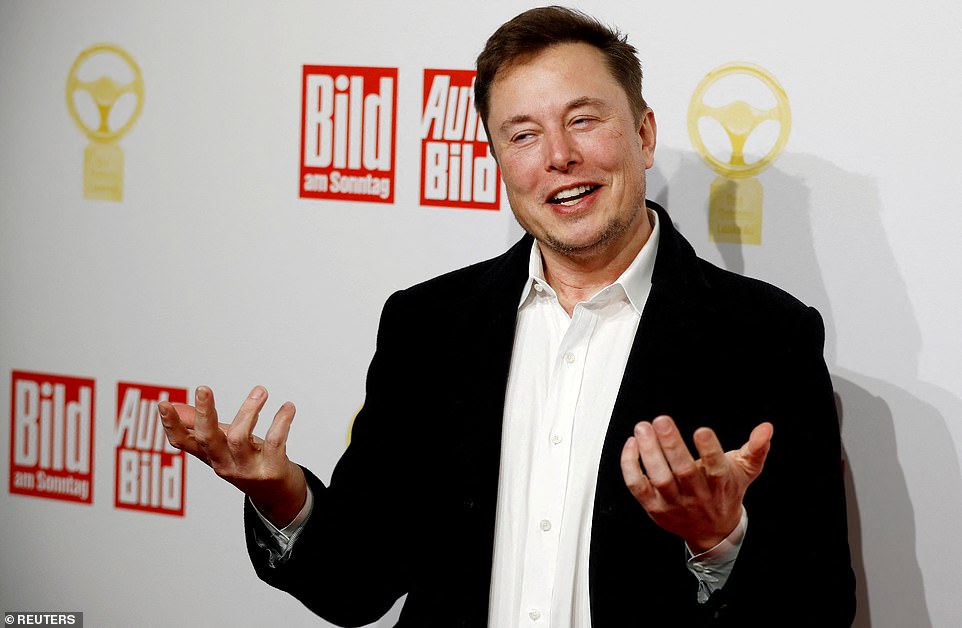 Musk presented the meme without comment, but his political views have taken on new significance following the announcement of his $44billion deal to buy Twitter, and his declaration that the platform should be ‘politically neutral’.

Since his takeover was announced on Monday, Musk, whose political views are elusive and sometimes contradictory, has stepped up his engagement with conservatives, responding to the tweets of several right-wing commentators.

Meanwhile, conservative influencers have enjoyed a considerable uptick in Twitter followers since the deal was announced, while public figures on the left of the political spectrum suffered a sharp decrease.

Meanwhile on the left, Alexandra Ocasio-Cortez (AOC), Hillary Clinton and Ellen DeGeneres have witnessed an exodus of 26,072, 21,424 and 27,141 Twitter followers respectively in the past four days.

Vice President of the United States Kamala Harris lost over 28,000 of her supporters and Michelle Obama dropped a dramatic 32,073, while her husband Barack and US President Joe Biden appeared to be the only big-name Democrats who saw their numbers increase.

The fluctuation in follower numbers on either side triggered a wave of conspiracy theories seeking to explain the phenomenon. 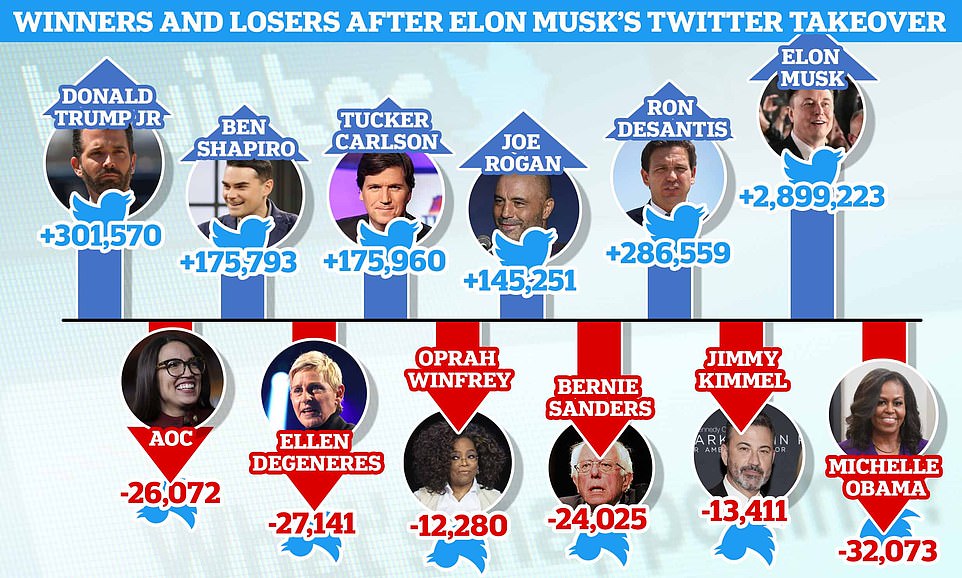 Some suggested Elon’s takeover prompted developers to change the social media behemoth’s algorithms to highlight conservative accounts and suppress left-leaning ones – a theory that was slapped down by people who pointed out that Musk will not officially complete his purchase of the platform for months.

Others argued ‘woke’ Twitter programmers, who have been accused of silencing right-wing voices by suspending or banning controversial accounts whose views they disagree with, adjusted the algorithms to be more balanced in an attempt to cover up their previous biases.

But Twitter blocked its staff from making programming changes to the app to prevent it being sabotaged, rendering that theory wide of the mark as well.

Now, social media expert and digital marketeer Carrie-Ann Sudlow has declared the phenomenon which has seen conservative influencers gain followers since Musk’s takeover while left wingers lose out as an organic consequence of the way in which different users view the SpaceX and Tesla founder.

‘It’s not an algorithm issue or a conspiracy. When something like this happens in the world, [conservative influencers] have an opinion on it, and it’s either popular or not popular and that leads to them gaining or losing followers,’ she told DailyMail.com.

‘This is a big takeover from a very influential man. With influence comes strong opinions. Elon fans seem to be for or against, with few sitting on the fence. He’s making a big impact on all areas of the world, his sceptics will not want to fund him and so they leave Twitter.

‘His supporters meanwhile will rejoice and jump on the back of the news, hence gaining followers.’

Her analysis of the phenomenon seems to validate Twitter’s own statement, which said the loss and gain of followers was down to supporters of Elon Musk and conservative influencers creating more accounts, while left-leaning users deactivated theirs.

‘While we continue to take action on accounts that violate our spam policy which can affect follower counts, these fluctuations appear to largely be a result of an increase in new account creation and deactivation,’ the platform said in a statement. 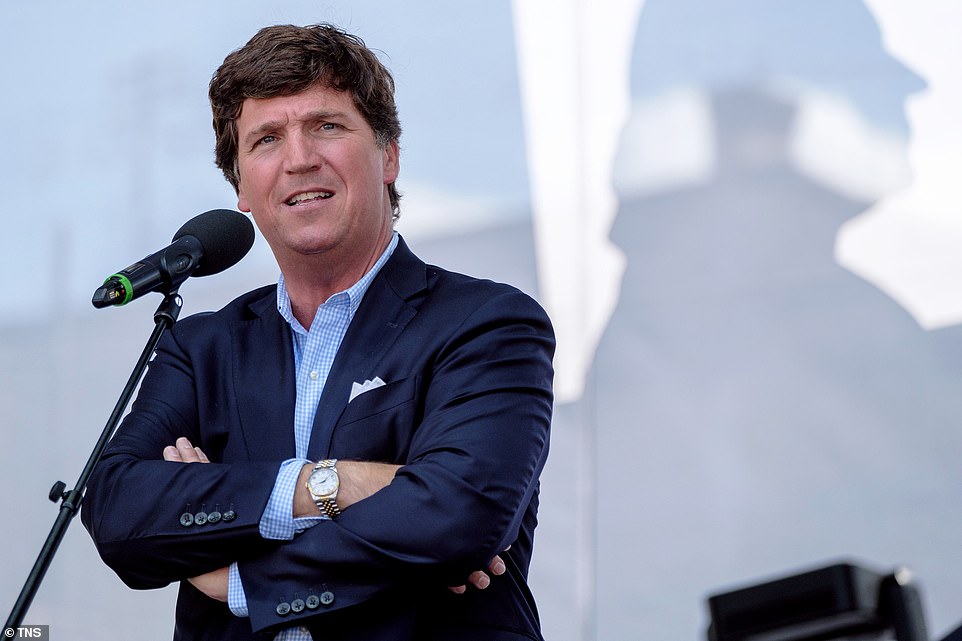 Fox News host Tucker Carlson (pictured), one of America’s most forthright conservative mouthpieces, has experienced an influx of 175,960 followers since the news of Musk’s takeover broke earlier this week 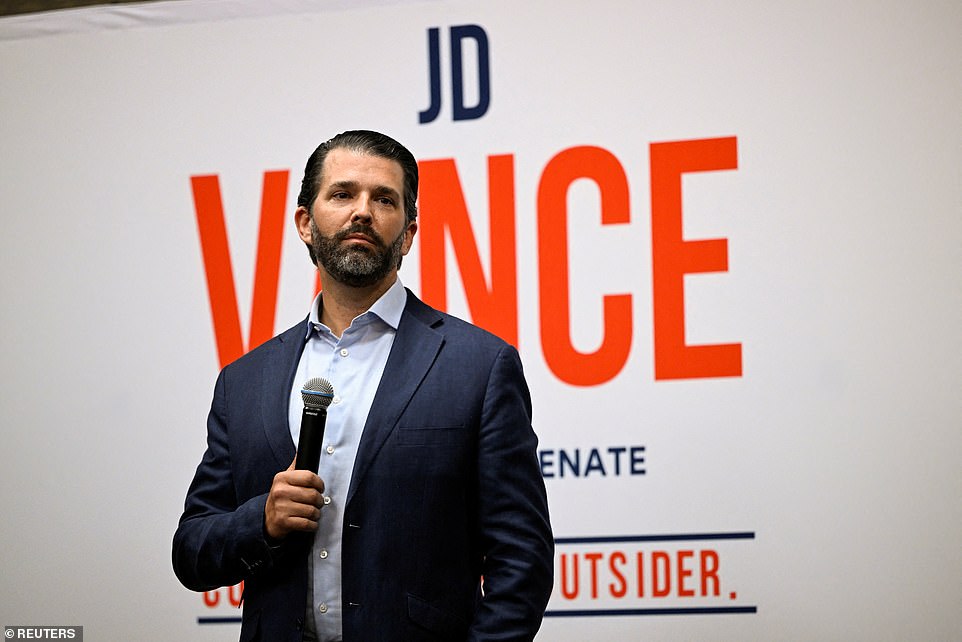 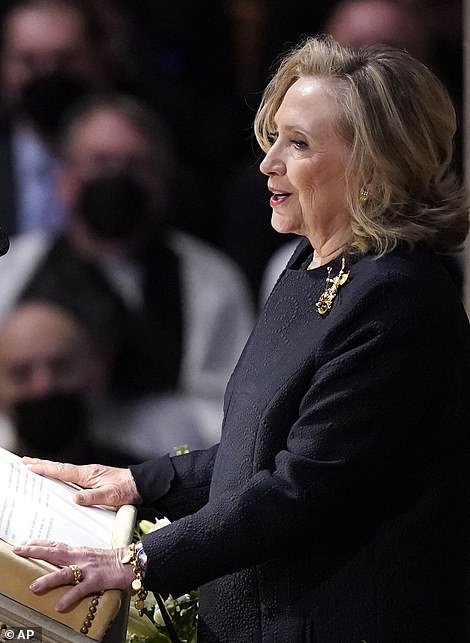 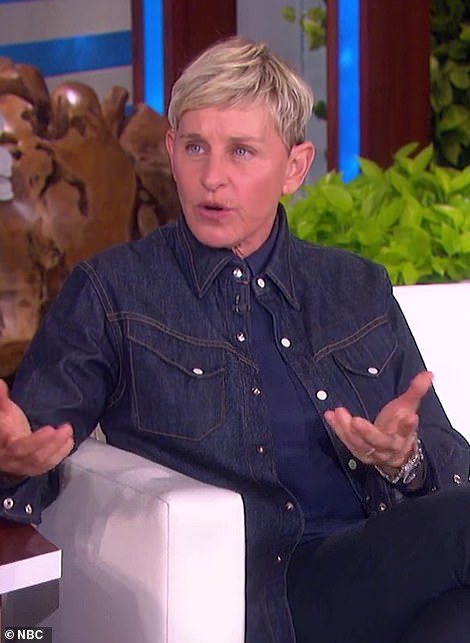 On the left, Hillary Clinton (L) and Ellen DeGeneres (R) have witnessed an exodus of 21,424 and 27,141 Twitter followers respectively in the past four days

Twitter’s board on Monday unanimously accepted a $44billion bid from Musk to buy out the company and own it outright.

Musk pledged to uphold free speech on the platform so it can fulfil its potential as the world’s ‘digital town square’, while relaxing content restrictions and cracking down on spam posters and bots.

‘Free speech is the bedrock of a functioning democracy, and Twitter is the digital town square where matters vital to the future of humanity are debated,’ Musk said in a statement following the announcement of his takeover.

But news of the buyout prompted many left-leaning users to announce their intentions to leave the platform, while others expressed concern that relaxed content controls could lead to more hate speech.

In yet more tweets last night and early this morning, Elon set out some more of his intentions for the platform which outlined his basic visions for the user experience, a desire to make Twitter politically neutral in its content control, and the need for increased security.

Donald Trump Jr, who has 7.7 million followers, saw his followers surge by 87,296 on Tuesday alone – the day following the takeover announcement – and posited the now disproven theory the increase was due to an algorithm tweak targeting prominent conservative voices ahead of Musk’s arrival.

He tweeted: ‘While I’m awesome and totally deserving of 87,000 new followers a day it seems that someone took the shackles off my account. Wonder if they’re burning the evidence before new management comes in.’

Don Jr’s account had grown by between 5,000 and 10,000 tweets a day in recent weeks, with the spike in the wake of Musk’s announcement immediately obvious.

Florida Governor Ron DeSantis praised Musk’s bid for Twitter, calling it ‘a good deal for shareholders’ and saying it ‘raises the prospect that the platform will be a place where free speech can thrive, not a tool for narrative enforcement.’

By comparison, she was gaining a few hundred new followers a day prior to Musk’s acquisition. 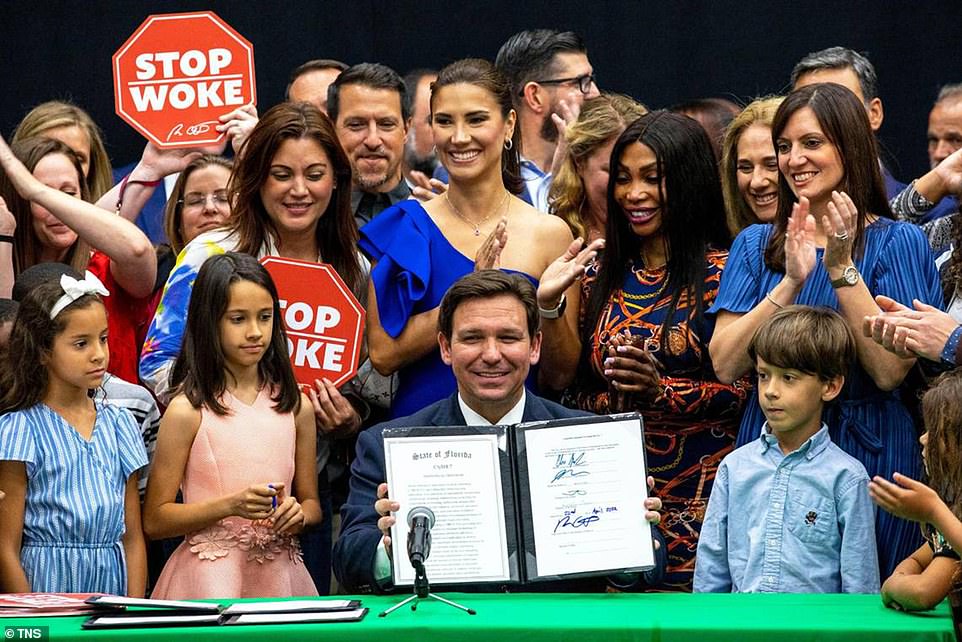 Ron DeSantis, pictured on Friday, has enjoyed a huge surge in followers since news of Musk’s takeover broke on Monday 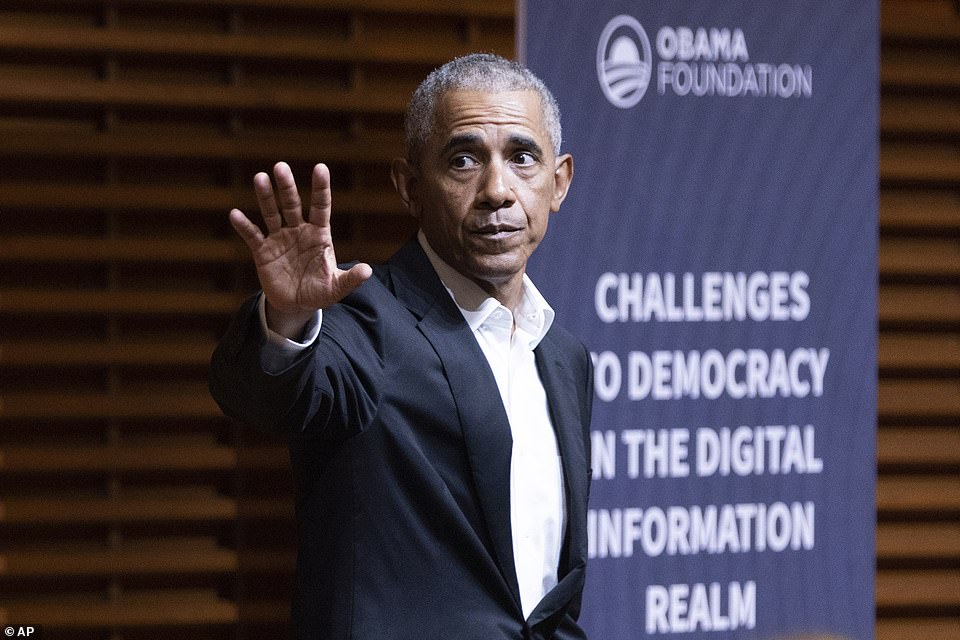 Barack Obama, the most followed person in the world, is one of the few Democrats and left-leaning mouthpieces to have held on to their followers or gained new ones 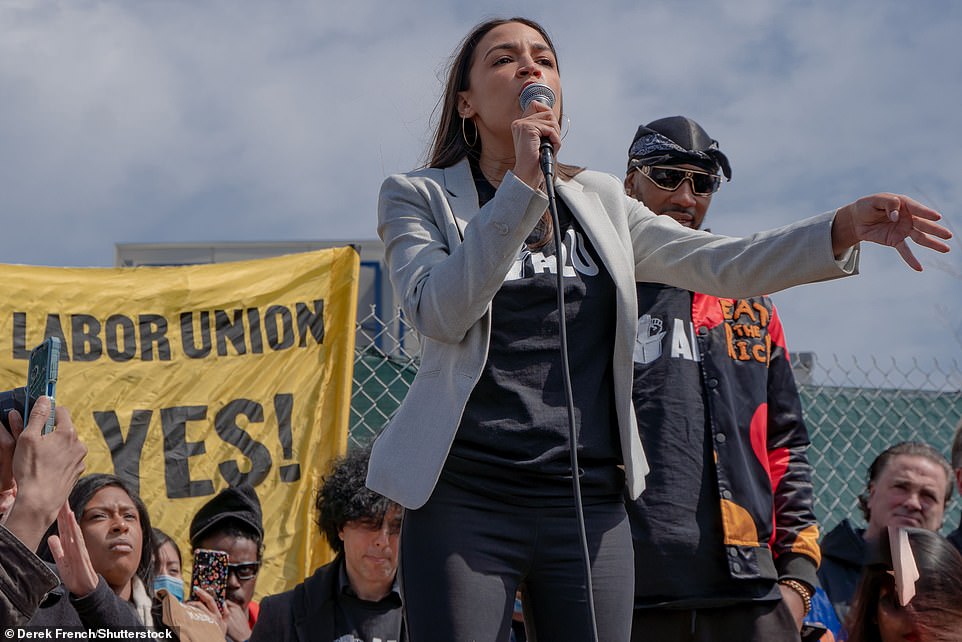 Alexandria Ocasio-Cortez, pictured on Sunday in Staten Island, saw her followers drop by 20,725 on Tuesday alone

Meanwhile AOC, arguably the left’s most prominent voice, particularly among millennials and generation Z, has seen her follower count tumble.

Prior to Musk buying Twitter, she attracted around 1,000 new followers each day, but news of the takeover appears to have inspired many of her leftist followers to abandon the platform.

That is in contrast to the hundreds or even thousands of new followers she previously gained on any given day.

Marjorie Taylor Greene, the abrasive Georgia representative, saw her tally rise by 41,181 on Tuesday, while her friend Matt Gaetz, the firebrand Florida congressman, went up 24,929.

Taylor Greene tweeted a list of those currently banned for spreading misinformation or ‘inciting violence’ under Twitter’s current management, arguing the platform was suppressing right-leaning voices and infringing on the right to free speech.

‘Bring back President Trump,’ she said. 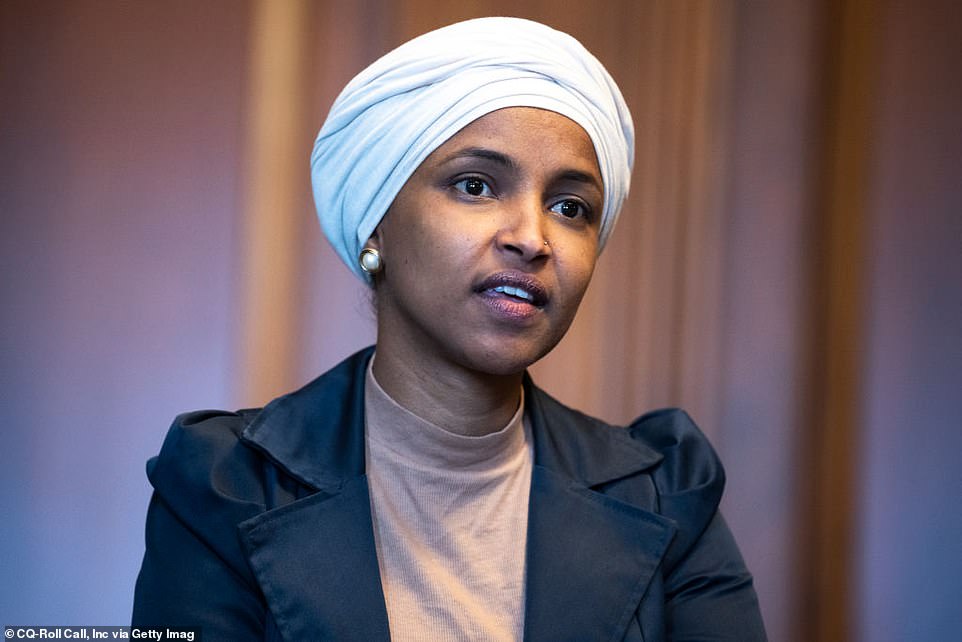 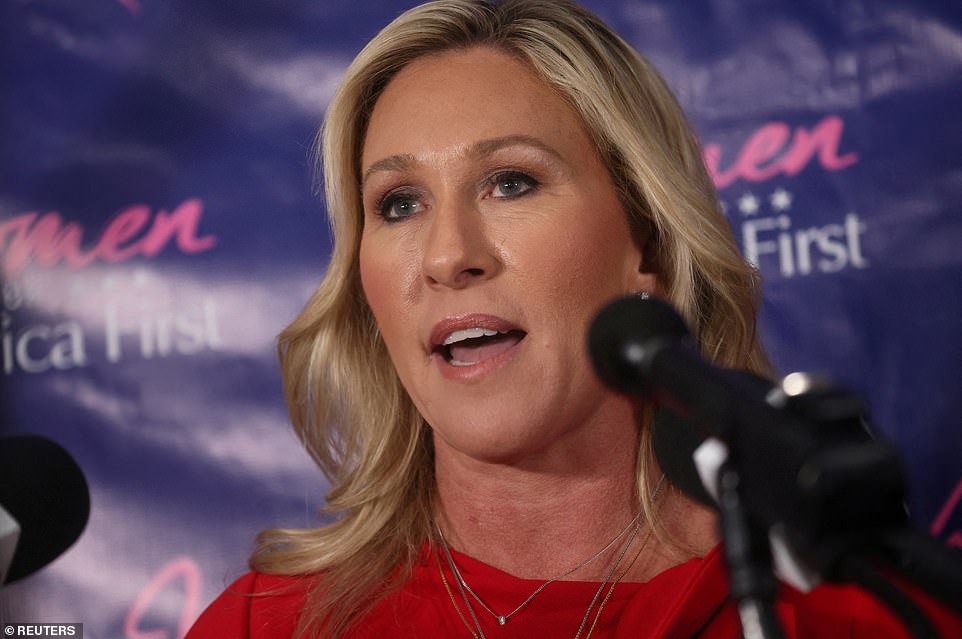 Marjorie Taylor Greene, the abrasive Georgia representative, saw her tally rise by 41,181 on Tuesday, while her friend Matt Gaetz, the firebrand Florida congressman, went up 24,929. Taylor Greene tweeted a list of those currently banned for spreading misinformation or ‘inciting violence’ under Twitter’s current management, arguing the platform was suppressing right-leaning voices and infringing on the right to free speech.

Twitter today reported overall revenue and ad sales that fell short of expectations, hurt by the ongoing war in Ukraine, laying out the challenges Musk will face if he takes over the social media company.

Although it reported stronger-than-expected user growth in what could be the last quarter as a public company, Twitter shares fell slightly.

‘Elon Musk is buying Twitter at a time when the company is struggling to attract new users following the pandemic-driven surge,’ said Haris Anwar, senior analyst at Investing.com.

To put Twitter’s user growth in perspective, the sequential addition of 12 million users in the first quarter is the biggest since the height of the pandemic. Since then, it has not come near that level and has ranged between 1 million to 7 million new users per quarter, after growing by 20 million daily active users in the second quarter of 2020.

The company would need to add at least 12 million users every quarter until the end of next year to achieve the ambitious 2023 goals it set for itself, which Twitter has now disavowed because of the deal.

Twitter has long faced criticism for its sluggish pace of product launches. Musk has tweeted suggestions ranging from releasing a widely-demanded edit button to making the Twitter algorithm open-source.

When Musk closes the deal, he will be overseeing a company that has had long-standing struggles with internal dysfunction, indecision and lack of accountability, as stated by a series of current and former Twitter employers interviewed by Reuters.