Home » EU on brink: Brexit ‘could easily be repeated’ in Sweden as bloc was issued dire warning

EU on brink: Brexit ‘could easily be repeated’ in Sweden as bloc was issued dire warning

Tensions inside the bloc have continued to rage over its handling of the coronavirus pandemic – despite the European Commission, and its President Ursula von der Leyen, appearing to now have the vaccine crisis under control. Bitter disputes over how slow the early decision making in choosing, and funding, pharmaceutical companies to create vaccines, saw some nations who were overwhelmed with the virus begging other countries for jabs to curb its spread. Among these were the likes of Hungary and the Czech Republic, who eventually secured vaccines from Israel, prior to the current rollout.

Ms von der Leyen herself admitted the handling of the crisis had its own issues, and critics have been quick to condemn the difficulties experienced in agreeing to approve a vaccine.

One episode even saw French President Emmanuel Macron claim the AstraZeneca jab didn’t work among sections of older citizens, hours before the EU gave the greenlight for it to be rolled out.

During the crisis, however, the UK appears to have away from the EU, after it officially left the bloc this year.

In the aftermath of the UK’s decision to back Brexit, David Wemer – a Europe Fellow at Young Professionals in Foreign Policy – wrote how others could one day join them in quitting Brussels, and why similar arguments in Britain could be used in other Nordic nations’ debates. 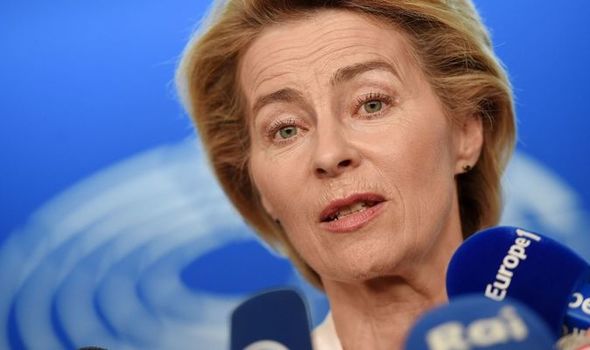 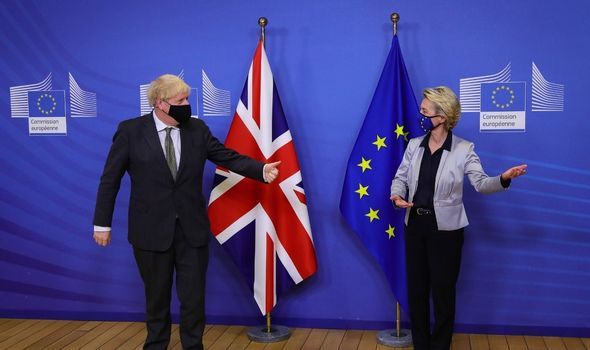 He noted that the UK was “one of the biggest voices” inside the bloc, and that without Britain’s opposition, “Germany, France, Italy, Spain and others may decide that more political and economic integration is the only solution to fight populism and that ‘flexible’ membership must be abandoned to achieve this end”.

Writing in the Diplomatic Courier in 2016, he added: “Facing political isolation without the United Kingdom and feeling pressure to cede more sovereignty to Brussels, Swedish political elites may look to leave the Union.

“In the United Kingdom, it was ultimately an alliance between populist anger and conservative elite opposition to an “ever closer union” that won the referendum. This scenario could easily be repeated in Sweden, Denmark, and even the new Eastern European states.

JUST IN: EU accused voters of being ‘narrow-minded’ 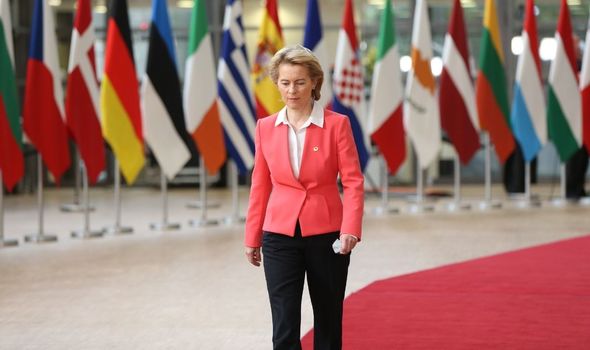 “Perhaps more concerning, a gridlock between integrationist and anti-integration member states could cripple the already dysfunctional EU system, further deteriorating support for the Union throughout the continent.”

Sweden and the UK enjoyed a fruitful friendship while Britain was part of the bloc, voting around 89 percent of the time in the same way between 2009 and 2015.

Together, they even successfully led a charge to secure the first ever EU budget cut back in 2013. 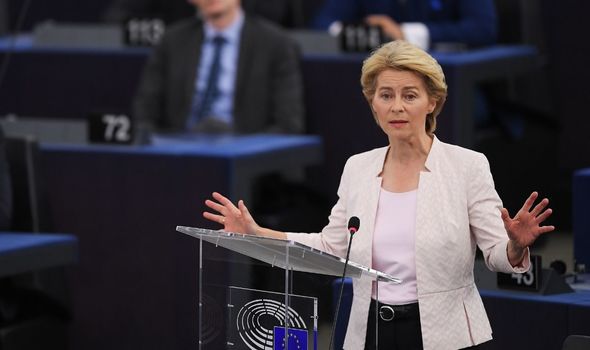 Cathrine Danin – a senior analyst for Stockholm’s leading financial institution Swedbank – also claimed her country could follow London out of Brussels prior to the 2016 referendum.

One of the main issues for Ms Danin was that if Brexit was secured, Sweden’s influence in the EU would be diminished, and that it could be forced to enter into the dreaded eurozone.

In a report regarding the financial implications Brexit could have for Sweden, Ms Danin noted that some countries already in the euro “prefer deeper integration” and that the UK quitting Brussels “could isolate nations like Sweden”.

She added: “This could force Sweden to seek closer relationships with the UK, Norway and possibly Denmark at the expense of the EU. 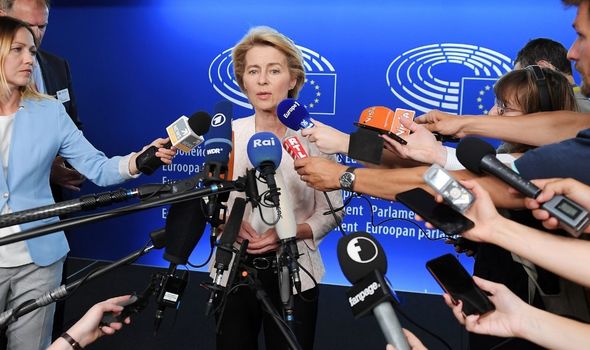 “In the medium to longer term, therefore, we might expect a more fragmented Europe that will develop at different speeds.”

Ulrica Schenström, a Moderate Party member and former Prime Minister Fredrik Reinfeldt’s state secretary, also explained how difficult Sweden’s relationship with the bloc could become should the UK quit in 2016.

She said that there were “lots of reasons for Sweden to be worried”, The Local reported, adding: “Our partnership with the UK, which like us is outside the euro but inside the EU, is really important for us.

“Britain has done a lot of the heavy lifting for us non-euro countries.”