The family of a Briton killed in the 9/11 terror attacks is controversially claiming that the Twin Towers were brought down by internal explosions and not by hijacked aircraft crashing into them.

Relatives of 31-year-old Geoff Campbell are challenging the accepted version of events and demanding a new inquest.

The Campbell family, backed by a scientific team, make the astonishing claim that the World Trade Center towers in New York were laced with explosives, provoking their collapse and causing Mr Campbell’s death alongside more than 2,600 others on September 11, 2001.

A 3,000-page dossier detailing this extraordinary allegation is to be handed this morning to the Government’s top legal adviser, acting Attorney General Michael Ellis.

It insists ‘significant evidence’ went unheard at the 2013 London inquest of Mr Campbell and nine other Britons who perished in the atrocity. 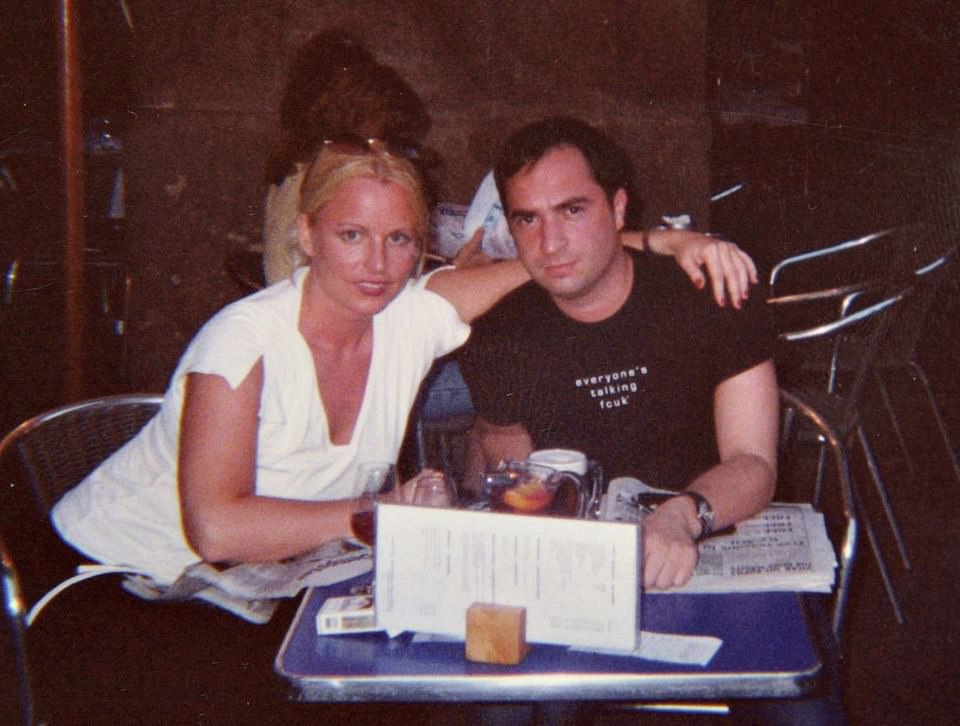 Geoff Campbell, pictured with his American former fiancée Caroline Burbank. His family are controversially claiming that the Twin Towers were brought down by internal explosions and not by hijacked aircraft crashing into them

The inquest ruled the ten had been ‘unlawfully killed’ in an ‘act of terrorism’ by Al Qaeda flying aircraft into the towers and causing their ‘total destruction’ – a decision in keeping with official accounts.

The conspiracy theory that the towers were downed in a controlled explosion was first raised in the immediate aftermath of the attacks but has been dismissed by several expert studies.

The demand to the Attorney General is expected to trigger permission for the family to apply to the High Court for a fresh inquest. Risk analyst Mr Campbell was working on the North Tower’s 106th floor when he died.

His older brother Matt Campbell, told the Mail yesterday: ‘I believe there has been a cover-up. We have scientifically and forensically-backed evidence that the official narrative surrounding the Twin Towers collapse on 9/11 is wrong.’

The Campbells’ demand is being made under Section 13 of the UK Coroners Act 1988 which allows an inquest to be re-run in the ‘interests of justice’ if substantial new evidence comes to light.

The Section 13 rule was used in 2016 to re-open the inquiry into the deaths of 97 fans in the Hillsborough football stadium disaster. 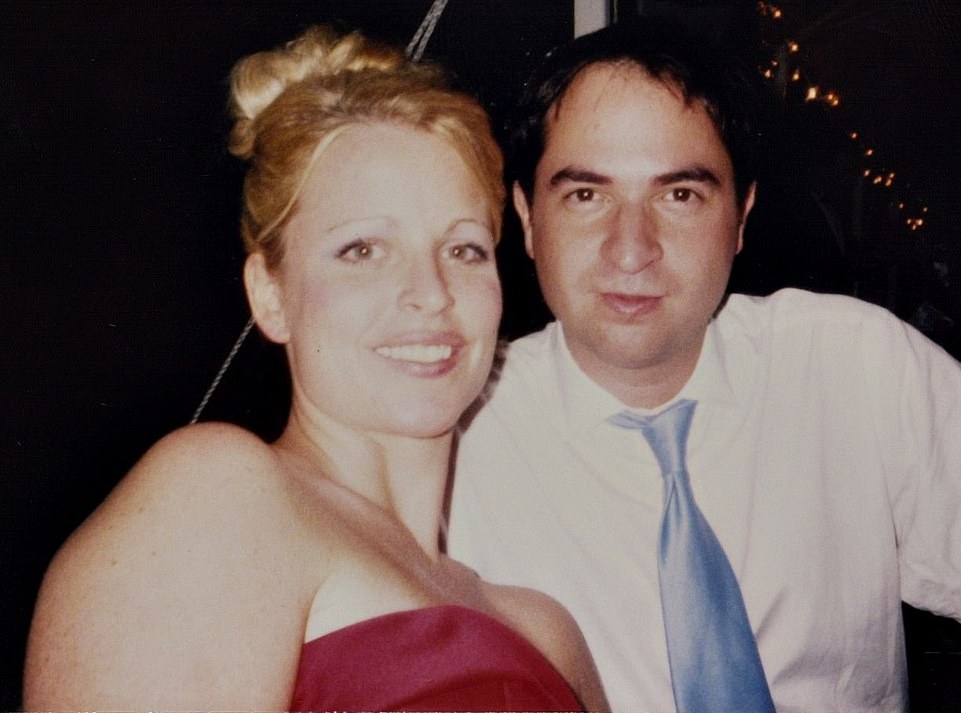 The family, including Mr Campbell’s parents and his American former fiancée Caroline Burbank, say their evidence challenges official US reports that fires caused by fuel from the crashed jets brought down the towers.

Their dossier says this makes no scientific sense because most steel does not melt until it reaches around 2,800F (1,537C), and open jet fuel fires cannot burn hotter than 1,700F (927C).

It claims that nine independent scientists have shown dust from the Twin Towers contained traces of nano-thermite which can be used in controlled demolitions.

Thirdly, the dossier says that it was impossible for the North Tower to ‘essentially go into free fall’, without explosives having destroyed the bottom part of the building and allowing the top to accelerate through it.

The evidence to the Attorney General, which will go to any new inquest, also contains witness accounts of explosions before the Twin Towers were struck. 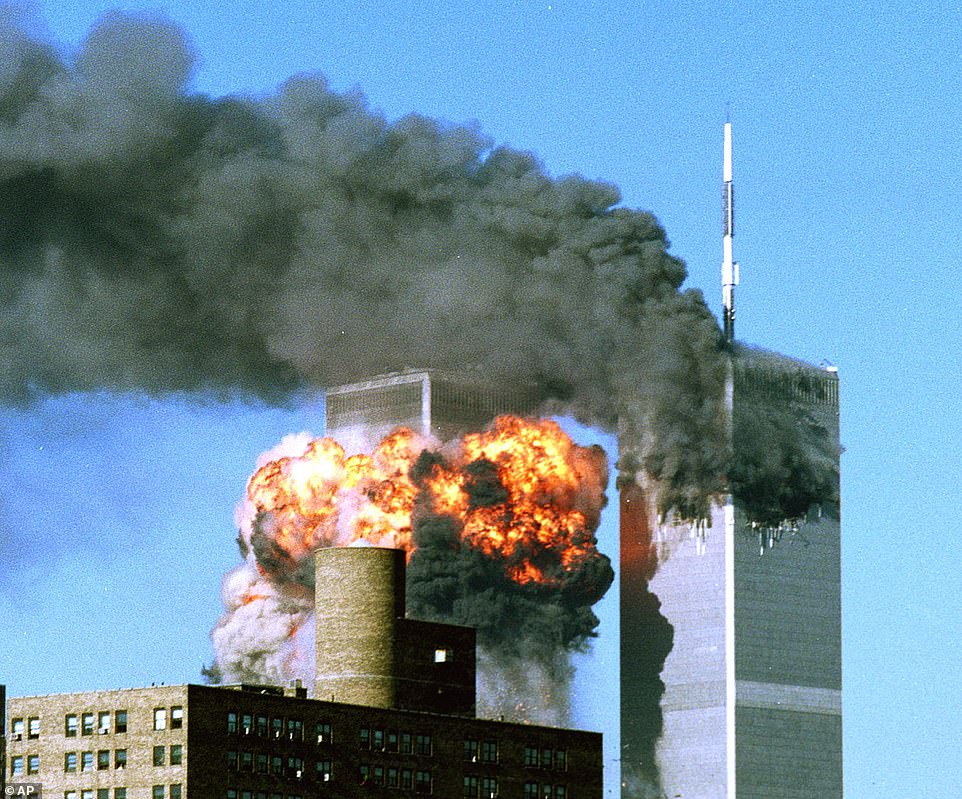 The Campbell family make the astonishing claim that the World Trade Center towers in New York were laced with explosives, provoking their collapse and causing Mr Campbell’s death alongside more than 2,600 others on September 11, 2001

According to the Campbells’ dossier, seismographic recordings, measuring sudden ground movements, were picked up 12miles from the North Tower, 15 seconds earlier than 8.46.40 am, the time a hijacked American Airlines jet struck the building.

For a new inquest to be allowed, the family merely need to show that evidence not considered at the first inquest may lead to a different verdict.

Father of three Matt Campbell added last night: ‘We want justice for Geoff who was a brilliant analyst, had just got engaged, and had his whole life ahead of him.’

Conspiracy theorists claim 9/11 was fabricated to provide a pretext for America to start the so-called War on Terror.

But theoretical physicist Mr Campbell insisted: ‘This family are not conspiracy theorists. We only want the truth, and justice for Geoff.’