DOCTORS in Japan have warned that the Olympic games could spawn an 'Olympic' Covid-19 strain as thousands flock to stadiums.

It comes as the US warns fans not to travel to Japan for the games in the summer after a surge in coronavirus cases that has pushed hospitals to the brink of collapse. 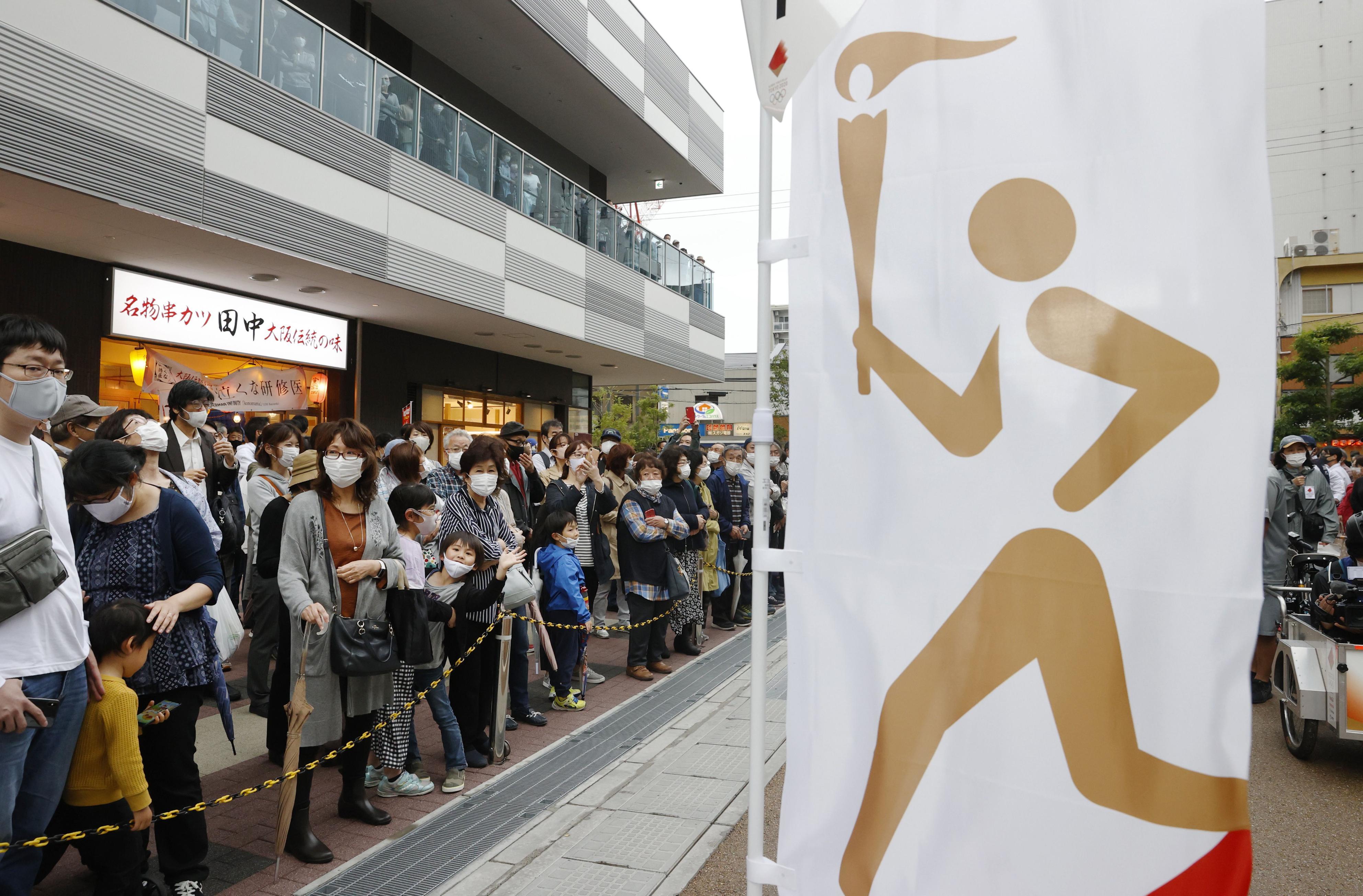 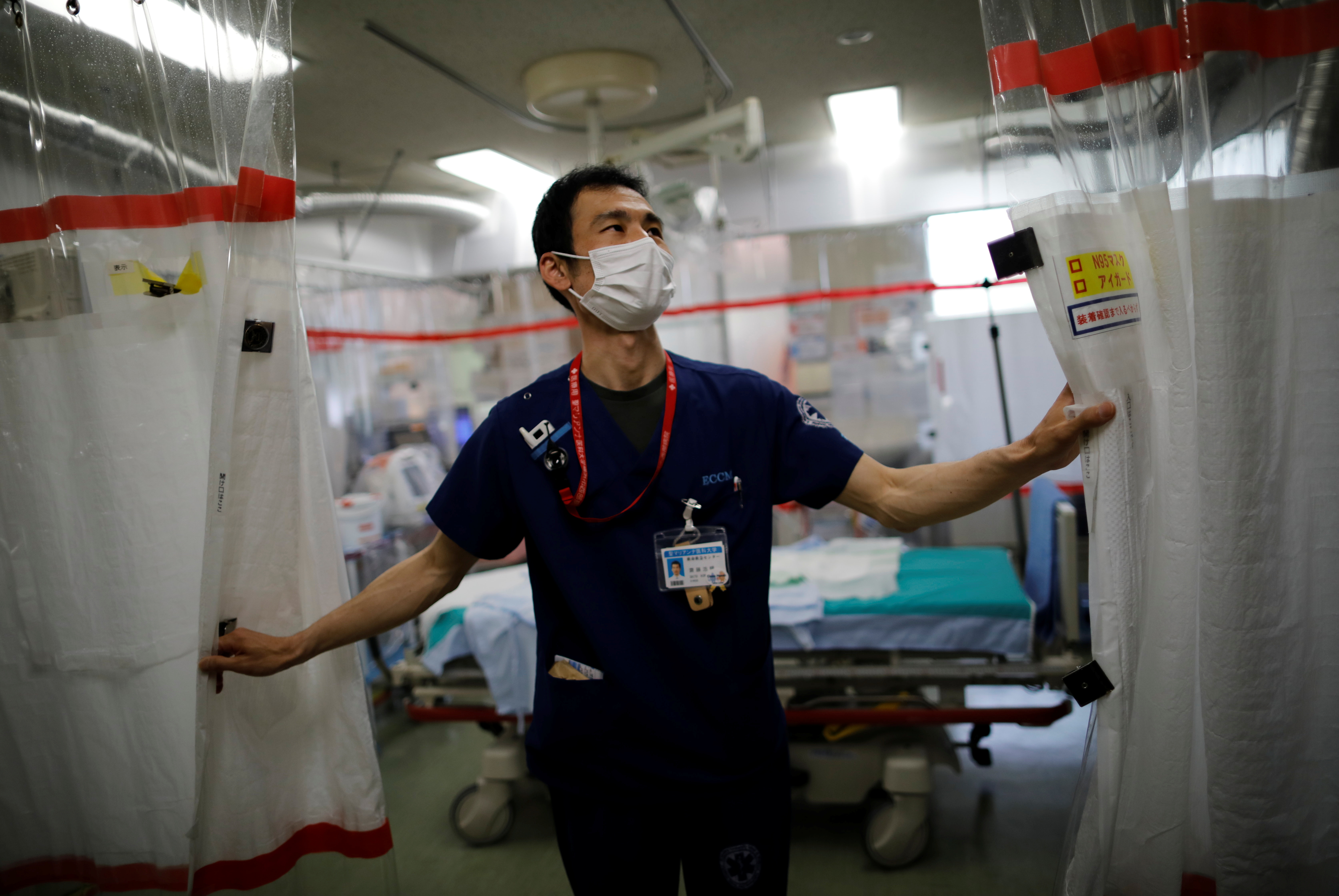 Hospitals in Japan are in crisis just two months before the country is due to host the sporting event.

People from more than 200 nations and territories are set to arrive and the Games, due to begin in eight weeks, pose a danger, said Naoto Ueyama, head of the Japan Doctors Union.

Several parts of Japan are under virus states of emergency over a surge in infections, and the public is largely opposed to holding the Games this summer.

Japan has pledged to hold a "safe and secure" 2020 Olympics in Tokyo after a year-long postponement but is struggling to contain a fourth wave of infections and preparing to extend a state of emergency in much of the country.

Japanese officials, Olympics organisers and the International Olympic Committee (IOC) have said the Games will go ahead under strict virus-prevention measures. 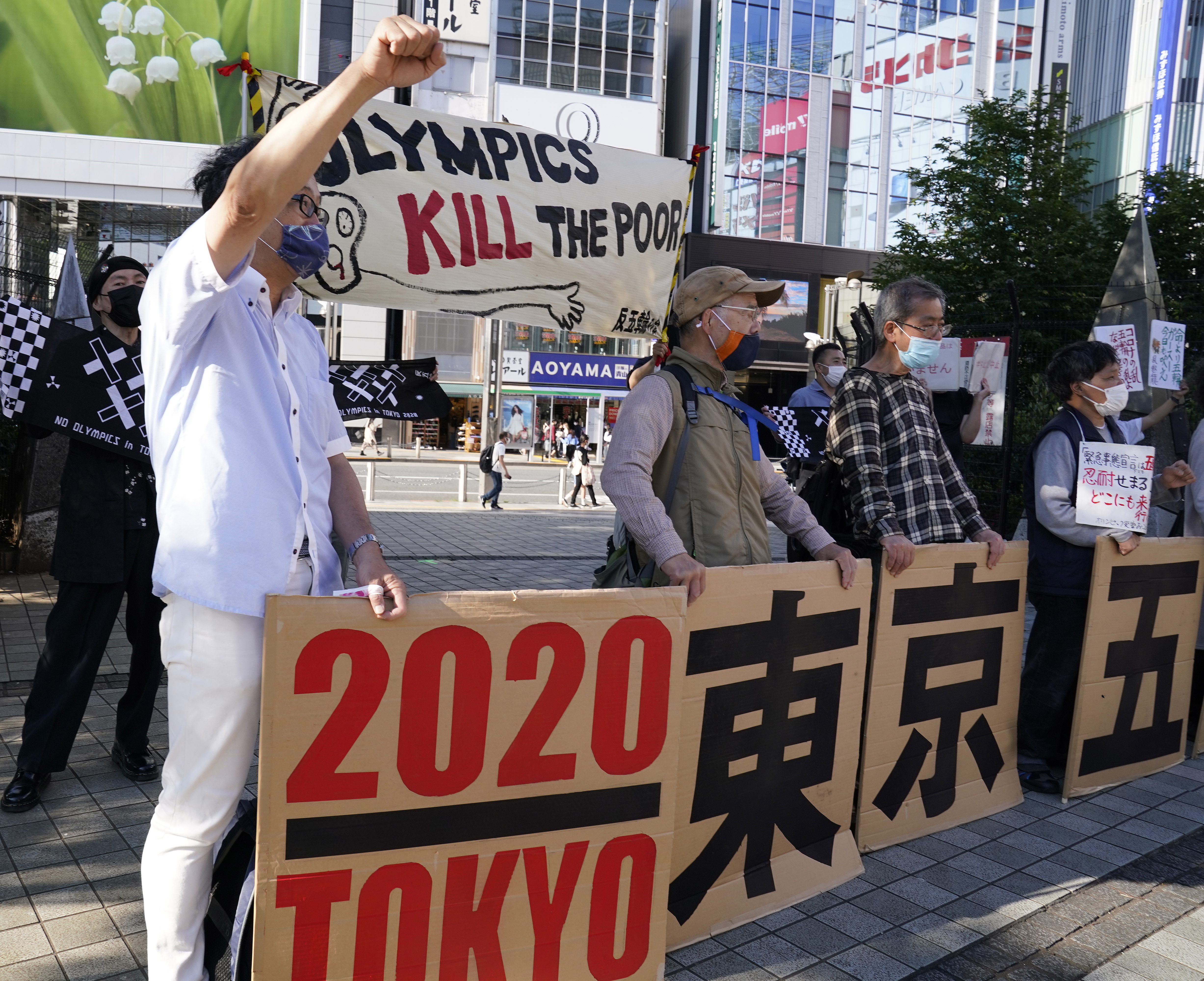 Foreign spectators have been banned and a decision on domestic ones is expected next month.

But even with those steps, worries remain about the influx of athletes and officials into Japan, where a vaccination drive remains slow, with just over 5% of the population having had a shot.

"All of the different mutant strains of the virus which exist in different places will be concentrated and gathering here in Tokyo.

"We cannot deny the possibility of even a new strain of the virus potentially emerging," Naoto Ueyama told a news conference.

"If such a situation were to arise, it could even mean a Tokyo Olympic strain of the virus being named in this way, which would be a huge tragedy and something which would be the target of criticism, even for 100 years." 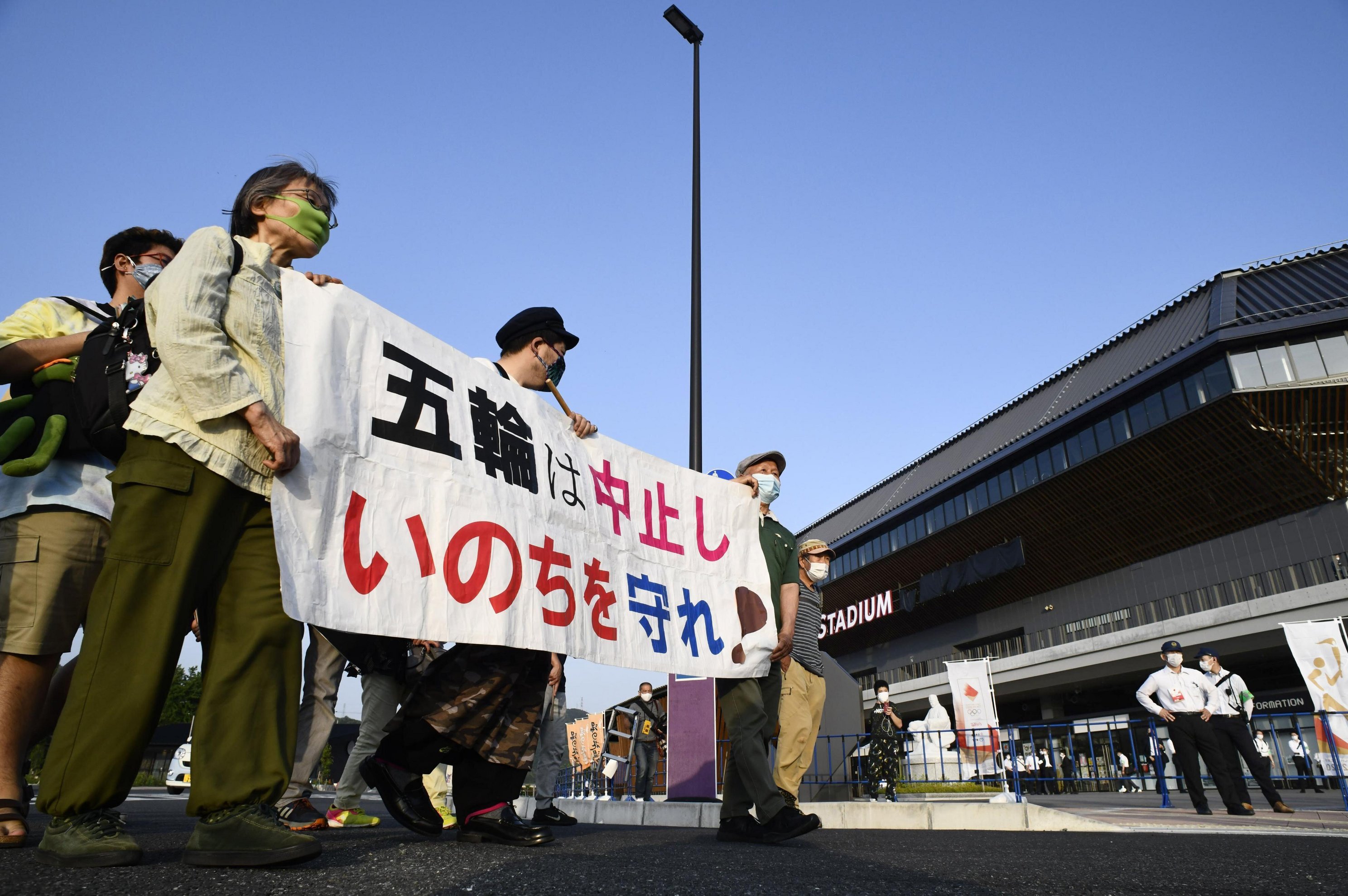 Kenji Shibuya, director of the Institute of Population Health at King's College, London, who has been helping the vaccination campaign in Japan, played down dangers specific to the Games.

"Mutation takes place when virus stays in immunocompromised or partially immunised people for a long period of time," Shibuya said.

"So the current situation in Japan is more dangerous than (during) the Tokyo Games, in my opinion."

Medical groups have warned the massive event could introduce new variants to Japan and strain medical resources as the country battles a fourth virus wave.

Naoto Ueyama added that bringing tens of thousands of athletes, staff, media and officials from around the world posed a real "danger", particularly of spreading variants. 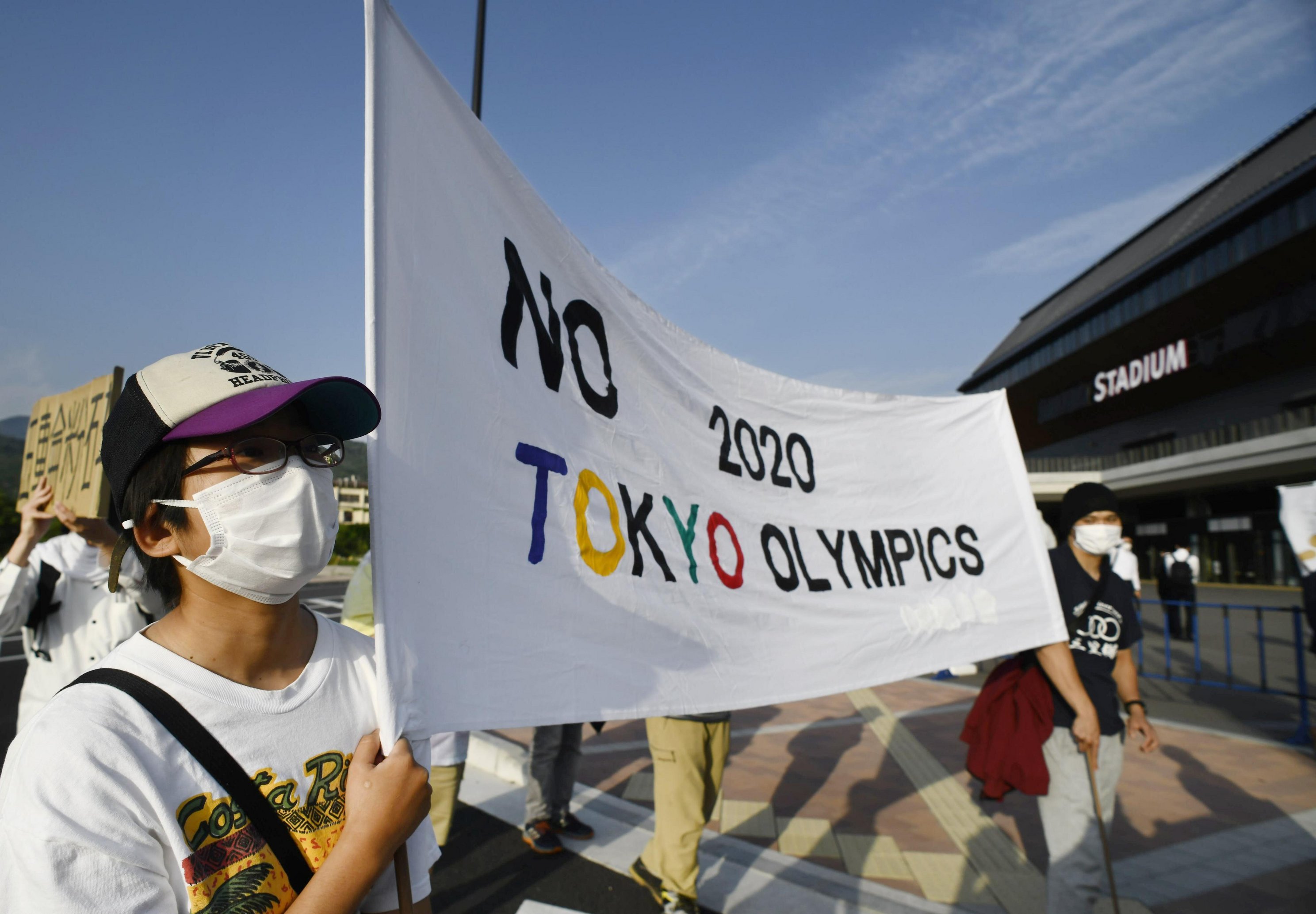 "A new variant might arise and may be called the Tokyo Olympic strain, and the criticism that the Games were a great act of folly by humankind may stalk us for the next 100 years to come," he added.

"Some people are acting almost like dictators and asking people to make sacrifices in order for the Olympic Games to go ahead."

The Tokyo Medical Association, with over 20,000 members, has not called for an outright cancellation.

But its chairman Haruo Ozaki said Thursday that "holding the Games without spectators is the bare minimum given the current situation".

'This is the Olympics in a time of emergency," he said at a press conference.

Organisers have already barred overseas fans from the Tokyo Games, an unprecedented decision for the Olympics.