CHINA has been accused of becoming the global dumping for Frankenstein-style experiments which create hybrid animals and risk unleashing viruses even more deadly than Covid.

The warning was made by a top scientist as it continues to be alleged that Covid-19 may have leaked from the Wuhan Institute of Virology, where viruses were made more infectious.

China’s no-holds-barred experiments, often involving Western scientists, have come under the spotlight as a controversial World Health Organisation (WHO) report into the origins of Covid dismissed the lab leak theory even as WHO chiefs called for a new probe.

But it is known the Communist Party-state has been carrying out all kinds of dangerous and ethically controversial research which may not be allowed in Western countries.

It is alleged some scientists attempt to dodge regulation or ethical considerations by "outsourcing" controversial experiments to labs in China.

Human monkey hybrids, souped up viruses, head transplants and gene editing are just some of the tests known to have been carried out by Chinese scientists.

"Franken-virus" experiments were for a time banned in the US because of fears of enhanced virus leaking from labs – which may cause devastating pandemics like the world is experiencing right now.

Other experiments on animals and with human genes also are frowned upon in the West, so may be shipped out to China to dodge regulatory or ethical considerations.

German scientist Dr Roland Wiesendanger, from the University of Hamburg, told The Sun Online: "It is inexcusable and irresponsible that some countries of the Western world —like the US, but also Germany and other European countries — are 'outsourcing' risky biotechnological research to countries like China.

"In some cases, this is even done because ethical rules which exist in most parts of Europe would prohibit some classes of biotechnological research to be conducted in the home countries."

China is also planning to build up to seven more high security labs – the same as the Wuhan Institute of Virology (WIV) – by 2025 as the Communist state seeks to establish itself as a biotech superpower.

Chinese scientists also created a model for studying SARS-CoV-2 by creating mice with human-like lung characteristics by using gene-editing technology to give the mice lung cells with the ACE2 receptor – which allows the virus to infect humans.

An official from the US embassy in Beijing told the Washington Post that there was an "entire galaxy of activity, including labs and military labs in Beijing and Wuhan playing around with coronaviruses in ACE2 mice in unsafe labs." 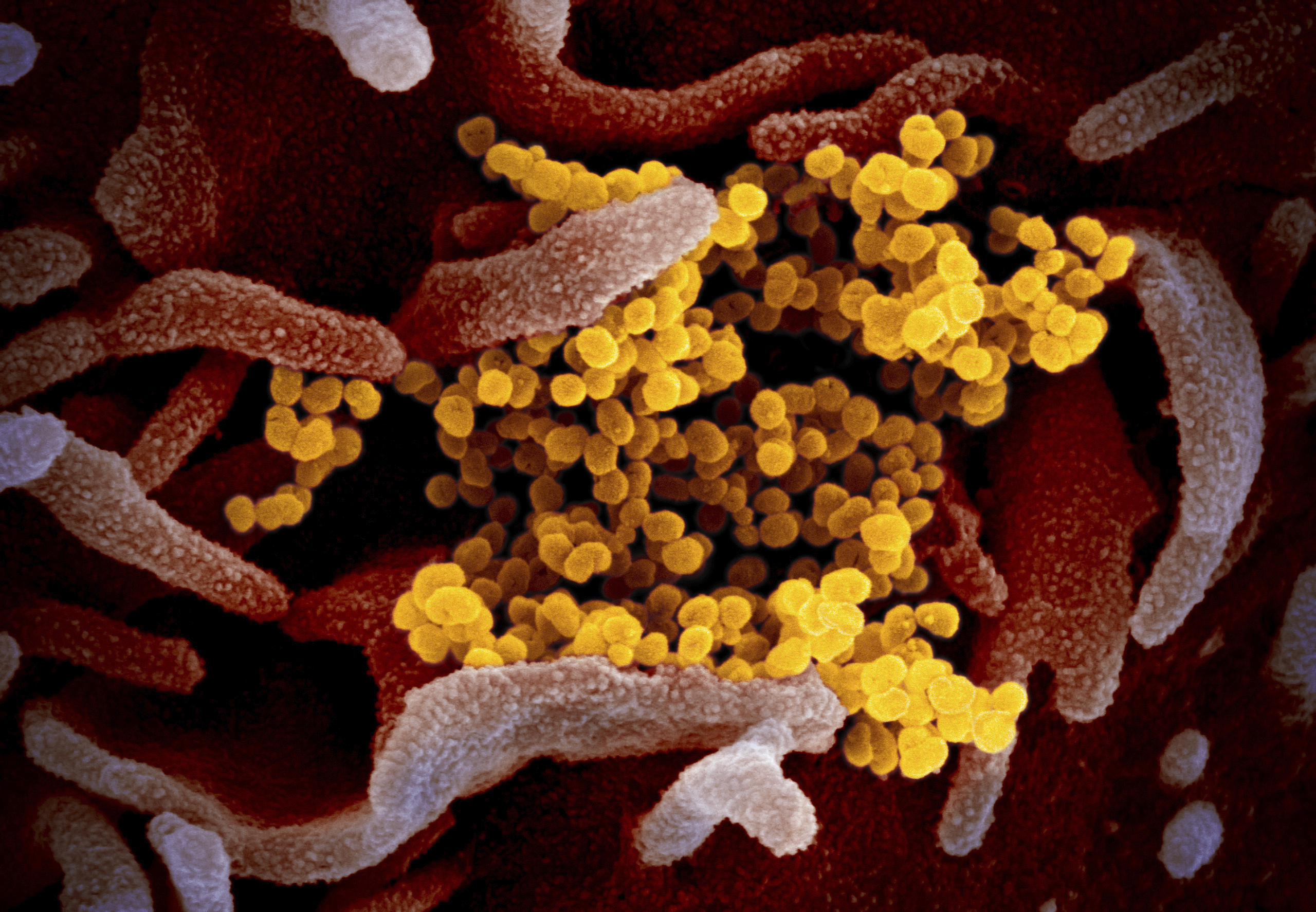 Chinese scientists are known to have been carrying out research to tinker with viruses to make them more infectious.

Known as "gain of function" experiments, they were originally banned in the US in 2014 – but were reintroduced by the National Institutes of Health (NIH) in 2017.

Studies were known to help scientists prepare for a pandemic, but raised fears about what could happen in the virus escaped from the lab.

NIH had funding this dangerous research in the WIV through a grant to the EcoHealth Alliance – but there is no proven link between these experiments and Covid.

And while questions swirl about the origins of Covid, some have renewed calls for a ban on the risky research.

Dr Wiesendanger told The Sun Online a virus tinkered with in the lab could be even more devastating than Covid – potentially with a death rate of up to 80 per cent.

He said: "Current biotechnological methods, as used in gain-of-function-experiments, could potentially be used to combine properties of viruses with a very high human-to-human transmission rate and a very high death rate.

"We urgently need international regulations and surveys for these types of experiments."

Richard Ebright, a molecular biologist at Rutgers University in New Jersey, previously told The Sun Online: "Gain-of-function research of concern — no matter where it is performed — risks creating new pandemic pathogens and of triggering new pandemics." 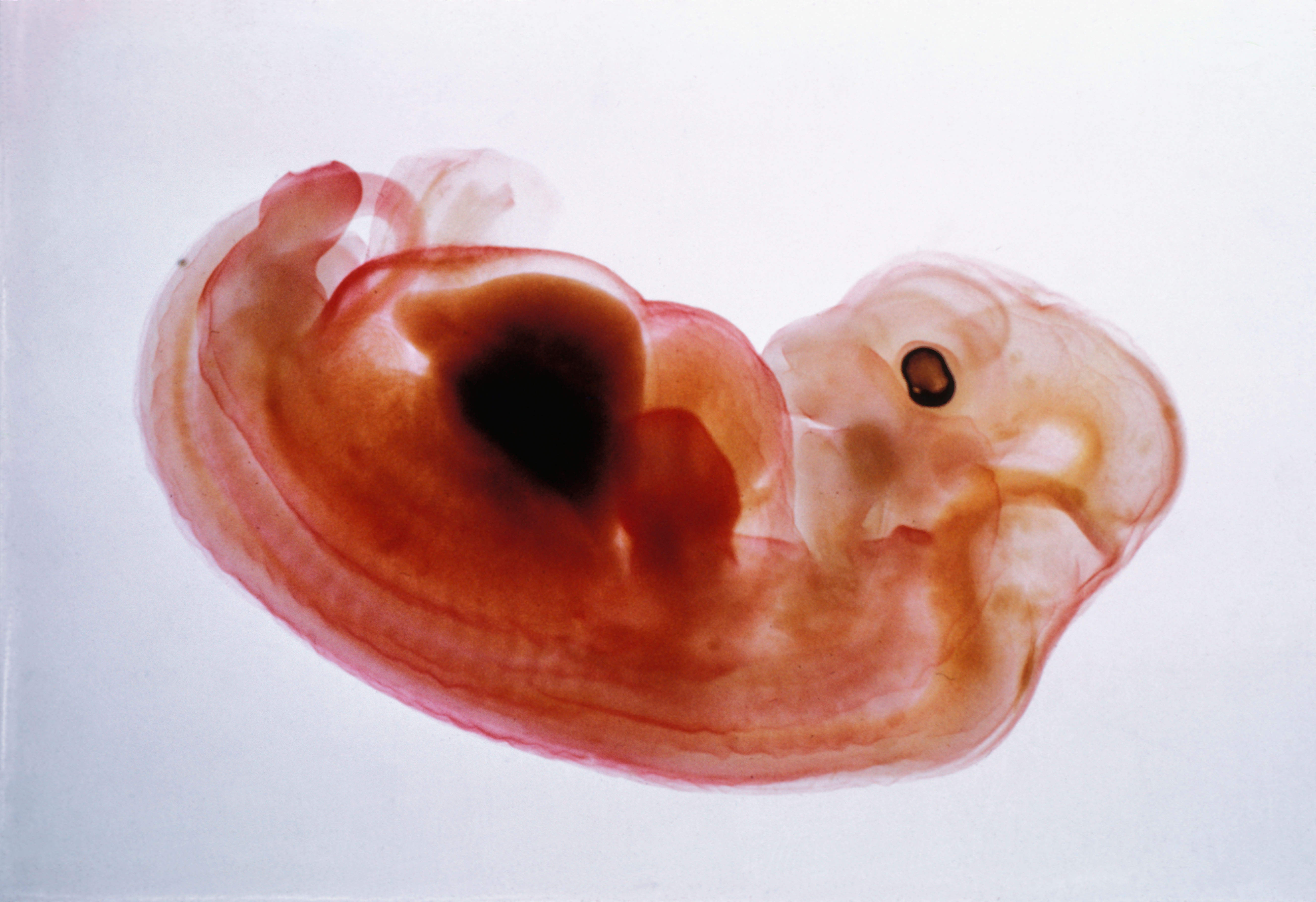 Chinese scientists grew the world's first ever human monkey hybrid back in 2019 under the watch of researchers from Spain and the US – which was dubbed a "humanzee" or "chimp-man-zee".

The experiment spliced together genes to grow a monkey with human cells in tests to see whether human organs could be grown from transplant using stem cells.

It is said the creature could have grown and been born, but scientists aborted the process.

The embryos had a "red line" at 14 days gestation meaning that it cannot grow and develop a nervous system.

Scientists on the team from the Salk Institute for Biological Studies and the Murcia Catholic University even admitted it was carried in China to dodge ethical concerns.

China is … viewed as a dumping ground and giant test tube for all kinds of dangerous and ethically controversial research outlawed by Western countries, similar to how it became a dumping ground for recyclable waste in past decades

In the US, federal funds cannot be used to create mixed human-monkey embryos – while there is no such rule in China.

The experiment caused controversy as it was branded "disturbing" by one scientist, and even the team themselves raised ethical questions about the hybrid.

Christina Lin, a California-based foreign and security policy analyst, pointed out in the US, the National Institute of health bans federal funding to create human-monkey embryos, while in Canada, putting non-human stem cells into human embryos was a crime under the Assisted Human Reproduction Act.

Writing about her concerns in the Asia Times, she said "China is thus viewed as a dumping ground and giant test tube for all kinds of dangerous and ethically controversial research outlawed by Western countries, similar to how it became a dumping ground for recyclable waste in past decades.” 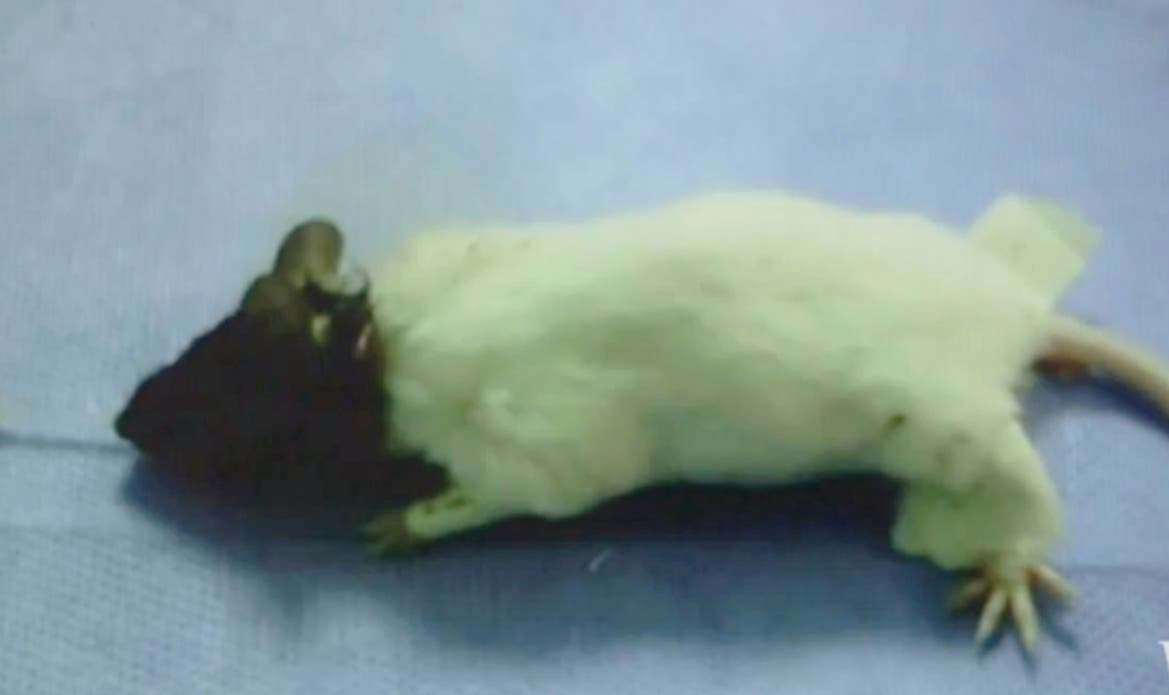 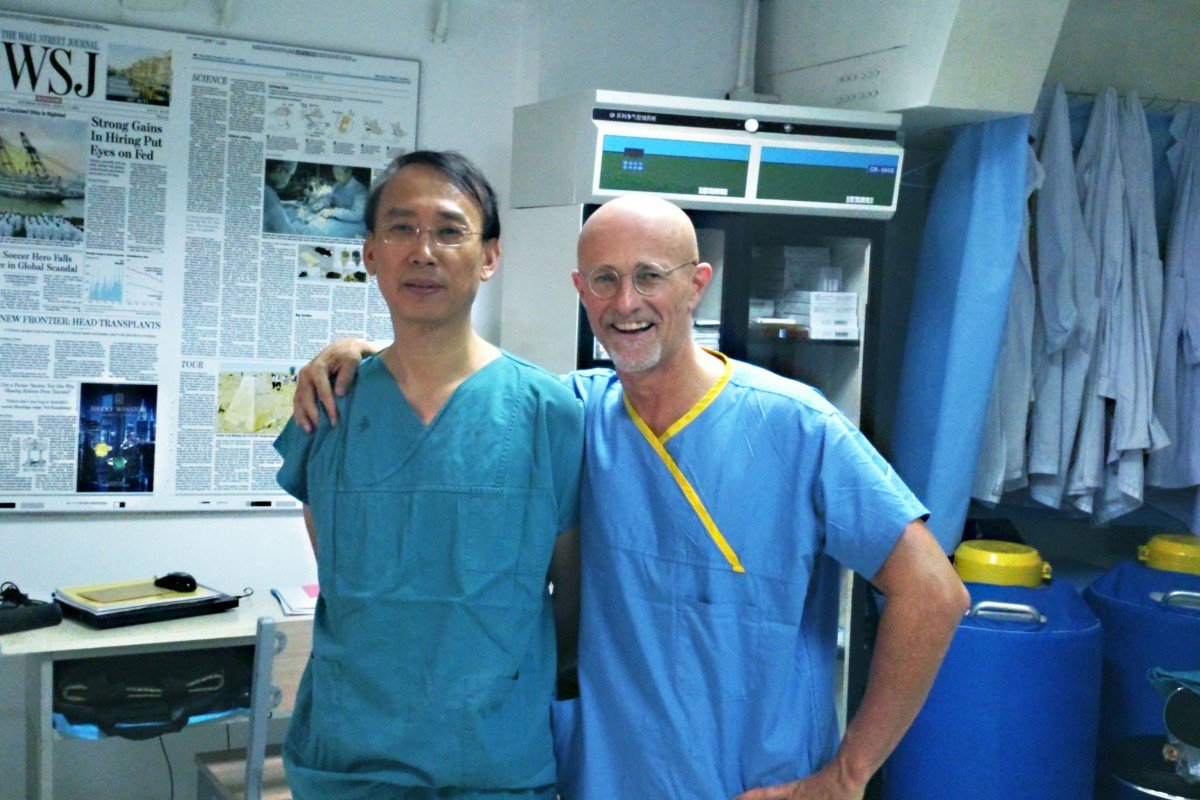 Ultimately, they want to carry out the world's first human head transplant on a human.

The duo published in a scientific journal the results of the transplants which showed that monkeys and dogs were able to walk again after their spinal cords were "fully transected" during surgery and then put back together again.

Pictures released of the experiments show a monkey with its head stitched on to its neck, while other images show mice whose spines had been severed being taught to walk again.

Canavero said the monkey was only kept alive for 20 hours after the procedure after they connected up the blood supply between the head and the new body.

Dr Ren's work is sponsored by the Chinese government – and a head transplant was due to be carried out on severely disabled Russian man Valery Spiridonov. 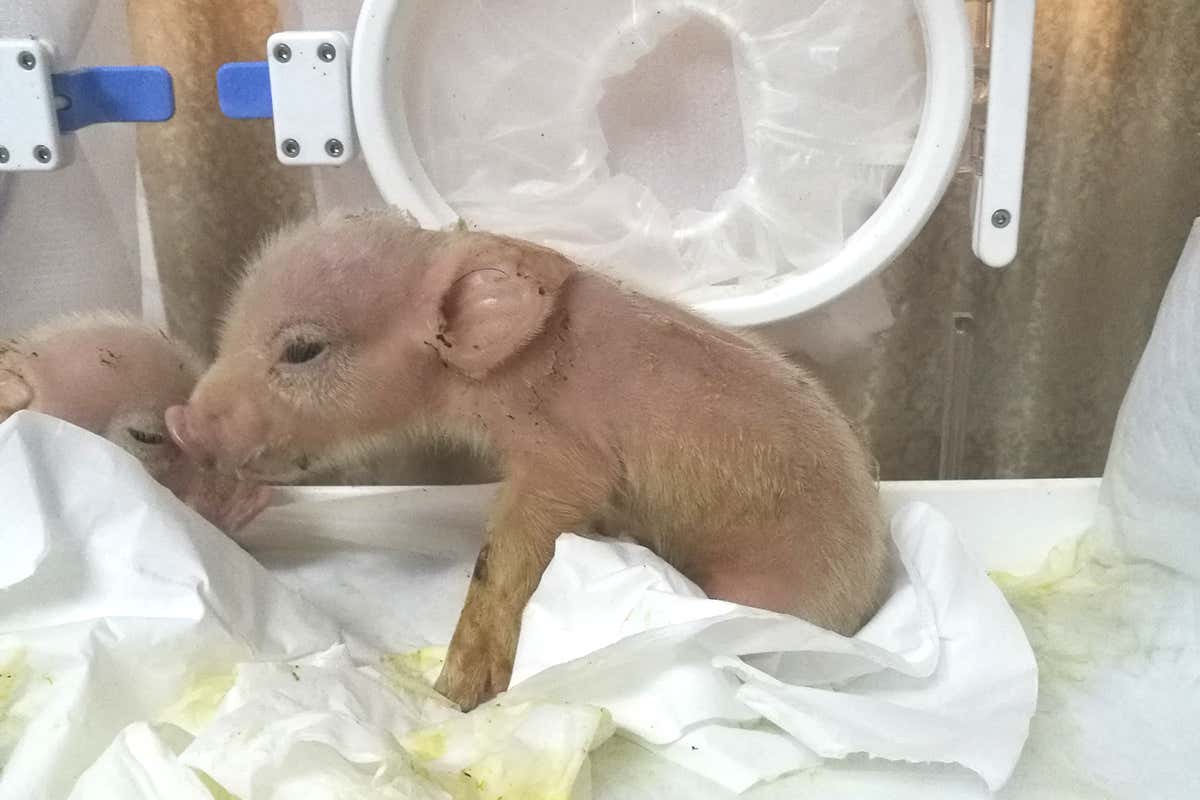 The world’s first monkey-pig hybrids were born as part of experiments at the State Key Laboratory of Stem Cell and Reproductive Biology in Beijing.

Stem cells from macaque monkeys were grown in a lab and then injected into pig embryos five days after fertilisation – with the aim being to grow human organs in animals.

Of more than 4,000 implanted in sows, ten piglets were born. But only two were chimeras — animals who have and both died in a week.

And that same year Chinese scientists "gene hacked" a group of monkeys to make them smarter — in an experiment branded "reckless" by experts.

The experiment involved exposing monkeys to human genes that affect the development of our brains.

Dr James Sikela, of the University of Colorado, said: "The use of transgenic monkeys to study human genes linked to brain evolution is a very risky road to take.

"It is a classic slippery slope issue and one that we expect to recur as this type of research is pursued." 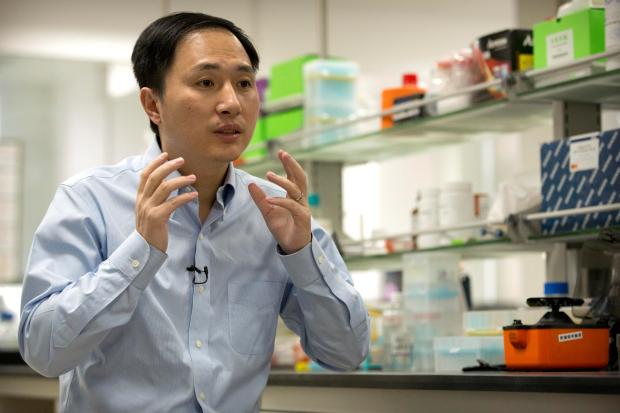 Chinese scientist He Jiankui created the world's first ever gene-edited babies in 2019 – with his team involved in the births of three spliced tots from two women.

He said he had used a tool called CRISPR to try to disable a gene that allows the AIDS virus to enter a cell, in a bid to give the girls the ability to resist the infection.

The CRISPR tool has been tested elsewhere in adults to treat diseases, but many in the scientific community denounced his work as medically unnecessary and unethical, because any genetic changes could be passed down to future generations.

The experiments were dubbed “monstrous” by others within the scientific community – and even China took action as he was jailed for three years.

Experts claim gene-editing in people could "divide humans into subspecies" and can cause mutations, genetic problems and even cancer.

Dr Kiran Musunuru, an expert in this area from the University of Pennsylvania, called the experiment “unconscionable … an experiment on human beings that is not morally or ethically defensible.”

Chinese scientists have also conducted tests on members of its armed forces with the aim of developing "biologically enhanced" soldiers, a US intelligence chief has said.

John Ratcliffe, who served as President Donald Trump's director of national intelligence, made the claim in a newspaper editorial warning that China posed the "greatest threat to America today".

He said: "While the potential leveraging of [gene editing] to increase human capabilities on the future battlefield remains only a hypothetical possibility at the present, there are indications that Chinese military researchers are starting to explore its potential."

The paper also quoted a Chinese general who, speaking in 2017, said that "modern biotechnology… will have revolutionary influences upon weapons and equipment, the combat spaces, the forms of warfare, and military theories".

He said: “What they’re all thinking about is what might come up in 30 years’ time, given another 10 years development and experimentation.

“The Chinese in 30 years’ time might have a cohort of people who are 20 years-old who’ve got particular characteristics they might have tried to breed into them by manipulating DNA."

Last year, the Pentagon released previously classified documents that revealed cyborg soldiers could be a reality by 2050 as it envisioned a "human/machine" fusion.