Fury as female soldiers in Ukraine made to march in heels 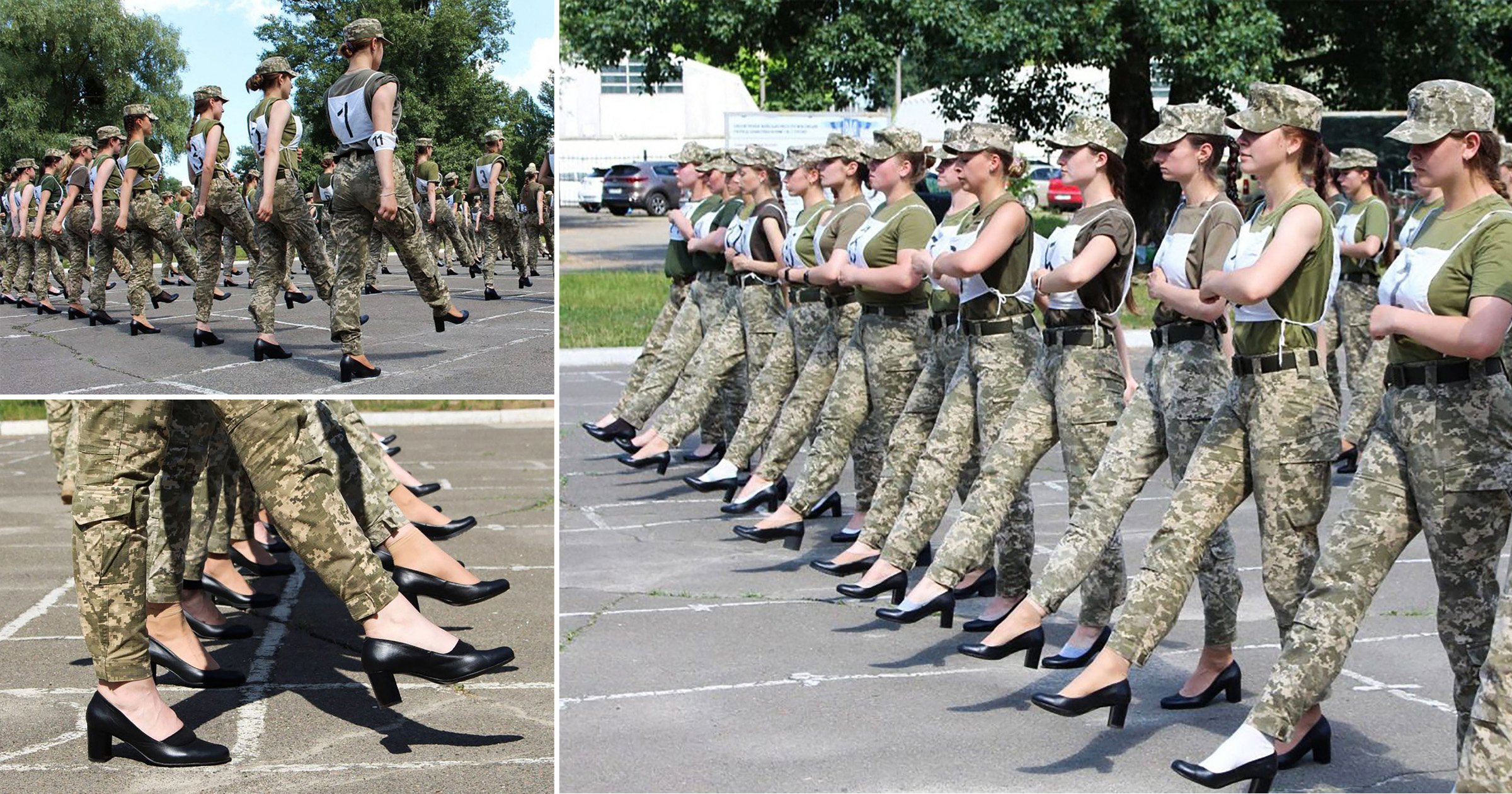 Officials have been accused of making a ‘mockery’ of women with the images, branded ‘harmful’ and ‘misogynistic’.

The pictures, published on the ministry’s Facebook page, show female military college students preparing to take part in a parade to mark 30 years of independence in August, following the break-up of the Soviet Union.

‘It is slightly harder than in army boots but we are trying,’ she was quoted as saying by defence ministry site, ArmiaInform.

Inna Sovsun, a member of the Golos party, said Ukraine’s women soldiers were risking their lives and ‘do not deserve to be mocked’.

‘It is hard to imagine a more idiotic, harmful idea,’ she said.

Meanwhile deputy speaker of the Ukrainian parliament, Olena Kondratyuk slammed the pictures as ‘humiliating’ and is now demanding an investigation.

Another critic said high heels were ‘a mockery of women imposed by the beauty industry’.

More than 13,000 women have fought in the Ukranian conflict with Russian-backed separatists in the east of the country, she said.

The bloodshed, which began seven years ago, has claimed thousands of lives.

The pictures prompted some Ukrainian officials to bring pairs of shoes into parliament in protest – as they backed calls for Mr Taran to wear heels to the parade.