Home » World News » G7 summit 2021: Boris goes for a SWIM in the sea before 'sausage war' showdown with Macron and Merkel as trade war looms

G7 summit 2021: Boris goes for a SWIM in the sea before 'sausage war' showdown with Macron and Merkel as trade war looms

BORIS Johnson went for a SWIM in the sea this morning ahead of a showdown with EU leaders – as a trade war with the bloc looms. 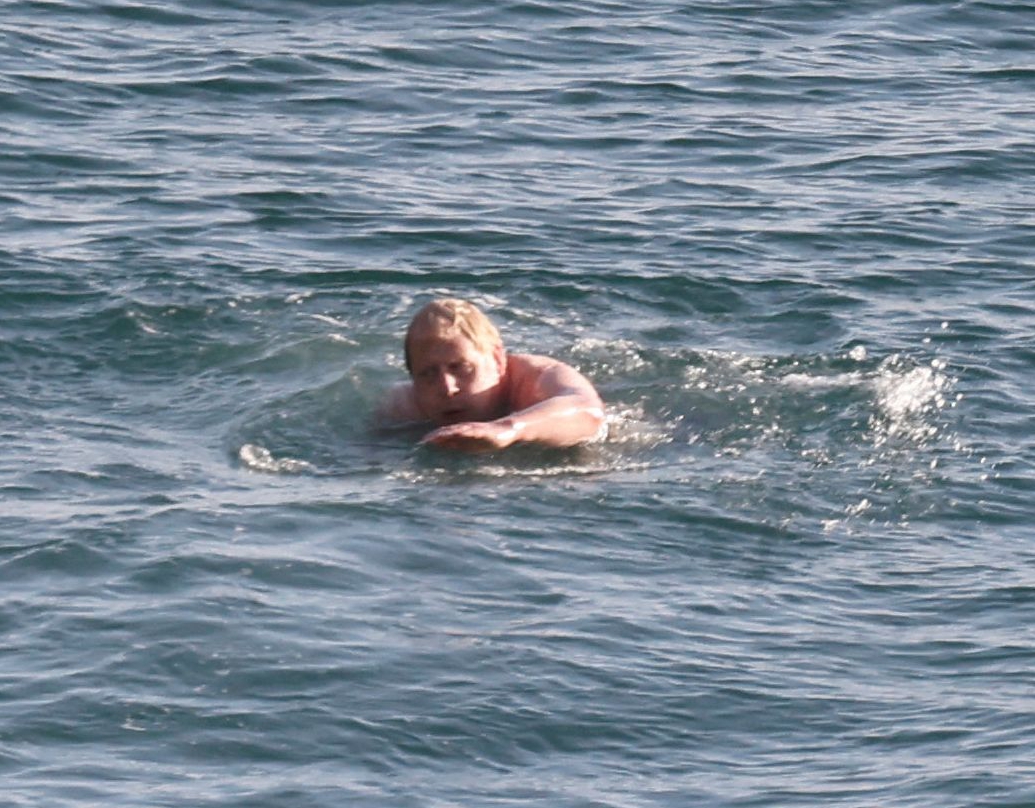 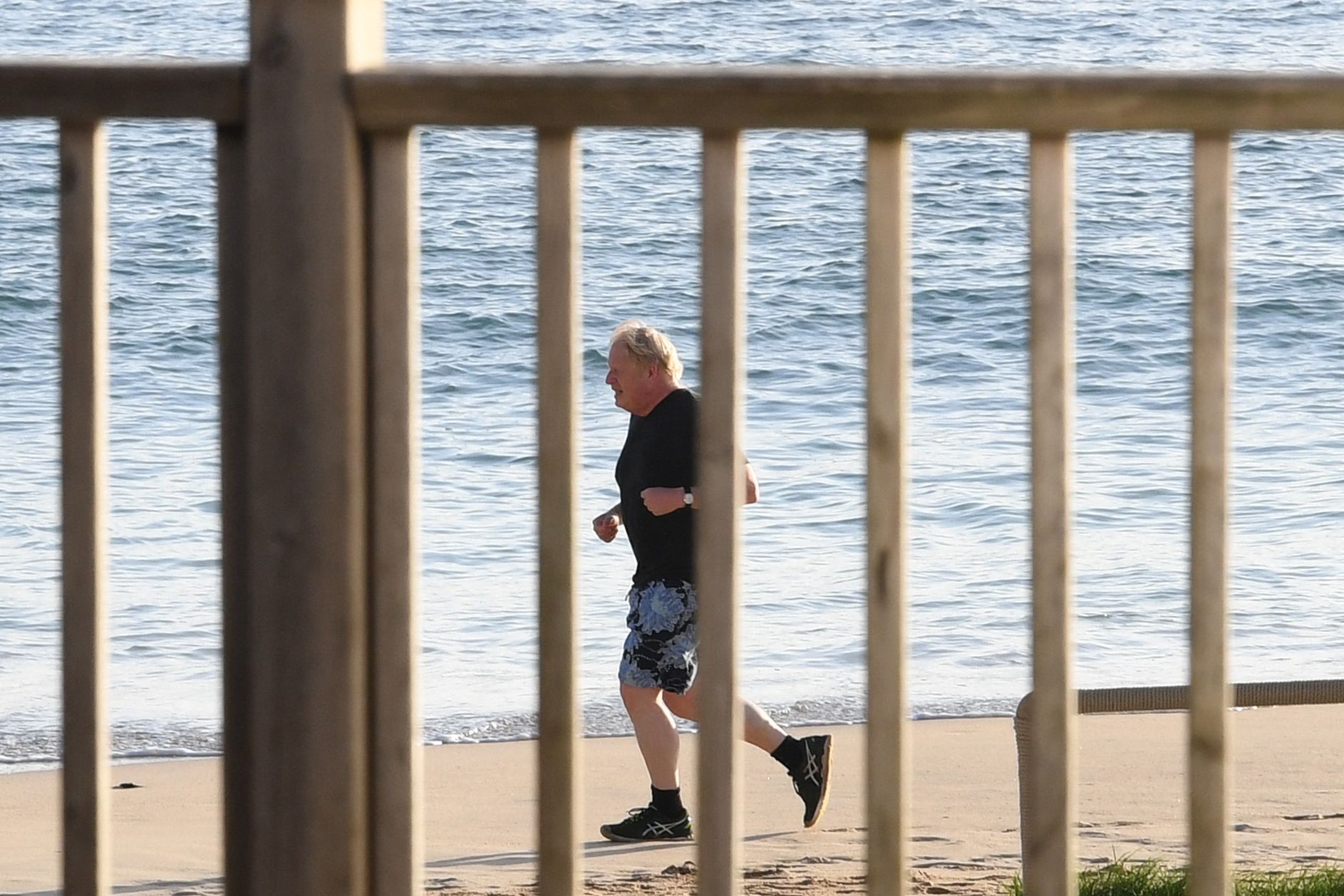 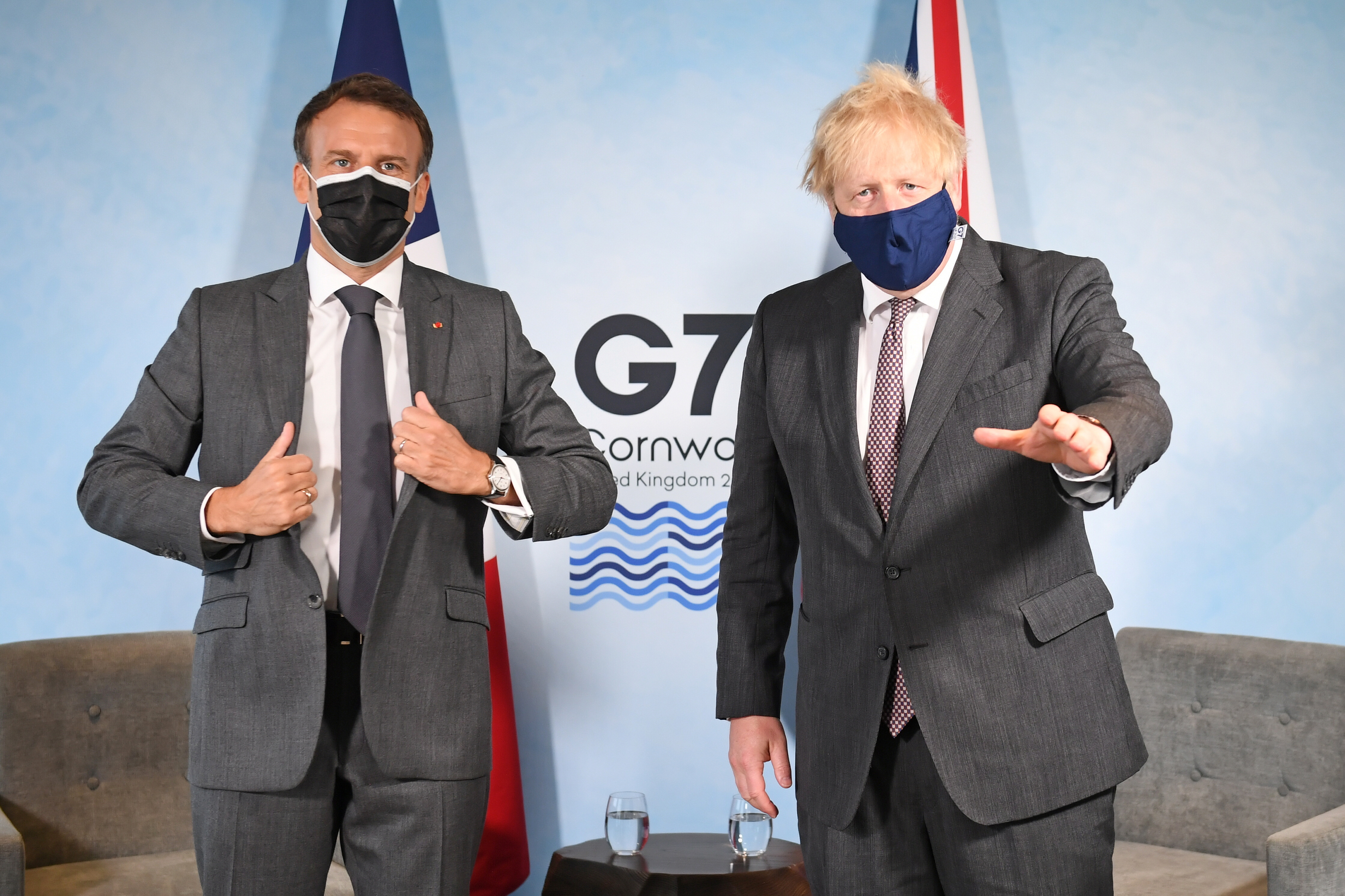 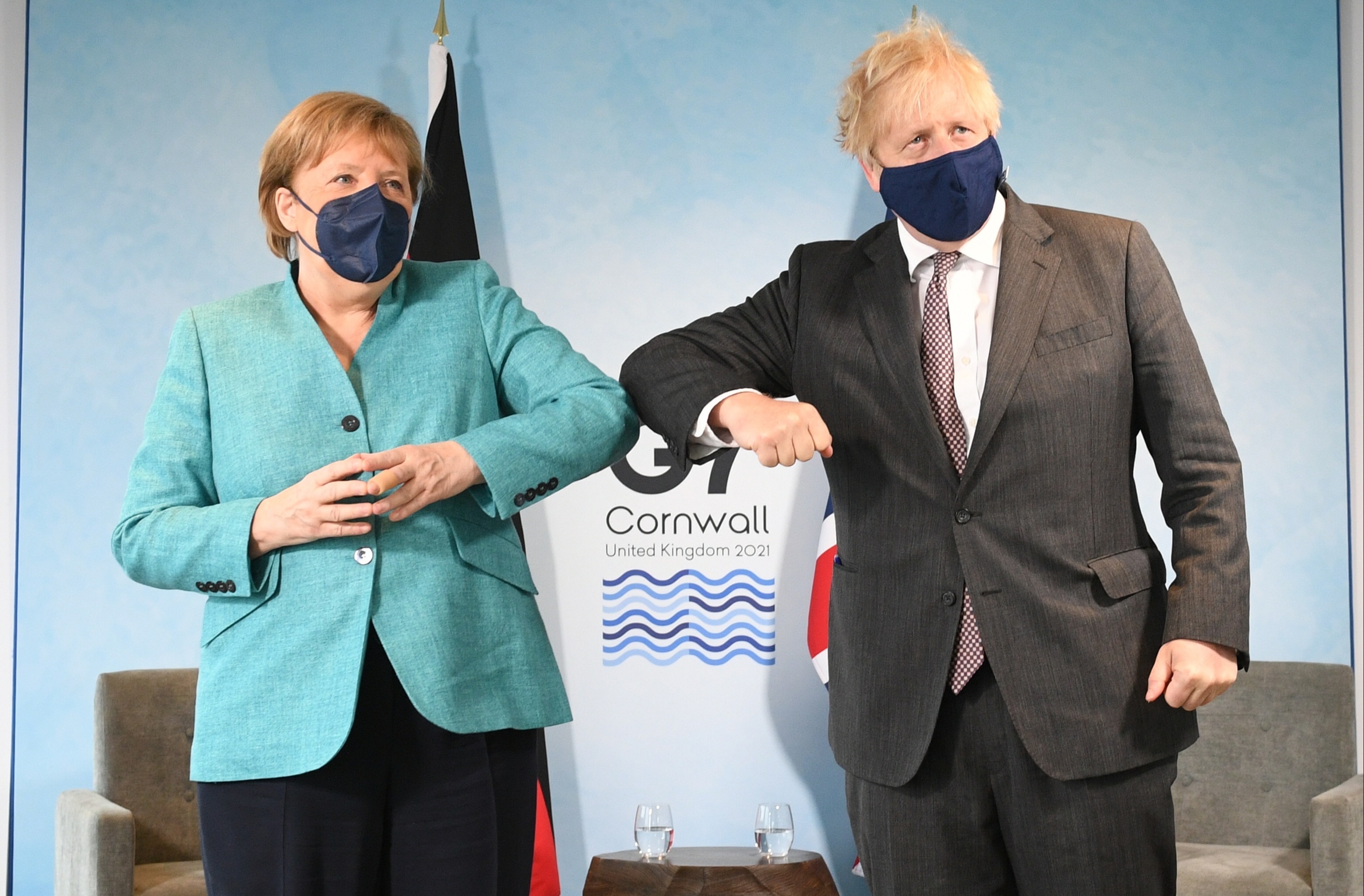 The PM, who has been on an intensive fitness regime since his battle with Covid last year, was snapped going for a run on the beach early this morning before taking a dip in the English Channel.

The mercury on the Cornwall coast hovered around 15C this morning – with water temperatures lower at just 13.4C.

The move is highly unusual at an event usually known for its formality – though Canadian PM Justin Trudeau also took a dip in the Cornish waters yesterday morning.

It came just hours before the PM sat down with Emmanuel Macron and Angela Merkel for talks amid rising tensions over post-Brexit trading rules.

Mr Johnson will also meet EU chief Ursula von der Leyen and European Council head Charles Michel this afternoon in a bid to break the stalemate with the bloc.

Tensions between the UK and the EU have risen in recent weeks over the implementation of the Northern Ireland Protocol.

Brussels has threatened to start a trade war with Britain if the Government tears up the Brexit deal by refusing to do customs checks in Northern Ireland.

Downing Street last week indicated it could delay the full implementation of the Protocol to prevent a ban on sausages and other processed meats crossing the Irish Sea from Great Britain, which is due to come into force at the end of the month.

Delaying those checks without Brussels' agreement could trigger a "sausage war" with the EU, and the bloc has threatened to respond to any breach of the deal signed by the PM. 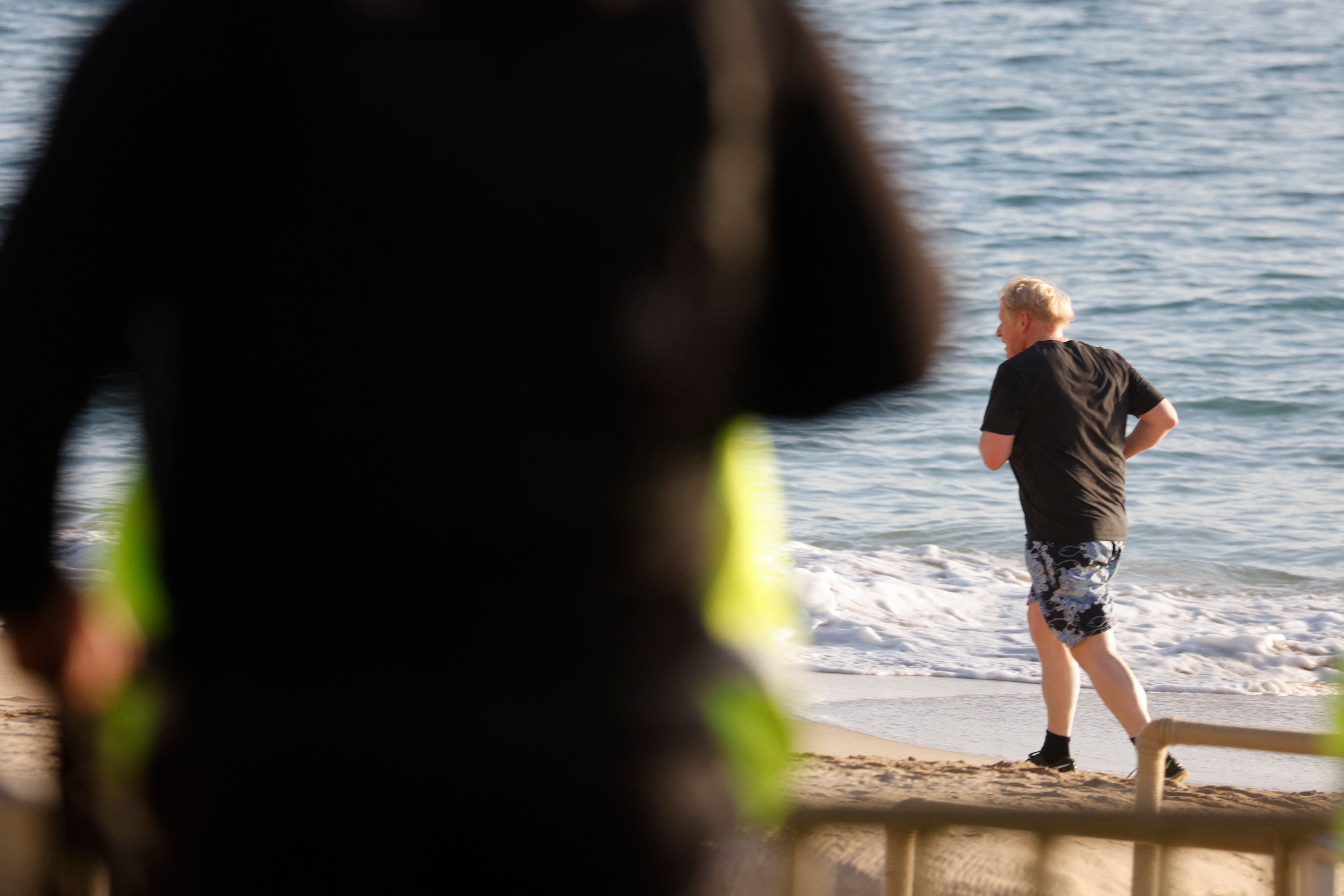 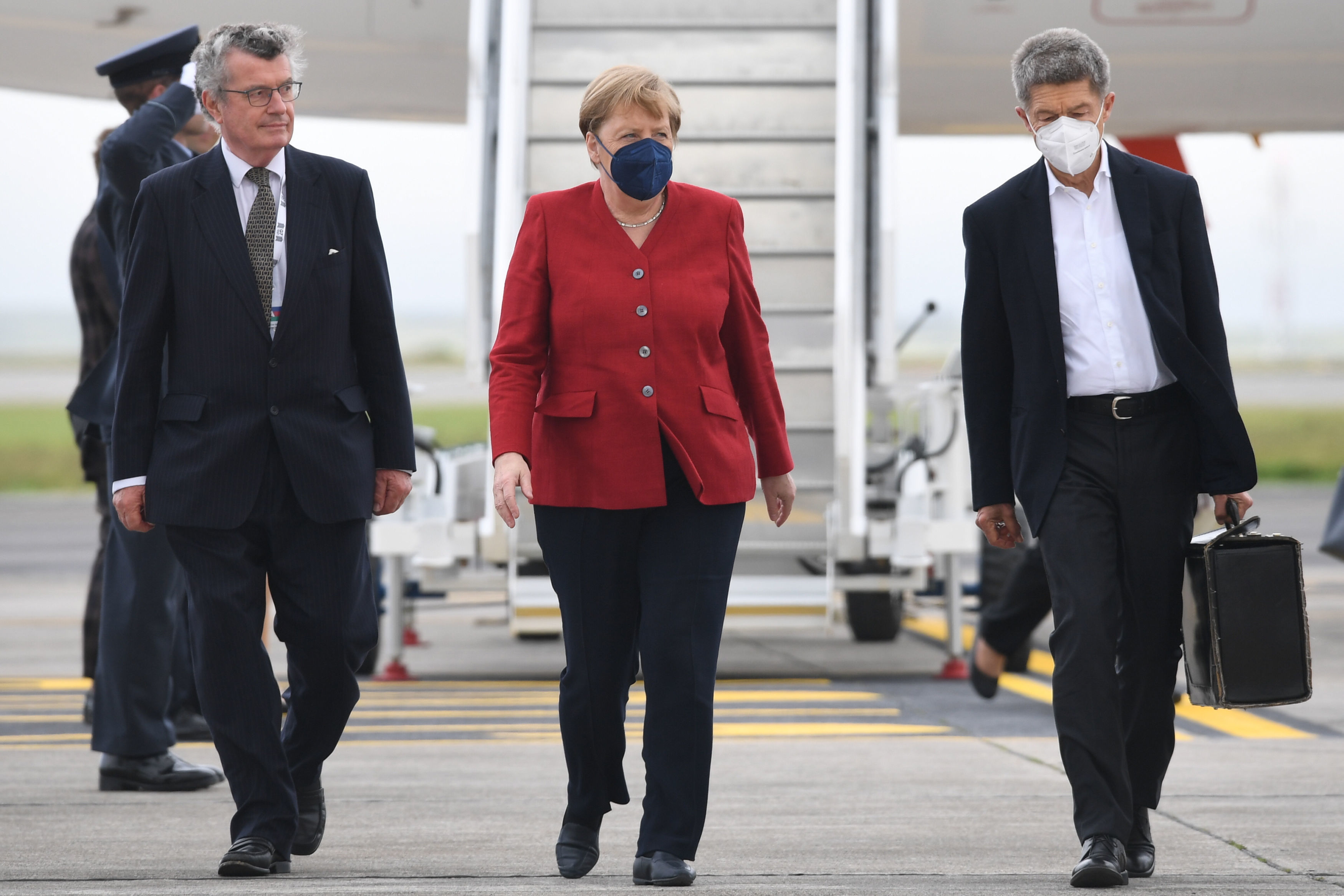 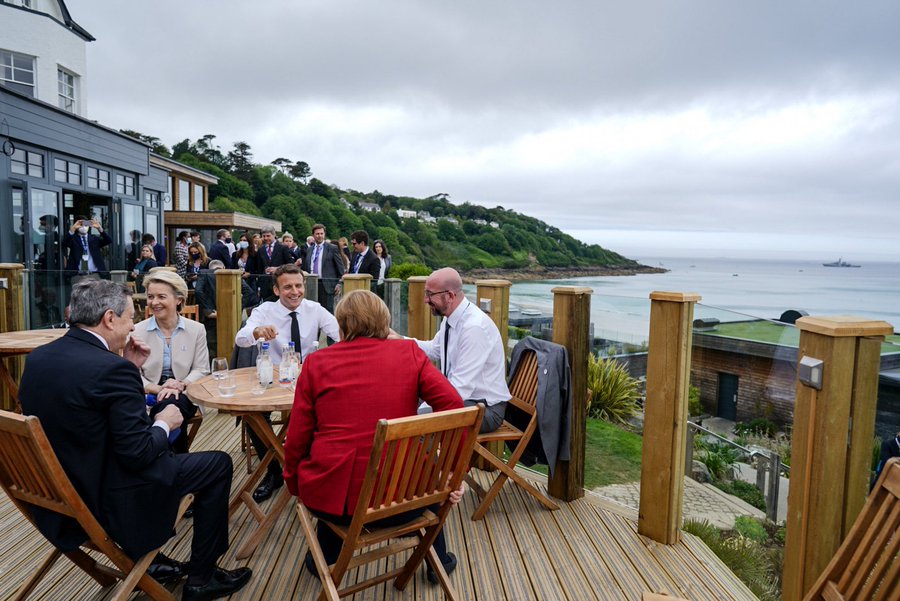 Negotiations hit an impasse earlier this week as Brexit minister David Frost slammed the EU for adopting a “purist” approach to the Protocol.

And foreign secretary Dominic Raab told BBC Radio 4's Today programme: "They can be more pragmatic about the implementation of the Northern Ireland Protocol in a way that is win-win or they can be bloody-minded and purist about it in which case I am afraid we will not allow the integrity of the UK to be threatened."

The EU has threatened to impose trade sanctions unless an extension is agreed, which could include tariffs on UK exports to the bloc, according to The Times.

A Downing Street source told the newspaper that even a short delay to an agreement could result in shortages of some products in supermarkets in Northern Ireland.

They added: “Our strong preference is for a negotiated deal but we are in a tricky place. We don’t want to have to do it but that may be where we end up.” 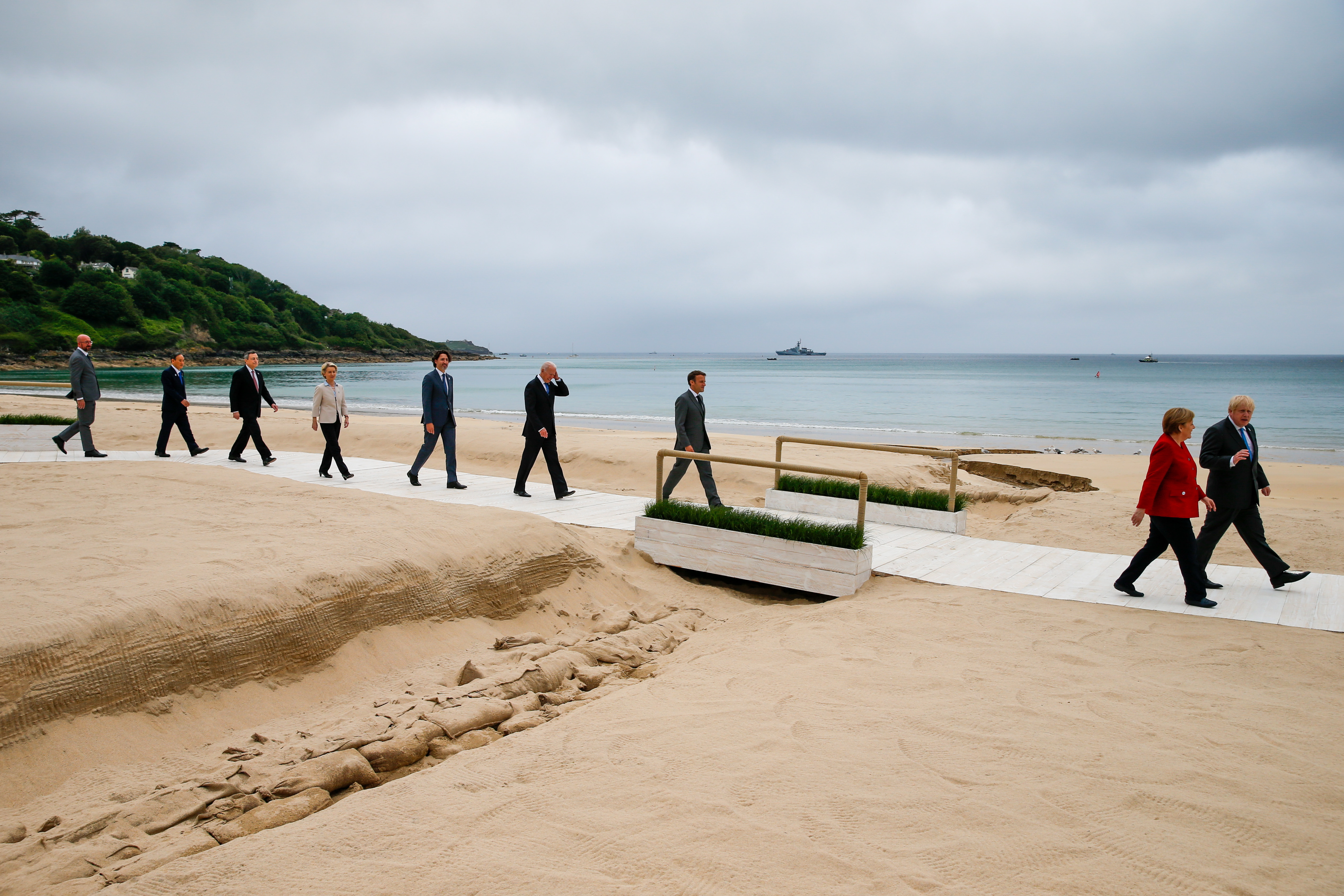 President Macron, who met the PM this morning, said ahead of the summit: "I think it's not serious to want to review in June what we finalised after years of debate and work in December."

But EU chief Ursula Von der Leyen said on Friday that she remains "deeply convinced" a fix can be found.

Both sides are courting Joe Biden’s support after he flew into Britain for the G7 summit.

World leaders have met in Cornwall for crunch talks where they will draw up plans to fight coronavirus, climate change and global poverty.

This evening, Mr Johnson will join leaders of the US, Canada, Japan, France, Germany and Italy for a barbecue on the beach to close the day.

Entertainment will be provided by a Cornish sea shanty group and a Red Arrows flypast.

Mapping out his vision for a post-Covid world, the PM told world leaders they should ensure "we’re building back better together" and "building back greener".

Leaders from the G7 will commit to a new plan – the Carbis Bay Declaration – to quash future pandemics within the first 100 days.

The UK will also create a new animal vaccine centre aimed at preventing future diseases crossing from creatures to humans.