Is inbreeding responsible for heart attacks in Elvis's family?

Is genetic defect behind early heart attacks in Elvis’s family? The King’s grandparents were COUSINS and may have passed on gene responsible for Elvis dying at 42, his mother at 46, three uncles in their forties… and Lisa Marie at 54

The death of Elvis Presley’s daughter by cardiac arrest at 54 may have bolstered recent research suggesting genetic defects born of inbreeding were responsible for a slew of early deaths in his family.

In the recently published biography, Elvis: Destined to Die Young, author Sally Hoedel argued the deaths of Elvis, his mother, and his uncles, were likely caused by a genetic defect brought on by the incestuous marriage of Elvis’s maternal grandparents, who married despite being first cousins.

Their early deaths were all foredrawn conclusions, Hoedel argued, saying ‘it stops being a coincidence by the time it gets to Elvis,’ in an interview last summer. The death of Elvis’s only child under undeniably similar circumstances seems to say the same. 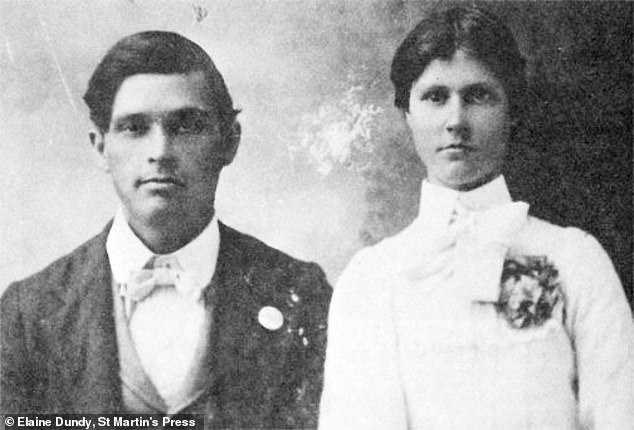 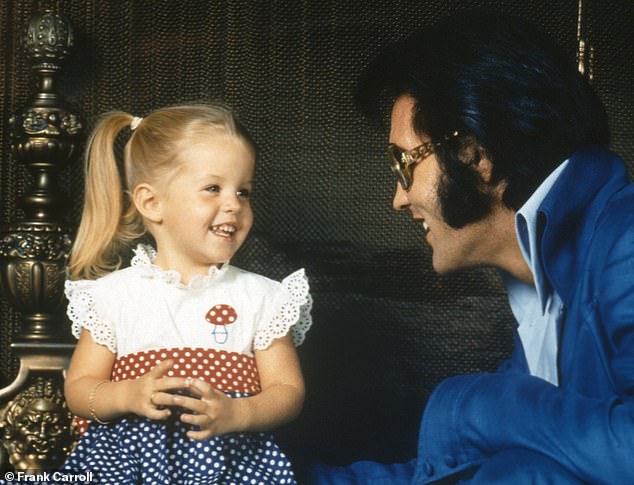 Lisa Marie Presley as a toddler with her father, Elvis. Both died under similar circumstances

Hoedel suggested the deaths in Elvis’s family were caused by an Alpha-1 antitrypsin deficiency, a genetic disorder that damages the lung and liver and leads to other health complications.

‘We know Elvis had it because he was found to be a carrier for Alpha-1 after his death, so it had to come from somewhere,’ she told The US Sun.

That somewhere was Elvis’s maternal bloodline, and likely dated back to his grandmother, Doll Mansell, who suffered from a decades long bout of tuberculosis. Hoedel argued that was a misdiagnosis however, and that Mansell was really suffering from some kind of genetic defect.

‘Something that doesn’t make sense, but continued to be passed down the family tree and then throughout recorded Elvis history as well,’ she said, ‘This book explains how that Tuberculosis was most certainly a misdiagnosis in the early 1900s. 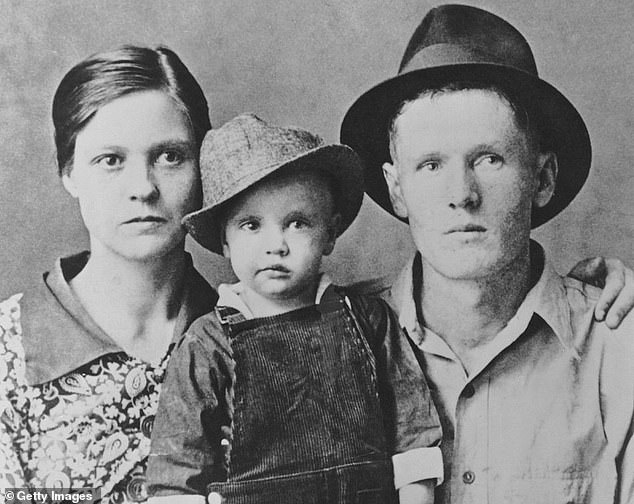 A two-year-old Elvis Presley with his parents, Gladys and Vernon, in 1937 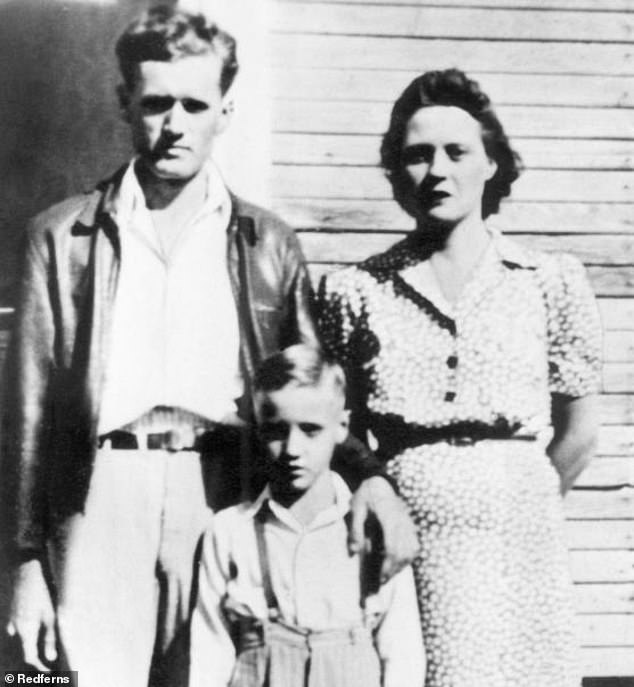 Elvis Presley with his parents, Vernon and Gladys. Elvis and his mother had similar deaths 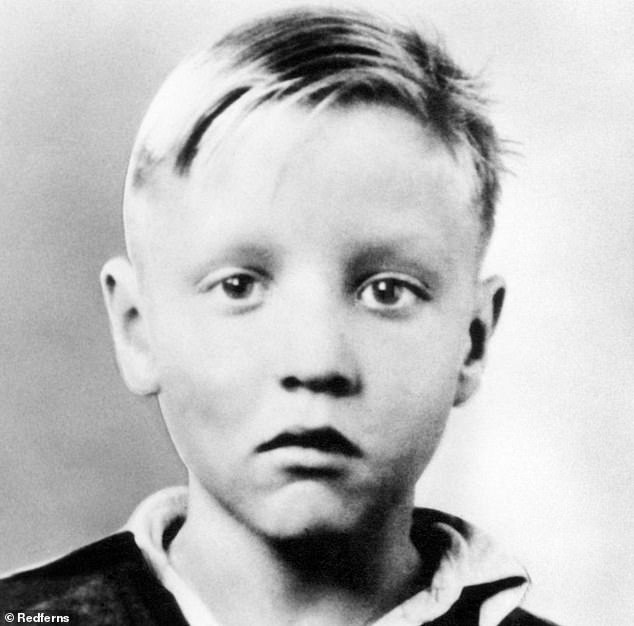 When Mansell married her first cousin – a common practice in older times – and had children, that inbreeding could have exacerbated whatever genetic problems she already carried and passed them down to her children.

‘From there, with the first-cousin marriage, we can see that Gladys most likely inherited two damaged genes and a more serious version of the disease,’ Hoedel said.

Not only did three of Mansell’s son died young from heart, lung, and liver ailments, but Gladys did too, dying 19 years nearly to the day that her son did at Graceland under remarkably similar circumstances.

Gladys’ health declined suddenly and rapidly in her 40s. Like her son later would, she developed a substance abuse problem and died as an alcoholic on August 14, 1958, days before her son was due to begin his military service in Germany.

‘Gladys has always been painted as this woman whose son became famous, bought her a big house and she just struggled to deal with it all and essentially died of a broken heart,’ Hoedel said, ‘But that’s not how it works. I think Elvis and Vernon [Elvis’s father] both knew how sick she was before he left for the army.’ 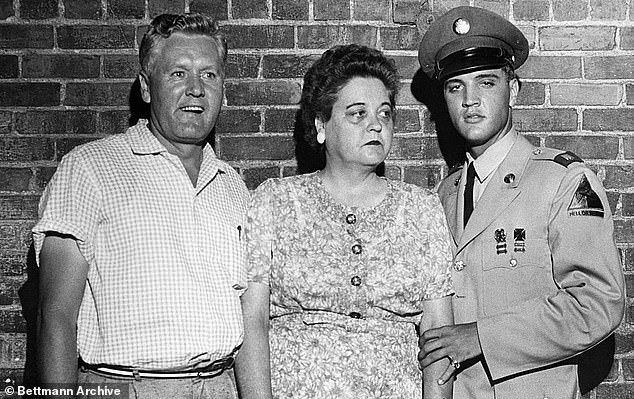 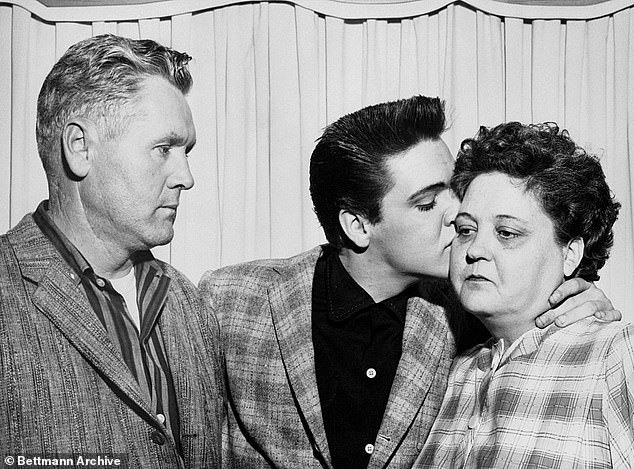 Elvis with his parents just before he joined the Army. Gladys died the day before he shipped out

Elvis, too, suffered from substance abuse and serious weight gain until his death in 1977.

He was known to have become addicted to numerous prescription drugs throughout the 1970s while trying cope with the demands of a decade of famously grueling touring.

But in her book, Hoedel argued Elvis’s decline was not caused by over-indulgence or reckless drug use, but that he was over-prescribed medication to mitigate ever-worsening ailments he had already developed and were being exasperated by his tour demands.

‘Elvis had various health issues but he hid them so well that the over-medication is what we remember now,’ said Hoedel, ‘He often took too much, and there are issues there, but you have to ask why he was taking those pills in the first place.’ 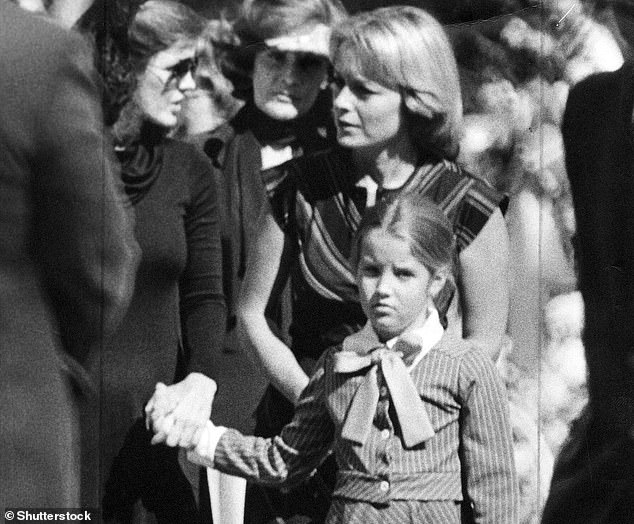 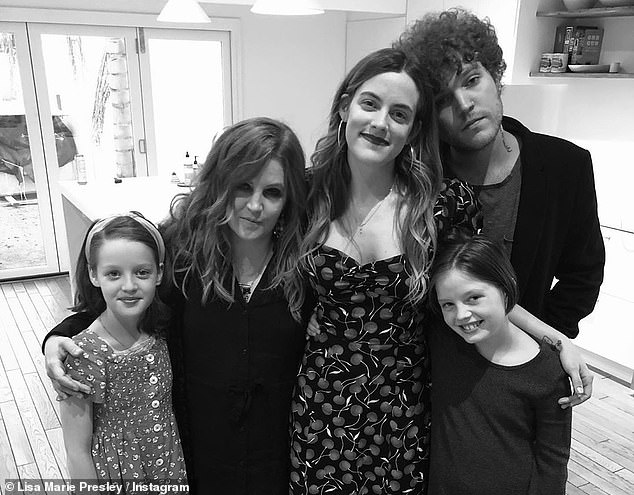 Lisa Marie Presley with her four of her children in 2019. She died from cardiac arrest Thursday 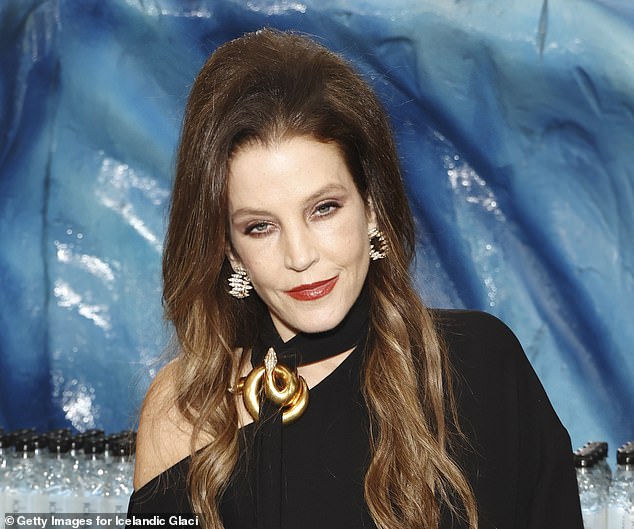 Forty-six years on from the death of Elvis, Lisa Marie also died from cardiac arrest after suffering through a period of substance abuse.

‘The Presleys were incredibly secretive about their health,’ Hoedel said, ‘but I managed to interview people like Nancy Clarke, the daughter of Gladys’ cardiologist, who used to go on house calls with her dad to the Presley home.’

‘And she told me before her dad passed away, he said there was more to Gladys’ death than what he understood because he’s long been quoted as saying it looked like hepatitis, but it wasn’t, and he couldn’t work out what was wrong with her.’

‘It all leads back to Gladys’ parents.’