Johnny Depp is dating one of his attorneys after all — just not Camille Vasquez. Yahoo Entertainment can confirm the Pirates of the Caribbean star is seeing Joelle Rich, a lawyer who represented Depp in his U.K. libel trial.

TMZ reports Rich is married, but is in the process of getting divorced. She and her estranged husband have two children. Depp shares daughter Lily-Rose, 23, and son Jack, 20, with former partner Vanessa Paradis.

Us Weekly, which was first to break the news about Depp's relationship, cites a source who claims "Their chemistry is off the charts." The insider alleged the romance is "serious." However, an insider countered that to People: "They are dating but it's not serious."

Rich was a member of Depp's legal team in London when he sued The Sun over an article that called him a "wife beater." The actor lost the case with a judge ruling it's "substantially true" he abused Amber Heard on multiple occasions. It was a different outcome when Depp took Heard to court earlier this year.

Depp sued Heard for $50 million over a 2018 op-ed she wrote for the Washington Post. The Aquaman star alleged she suffered physical and sexual violence, but didn't name Depp. A jury agreed it was implied she was talking about the actor and he was awarded more than $10 million.

Vasquez was beloved by Depp fans amid the sensational trial, but there was no romantic connection between the two. Although Rich didn't work on the case in the U.S., she attended portions of the trial. 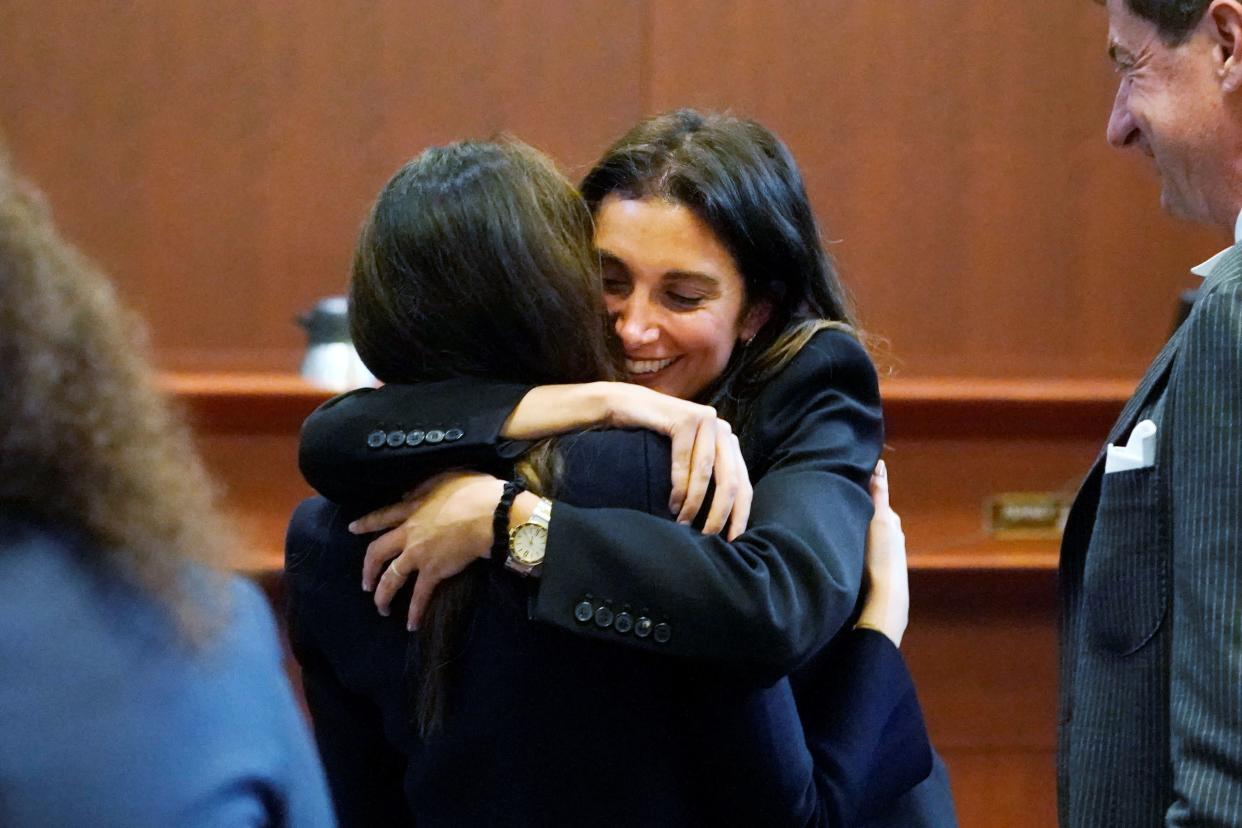 It's hard to believe given that the world knows far too much about Depp and Heard's relationship now, but the actor is typically very guarded about his private life. Before Heard, he was with Paradis for more than a decade. He had high-profile relationships with Winona Ryder and Kate Moss, both of whom supported him in his fight against Heard.

MORE: Kate Moss testifies that Johnny Depp "never pushed" or "threw me down any stairs"