Naomi’s older daughter and Judds bandmate, Wynonna Judd, described the Ryman crowd as her “family of choice,” but at the end of the emotional evening, when Wynonna, her sister Ashley Judd, and Naomi’s second husband Larry Strickland took the stage, they offered a glimpse into the complex but ultimately loving actual Judds family dynamic — moving the star-studded audience to both laughter and tears.

Strickland, who would have celebrated his 33rd wedding anniversary with Naomi on May 6, spoke first, sharing the sweet story of receiving an email from a man named David who once sat next to Naomi on a Chicago-to-Nashville flight and had fond memories of the 90-minute “entertaining, fascinating, and enlightening” conversation they had shared. “Out of the blue, the email [came] the day after she passed away. Needless to say, it brought great, great pleasure and great comfort to me,” Strickland mused after reading the stranger’s kind message aloud, while Wynonna and Ashley stood beside him.

The proceedings soon took a more comical turn once it was the Judd daughters’ turn to speak. Ashley first sincerely thanked the Judds’ fanbase, telling them, “Mom loved you. Your beautiful cards are getting through to us.” Wynonna also thanked their loyal fans, including one Utah woman named Anne sitting in the Ryman audience, who’d been a member of the Judds fan club since 1983 and was actually in the audience the first time Naomi and Wynonna sang onstage together. Keeping it real, Wynonna then added with her typical tough humor, “[Anne] along with the other fans changed our relationship, because we had to get along for that two hours onstage. Hey! You share a [tour] bus with [your mother] and let me know how it goes!” 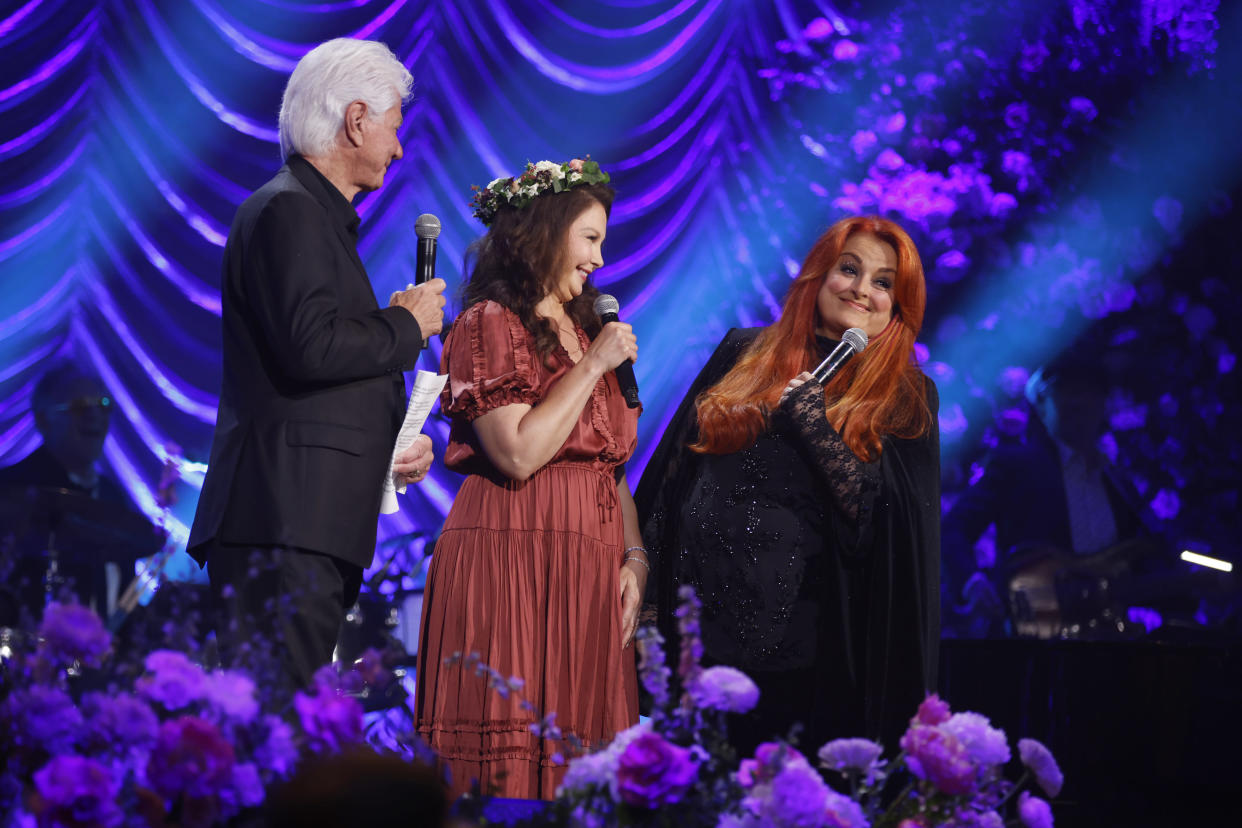 Wynonna also quipped, “Enough of this love stuff!” and referred to Naomi as a “salty single mama” who “could be evil,” recalling a time when Naomi put her and Ashley “in the back of a U-Haul-It from Kentucky to California” when they were kids. She started to tell an anecdote about that U-Haul getting pulled over — apparently because of something “tattletale” little sister Ashley had done — to which Ashley giggled, “Are we telling that story, or are we not telling that story?” Wynonna deadpanned, “Let's talk about it another time. We’ll do it like we did on Oprah. We love [Naomi] so much, we are going to have another special. … We’re going to have to extend this lovefest.” 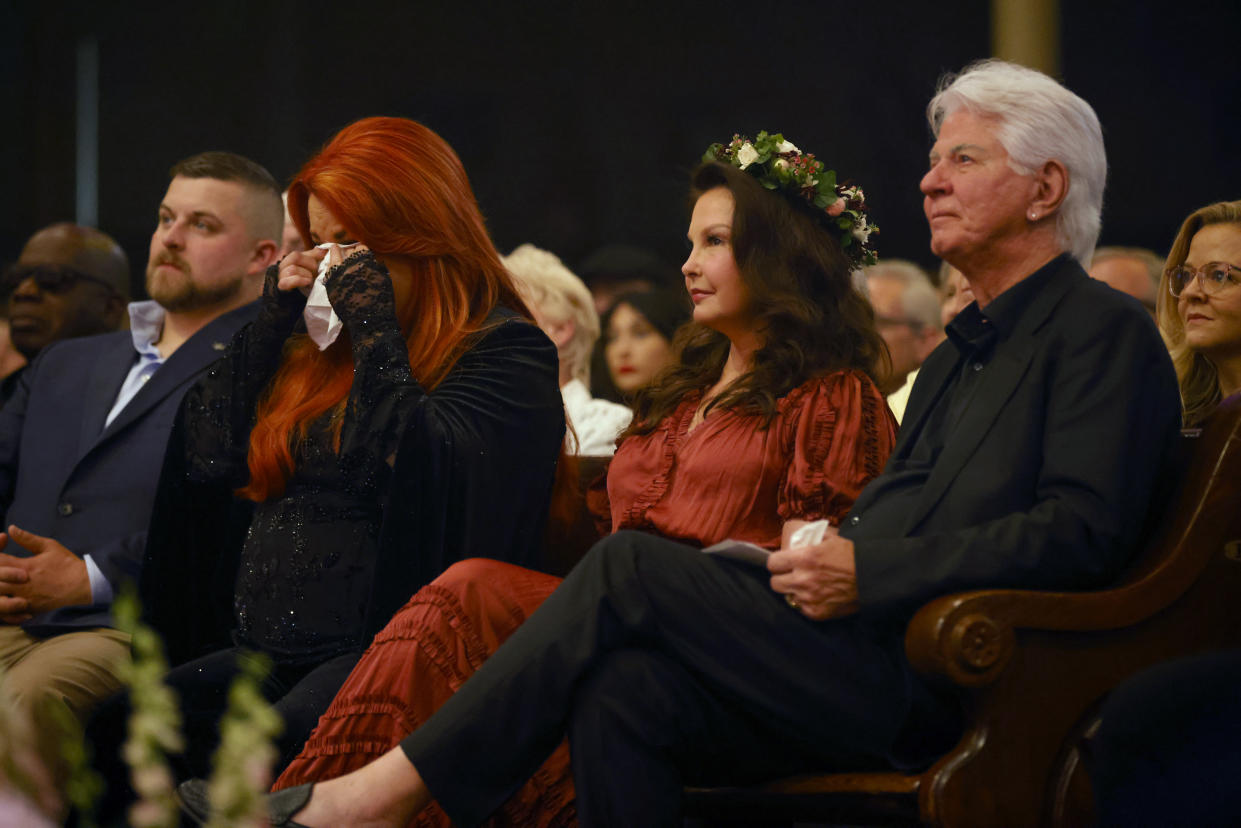 And “Naomi Judd: A River of Time Celebration” was a lovefest, even when Ashley and Wynonna engaged in some light, humorous sibling bickering. Ashley warmly recalled family dinners when Naomi would arrange everything just so — individual salt-and-pepper shakers, personalized aprons, assigned seating — “because she wanted to create memories and she wanted the kids to know where they belonged in her heart. … Mom would want you to know that it really was about family, for all of the foibles and troubles. … She was a little wacky, but she loved us, and those were just some of the things we wanted the opportunity to share.” Wynonna chucklingly remembered those holiday suppers quite differently, more as a reflection of her mother’s need for order and control, joking, “[Ashley is] being so nice. She didn't share a bus with her. I did!”

But for all of the sassy remarks, the adoration Naomi’s daughters had for each other, for Strickland, and for their late mom was abundantly clear. “Pop, I love you. We've been through a lot together. I've loved you since I was 15,” Wynonna told her stepfather. “This isn't easy. I don't know why we are doing this in public. It sucks. But we are doing it. We are showing the world what a dysfunctional family does. You show up for each other, right?” When Wynonna then apologized to Ashley for interrupting her onstage, Ashley replied, “That's OK. I love that you apologize for it now!” Wynonna then confessed to the audience, “We’ve had counseling,” to which Ashley smilingly shouted out their family therapist: “Hi, Ted!”

Ashley then exited the stage to let Wynonna sing, since Wynonna had described the Ryman as “my house” — although Wynonna admitted that it was a struggle to power through her songs. Wynonna had opened Sunday’s memorial with a song that Naomi wrote, “River of Time,” and told the audience, “I've never sung so bad in my life. I’m so tired and so heartbroken. But I'm here with you and for you, as you have been for us for 38 years.” After Bette Midler sent a video message of “profound condolences” recalling that one of the highlights of her life was singing “The Rose” with the Judds in 1997, Wynonna and Brandi Carlile reprised that cinematic ballad, with a choked-up Wynonna even halting the performance briefly. 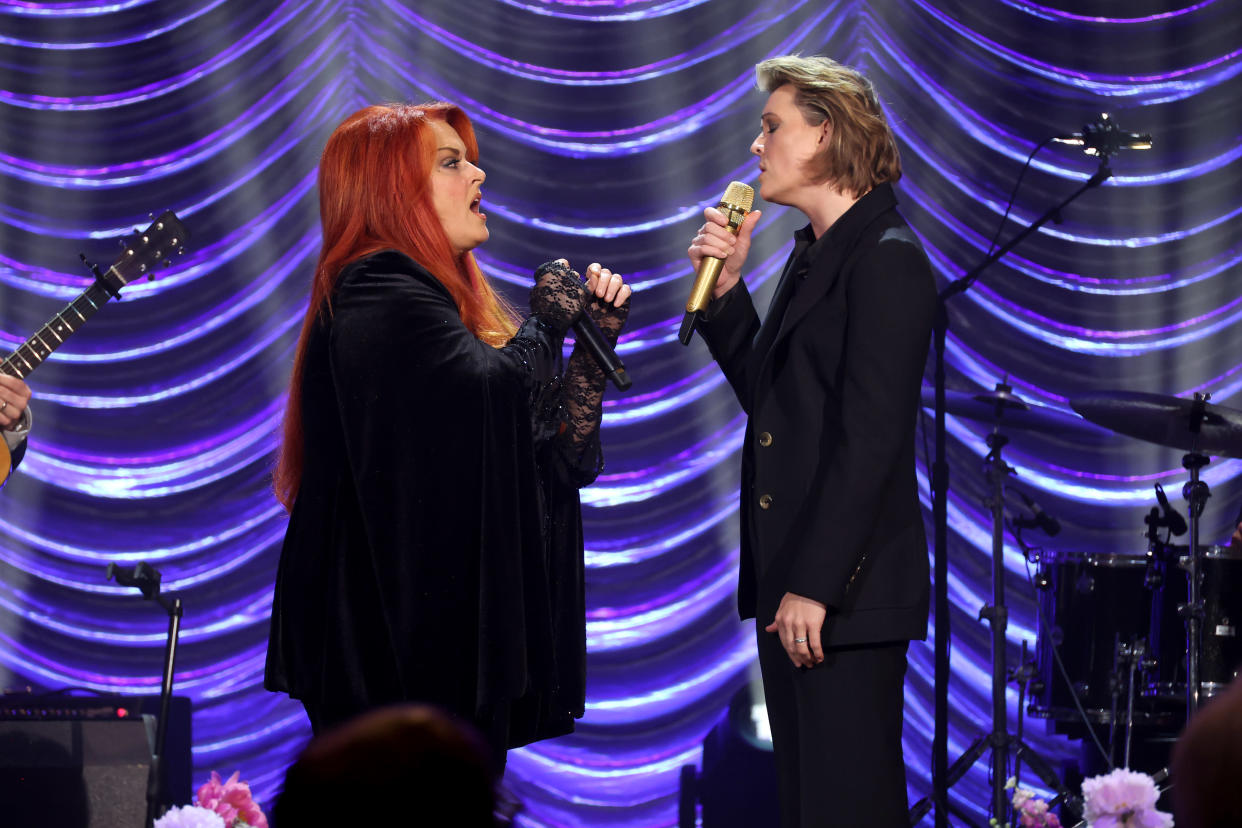 “It seems so strange to be here, but it seems so natural. I've lived my life publicly since I was 17, so it feels natural to be with my family of choice. Tonight is a celebration. And at the same time, I can't put into words how devastated I am. … I said goodbye to [Naomi] two weeks ago. I kissed her on the forehead. Her eyebrows were still perfect. She was unlike anyone in our family, and I miss her so much. But I will continue to sing. I said I would,” Wynonna announced at the end of the night. “So, I've made a decision, and I thought I'd share it on national television: that after a lot of thought, I'm going to have to honor her and do this tour. I'm just going to have to. Because that's what you would want. And Bono once told me, give them what they want, not what you want.”

Wynonna was referring to the Judds’ reunion tour, which had been announced on April 11, the day that the Judds gave their first nationally televised performance in more than 20 years — and what turned out to be their last performance — at the 2022 CMT Music Awards. The Judds' 10-date “Final Tour” with special guest McBride was supposed to begin on Sept. 30, and will now serve as an ongoing tribute to Naomi. 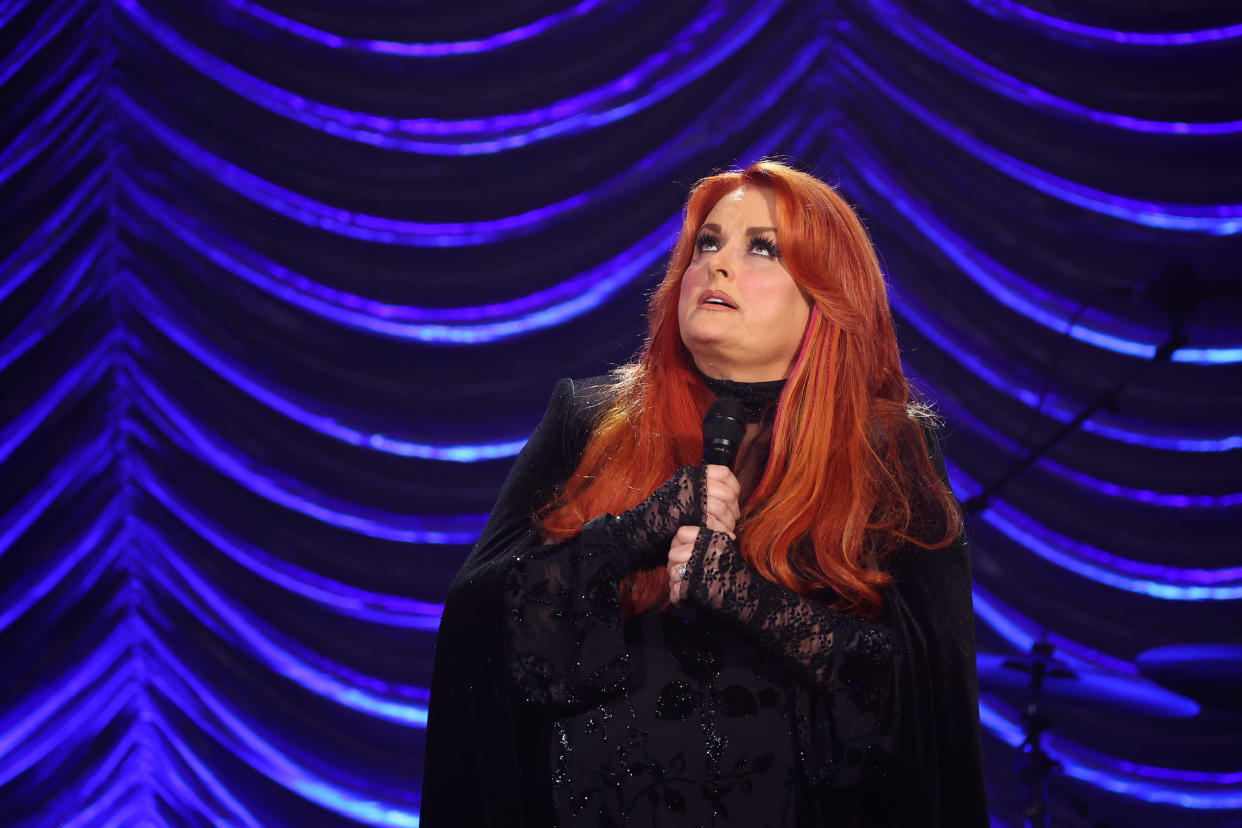 “Tonight as we close, I say the show must go on, as hard as it may be,” Wynonna told Sunday’s “Naomi Judd: A River of Time Celebration” audience, before closing the memorial with the Judds’ signature song, “Love Can Build a Bridge,” and continuing to sing as the broadcast went into overtime and the CMT credits began to roll. (“I just want to keep going and make them sweat,” she laughed.) “We will show up together, and you will carry me as you carried me for 38 years once again, because I honestly didn't think I could do it. I didn't know if I could go on without her. Oh, God, life is so strange. It's so devastatingly beautiful what happened here tonight, so we will continue this spectacle. That's what she would want.”