A KINGFISHER hovers over a frozen lake before plunging like the temperature to catch a fish.

Wildlife photographer Mark Hughes cut a small hole in the ice to help it out before ­capturing the sequence in Leeds. 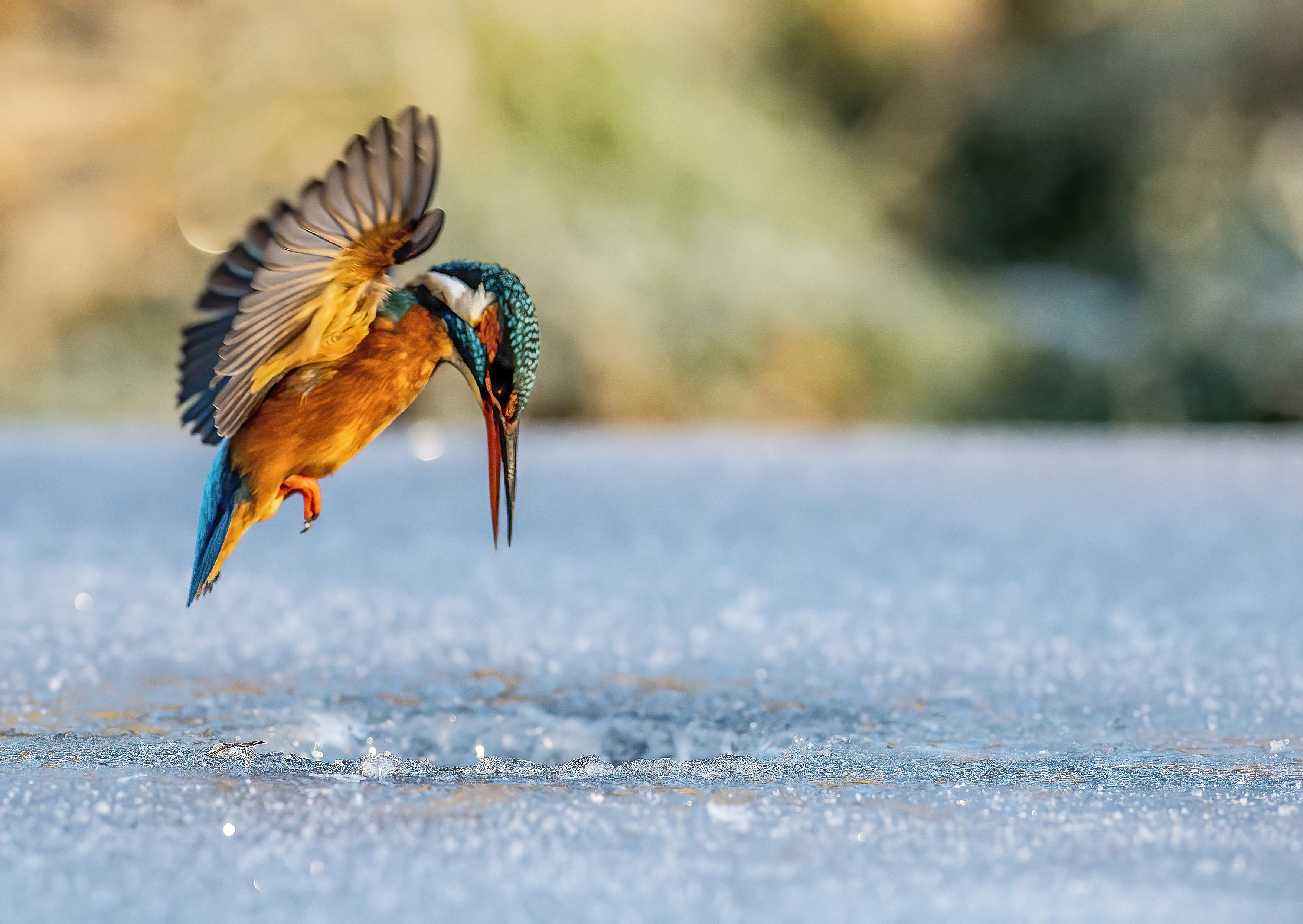 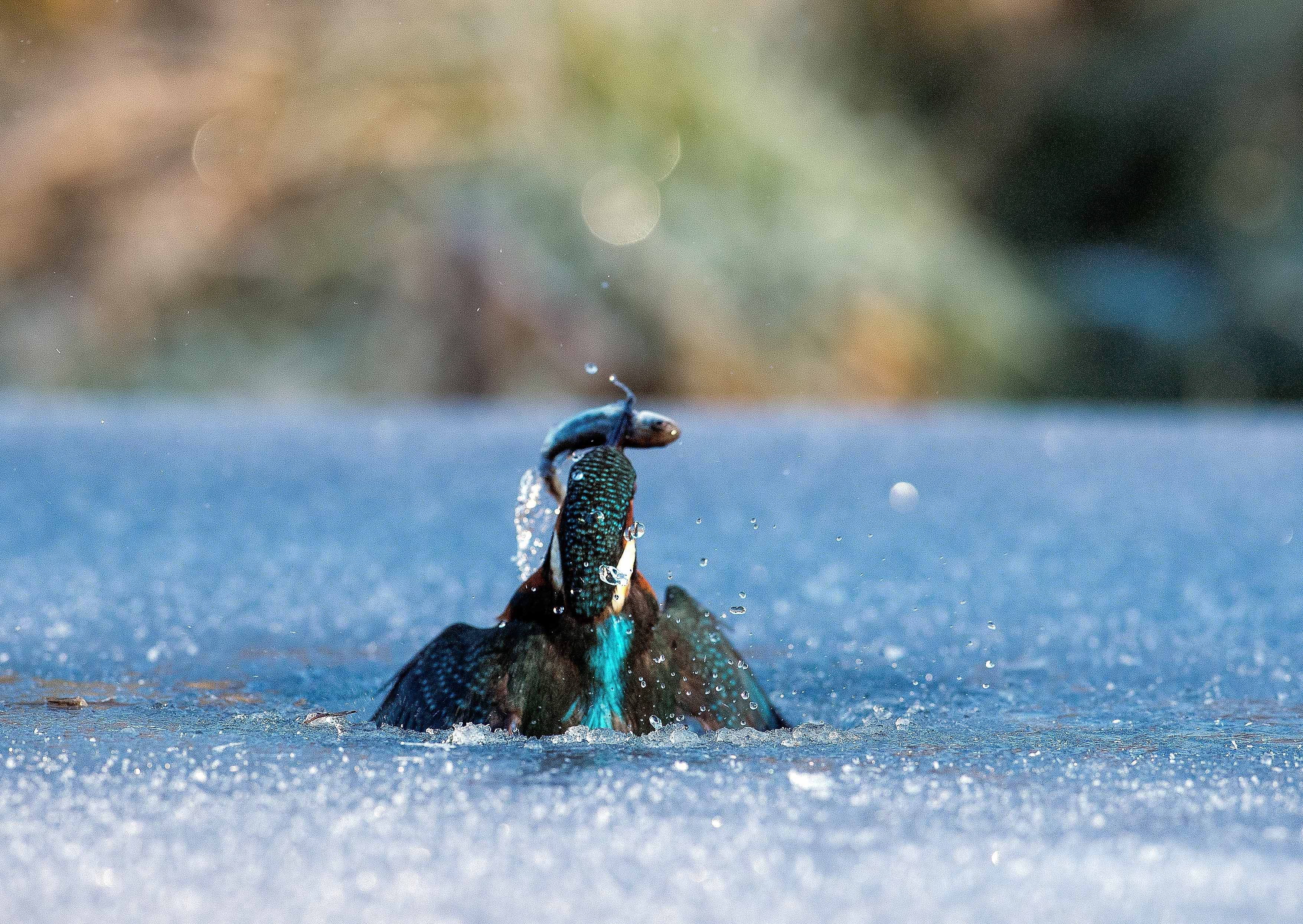 Mark said: “The lake froze over during the cold weather.

“It meant the kingfishers were unable to catch fish so I cut a small hole in the lake to help them out.

“And, to my amazement, the kingfisher started to hover over the hole in the ice, dived in and caught a fish.”

Freezing temperatures in the region also saw kids playing in the snow in Harrogate.

It was a similar story further south, with parts of West Sussex and Kent hovering around – 1C for most of the day. 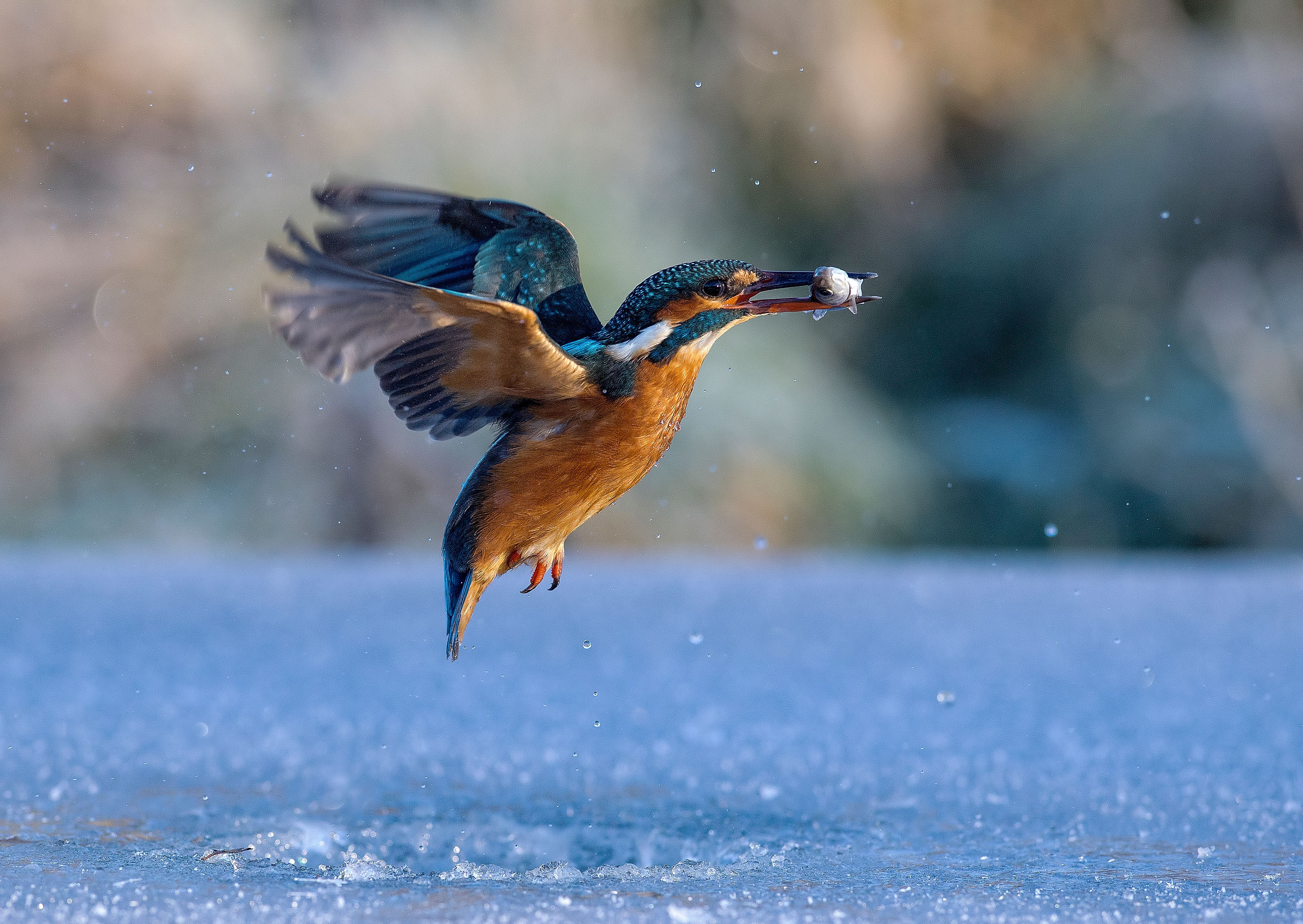 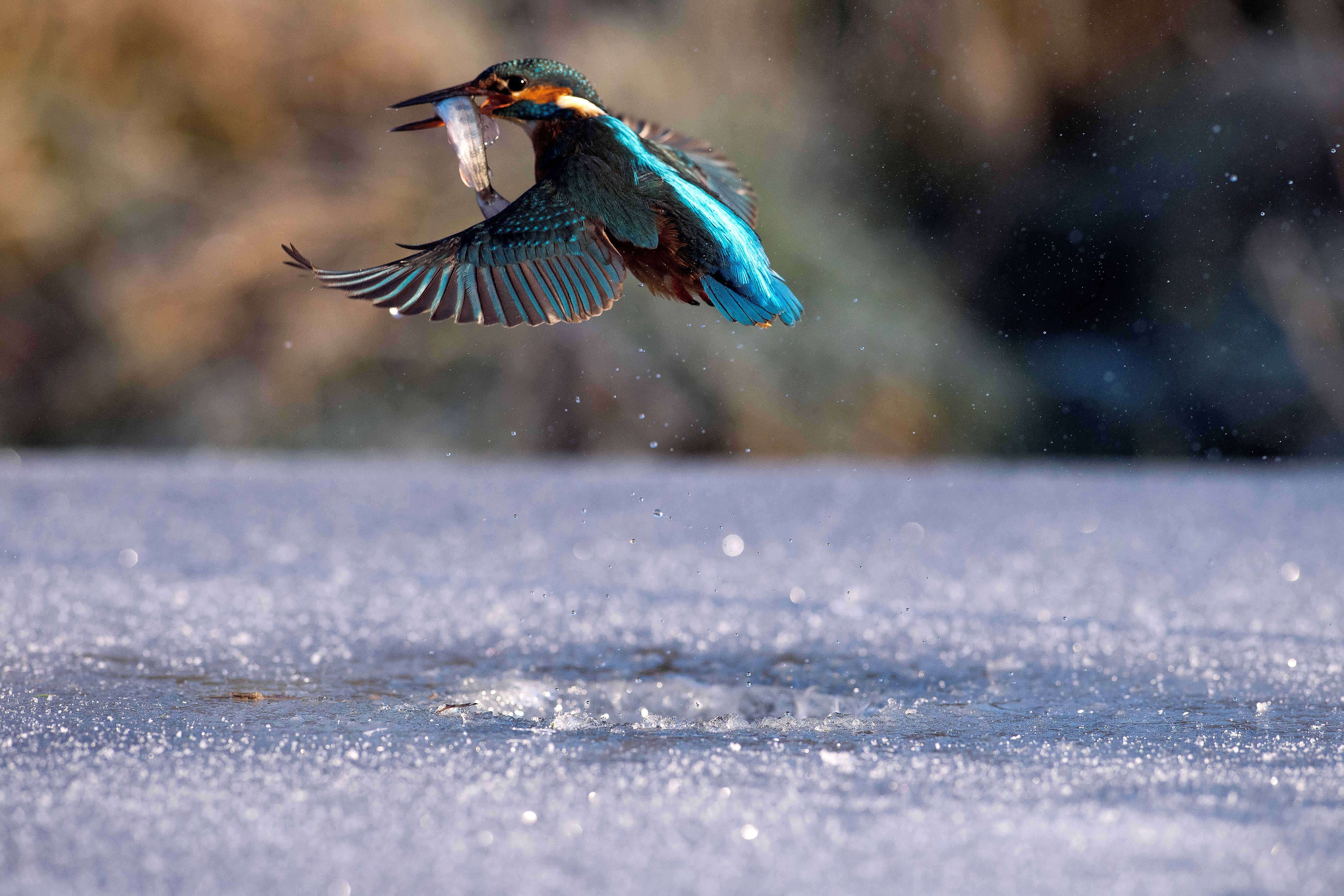 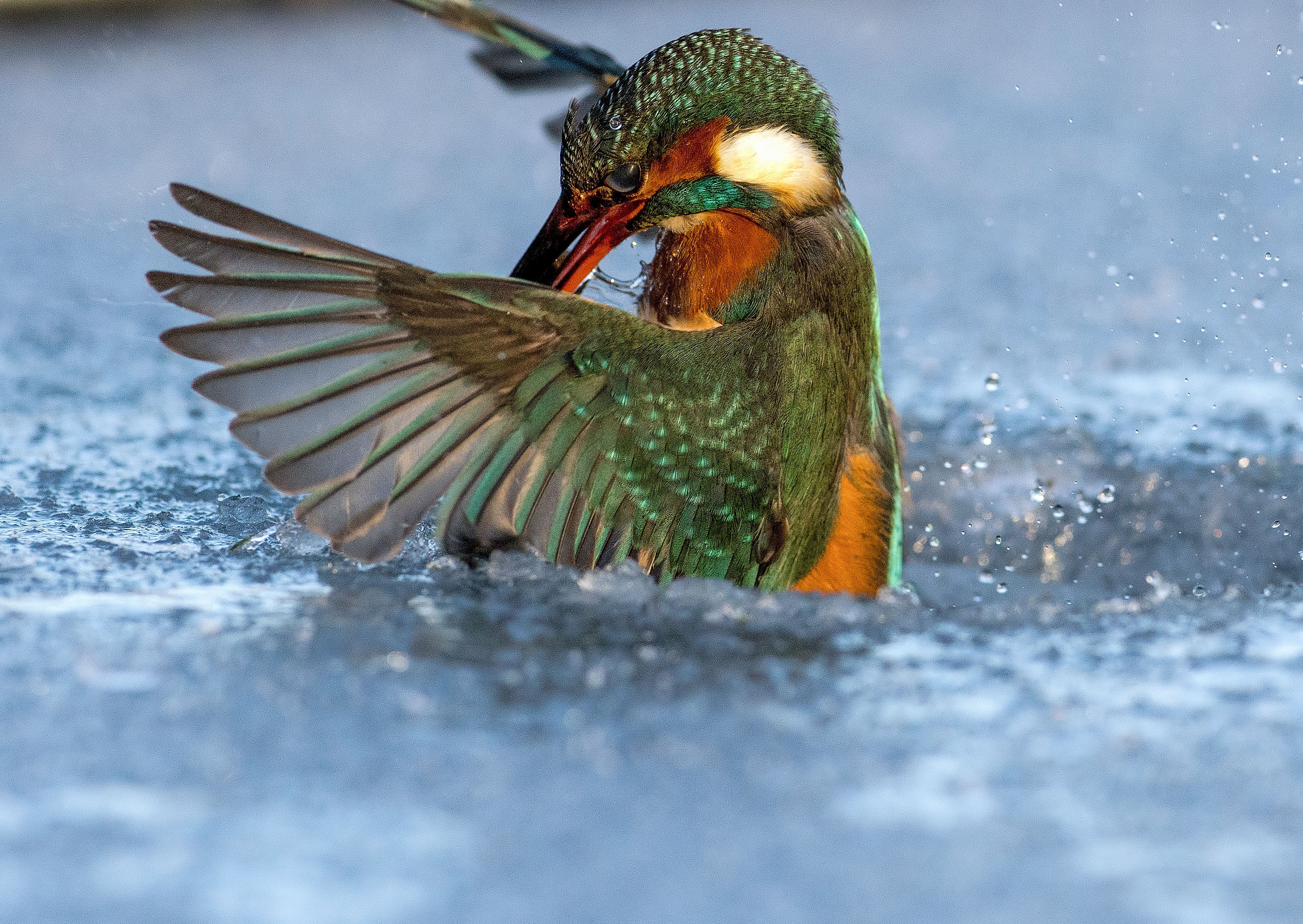 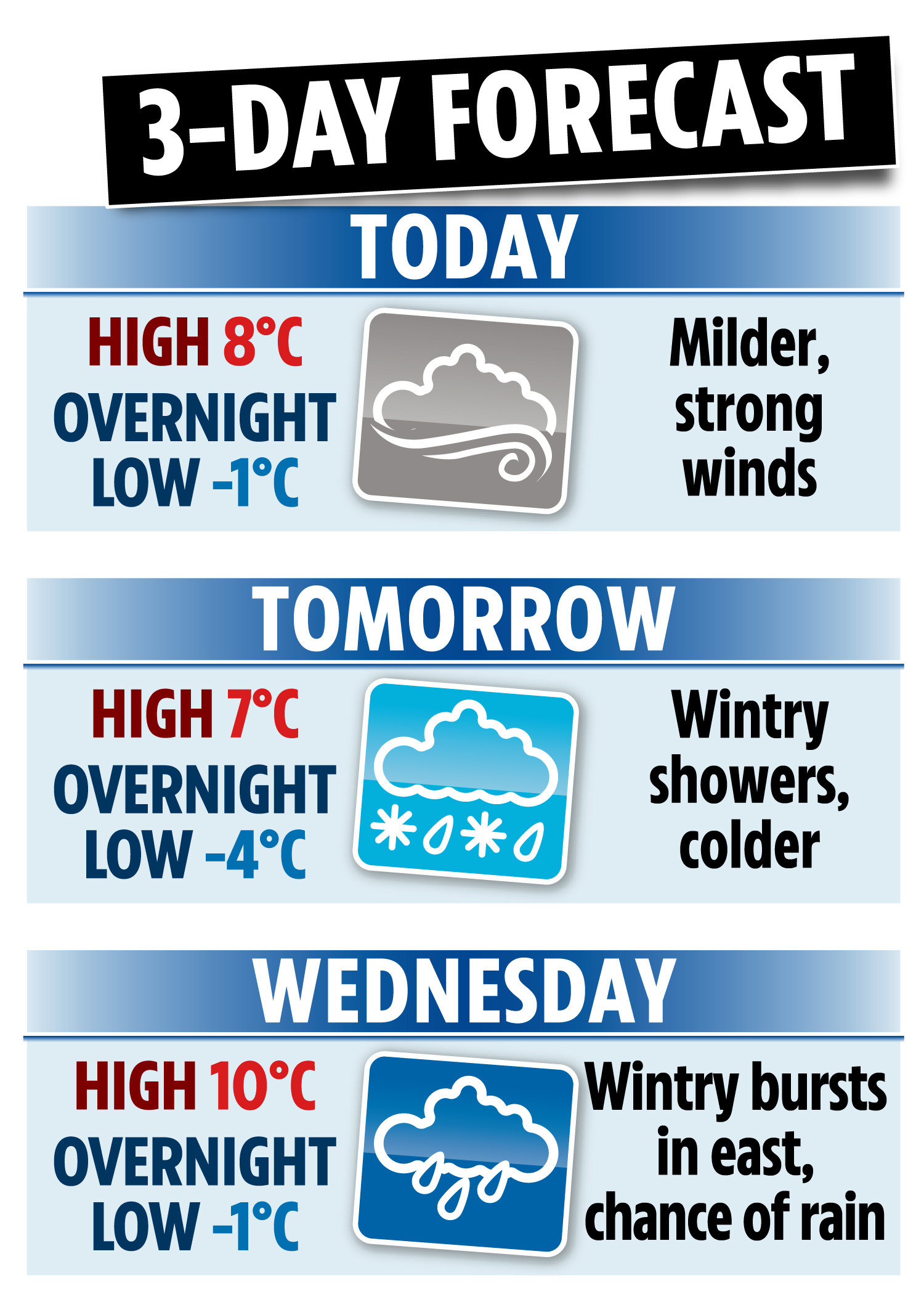 The Met Office’s Marco Petagna said: “It’s going to be quite widespread with most places seeing snow fall.”