'Liquid cat' squeezes through tiny gap under a closed door

A ‘liquid cat’ has gone viral after being filmed squeezing underneath a closed door.

In footage shared online, the flexible feline can be seen staring at a white door inside her home as she plots her escape.

The seven-year-old moggy, named Holly, then seems to defy the laws of physics as she forces her body through the gap between the bottom of the door and the floor.

Owner Laurie Popeck said: ‘Our cat, Holly, turns into a liquid cat and leaves the room underneath the door!’

Ms Popeck was at home with her daughter in Pittsburgh, Pennsylvania, when she first saw her cat perform the trick.

She recorded her black and white pet from both sides of the door before posting a video to TikTok.

Ms Popeck also held a measuring tape next to the gap, which showed it to between just one-and-a-half and two-and-a-half inches.

The video has received 5.8 million ‘likes’ and more than 100,000 comments since being uploaded at the end of May.

One user joked: ‘There are actually five states of matter; liquid, solid, gas, plasma and cat.’

Another added: ‘That doesn’t seem normal’ while another said: ‘Ma’am, that is an octopus.’

One cat owner said: ‘I wish my cat would figure out how to do this, so I didn’t have to leave my bedroom door open every night.’

Cats are extremely flexible as their spines can rotate more than most other animals. 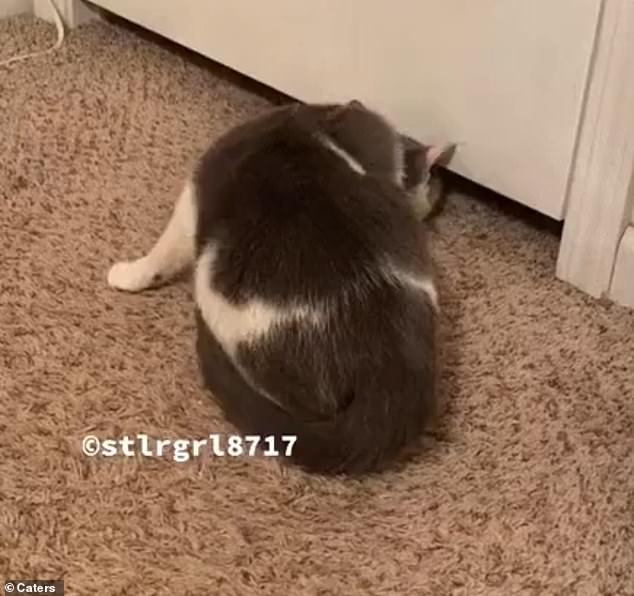 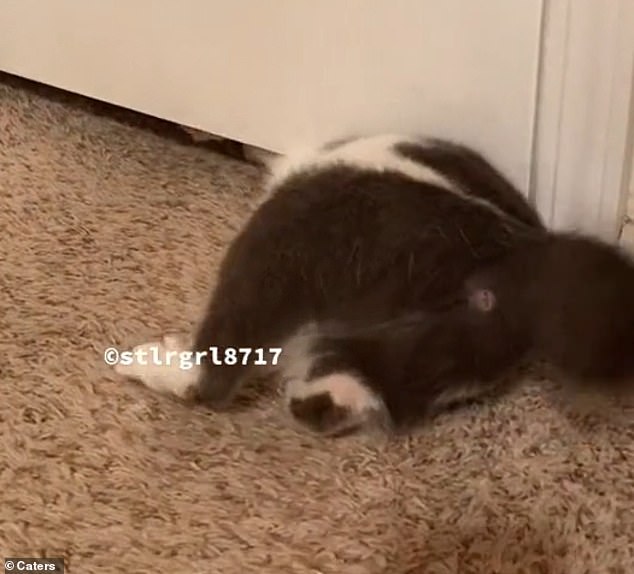 In a video, the black and white moggy becomes a ‘liquid cat’ as she begins to slide under the door 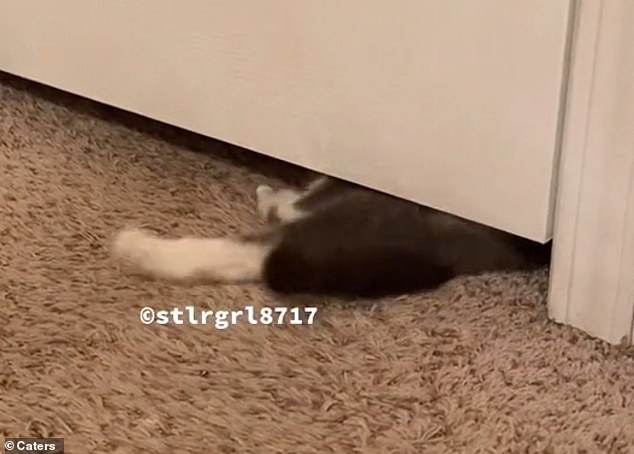 After a slight struggle, Holly manages to slip her entire body through as she is filmed coming out the other side 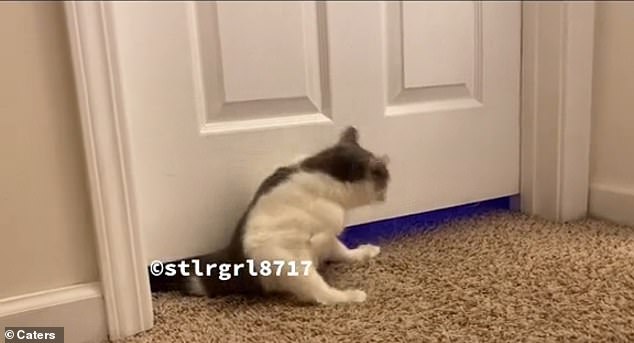 Their vertebrae have elastic cushioning on the disks while their should blades are attached to the rest of their bodies by muscles rather than bone.

According to the Cornell Center for Materials Research, this gives the shoulder blade a huge amount of free movement.

Cats also have very small collarbones, allowing them to squeeze their shoulders together, helping them fit into tiny spaces.