Neo-Nazi, 36, who called himself the Fuhrer, grew Hitler moustache and claimed Jews were behind a ‘Covid hoax’ is found guilty of terror offence and stirring up racial hatred

A neo-Nazi who said Covid-19 was a ‘hoax’ started by Jewish people, called himself the ‘Fuhrer’ and grew a Hitler-style moustache has been convicted of a slew of hate and terrorism crimes.

Matthew Henegan, 36, of St Neots, Cambridgeshire, produced an hour-long film accusing the Jewish population of controlling the police, economy and media, and referred to them as ‘k**es’, calling them filthy and sadistic and branding them ‘creatures.’

The shocking material was shared on archive.org, an American digital library which allows anyone to upload and download content, the jury heard.

Henegan was convicted at the Old Bailey in central London Monday for publishing, distributing or possessing material intended to stir racial hatred on six counts and one count of possessing a document useful to a terrorist after just under 11 hours of jury deliberation.

The terrorism-related charge came after a raid of his home in St Neots uncovered a copy of a document entitled ‘How to Make Armour Piercing Bullets’ – in breach of anti-terrorism laws, the court heard.

Investigators also found a Nazi swastika armband and leaflets referring to Hitler as ‘Your Saviour’.

During trial, the jury heard his other conspiracy theory claims – including that ‘if the coronavirus existed’, infected people would have been quarantined on an oil rig.

Pointing at the jury, the long-haired Nazi said he believed he was of the ‘same mindset’ as ‘my twelve disciples over there and those in the gallery’.

But he claimed his toothbrush moustache was not in homage to Adolf Hitler, the Nazi German dictator who slaughtered at least six million Jews during World War Two. 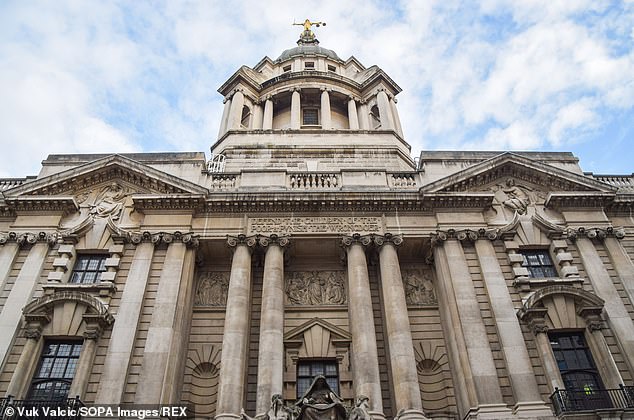 Matthew Henegan, 35, is facing trial after he was charged with inciting racial hatred by publishing three anti-Semitic posts which blamed Jews for the Covid pandemic. Pictured: The Old Bailey where Henegan was previously expelled for wearing a swastika

It came after he was expelled from the Old Bailey during a previous appearance for wearing a red swastika armband.

Henegan told the jury: ‘You may see me, with my moustache, and think of it as a Hitler moustache, rather than Charlie Chaplin or Oliver Hardy.

‘It is clearly your diseased mind that influences your thoughts.’

When asked if he was a National Socialist, he replied: ‘Yes, I do not pretend otherwise.’

Henegan had refused to take an oath on the Bible before giving evidence, saying that would be an ‘oath to himself.’

Judge Nigel Lickley told him today: ‘You have to understand that because of the convictions now recorded against you, you are facing a custodial sentence.

‘The length of that custodial sentence and whether it is immediate or suspended are matters I will decide on the next occasion.

‘I have no firm view at the moment other than all sentencing options are open and that includes immediate custody.’

In her closing speech, prosecutor Julia Faure-Walker told the jury: ‘Mr Henegan chose to use the particularly derogatory term k**e.

‘There is no way that Mr Henegan was intending there to be any caveats in relation to the ethnic group he was directing hatred towards,

‘It is absolutely clear that the words k**e and Jew are used interchangeably.

‘During the video Mr Henegan complains no one listens to him, they’d much rather go on about f****g antisemitism.

‘He won’t have it that people are trying to raise this matter.

‘He has no time for complaints about racism towards Jews.

‘There must have been a reason why he used the word k**e within the material. 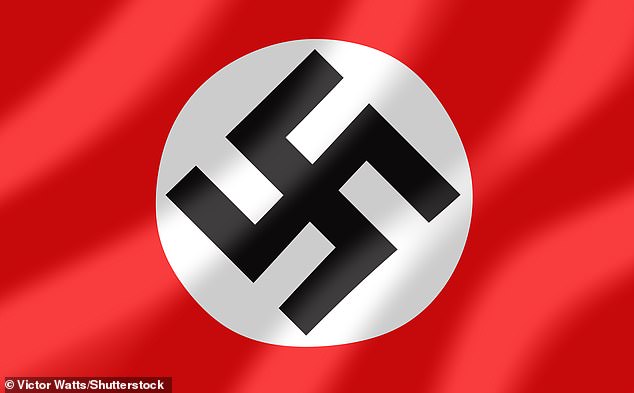 ‘The reason it was used was purposely to communicate his intense dislike for this group of people.

‘The endless highly offensive swear words are an indication that he wasn’t just attempting to relay facts.

‘He was trying to conjure up anger and extreme animosity.

‘He was perfectly able to give evidence without using such extreme profanities.

‘That sort of language is reserved for the groups he looks down on, mostly Jews.

‘There will be some who look at leaflets, view the video or listen to the audio and immediately dismiss it as rubbish.

‘Unfortunately there will be others when faced by such highly emotive and charged language who will have feelings of racial hatred.’

During the trial, jurors watched clips from Henegan’s hour-long film which contained countless racist statements, such as:

‘One (you) given a standing command upon my death to slaughter the k**e, for they will come to slaughter you as they already do and you will enter your children into the same slave stage that you live in today.

‘Colonisation is what the k**e is doing here with us, they merely turn film into their perverted dream and our reality.

‘The power of the Aryan far exceeds the k***s and I will lead you to victory over these vile sadistic creatures. Your Fuhrer.’

He will be sentenced at the Old Bailey on January 14 next year.