A street on Manhattan’s Upper West Side turned into a scene out of the wild west after two men opened fire on each other in broad daylight.

The New York Police City Police Department received a call Tuesday around 2:20 p.m. about a shooting in front of 210 West 103rd Street. Two unknown male individuals had confronted each other and fired “an unknown number of gunshots in the vicinity of one another,” the NYPD said in a statement to Fox News. 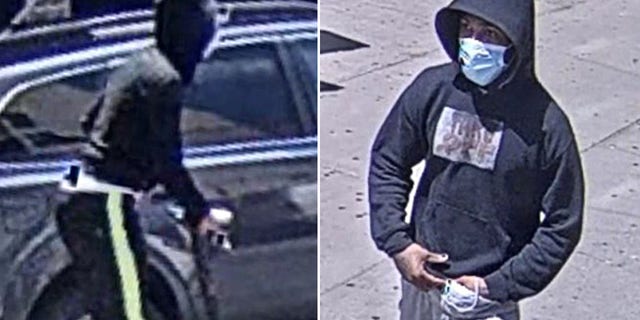 Video camera footage of the shootout provided to Fox News shows either gunman firing indiscriminately then ducking behind parked cars before fleeing the scene.

Police did not provide further details. They are asking for the public’s help in ascertaining the whereabouts of the two suspects.

The first suspect is a “dark-skinned male” between 18 and 22 years of age, 5’8″ tall, and 130 lbs., police said. He was last seen wearing a dark-colored sweatshirt, gray sweatpants, and dark-colored sneakers.

Anyone with information on the matter is being asked to call the NYPD’s Crime Stoppers Hotline at 1-800-577-8477.