Sneaker giant Nike has announced a crackdown on robot buyers that snap up its most limited edition products online before anyone else gets the chance.

The company says it will block suspicious orders, refuse refunds and even suspend accounts of those using automated ordering software or tech on its website.

Nike also says it could charge restocking fees to those it determines are buying shoes, clothes and other items with the intention of selling them on, according to the company’s updated terms of sale on its US website.

The company says it could also reject orders that exceed the product purchase limit, which Nike sometimes places on its highly-coveted special edition items, such as sneakers and jerseys.

Terms of sale outline the rights of both the customer and the company when it comes to transactions between the two, including purchases and refunds. 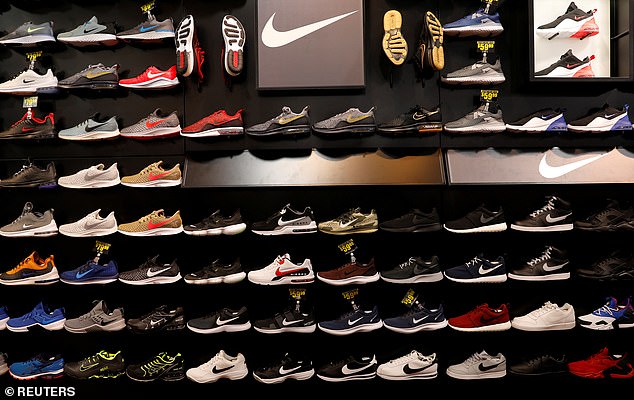 ‘NIKE Stores, including any consumer rights or policies offered in NIKE Stores, are intended solely for the benefit of end consumers, and therefore purchase of products for resale is strictly prohibited,’ the terms of sale says.

Such measure include the restriction of ‘sales to any consumer, consumer account, or member account, cancel orders, charge restocking fees, impose purchase quantity limits, decline to issue refunds or take returns, deny access to any NIKE Store, and/or suspend or close any account,’ the company says.

Before the October update, Nike already prohibited the purchase of its products for the purpose of selling them on. The new update now outlines what measures Nike can take if it detects such activity.

Fraudulent purchases were also already banned, but the new terms of sale now explicitly mention the use of software and technology for the first time. 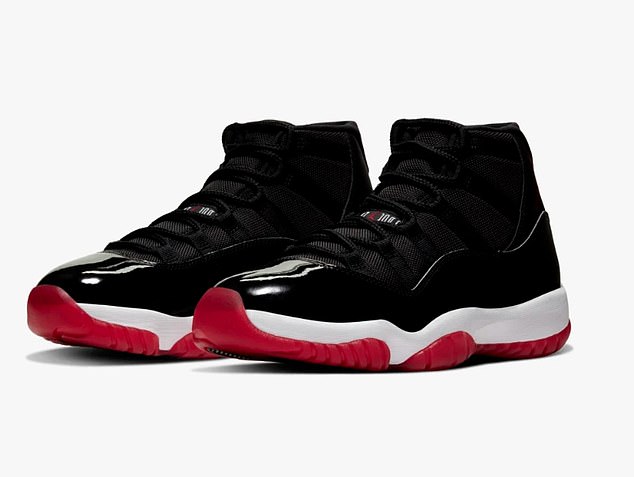 The company says it will block suspicious orders, refuse refunds and even suspend accounts of those using automated ordering software or tech on its website. Pictured: A pair of Air Jordan 11 Bred, one of the most famous pairs of Nike limited edition shoes from 1995

In 2020, the sneaker resale market was estimated to be a $2billion industry, and at the time was projected to grow three-fold by 2025. In a sign of how fast it is growing, in 2022 it is already said to be worth $6billion, according to the Wall Street Journal.

Several online marketplaces have sprung up to take advantage of this market, such as StockX, GOAT, Grailed and Stadium Goods, and sellers will do their best to snap up rare products when they are released, and sell them at hugely inflated prices.

One such example is the Nike Dunk SB Low Staple NYC Pigeon, originally released in 2009. Just 150 were made, with a retail price of $200.

Pictured: A pair of Nike Hyperdunk Marty McFly sneakers. Just 350 pairs were made of the shoes based on those worn by Michael J. Fox in the 1989 movie ‘Back to the Future II’. They can now be bought on sneaker marketplaces for over $5,000

Companies have been cracking down on suspicious sales of in-demand items for years, such as video games consoles. Walmart, for example, uses software and other means to detect bot purchases and will sometimes cancel orders, the Wall Street journal reported.

The popularity of using bots to purchase such items has grown thanks to sneaker enthusiasts. Programmers have developed software that searches the internet for deals of valuable products, and places large-quantity orders.

Bot usage increased during the Covid-19 pandemic as people worked to purchase rare consoles, computer graphics cards and toys – among other valuable items – the newspaper reported.

Nike’s apparent crackdown on resellers is notable because of its items being highly coveted on the resale market. Its brand had benefited from the attention its limited-edition products get from enthusiasts active on social media platforms.

However, customers also often complain that they are unable to get their hands on products at the retail price, and later see them on online markets with markups.