Liberal James Newbury said in a parliamentary committee hearing on Monday that Ringwood MP Dustin Halse was facing an allegation of having sex in his office and was now under an internal investigation. 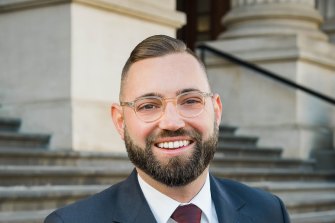 “The speaker’s confirmed an investigation into the member for Ringwood bonking in his office,” Mr Newbury said during a Public Accounts and Estimates Account Committee hearing.

Mr Newbury, the member for Brighton, was quickly shut down by state government MPs objecting to the line of questioning.

In May, state opposition leader Michael O’Brien called for acting Premier James Merlino to respond to allegations of improper behaviour by a Labor MP who was at the time anonymous.

The allegations included that the MP had used their parliamentary office for sexual activities in December 2020.

A government spokeswoman told The Age in May that the alleged behaviour was “completely inappropriate and falls well short of community standards”.

The Victorian Parliament, led by Mr Brooks, is working on an Australia-first revamp of the laws governing politicians’ behaviour in the workplace whereby MPs could be fined or sacked from Parliament for serious cases of bullying or harassing staff.

Under one proposal, the power to fine, suspend or expel an MP could be handed to a new independent commissioner who would be able to bypass the Parliament and, for the first time, sanction rule-breaking MPs. 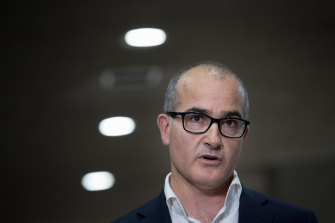 The proposal would be a significant departure from the current regime where MPs can be expelled only by a vote of their colleagues.

The proposed changes at Spring Street come amid a wider debate about the culture of parliaments following allegations a federal Liberal staffer was raped by a colleague in federal minister Linda Reynolds’ office.