MILWAUKEE — Former U.S. House Speaker Paul Ryan said on a Sunday morning news program that he is a “never-again-Trumper” and that Donald Trump is “unelectable.”

Ryan, a Republican who represented Wisconsin’s 1st Congressional District for 20 years, was speaker of the House from 2015 to 2019. He told correspondent Jonathan Karl on ABC’s “This Week with George Stephanopoulos” in the wake of Trump’s announced run that Republicans would lose if they backed Trump for president in 2024.

Ryan said he was not a “Never Trumper,” as he worked with Trump as speaker on tax reform and other issues. But he believes Trump would lose the general election for presidency in 2024.

Republican-led House: Despite a poor midterm, the GOP cobbled enough wins to flip the House; How did they do it? 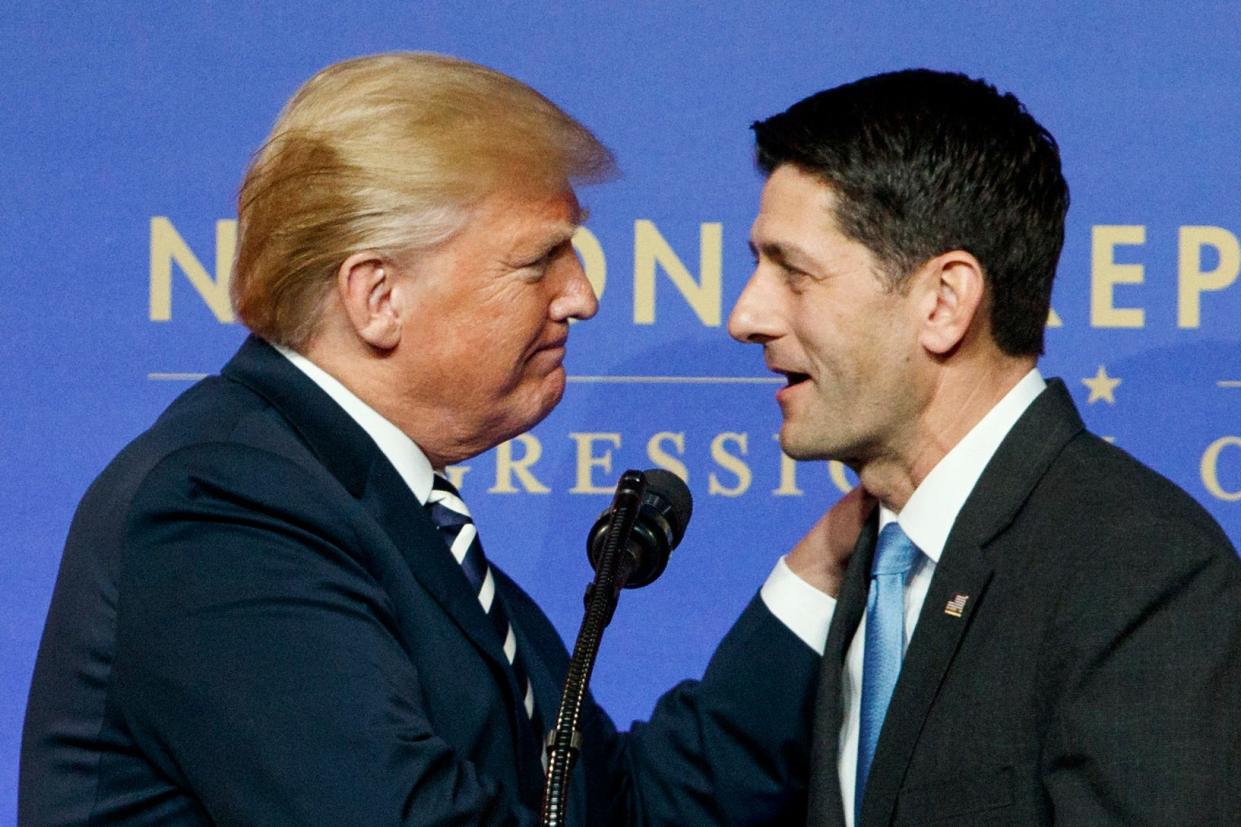 Ryan said he thinks that Republican voters will “move on” and that Trump will not win the GOP nomination for president in 2024.

“I think we have a great stable of good, capable conservatives who are more than capable of winning this primary for the presidency and winning the (general) election, and I think Republican voters know that,” Ryan said.

He pointed to recent midterm losses of Trump-backed candidates in Arizona, Pennsylvania and New Hampshire and said Republicans could have won if “we had a typical and traditional conservative Republican, not a Trump Republican.”

Ryan, who said he is “definitely” not running for president in 2024, was interviewed by Karl as he promotes his new book, “American Renewal: A Conservative Plan to Strengthen the Social Contract and Save the Nation’s Finances.”

Ryan is part of a slate of Wisconsin Republicans who have come out in opposition to Trump in the wake of the Nov. 8 mid-term elections in which Republicans performed below expectations by failing to gain control of the U.S. Senate and winning back the House by only a thin margin. In an interview with the Milwaukee ABC affiliate, Ryan called Trump “kind of a drag on our ticket” and said he “gives us problems politically.”

EXCLUSIVE: Just days after Donald Trump announces his third bid for the White House, former Speaker of the House Paul Ryan calls himself a “Never-Again-Trumper.”

This article originally appeared on Milwaukee Journal Sentinel: Paul Ryan: Trump is ‘unelectable,’ ‘I am a never-again-Trumper’