Police are searching a landfill site in Melbourne’s north as part of their investigation into the suspicious disappearance of a young mother.

Ju Zhang, also known as Kelly, was last seen at her home on Winchester Avenue in Epping on the evening of February 1.

Her boyfriend, Joon Seong Tan, 35, was charged with her murder on February 11. Despite several significant searches, Ms Zhang’s body has never been found. 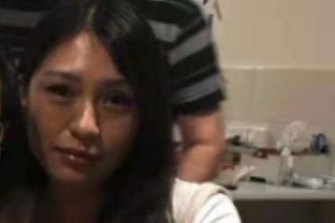 Police will on Tuesday begin a new search at the Wollert Waste Management Centre. They expect to search through landfill at the Bridge Inn Road site for the next four days.

“We’re hopeful that the search this week will move us closer to ultimately being able to find Ju and give her family even a small amount of comfort that she’s been located,” he said.

“This has been an incredibly difficult few months for them, however our investigators are as tenacious and committed as ever.

“While we do have someone before the court, it is important that we continue to follow up all avenues in terms of Ju’s current location.”

He called for anyone with information about the case to speak to police and make contact with investigators.

Police believe the 33-year-old was wearing a pink nightgown and possibly pink slippers when she went missing. Most of her family are in China.

In late February, dozens of police scoured waterways and thick bushland in Heidelberg West and Ivanhoe. 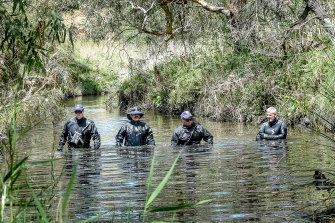 Police wade through chest-deep water in the search for missing mother Ju Zhang on Monday.Credit:Justin McManus

It came after a call was made anonymously to Crime Stoppers which contained information of interest to detectives. Police have asked that person to make contact again.

Mr Tan faced court on February 12. He did not apply for bail and will next face court on July 16.

Anyone with information about Ju’s disappearance is urged to contact Crime Stoppers on 1800 333 000 or submit a confidential online report at www.crimestoppersvic.com.au