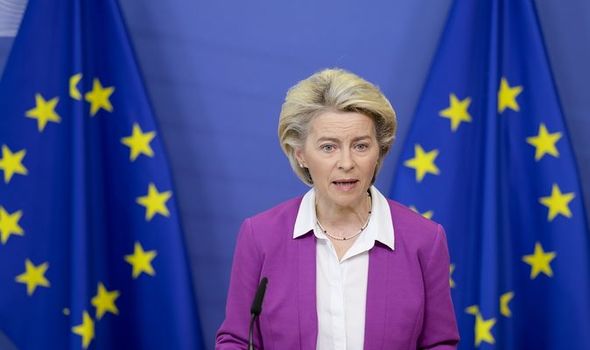 The European Commission president said the country would be punished by fines, by cuts to funding and be stripped of voting rights if it continued to undermine EU values. She told Poland’s Prime Minister Mateusz Morawiecki: “We cannot and we will not allow our common values to be put at risk.The Commission will act.” Warsaw has angered Brussels by refusing to override a tribunal that ruled the Polish constitution took precedence over rulings by the European Court of Justice.

In response, Mr Morawiecki rejected “the language of threats” and accused the EU of overstepping its powers. The clash fuelled claims that Poland is heading towards leaving the bloc in “Polexit”.

Poles support overwhelmingly being in the EU, opinion polls suggest – but their nationalist government has been increasingly at odds with Brussels on issues ranging from LGBT rights to judicial independence.

Jean Asselborn, Luxembourg foreign affairs minister, said Europe “will not digest the end of the rule of law. Europe will die from such a development.” Brussels is under pressure from member states and its Parliament to use a “conditionality mechanism” to withhold budget funds from Poland.

France and Germany both called for the payments to be withheld unless Poland respects the bloc’s democratic principles and its rule of law.