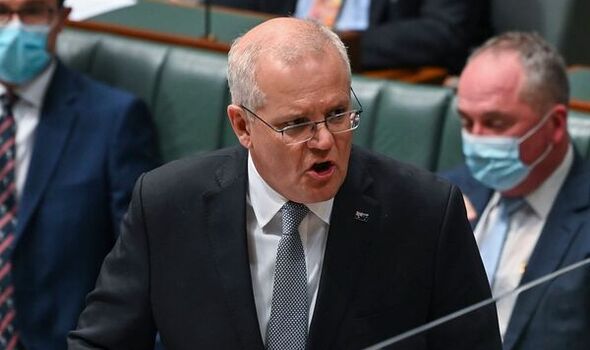 According to the reports, four officers, two each from Tassie and Canberra have been injured and taken to hospital. However, Mr Morrison was not injured and was not involved in the accident.

Family members of the officers have been informed about their conditions.

Mr Morrison will not attend any more events on day four of the election campaign.

A spokesman for the Prime Minister said: “The PM’s follow security vehicle was involved in an accident near Elizabeth Town.

“The PM is not injured and was not involved in the accident.

“Two Tasmanian Police officers and two Federal Police officers from the PM’s security detail who were in the follow vehicle have been taken to hospital from the scene for further assessment. All officers were conscious when transferred.

“The driver of the other vehicle was not injured.

“Family members of the officers have been contacted and are being kept informed of their condition.

“The PM is always extremely grateful for the protection provided by his security team and extends his best wishes for their recovery and to their families.

“This afternoon’s event has been cancelled.”