The government has been urged to help save the Scouting movement after it reported a ‘drastic downturn’ in income due to the pandemic.

The Scouts Association has already made 100 redundancies after finding itself in ‘severe financial difficulty.’

But its plans to sell off Baden-Powell House – the London HQ named after its founder in the 1950s – and the Downe scout training centre in Kent have prompted calls for Government action.

Labour MP Gareth Thomas, a former Business Minister, said it was only right for the scouts to receive funding when other organisations helping youngsters were given millions of pounds from taxpayers. 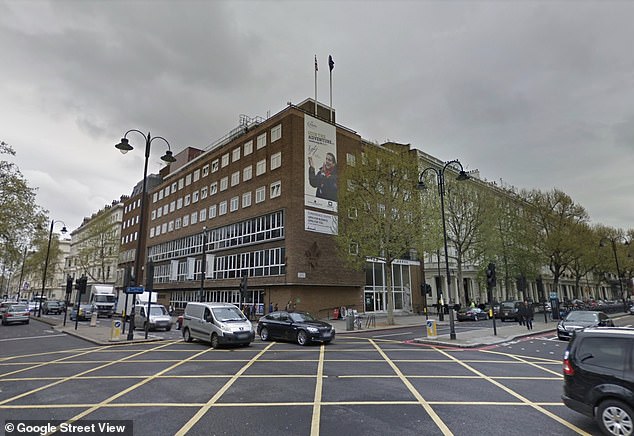 In previous years the vast majority of Britain’s cadet force funding had gone to the National Citizen Service, a holiday volunteering programme set up by David Cameron as part of his Big Society initiative.

He added: ‘Given the money ministers find to support similar organisations, like the National Citizen Service and the Army and Navy Cadets, it is only right that they should help the Scouts to avoid axing so many jobs and being forced to sell off their iconic former headquarters in central London, Baden-Powell House, and a much-loved, 86-acre campsite that has been dedicated to scouting for almost 100 years, into private hands.’

The Downe Scout Activity Centre near London’s Kent border has been used by generations of Scouts and school children and was bought by founder Lord Baden-Powell to train more leaders in 1929.

The activity site at Downe, near Orpington, is a historic one for the organisation and holds fond memories for many generations of Scouts and Scout leaders. 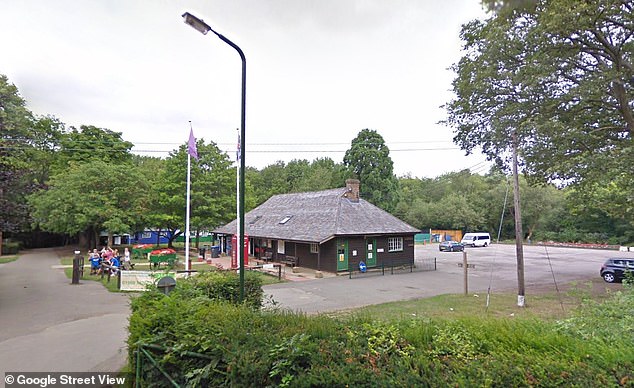 The Scouts Association has already made 100 redundancies after finding itself in ‘severe financial difficulty’ as a result of the pandemic. Pictured: Downe Scout Activity Centre in south London the association plans to sell off 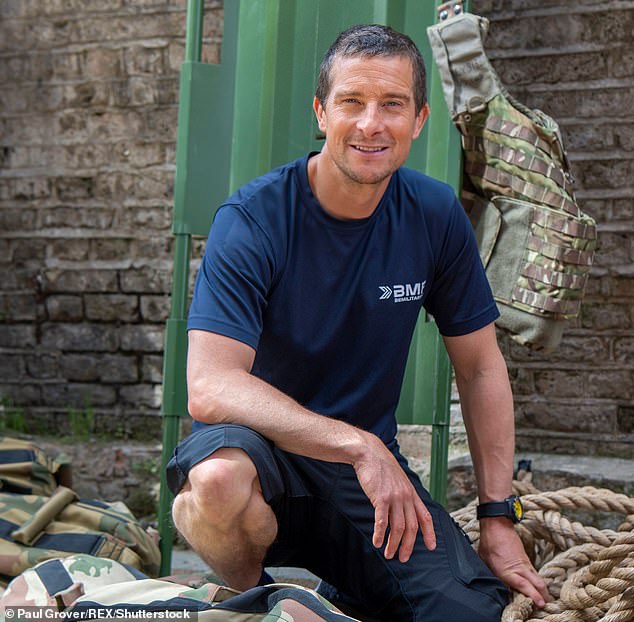 Celebrity explorer Bear Grylls, who was made Chief Scout in 2009, has received calls to press the government for more help

Baden Powell was spurred on to set up the Scouts after fighting in the Boer War and realising there was a gap for a movement to give young boys a purpose.

In August 1907, he organised a trial scouting camp to be made up of 20 boys from a diverse selection of social backgrounds.

They spent a week on Brownsea Island in Dorset and it proved to be a great success.

From there, the idea blossomed and the first National Scout Rally was attended by 11,000 boys in Crystal Palace, south London, in 1909.

In February 1929, 66 acres was signed over to the then Boy Scouts of London in Downe, in the borough of Bromley, just beyond London’s urban sprawl. 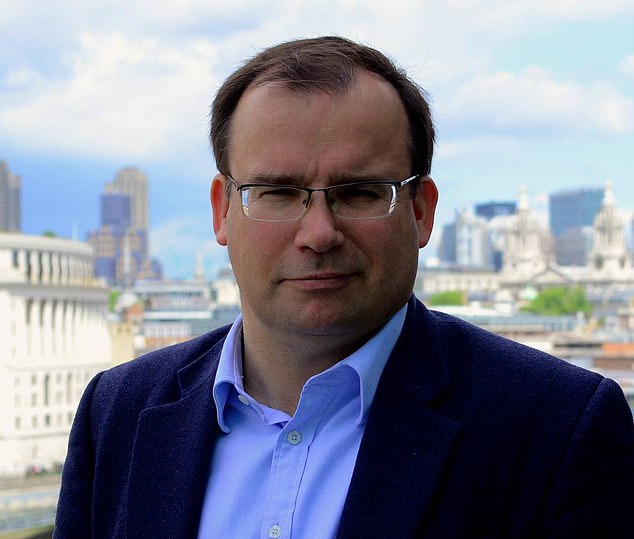 Labour MP Gareth Thomas, a former Business Minister, said it was only right for the scouts to receive funding when other organisations helping youngsters were given millions of pounds from taxpayers

Charles Darwin lived nearby at Down House and undertook his famous worm experiments on at least two areas of the site.

In a short time, adult leader training courses were in full swing and Baden-Powell encouraged Scouts from the East End to visit to experience life in the countryside, where they could camp under the stars and swim.

At its peak, 20,000 a year would visit Downe’s 86 acres for day visits and residential experiences for Scouts, Guides, schools and other youth groups, as well as activities such as abseiling, archery and shelter-building.

Campdowne – which attracted 2,000 Scouts and Guides every four years – also became a bit hit with celebrities including explorer Bear Grylls, made Chief Scout in 2009 aged 34. 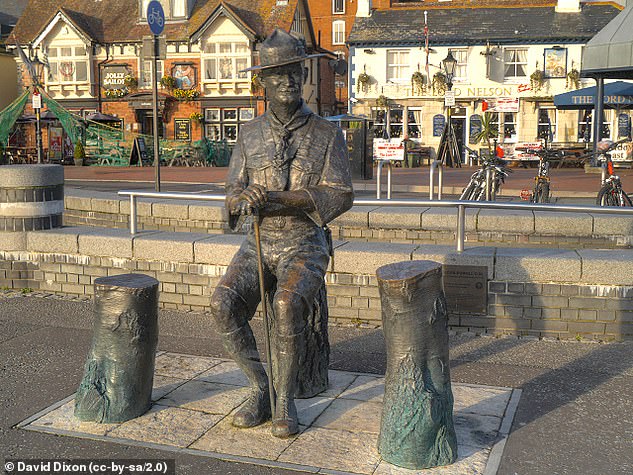 Baden Powell was spurred on to set up the Scouts after fighting in the Boer War and realising there was a gap for a movement to give young boys a purpose. Pictured: His memorial statue in Poole, Dorset

David Walliams tried out archery on a visit in 2013 while polar explorer Ben Saunders and Ray Mears also attended the site to teach kids survival skills – and Ray was awarded his Outdoor Adventure Badge.

But following the outbreak of Covid-19, it is set to be sold off alongside the association’s former HQ, Baden-Powell House in South Kensington, purchased in the 1950s as a hostel to house Scouts visiting the city.

Heartbroken leaders have formed a Facebook group to try and save the site, with dozens recounting life-changing memories of their time there.

Others have taken Mr Grylls to task on Twitter over the closure.

One Tweeted: ‘Bear, I have been made aware today of plans to sell Downe Scout Activity Camp near Biggin Hill.

Robert Baden-Powell, 1st Baron Baden-Powell, was a British Army officer who made his name during the defence of Mafeking but became known to history as the founder of the Scouts.

Inspired by watching young men conduct themselves with courage and fortitude at Mafeking, he realised boys had huge potential that was often left untapped, and decided to re-write a handbook for soldiers for a younger audience.

His ambition was reflected in one of his many notable quotes: ‘One step towards happiness is to make yourself healthy and strong while you are a boy, so that you can be useful and so you can enjoy life when you are a man.’

He ran a trial scout camp on Brownsea Island near Poole in 1907 which proved a huge success and was seen as the beginning of scouting.

A year later he used experiences from the trial to help write Scouting for Boys a year later – the seminal work of the movement filled with instructions for activities and skills.

The idea was astonishingly popular and scout troops soon popped up across the world. By 1910, scouting had almost 108,000 participants, of which more than 100,000 were young people.

As the movement grew internationally, the association was able to buy several sites across the country and later the world, and now totals 900.

Baden-Powell eventually retired at the 5th World Scout Jamboree in 1937, living out his last years in Nyeri, Kenya.

He died in 1941, and his gravesite has become a national monument.

‘This is to ease major financial pressure on the scouting movement. The government needs to do more to help.

‘Downe is a wonderful place and I have stayed there as a parent helper many times.

‘The loss of this facility will be a travesty for Cubs and Scouts in the whole of the southern counties and other parts of the country.

‘Any more that you can do to pressure government would be much appreciated.’

Grylls recently signed a joint letter with several other public figures voicing their concern that youth services are being starved of funding at the very time when investment in young people has never been needed more.

Liz Chick added: ‘Spent so many happy times at Downe Scout camp as a Guide, Guide leader, Venture Scout, and Scout leader over the years.

‘Friendships made which I know will last my lifetime. So hope it can be saved for future generations.’

Some have even suggested crowdfunding the site in a bid to save it, despite a rumoured price tag of £2m.

A spokesman for the Scouts said: ‘Our Board of Trustees has agreed it will look for potential buyers of Downe Scout Activity Centre.

‘Like all charities the Scouts is facing severe financial difficulty with a drastic downturn in our income at a national level since March.

‘This is because of a massive drop in commercial activity. Centrally we have made use of the job retention scheme and have made many difficult decisions such as cutting services and making redundancies.

‘The money and savings from the asset sales and staff cuts will enable us to replenish our reserves and invest in the things that support volunteers’ most: programme, safeguarding, safety.

‘It can stabilise finances long term. We will consult with members about the priorities for how we allocate the money from property sales.’

A Culture Department spokesman said: ‘Youth groups are vitally important to young people and the communities they serve, and we are doing everything we can to support them.

‘The Scouts has received more than £1million in dedicated support from our coronavirus charities fund, as well as benefiting from wider government financial support schemes.

‘Uniformed youth groups will be able to benefit further from the £16.5m package we are launching specifically for youth organisations across the country.’