Even at the best of times it can’t be easy running an elite sports team. Now, though, administrators have to contend with yet another headache: players demanding to be consulted over the choice of sponsor to ensure, as they say, “their values are in alignment”.

Last week, one of the players on the Diamonds national netball team, Donnell Wallam, objected to wearing a uniform that bore the logo of mining giant Hancock Prospecting, throwing into doubt a $15 million sponsorship deal. 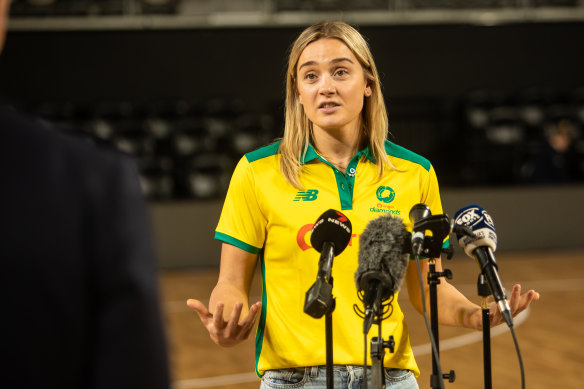 On Saturday, Hancock Prospecting announced it had withdrawn its four-year sponsorship deal with Netball Australia, just a day out from the Diamonds’ Constellation Cup decider against the Silver Ferns, saying it did not wish to add to the sport’s “disunity problems”.

While Wallam, a Noongar woman from Perth, has not spoken publicly on the matter, it is understood she felt uncomfortable promoting a company founded by the late Lang Hancock, who had notably racist views. Wallam’s team-mates also chose to boycott the new uniform in a show of solidarity.

Also last week, the captain of Australia’s men’s cricket team, Pat Cummins, also came out and said he would no longer appear in advertising for team sponsor Alinta Energy because its parent company is one of Australia’s biggest emitters of carbon. “I think the most obvious, front-of-mind things you can see is who we partner with,” Cummins told this masthead. “So I hope that when we think of who we want to align with, who we want to invite into being part of cricket, I hope climate is a real priority.”

Kerfuffles ensued. Cash-strapped netball tried valiantly to hose down rumours of a dispute, with Hancock Prospecting saying its $15 million partnership would go ahead, “assuming Netball Australia is able to reach agreement with relevant parties”. Cummins came under attack for, variously, appearing in Alinta ads in the past and reportedly driving a Range Rover and flying carbon-hypocritical first class. But sports administrators around the country were left in no doubt: this is the dawn of a new and, for them, undoubtedly painful era.

Athletes have taken a stand since chariot drivers clashed with Emperor Justinian at the Constantinople races in 532 A.D, provoking mass riots and a brutal crackdown. More recently, of course, there was the Black Power salute at the 1968 Olympics, the boycott of Apartheid-era South Africa and taking the knee for #BlackLivesMatter. There have even been rare examples of athletes speaking out against their own paymasters, notably a campaign in 2019 by several Nike-sponsored US Olympians to secure pregnancy protections, which succeeded.

But for players to now say that they will not support team sponsors — and thus threaten funding — unless the sponsors’ behaviour in the community aligns with their own personal ethics is a development that will take quite some unpicking. Particularly as a large amount of sports funding comes from organisations whose motivation regarding sponsorship is chiefly to burnish their reputations, a term known as “sports washing”, and whose behaviours are very likely to be in conflict with this new brand of activist-athlete.

(Saudi Arabia being the most egregious example, sponsoring a rebel golf competition in the naive hope it will magically make the rest of the world overlook the kingdom’s endemic corruption, contribution to global warming, appalling treatment of women and minorities and murder of Saudi journalist Jamal Khashoggi.)

While some argue that players should mindlessly stick to the game, do as they are told, and stay out of politics, it is reasonable that the people who wear the sponsors’ logos on their bodies, who bring the glamour and pizzazz that creates that positive association between fan and sponsor, get some say in the matter.

How this works in practice, of course, will be complex. Does management now have to sign off sponsorship deals with players first? Is there an in-house ethics committee examining every sponsor’s backstory? Could turning down sponsors deemed ethically inappropriate lead to financial collapse and no team at all? Might a team sack a handful of activist players to “save” the rest?

Conversely, though, a team that unites behind supportive management may be able to put pressure on, say, an energy sponsor to commit to climate targets, or winkle out sponsorship from other more acceptable avenues (looking at you, Greenpeace!). Said cricketer Adam Zampa, post-Cummins: “I think there’s going to be a collaborative approach between the players and [Cricket Australia] and sponsors.”

And compromise is possible. As we reported last week, a pay deal between the Australian Cricketers Association and Cricket Australia allows for players to decline to endorse certain brands on “reasonable personal or reasonable professional grounds”. Work out the details, in other words, and if sport can be a force for good rather than a conduit for not-so-good in this new ethical landscape, there is much to support here.

Michael Bachelard sends an exclusive newsletter to subscribers each week. Sign up to receive his Note from the Editor.