Fret not, even Taylor Swift hates some things about herself sometimes.

The superstar singer unveiled another song title from her upcoming “Midnights” album at, naturally, midnight Monday, but added a twist – a “behind the song” snippet.

Posting on Instagram, Swift divulged that the third track, “Anti-Hero,” is one of her favorite songs she’s ever written because of how it delves into the details of her insecurities.

“I struggle a lot with the idea that my life has become unmanageably sized and I struggle with the idea of not feeling like a person,” she says, before adding the self-aware move of mock crying and joking, “Don’t feel bad for me.”

But, Swift continues, “This song really is a real guided tour throughout all of the things I tend to hate about myself. We all hate things about ourselves. It’s all of those aspects of the things we dislike and like about ourselves that we have to come to terms with if we’re going to be this person. I think it’s really honest.”

She gave fans additional insight into lead track “Lavender Haze” as well, explaining in an Instagram video that she learned via “Mad Men” that the ’50s-era phrase meant “you were in an all-encompassing love glow.”

Swift also made a rare comment about her own romantic life, noting that “during my six-year relationship, we’ve had to dodge weird rumors and tabloid stuff and we just ignore it…the song is about the act of ignoring that stuff to protect the real stuff.”

“Midnights” snacks: What we know so far about Taylor Swift’s upcoming album

In keeping with the ‘70s-inspired feel of some of the visuals from “Midnights,” Swift, sitting on a blue vinyl chair, is clad in mustard yellow corduroys to match the hue of the drapes hanging behind her.

Swift has dribbled out details of her impending 10th studio album, set for release Oct. 21. “Midnights,” she’s shared, is a concept album featuring “stories of 13 sleepless nights scattered throughout my life.” Swift has said the album is dedicated to “all of us who have tossed and turned and decided to keep the lanterns lit and go searching.” 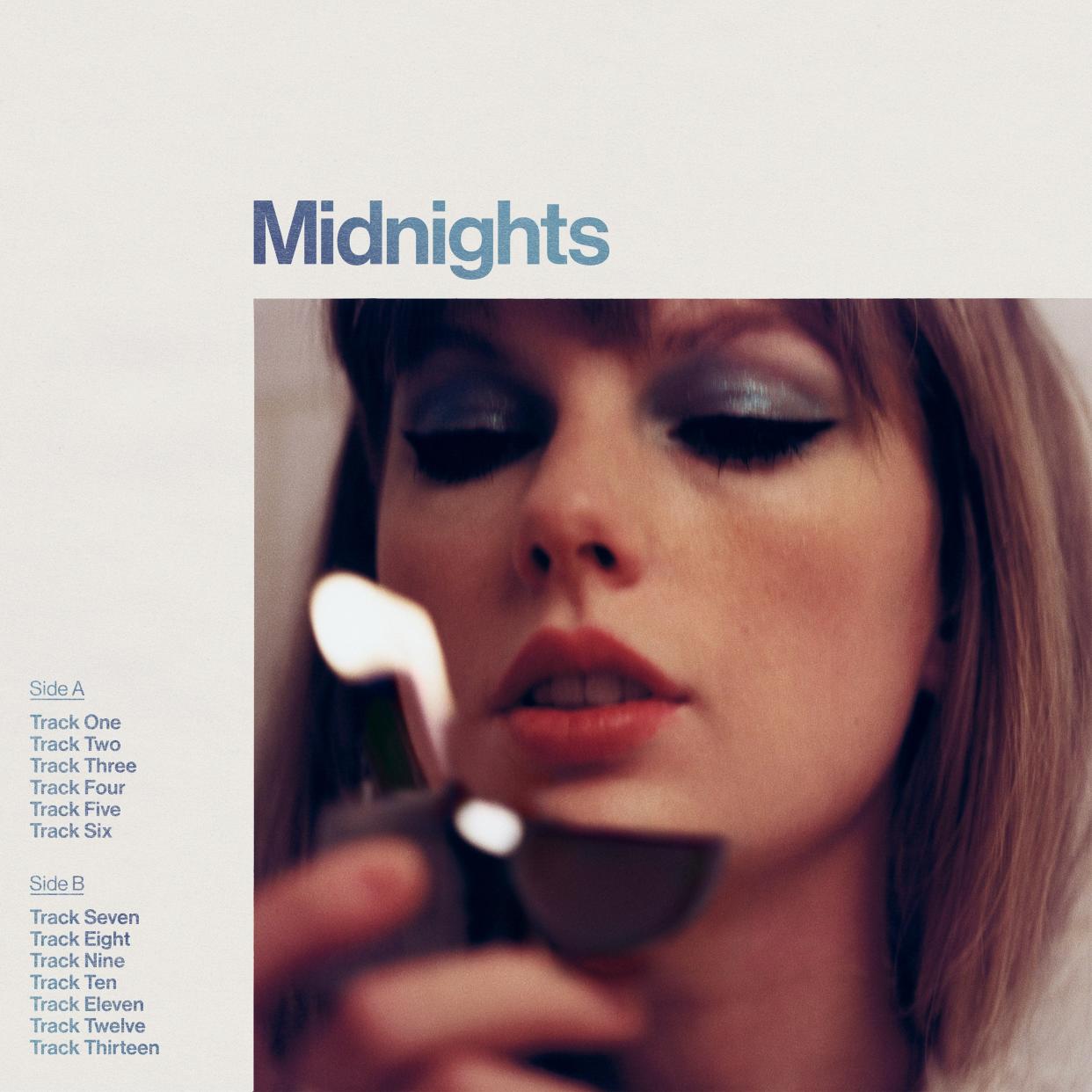 In recent weeks, Swift has engaged in a sporadic TikTok series she dubbed “Midnights Mayhem with Me.” In the videos, Swift cranks a lottery ball machine until a numbered sphere – to correspond with an album track – drops out and she speaks the title into a red phone receiver.

In addition to four CD editions and a cassette, four vinyl versions of “Midnights” will be offered in limited-edition color variants: jade green, mahogany, moonstone blue and “blood moon” (aka orange marbled).

The back of each album cover includes a sector of a dial which, when arranged in a square, forms a clock.

‘Taylor Swift is The Beatles of her generation’:So says Piano Man Billy Joel