AND they said that Tokyo 2020 was going to be a damp squib.

Even if you are not interested in the Olympics, you’d have to be living in an underground bunker not to have noticed that Team GB are having a pretty stonking year. 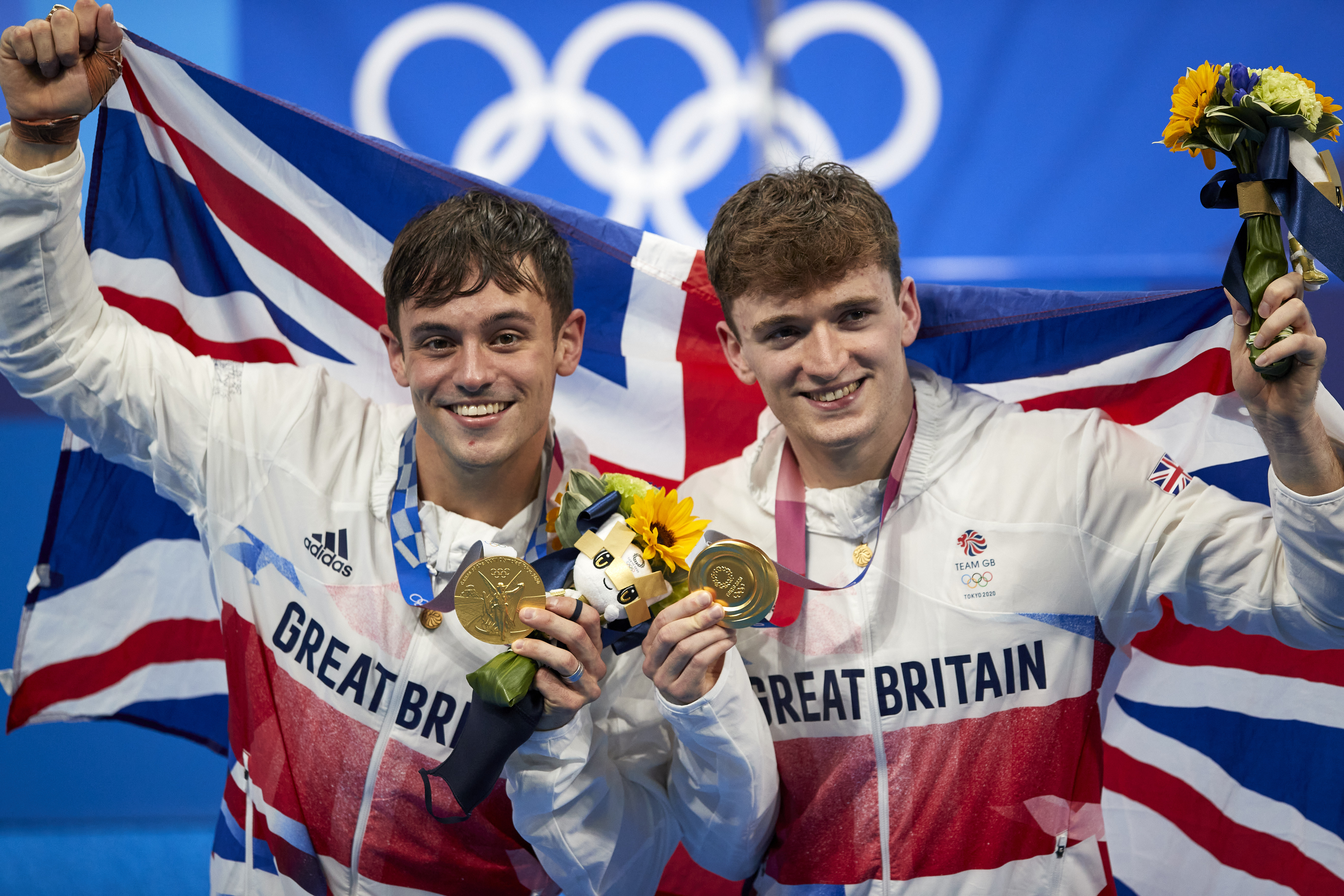 Perhaps the low expectations have made things all the better. Even though the Olympics had to go ahead without a live audience, it was ­definitely the right thing to proceed.

The athletes have waited five years already. If the Games had been cancelled, it would be another three years until the next Olympics and they would likely have missed their chance.

This year, Team GB is represented by its largest ever delegation for an Olympic Games on foreign soil, with 376 athletes competing across 26 sports.

And for the first time in its 125-year history, Team GB has also taken more women than men to a summer Olympic Games — 201 females and 175 males.

There are so many brilliant athletes. Like Adam Peaty, who became the first British swimmer to defend an Olympic title when he retained his 100m breaststroke crown.

And then of course there are Tom Daley and Matty Lee, who won gold in the synchronised 10m platform. Lee was making his Olympic debut while Daley is a veteran who had his first Olympic experience 13 years ago.

I love so much about these two — the fact Daley is Lee’s idol, Daley’s prouder than proud speech after they won, and the fact he has kept himself grounded through his love of knitting.

There have been heroic comebacks, and records beaten, too.

He was also part of the men’s 4x200m freestyle relay team and claimed his second gold of the Games — the first British male swimmer to do so since 1908.

The ecstatic celebrations by his family, who were watching the first race together back in Maidenhead at roughly 3am, were heart-warming to see.

The family of athletes are a crucial part of their support team, the swan’s feet below the surface of the water which have helped to propel them to the ­Olympics.

I cannot imagine how frustrating it is for these families not to be able to be there for one of the proudest moments of their relatives’ lives.

Charlotte Dujardin has won a place in the history books as the most decorated British female Olympian of all time, ­winning a bronze in the individual ­dressage — her sixth Olympic medal.

What about mountain biker champ Tom Pidcock and our BMX riders Bethany Shriever and Kye Whyte who took gold and silver respectively, with the latter celebrating his teammate’s victory just as much as his own medal.

ICING ON THE CAKE

Gold medals are the icing on the cake but, really, just being there in Tokyo makes them all winners.

See Helen Glover and her brilliant message to her kids. Glover took five years out of rowing to have three kids and had a surprise comeback after hitting the rowing machine over lockdown.

Last week when she came fourth, missing out on a medal, her speech afterwards to her children was so inspiring.

She said: “Trying and failing is not a problem, as long as you try.” What a powerful message.

These performances are remarkable and impressive, but all the more so this year.

Because somehow, despite the many and various challenges of Covid and throughout the darkest days of lockdown, these athletes managed to keep their motivation and discipline going to train. And lonely training it must have been too.

Congrats, Team GB — let’s throw you the biggest party when you get home.

One side-effect of the lack of public sporting events over the past couple of years is that a lot of these athletes have been more under the radar than they otherwise would have been.

As a result, many members of Team GB appear to be emerging like butterflies.

But to have worked that hard, and been that dedicated means they really are ­living up to the Greek god associations of what it is to be an Olympian.

The Olympics plus the Euros means this has been a great year of home-grown sporting achievement — after the worst year or two ever. What a brilliant reminder of the power of sport to lift and unite the ­country like nothing else.

Sport has brought us all together in 2021 — reminding us that taking part really does count for a lot and you do not necessarily have to win.

Having the best represent our nation makes us all so proud. Congrats, Team GB — let’s throw you the biggest party when you get home.

Why I relished Kim’s car dash for a burger

I FELT distinctly reassured by the pictures of Kim Kardashian scoffing a burger from the American fast-food chain Jack In The Box the other day.

On the one hand, it’s nice to know that even Kim gives in to the craving for a burger now and then. 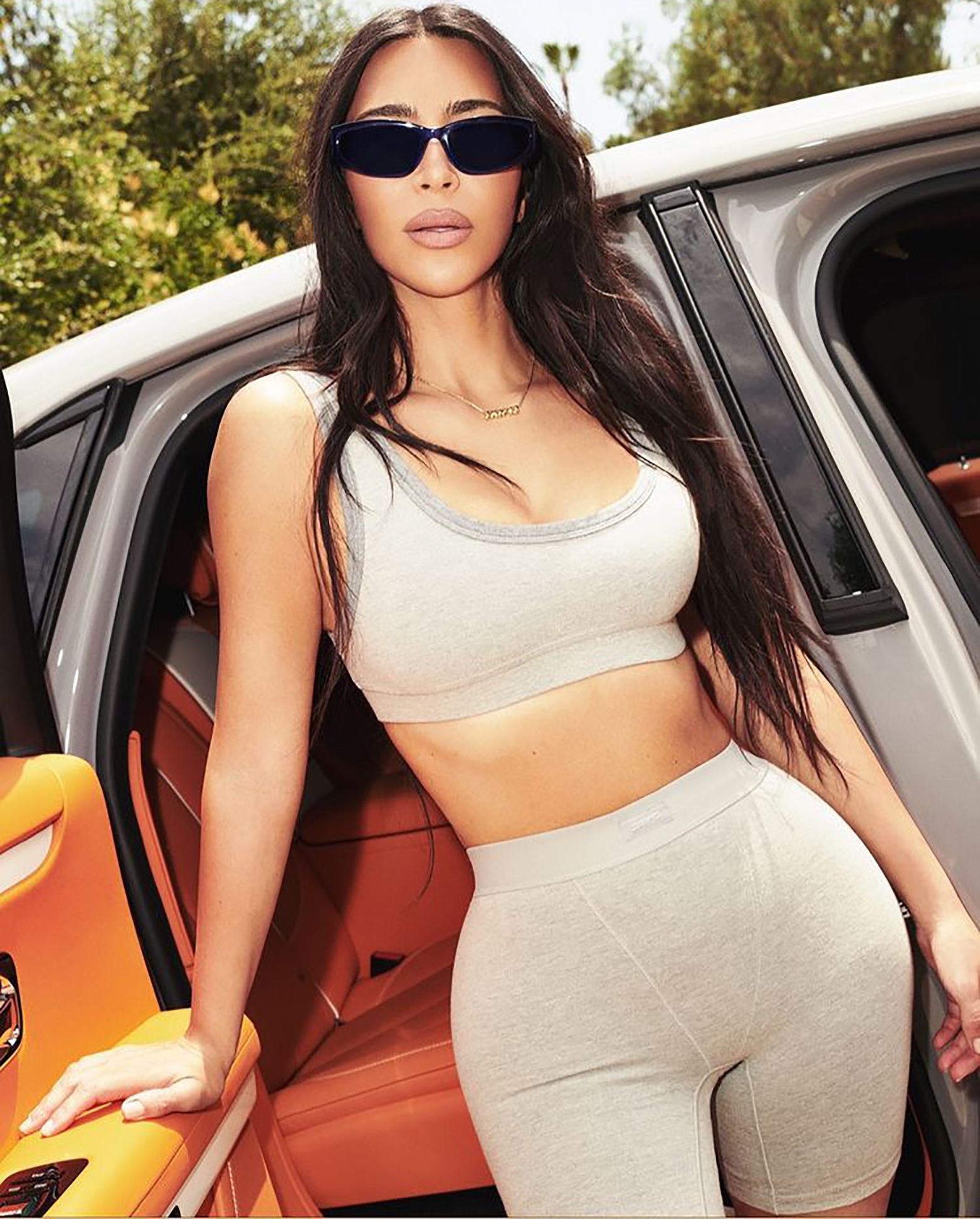 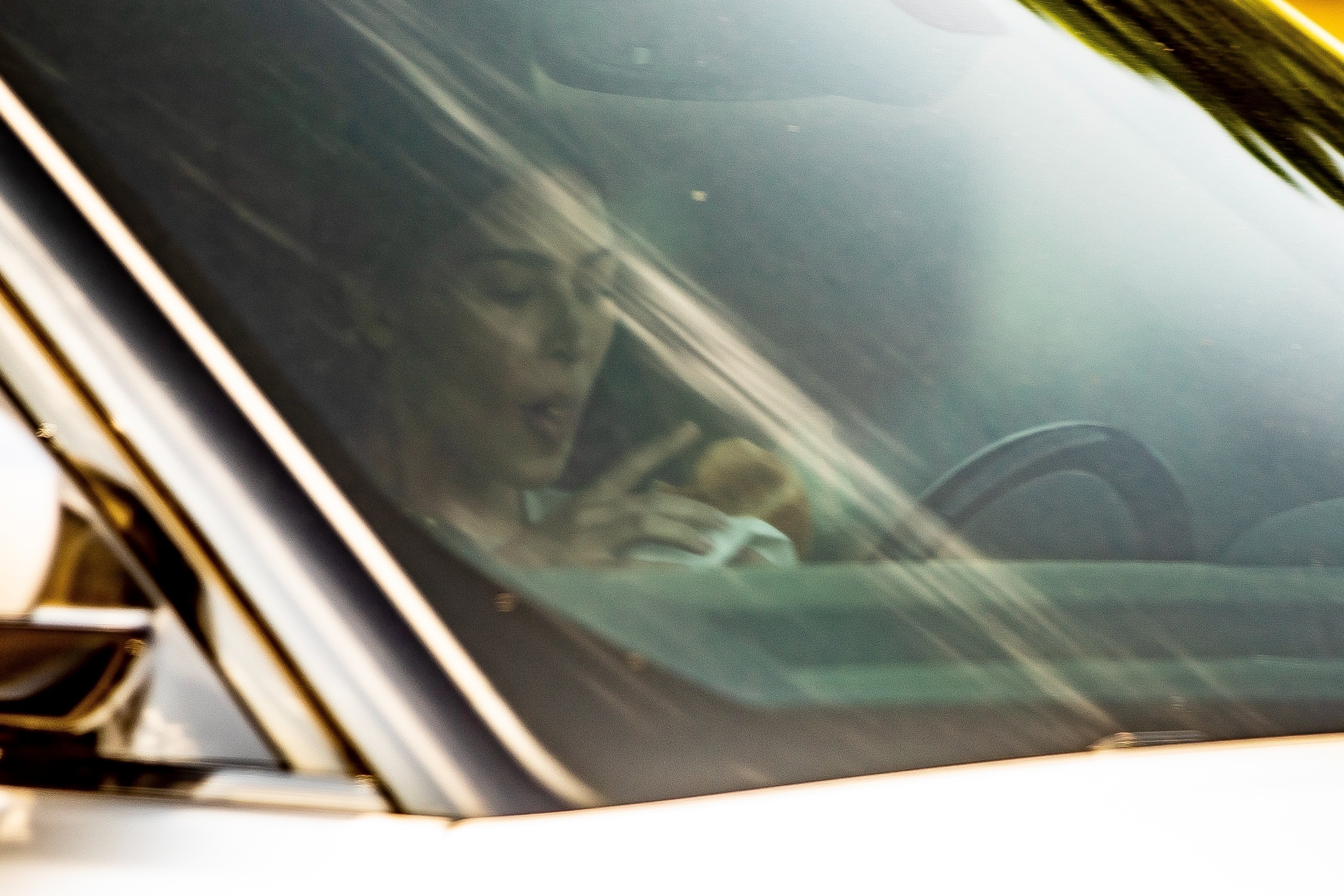 On the other, imagine being so famous that even your moments of weakness are caught on camera and distributed around the world.

Who would want to be that famous? Not me.

Thank goodness no one cares whether I eat one or not.

A HILL OF A WASTE

I’M sorry, but I am not quite buying the defence from the Dutch architects who created the Marble Arch Mound that Londoners need to “give nature time”.

The firm, MVRDV, blamed the “challenging weather” and how “unpredictable” it is working with plants and trees for how the new feature looks. And it assured the public “it will get better”. 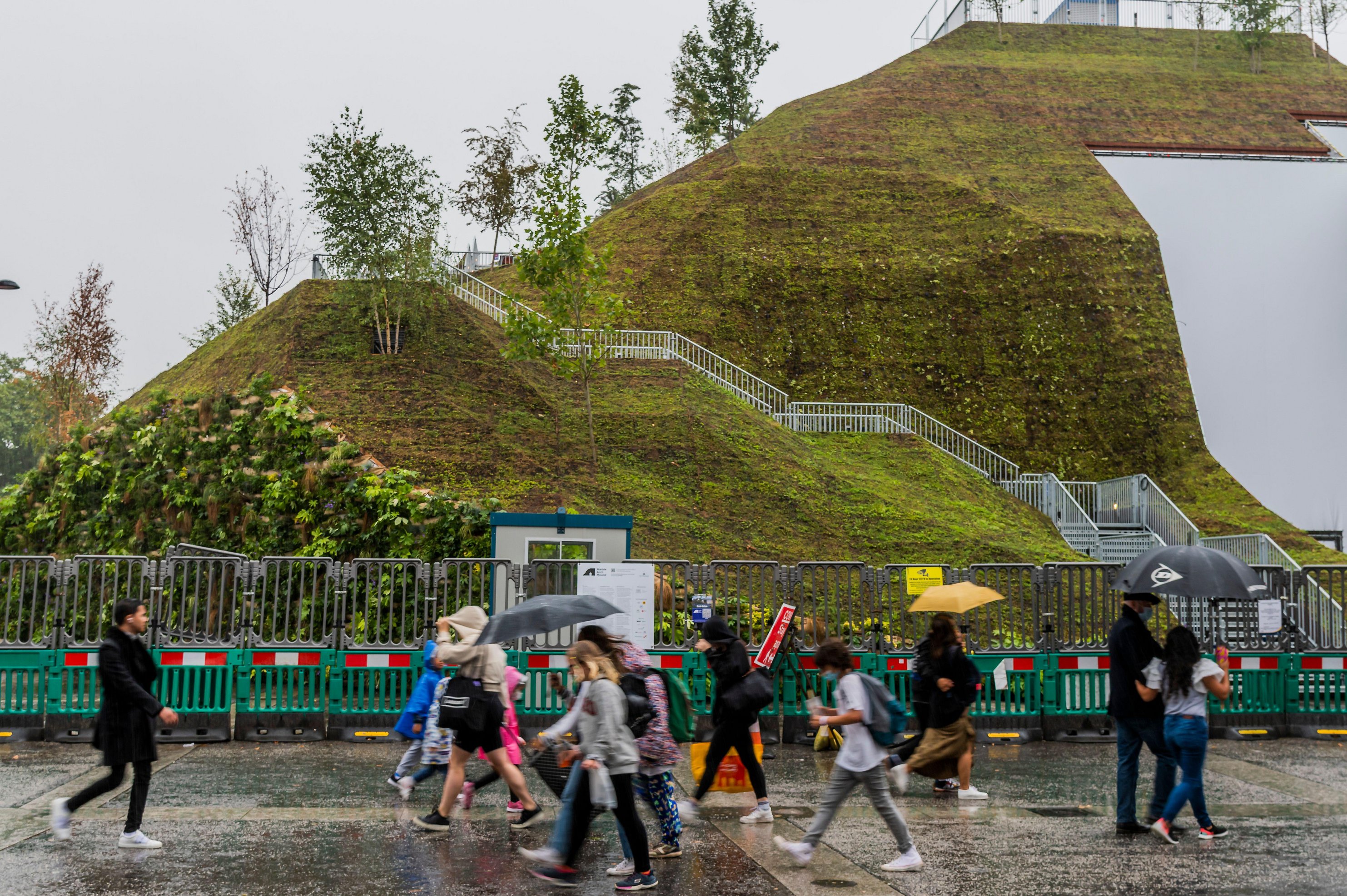 But I am not surprised the mound – which cost £2million – was shut after just two days, and mocked for being a “slag heap” and “the worst attraction in London”.

Having walked past it, I cannot see the point of it.

Attractions are meant to be attractive – this isn’t.

What a waste of money.

SCORN IN THE USA

I CAN’T actually believe that Bruce Springsteen is turning down a chance to have a rest stop along the New Jersey Turnpike named after him.

The man is a native of Long Branch, New Jersey, and one of the Garden State’s most famous sons. 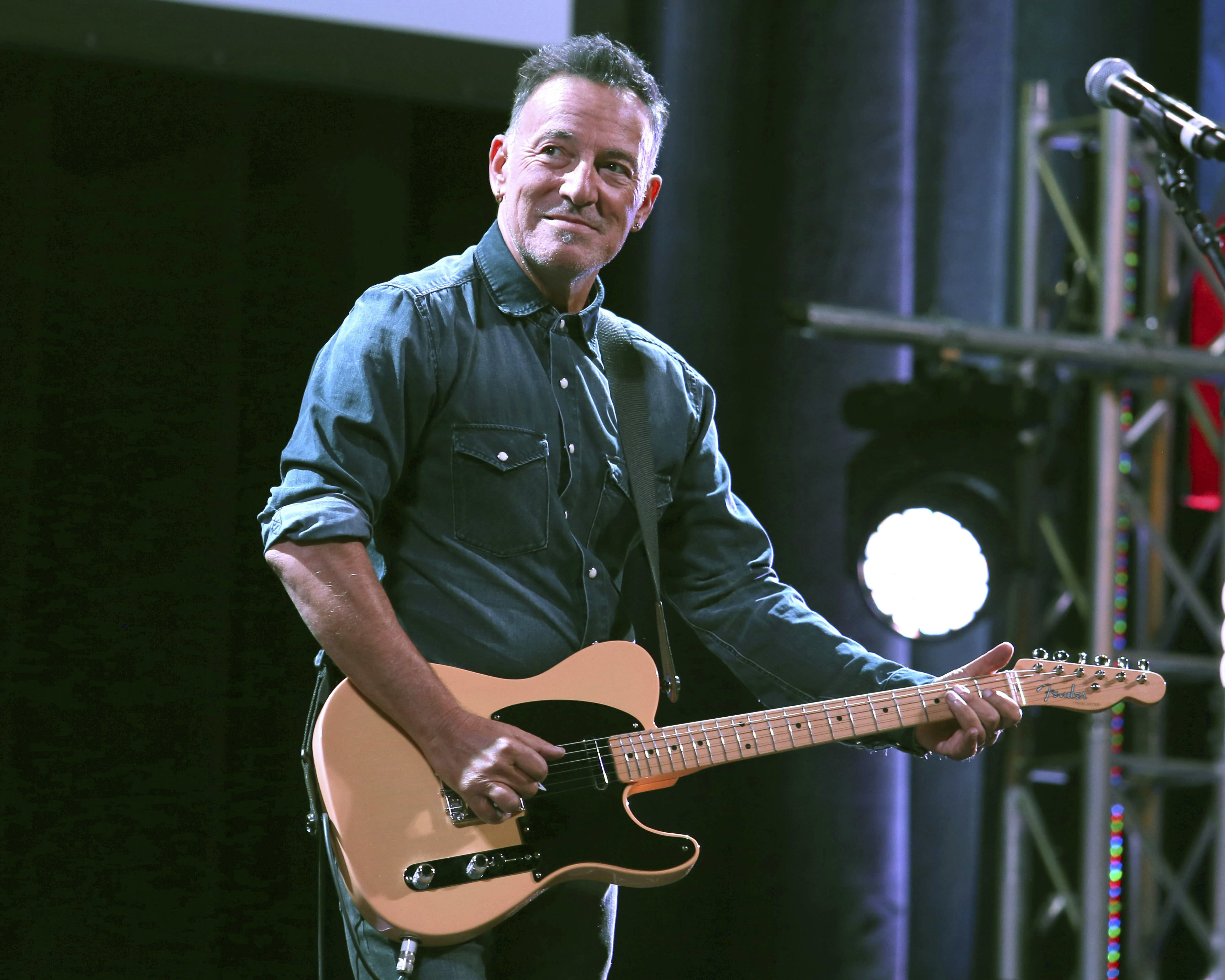 But he’s too good to have a rest stop named after him – even though there are ones for Jon Bon Jovi, James Gandolfini and Frank Sinatra.

Sorry, but this makes him out to be a bit of a snob.

By the way, I was contacted a few years ago to be told that I have an Eddie Stobart lorry named after me.

And, honestly? I was thrilled.

IF you want to be a political journalist then do not head to Russia.

There, police have arrested the chief editor of an investigative news site and seized his laptop, phone and passport.

Roman Dobrokhotov, who works for The Insider – the site that revealed the identities of the Salisbury poisoners – was detained and taken for interrogation following a police raid on Wednesday.

It is the latest move by authorities to put pressure on independent media before the country’s September parliamentary election.

The Russian constitution provides for freedom of speech and a free press.

But not, it appears, when there is an election coming up.

THE memorial in honour of police officers and staff killed in the line of duty is a reminder that we should pause and thank them for all they do.

The monument, depicting falling leaves, was unveiled by Prince Charles this week.

He paid tribute to the “valour and sacrifice of those who have laid down their lives to keep us safe” and he could not have put it better.

The police are the ones that run towards danger, and they have no idea what they will face at work from one day to the next.

Hang your heads in shame, HBO

THE Royal Family is the subject of Family Guy-style animation in HBO Max’s The Prince.

From the clips I have seen, it is offensive drivel. It’s not funny. In fact, the way it portrays the lovely little Prince George is disgraceful.