Team GB has moved up to fourth in the medal table after securing two more golds at the Tokyo Olympics.

Hannah Mills and Eilidh McIntyre dominated in the Enoshima Yacht Harbour, winning a sailing gold in the women’s 470 class.

Meanwhile, Ben Maher endured a tense jump-off against five other riders to win gold in the individual showjumping.

The 38-year-old from Enfield put on an impressive performance to triumph over silver medallist Peder Fredricson, of Sweden, by 17 hundredths of a second. Holland’s Maikel van der Vleuten took bronze. 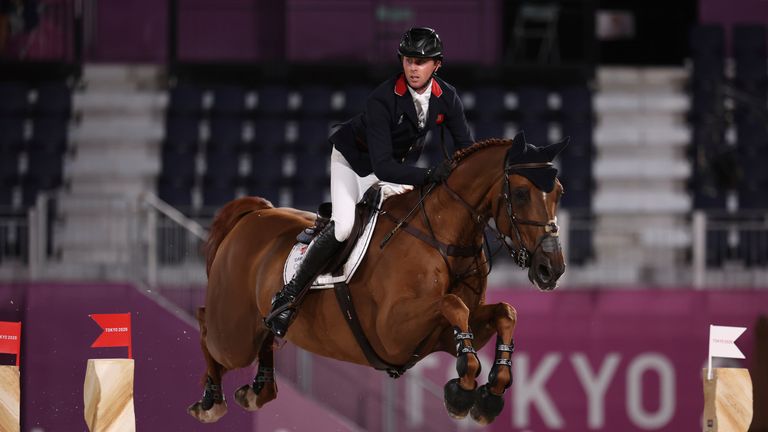 Maher said: “It doesn’t seem real. I think it will sink in tonight or tomorrow morning.

“Let’s just say there has been a lot of pressure in the last couple of weeks. I am biased, but I believe I am on the best horse – he is an incredible horse.

“I am relieved it is done, and I am very happy right now.”

It takes Great Britain’s gold tally to 15, putting Team GB fourth behind China, the United States and Japan in the overall medal table.

GB has also won 18 silvers and 15 bronze medals bringing the total tally to 48. Mills, 33, became Britain’s most successful female Olympic sailor ever – adding her women’s 470 class gold medal to her gold in Rio and silver at London 2012.

However, Cardiff-born Mills and 27-year-old McIntyre – who made her debut at the Tokyo Games – faced a nervous wait for their gold medal to be confirmed after France lodged a protest against Great Britain on completion of the race.

Mills and McIntyre had dominated the regatta at the Enoshima Yacht Harbour, winning two races and only twice finishing outside the top four, and they went into the medal race with a 14-point lead.

That meant they only needed to finish in the top seven to clinch gold and they were never in any danger, crossing the line comfortably in fifth. The protest was dismissed by a jury which confirmed GB in the top spot, followed by Poland in silver medal position and France taking bronze.

Mills told the BBC: “It’s massive. It’s been one of the hardest weeks of my life. I’m sure for Eilidh as well. Just every day feeling sick, not being able to eat, just nerves building up and the emotion of ‘we’ve done it’, so we’ve done what we came here to do.”

McIntyre follows in the footsteps of her father Mike – a gold medallist in the Star class at the Seoul Games in 1988.

She said: “I’ve wanted this my entire life, with my dad’s (gold medal) – it’s such an amazing feeling and I can’t wait to have it.”

The pair built on Team GB’s sailing success seen on the waters of Enoshima on Tuesday when Dylan Fletcher and Stuart Bithell won gold in the 49ers, quickly followed by Giles Scott who took the Olympic title in the Finn class.

He added his gold to the team equestrian gold he won at London 2012 alongside Skelton, Scott Brash and Peter Charles. 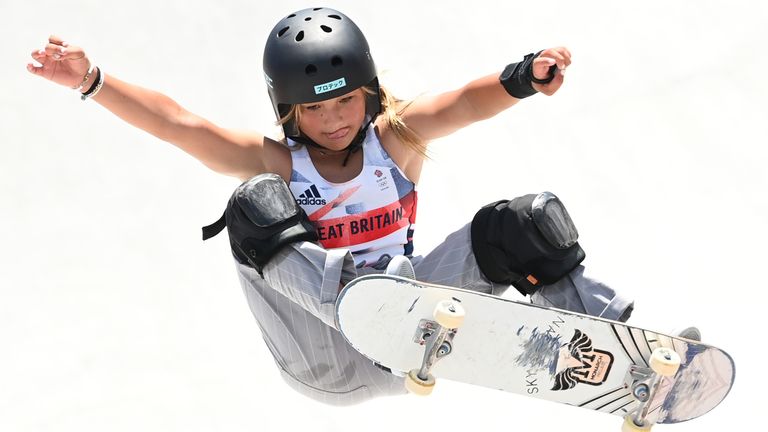 Elsewhere, Britain upped its medal haul with podium places in boxing and skateboarding. 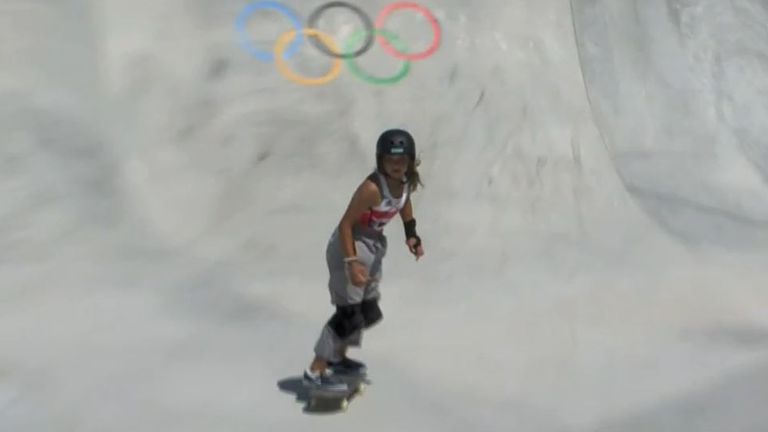 The 24-year-old from Wolverhampton lost to Cuba’s Arlen Lopez in the gold medal 81kg final at Tokyo 2020.

And Briton Frazer Clarke, 29, secured a bronze medal after losing to Bakhodir Jalolov of Uzbekistan in the semi-finals of the men’s super heavyweight boxing. There was disappointment though in the athletics.

Katarina Johnson-Thompson withdrew from the women’s heptathlon after suffering an injury to her right calf during the 200 metres.