A 15-year-old also died in blazes in Lebanon, which have spread northwards into Syria.

According to Turkish agriculture and forestry minister Bekir Pakdemirli, a total of 53 forest fires were recorded on Wednesday and Thursday in the Mediterranean and southern Aegean regions. 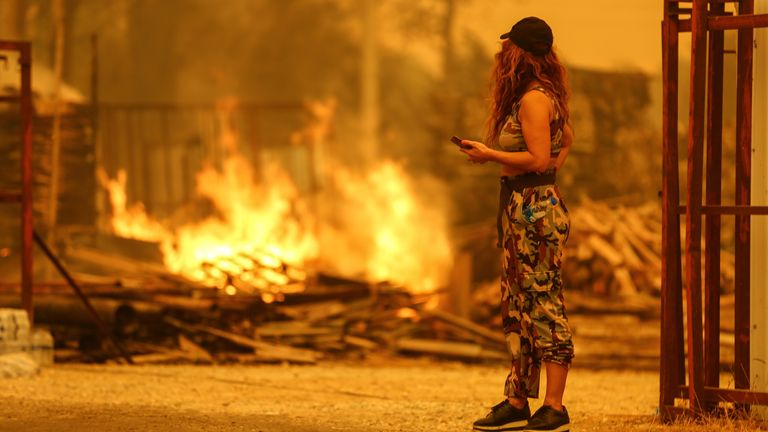 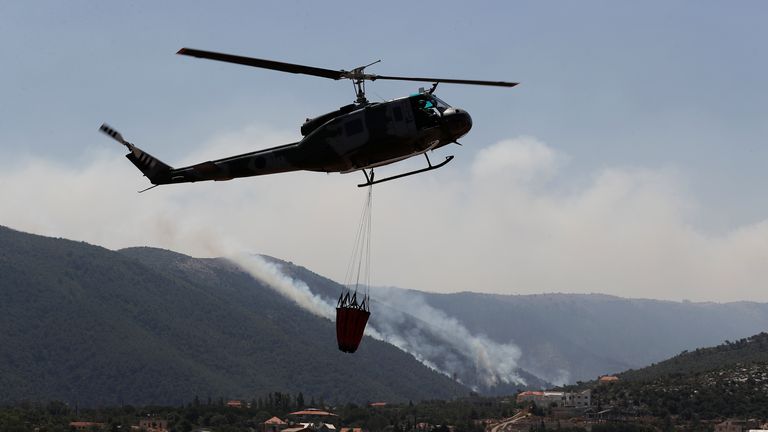 He said that most of them had now been brought under control.

An 82-year-old man was among the three who died in Antalya after flames tore through the district of Akseki, 30 miles north Manavgat, on Turkey‘s southern coast, opposite Cyprus.

Around 20 villages and neighbourhoods were evacuated, and 50 people were taken to hospital.

Another 16 locations in Turkey had fires, including holiday destinations such as Guvercinlik and the Icmeler region. 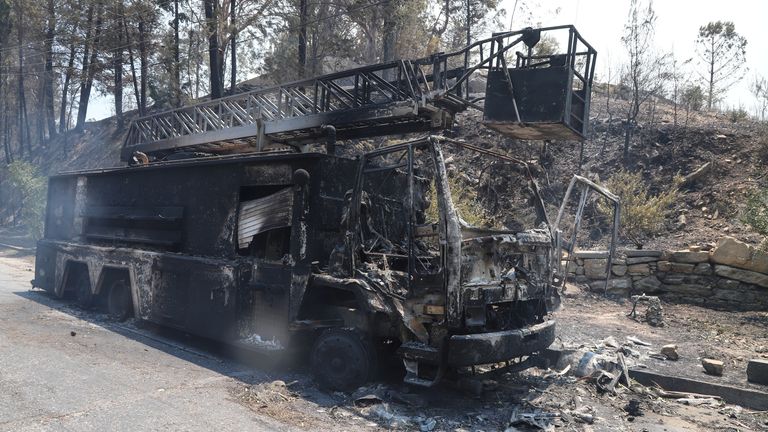 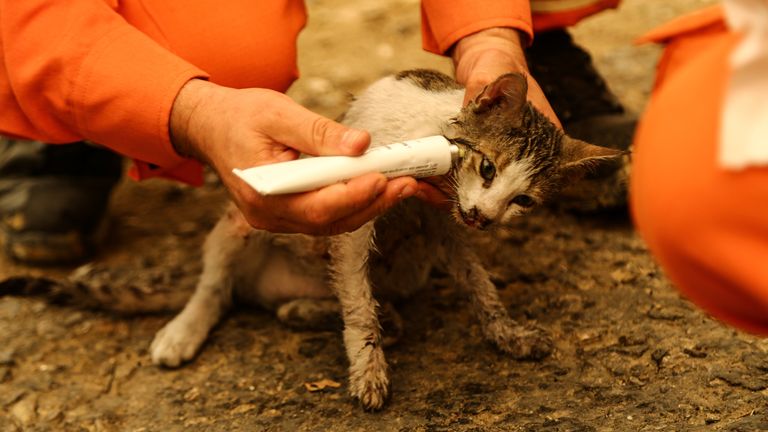 While the origin of the blazes is being investigated, the hot and dry conditions in the area will not have helped the situation.

Mehmet Oktay, the mayor of Marmaris, said he could not rule out “sabotage”.

Fahrettin Altun, from the Turkish president’s office, said: “Comprehensive investigations were … launched into the cause of the fires.

“Those responsible will have to account for the attacks against nature and forests.”

In order to fight the blazes, three planes, 38 helicopters and 4,000 firefighters were deployed. 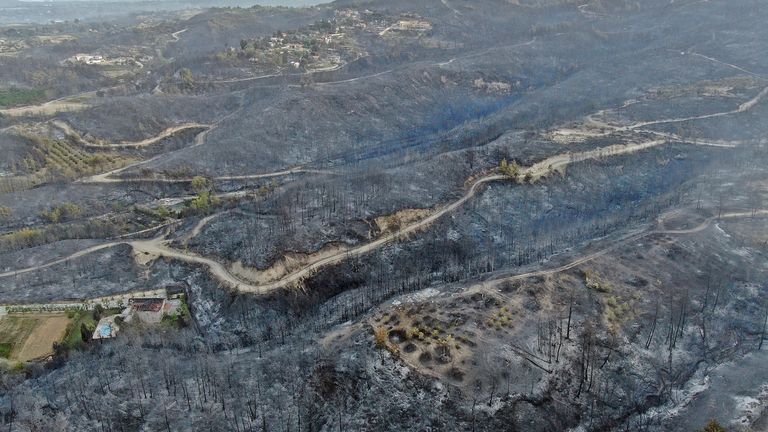 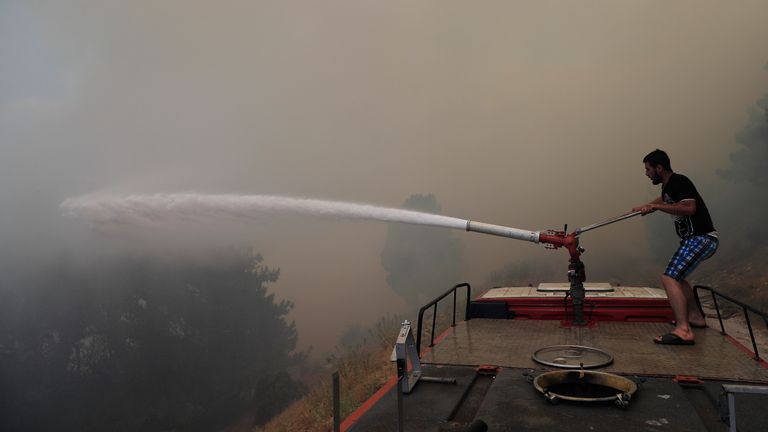 In Lebanon, at least 25 fire engines, supported by four air force helicopters and military units, were battling the flames.

Large swathes of the country’s forests have burned, with Lebanon’s Red Cross stating it had evacuated 17 people and treated more than 30, including eight who have been hospitalised. 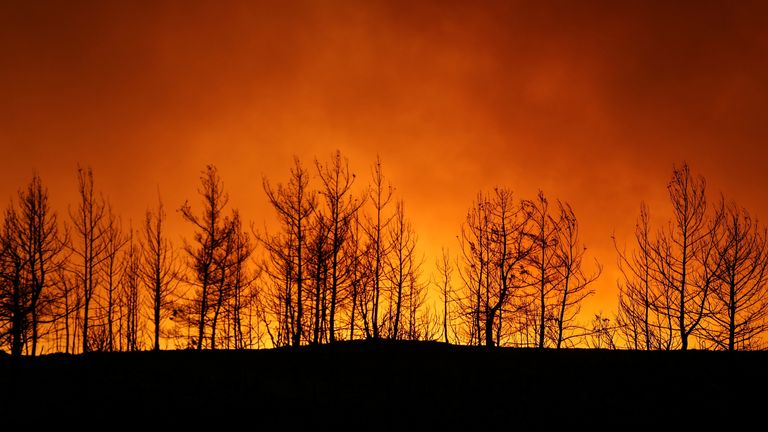 “There are lots of damages. Lots of losses,” said Omar Massoud, the mayor of Andaqt village.

He estimated that around 500 acres of pine and oak forests had been destroyed. 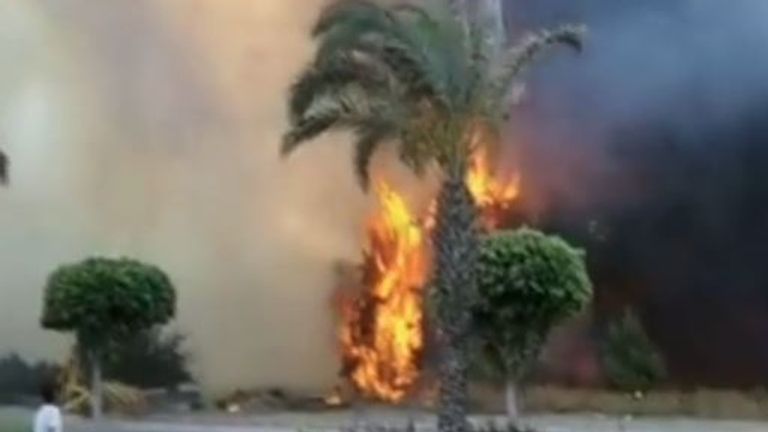 “As you see, the weather and the wind … even with the helicopters of the Lebanese army, they are not able to control the fire,” he told the Associated Press.

State-owned National News Agency said the fires have spread across four miles, and were 1.2 miles wide, and that tens of thousands of pine trees had gone up in smoke.

The country previously battled devastating wildfires in 2019, with the government’s poor handling of the matter among the reasons which fuelled country-wide protests.

Subscribe to ClimateCast on Spotify, Apple Podcasts, or Spreaker

This year’s fires started on Wednesday and have since spread to the Homs region of Syria.

Lebanon has called for assistance from Cyprus, which earlier this month suffered its worst fires in decades.

The Mediterranean is not the only part of the world to battle fires this summer in the northern hemisphere.

Siberia is battling blazes in its forests, amplified by a dry climate. 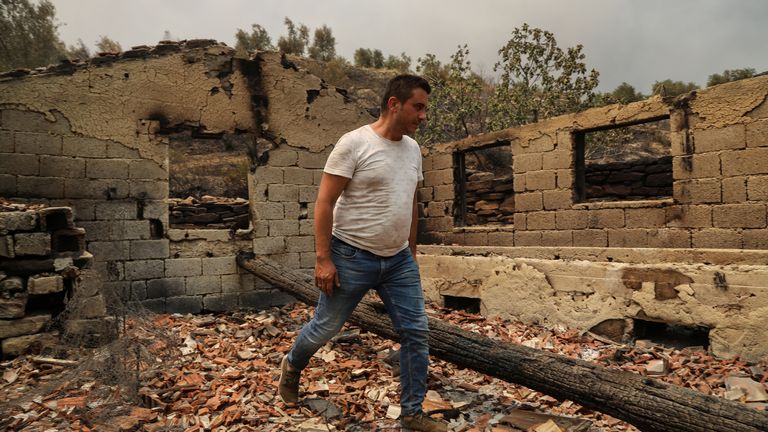 A town in Canada was destroyed after a forest fire swept through in just a few hours.

And the west coast of the United States looks set for another torrid fire season, with fires engulfing parts of California and Oregon.