TWITCH star Adin Ross was allegedly arrested by fake cops and had a "Swat team bust his live stream" after his one-day ban from the platform.

Adin — who is known for playing Grand Theft Auto: Online RP,being an NBA 2K streamer, and once interacting with LeBron James — appeared to have a rough day on Saturday as police swarmed into his live stream, according to reports. 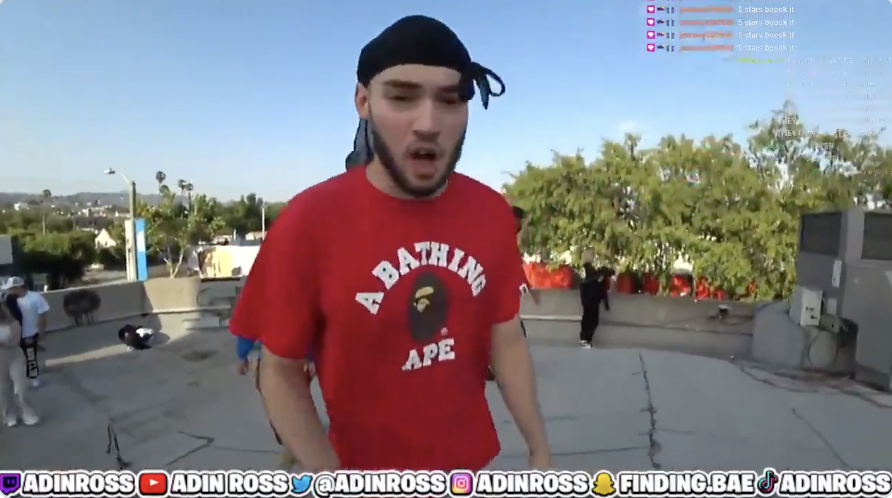 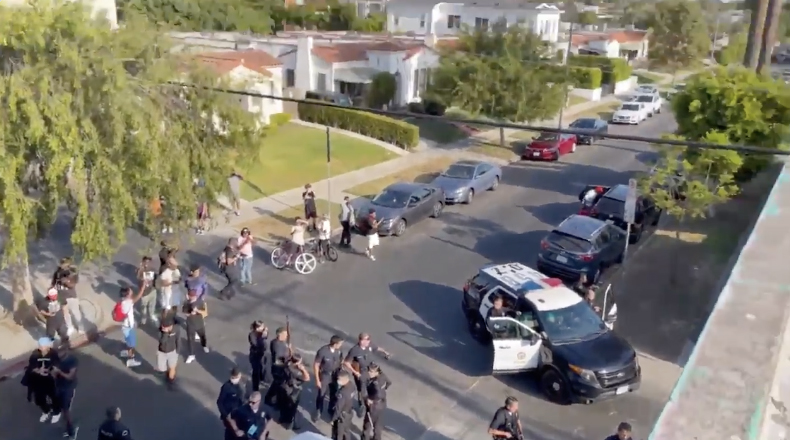 An aerial reporter for iHeartNews, Malik Earnest, took to Twitter on Saturday to share footage from the scene.

He wrote: "Quite the scene at an @adinross pop up at Cookies N’ Kicks in Los Angeles.

"Apparently someone made a false report that Adin was armed, a harassment technique called 'swatting,' most often perpetrated by members of the online gaming community."

The reporter shared another video of Adin being handcuffed by what many are calling "paid actors."

"Two men dressed as officers came into @cookiesnkicks and placed Adin and his security in handcuffs," he tweeted alongside the footage of Adin near a wall of sneakers.

"Many of us inside the store were very confused as to who exactly these men were. Social media reports that the two gentleman are paid actors."

He wrote: "Adin Ross, fresh off a condensed Twitch suspension for distracted driving, allegedly has an LAPD Helicopter and SWAT team show up due to his stream.

"I'm guessing someone swatted him. L Nerd to that person/people."

Bussey then slammed "people who Swat people" as the "lowest of the low."

"It's not funny. It's not entertaining. And your actions could one day result in literal harm coming to innocent people. And if your goal is to damage Adin in some way, all these things do is promote him." 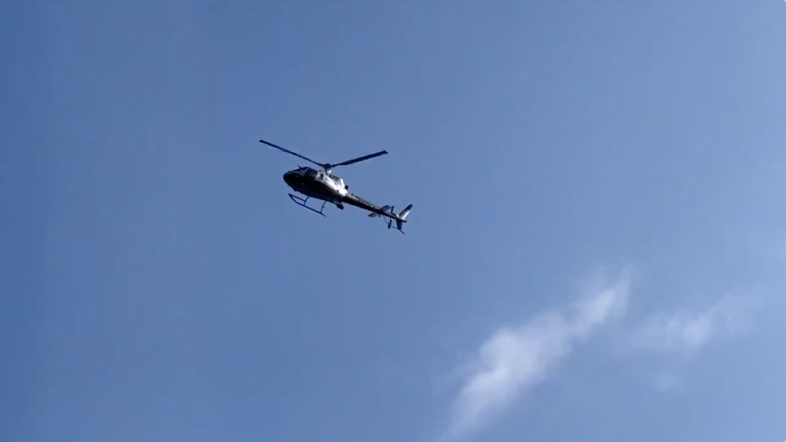 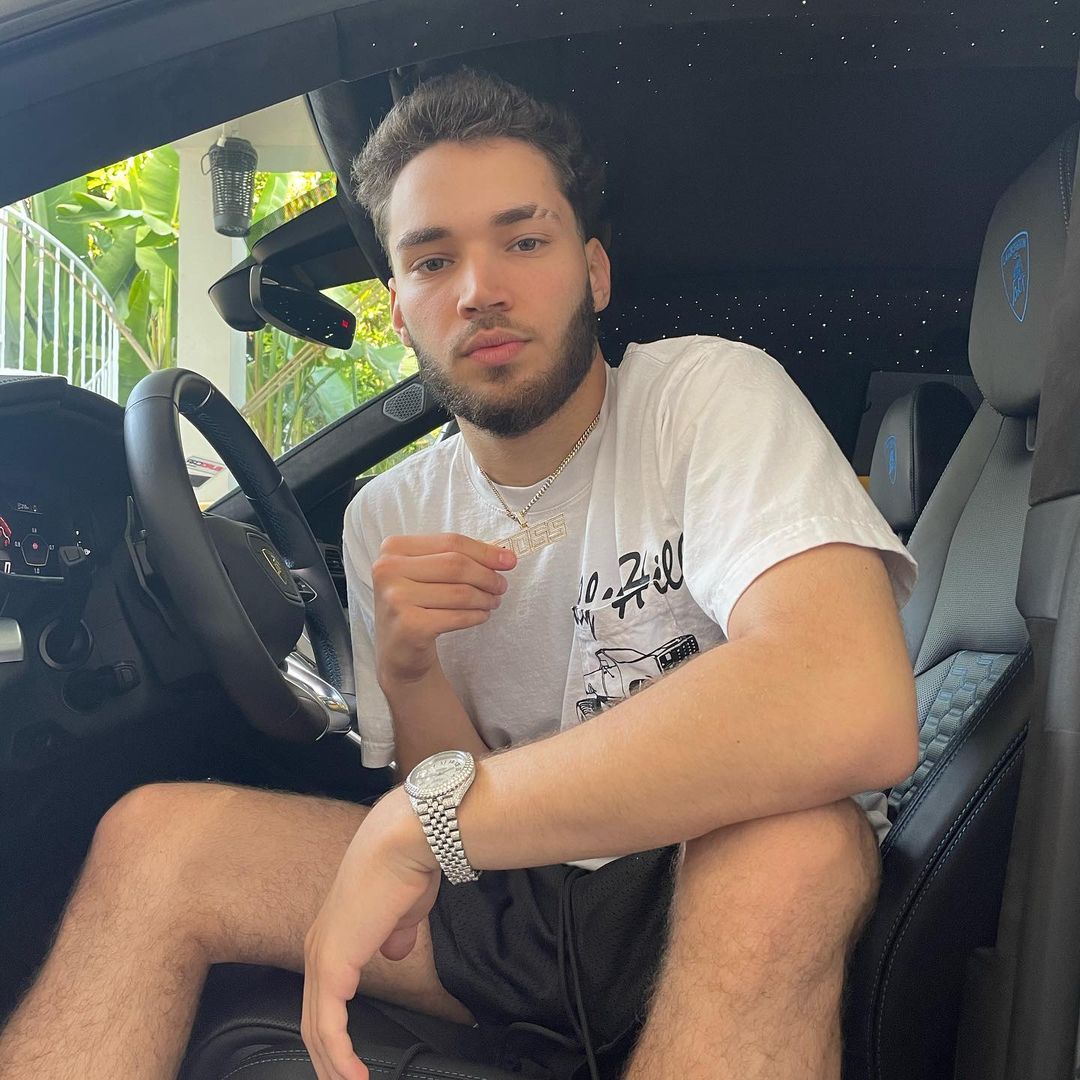 In the live stream, Adin is seen on the roof with a bunch of people as sirens and a helicopter can be heard in the background.

At one point Adin said: "We're not doing anything illegal … bro, this is getting crazy."

Adin later took to Twitter to comment on the incident, saying: "Bro that arrest was fake I was scared sh**less. Bruh, one of u guys called fake cops to come and fake arrest me .. y’all weird as.

"But fr tho Someone called a real swat team during the actual rooftop meetup and whoever did that is a real piece of [s***]."

The US Sun has reached out to the LAPD for comment.

The shocking events come just days after Adin was banned from Twitch for one day, after a July 7 stream that showed him texting and driving, Dexerto reported.

Following the incident, Adin apologized by tweeting: "Just got banned in twitch. I think it’s a perm guys … this is not good AT ALL.

"I was at a red light during my irl stream and I read chat off of my phone. I am 100% in the wrong I’m so sorry. Idk when I’m gonna be back tho … I’m shaking rn I’m so sorry I feel horrible."

Meanwhile, that wasn't the first time Adin was banned from the streaming platform.

On April 10, 2021, Adin was streaming alongside friend and fellow YouTuber Zias, but there were times throughout the stream Adin went out of the camera shot.

In one of these intervals, Zias took a phone call and proceeded to call Adin a "f*****."

He used the homophobic slurs, all while still under the watchful eye of thousands of Twitch viewers.

As a response, Adin immediately contacted Twitch to find out if he’d get banned and though the streaming company had informed him that he would be fine, given it was Zias who said it, he was banned anyway.

Adin took to social media to express his disappointment at the decision: "Just got banned on Twitch. Wtf bro."

In response, his fanbase kickstarted a #FreeAdin hashtag which the streamer himself supported, tweeting: "Free Adin #freeadin. Mfs don’t wanna see me win. All G tho… let’s hope it’s not a perm."

But fortunately for Adin, he was back on Twitch on April 13, tweeting: "Im back. Unbanned from twitch."