UK breaks Covid vaccine record with more than 660,000 jabs doled out in a DAY

THE NHS has broken a new Covid vaccine record with more than 660,000 jabs doled out in a single DAY. 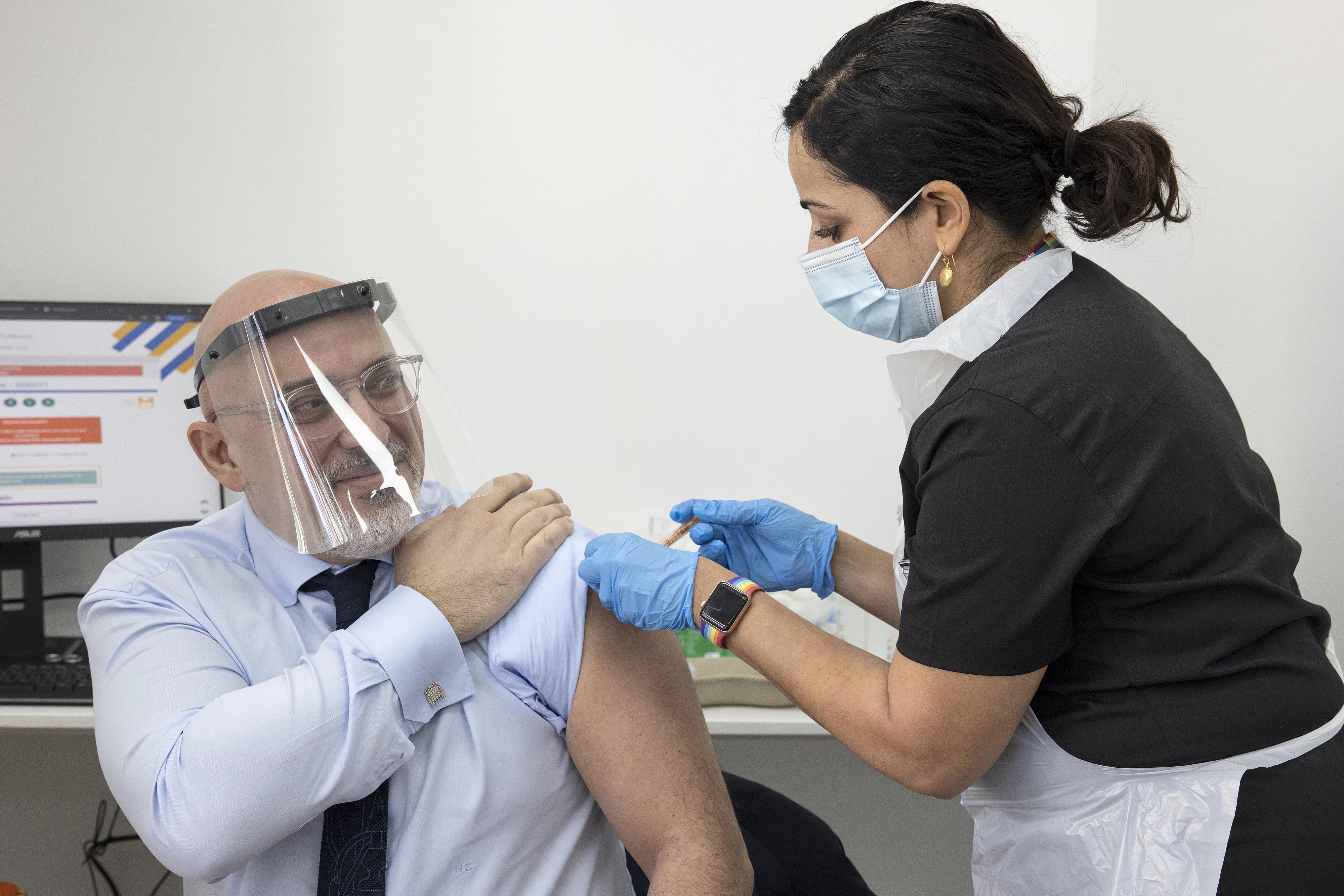 The is now just 300,000 jabs short of having jabbed half the entire adult population.

4,802 people tested positive for Covid yesterday, down on yesterday, and there were 101 deadths.

Matt Hancock said today the vaccine stats were a "mammoth team effort" and paid tribute to everyone involved.

It came as vaccines minister Nadhim Zahawi got his own jab today.

PM Boris Johnson will get his today too.

Every adult has been promised one by July.

But ministers admitted this week that this week would have "bumper" supply, it was likely to drop off next month.

Under 50s will have to wait for millions more doses to come in to get their jabs.

Instead the NHS will refocus efforts on jabbing anyone who turned down one the first time.

But Boris vowed that all second doses would go ahead as planned and no appointments would need to be cancelled as supply was still on track.

Mr Hancock yesterday admitted it was partly because the UK was waiting on the next shipment of jabs from India.

And 1.7million vaccines need to be rechecked for safety reasons too.