Only one of the 12 victims named was not a city employee.

The FBI released its final report on the mass shooting at the Virginia Beach Municipal Center nearly two years ago that left a dozen victims dead, concluding that the shooter “was motivated by perceived workplace grievances, which he fixated on for years.”

DeWayne Craddock, a 40-year-old who worked in the city’s public utilities department, walked into his workplace of nine years on May 31, 2019 and fatally shot 11 coworkers and a contractor who was getting a permit. Four more people were seriously wounded in the attack and Craddock was killed by police.

The FBI said Wednesday that Craddock’s perceived grievances began in 2014, at which point he “purposely isolated himself by disengaging from relationships to conceal his intentions.”

“The shooter’s inflated sense of self-importance contributed to this conflict and led him to believe he was unjustly and repeatedly criticized and slighted,” the FBI’s Behavioral Analysis Unit wrote Wednesday. “Violence was viewed by the shooter as a way to reconcile this conflict and restore his perverted view of justice.” 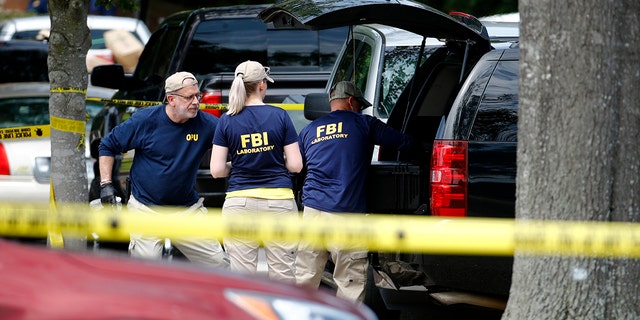 Members of the FBI load equipment into a vehicle as they work in a parking lot outside a municipal building that was the scene of a shooting, Saturday, June 1, 2019, in Virginia Beach, Va. (AP Photo/Patrick Semansky)

The Virginia Beach Police Department concluded in March that they could not determine a motive in the shooting, but did say that Craddock started having performance issues at work in 2017, the same year that he finalized a divorce from his wife.

That year, Craddock’s family members said he “began to withdraw and had very little social interactions with others.”

“The suspect’s ex-wife observed that the suspect exhibited signs of paranoia and relayed that he believed others were talking about him,” the city’s report found.

A year later, Craddock received a poor performance review at work and did not get a merit salary increase. 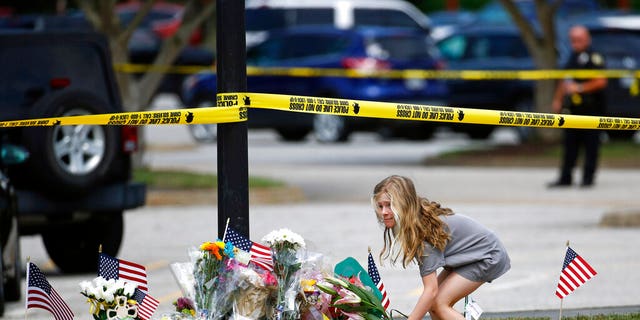 A girl leaves flowers at a makeshift memorial at the edge of a police cordon in front of a municipal building that was the scene of a shooting, Saturday, June 1, 2019, in Virginia Beach, Va. (AP Photo/Patrick Semansky)

Coworkers described him in various ways, with one person calling him a “jerk” and another calling him “nice.” One witness said he seemed “schizophrenic,” but Virginia Beach police noted that this was just the opinion of one person who does not have medical training.

“Despite exhaustive investigative work and in spite of unsubstantiated rumors and accusations, it appears we may never know why he committed this heinous act,” police said at the time.

The FBI’s final assessment Wednesday may be vindicating for some family members of those killed who have pointed the finger at problems in the workplace. Jason Nixon, whose wife was killed in the shooting, said in March that Craddock was upset because he lost out on a promotion.

“Human resources dropped the ball on policies, protocol and procedures,” Nixon told The Associated Press. “My wife warned them all the time that there’s something wrong with this guy.”

Despite the FBI’s conclusion Wednesday, the agency noted that “only the shooter knew the real reason why he committed this horrific act of violence.”