In the lead-up to the 2019 election, I got to know a candidate running against a particularly bad MP, an MP whose name was associated with numerous scandals and who had a reputation for fighting against climate action, not using good arguments but by wielding mistruths and through maladministration. The opposing candidate was whip smart, ethical, personable and hardworking – a string of attributes that would have made her a much better local representative, and would have raised the bar in parliament. 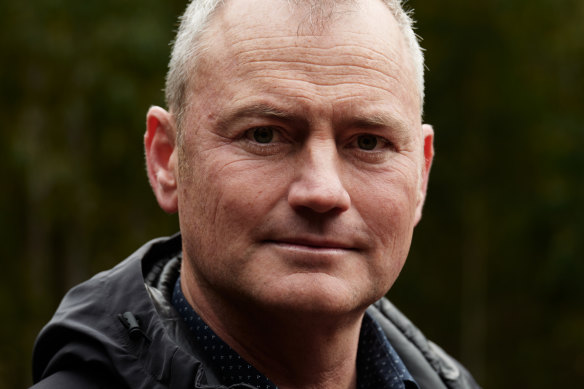 Simon Holmes a Court was prepared to hand over his own money to help a credible major party candidate.Credit:Kristoffer Paulsen

Her tilt was unlikely to be successful at the election, but if she ran a strong campaign, maybe she could put pressure on the incumbent and chip away at his margin, perhaps winning it over a couple more electoral cycles. The candidate was from a major party and for various reasons didn’t fit the criteria for Climate 200 support, but I thought her campaign was deserving of a personal donation. She disagreed, telling me: “To be honest, your money would have more impact elsewhere.”

I was taken aback. Why would a candidate not grab an offer of financial support with both hands?

“It wouldn’t be fair for you to invest more in my campaign than the party is planning to,” she said. She then explained that, as a candidate running in a seat the party considered unwinnable, she would receive a box of T-shirts, a few hundred corflute signs to put up around the electorate, and several cartons of how-to-vote cards. She wouldn’t be given a single helper from head office for the campaign and therefore was her own campaign manager. The party’s investment in the seat was well less than $10,000, maybe even half that.

Of course, on polling day the party’s rank and file would still hand out how-to-vote cards, and the candidate was running under the party’s well-established brand. In the final wash-up, she won more than 25,000 primary votes and helped bring in almost as many for the party in the Senate. In 2019, the AEC paid out $2.76 per primary vote in public funding. (Since the funding can only be paid after the final vote tallies are known, the money is only useful for paying back debts or paying for future campaigns.) So on a very modest direct investment, the party “earned” approximately $140,000 in public funding from the particular seat I was watching. In this manner, established parties leverage their strong brands to “harvest” healthy profits from non-priority electorates, adding to the war chests they need for future contests in target seats. 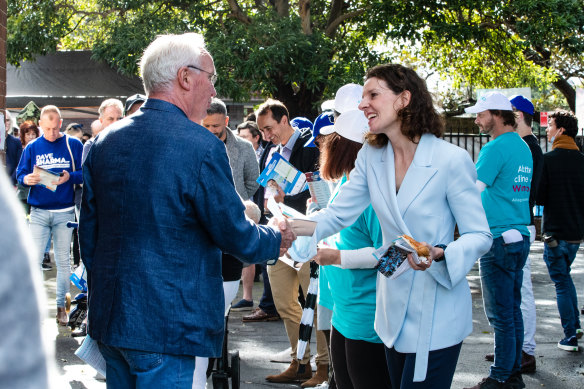 Independents don’t have the luxury of harvesting funds from other seats.Credit:Edwina Pickles

Independent campaigns don’t get this benefit. Having, in most cases, no established brand, the independent candidate must build one. There are no other seats from which they can “harvest” public funding. They receive public funding, but it arrives too late and in aggregate is dwarfed by the investment they must make to establish even the most basic name recognition.

In March 2022, Liberal donors paid $14,000 to sit next to prime minister Scott Morrison at a dinner in Perth. Trent Zimmerman raised hundreds of thousands of dollars in North Sydney by giving donors access to senior ministers at similar events. Labor in opposition also raised hundreds of thousands of dollars by promising donors access to potential future ministers. Independent challengers can’t sell access to ministers, and while they can ask for donations at events, businesses are very reluctant to be seen as financing the campaign of a contender.

Members of parliament receive other benefits. Their publicly funded office staff are often deployed during campaigns to assist the member’s re-election. Ministerial staff and those of senators not facing re-election are also often seen helping out. While incumbent independents can take similar advantage of publicly funded help, non-incumbent independents must fundraise for staff or find volunteers.

If you visited the Kooyong pre-poll booth on Guest Street, Hawthorn in May 2022, you’d have seen both Monique Ryan and Josh Frydenberg flanked by 15 to 20 helpers. At most, one of Ryan’s helpers was paid; the rest were volunteers. Chances are the majority of those handing out cards for Frydenberg were on the public payroll. The advantages don’t stop there. Incumbents have an annual communications allowance of up to approximately $250 000 that is to be spent on non-electoral matters. While most MPs are careful not to overtly break the rules, every fridge magnet, piece of mail and Facebook advertisement that carries the MP’s face establishes a publicly funded edge over their challengers. Chances are that just before the last election, you coincidentally received a few definitely-not-electoral-matter letters from your MP touting their achievements. Over a three-year election cycle, these communications and staffing benefits could easily total more than $1 million in publicly funded electioneering. 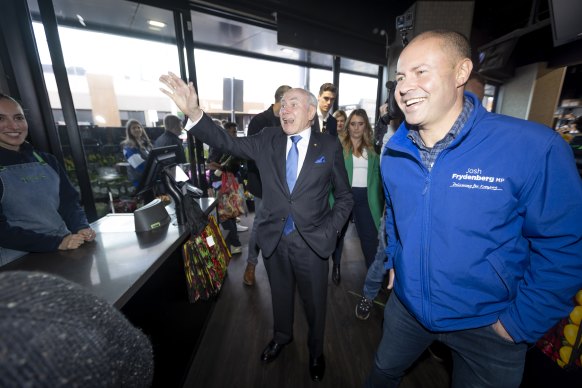 Josh Frydenberg could call on the party machine to help campaign in Kooyong.Credit:Wayne Taylor

The first $1500 donated to a political party is tax-deductible, any day of the year. However, the same donation to an independent candidate is only deductible from the declaration of nominations, at most a month before polling day. By this point, a good campaign will have spent the majority of its funding and committed all the rest. The timing disparity confers a huge fundraising advantage on the parties.

The parties also have access to the electoral roll. This list of every voter and their address is critical to the sophisticated analysis common to modern election campaigns, to door knocking and the sending of addressed mail. But independent challengers only gain access to the electoral roll mere weeks before an election, in its printed form. This is too late to be useful. To have the most basic information on voters at hand, independent challengers must pay for commercially available lists, which can cost upwards of $40,000 for one electorate.

Also consider that the previous federal government commissioned a $31 million ad campaign that ran right up to the day the 2022 election was called. The campaign, entitled “Positive Energy”, sought to neutralise the truthful narrative that Australia was a laggard on climate. It used claims that were closer to lies than spin to try to convince Australians – that is, voters – that the government had done a great job on emissions reduction and the shift towards renewable energy.

So when you add it up, independents need to raise hundreds of thousands of dollars and build a base of highly committed, talented and experienced volunteers before the playing field is remotely even. And that’s where Climate 200 comes in. We can accelerate fundraising, through matching challenges and strategic profile building, and we can give campaign advice on how to maximise the value of limited funds and restricted volunteer numbers.

After Clive Palmer spent big at the 2019 election, there were renewed calls for donation and expenditure caps, but nothing ever happened. One of the side effects of Climate 200 raising the visibility of political donations is that such calls are once more in vogue. Countless column inches and hours of airtime have focused on the “vast” sums of money we brought into the election. In fact, our contribution was relatively small – we spent almost $13 million on the campaign. We’ll likely never know exactly how much the parties spent, but we do know that in 2019 their income was huge: $181 million for the Coalition, $126 million for Labor, $84 million for Palmer’s UAP and $20 million for the Greens. Readers may argue that the parties contest many more seats than the 23 we concentrated on, but most seats are not seriously challenged, and are in fact a source of income. By any measure, Climate 200 is a relative minnow.

We’re all for a national discussion on levelling the electoral playing field – a key plank in restoring integrity to parliament – but to be fair, which is a requirement in a healthy democracy, the discussion needs to be broadened beyond donations. Australia deserves a root-and-branch review of electioneering that surfaces all of the advantages enjoyed by parties, incumbents and members of the government.

The review needs to identify reforms that make elections fairer rather than further entrenching incumbency. Until such time, independent campaigns will require significant financial support to have a fighting chance against the incumbents and the party machines.

This is an edited extract from The Big Teal by Simon Holmes a Court, released as part of the In the National Interest series by Monash University Publishing, available now.